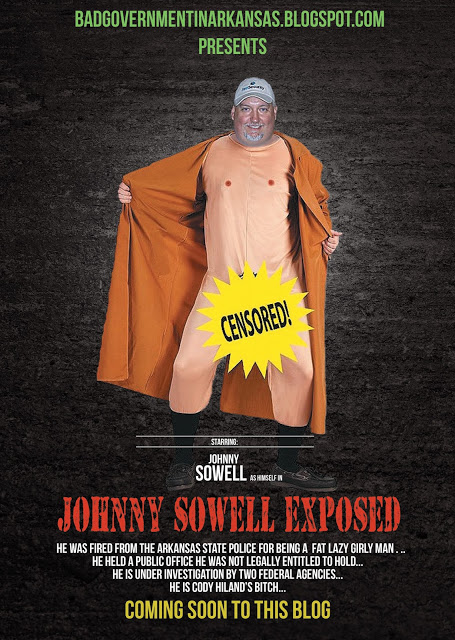 Readers will recall a post made back in October 2016 that detailed apparent misuse and commingling of funds by the 20th Judicial District Prosecuting Attorney Cody Hiland (and reported to be the next U.S. Attorney for the Eastern District of Arkansas).

The information we uncovered led to the U.S. Department of Justice investigating Hiland and his Drug Task Force head Johnny Sowell and later on to an investigation by the FBI agents assigned to public corruption cases.

That post resulted in a flood of emails to us to look into Sowell as he was illegally holding the office of Mayor for the City of Shirley and he was doing so other sketchy and possibly illegal things. Here are a few examples.

We did confirm that Sowell had illegally held the office of Mayor (he never has lived within the city limits of Shirley - more on that later on) and we did  little more digging and found some incredible and unbelievable information about Sowell's brief stint as an Arkansas State Trooper.

Sowell began his career in law enforcement with the Cleburne County Sheriff's Department in 1990 and bounced around several agencies until he wrangled his way into the Arkansas State Police in May of 1995. 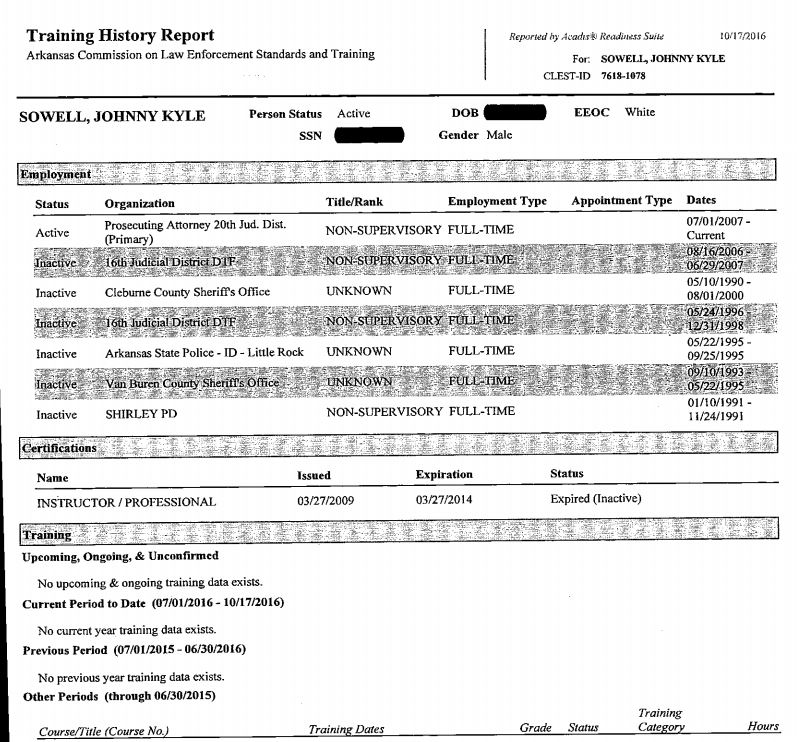 Sowell didn't last long with the Arkansas State Police.  He has the distinction of being one of the worst recruits in that agencies history. 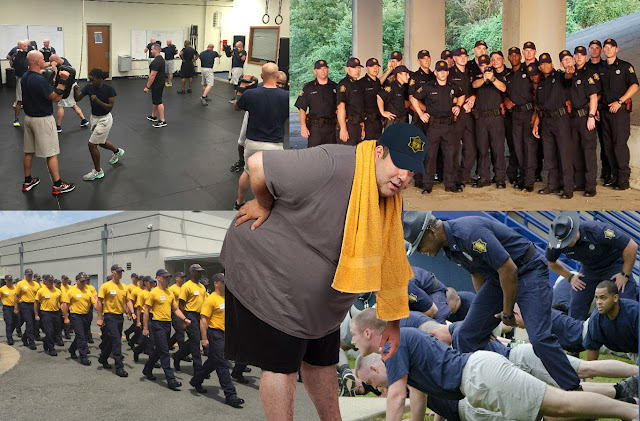 Read what his superiors had to say about him. 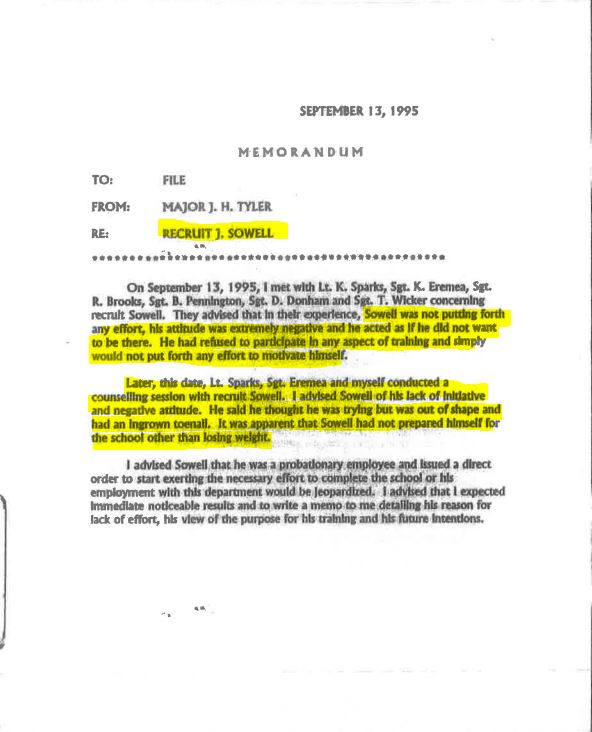 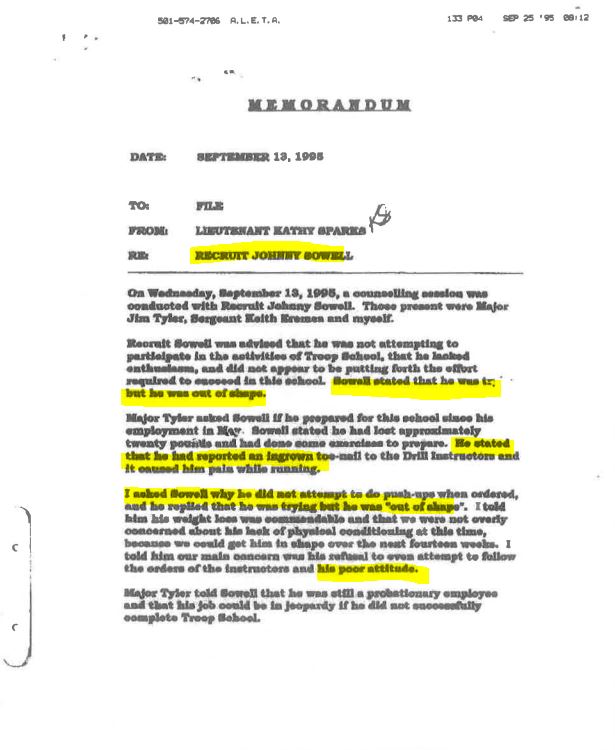 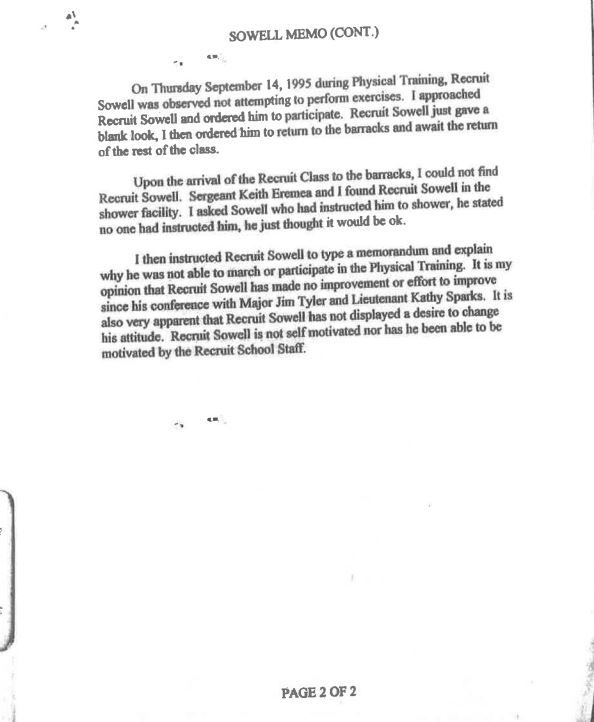 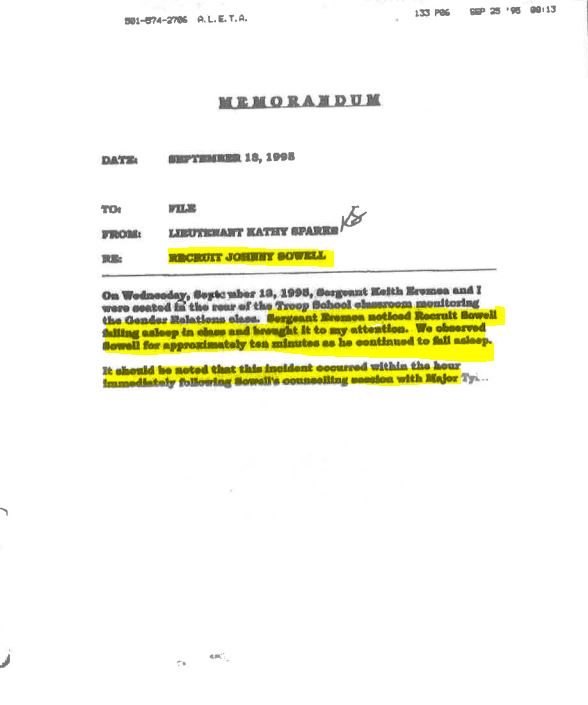 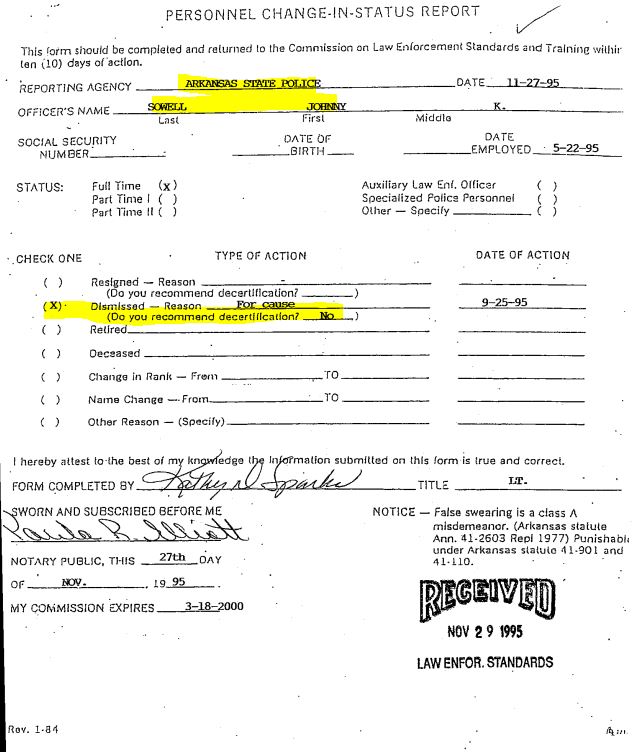 It's a wonder that any law enforcement agency would have employed him, much less the National Guard.  Sowell spent two years in Kosovo with NATO peace keeping forces (August 2000 through July 2001).  Maybe that is where he learned some of his sketchy, criminal traits.

Sowell bounced between various agencies again until 2007 when he went to work for the 20th Judicial District on their Drug Task Force.

In 2010  Sowell ran for and was elected Mayor of Shirley. The problem with that was that he was not legally entitled to run for or hold that office. 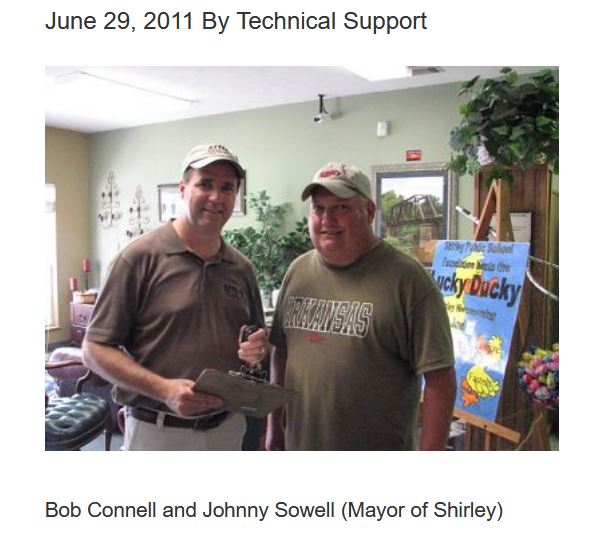 Arkansas Code Annotated  § 14-42-201 states that candidates and office holders for Mayor must reside inside the city limits during the campaign and when in office.

Sowell did not live inside the city limits of Shirley when he ran for Mayor or when he illegally held that office.

To be continued in Part 2.