Saline County Circuit Court Judge Bobby McCallister was in court on June 6, 2017, this time as a defendant in divorce proceedings, where he was questioned about his tax liability and whether he had paid his taxes. 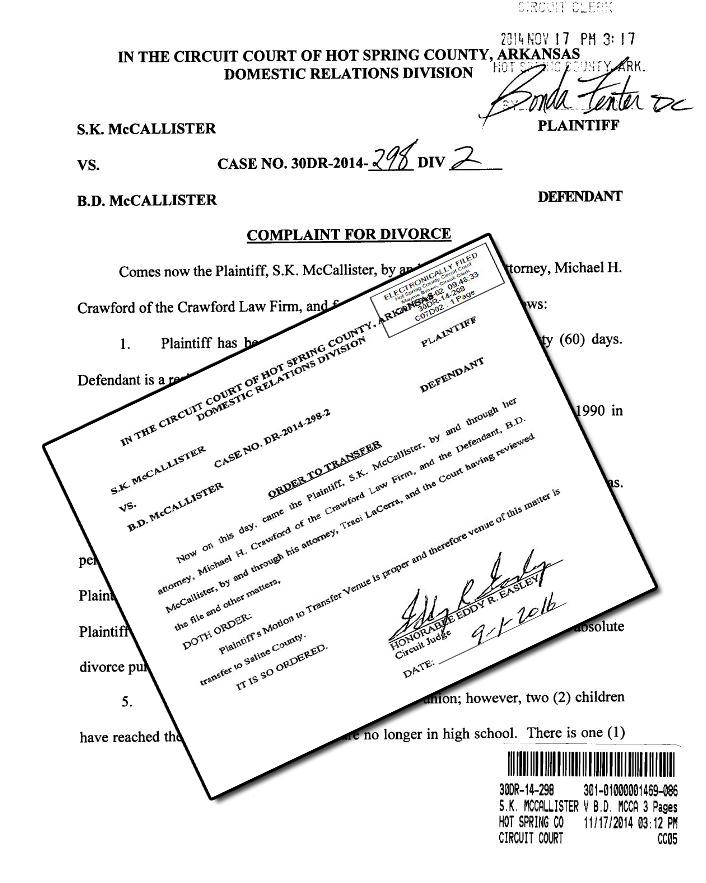 Mcallister repeatedly opted to "take the Fifth," a phrase referring to the Fifth Amendment right not to testify against oneself or provide testimony that could reasonably be used against a person in a criminal prosecution. In total, the judge "took the Fifth" seven times during that line of questioning. 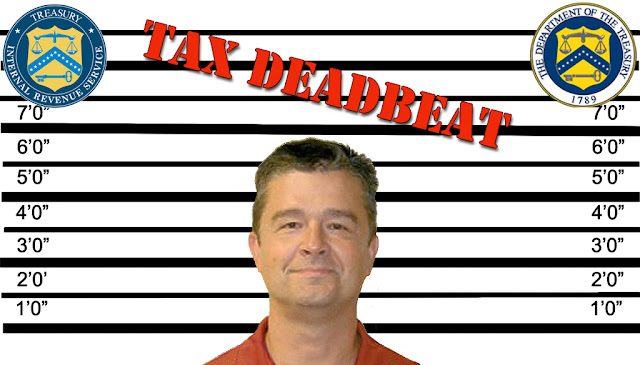 The Judicial Discipline & Disability Commission opened the investigation in March.

"To our knowledge the judge has not been charged with any violation at this time and the JDDC Investigation Panel is still obtaining all information on the allegations relevant to the Code of Judicial Conduct," David J. Sachar, the commission's executive director, said in a statement. "No additional public information is available at this time."


McCallister told reporters on Tuesday that the unpaid taxes "are really not something I can discuss at this point." He said he also couldn't comment on the JDDC investigation.

Sachar told reporters that he couldn't comment on the investigation. But he said the case would end in a dismissal or a sanction, or it would go to the full commission, which is similar to a trial.
According to Rule 1.1 of the Arkansas Code of Judicial Conduct, judges are required to follow the law. 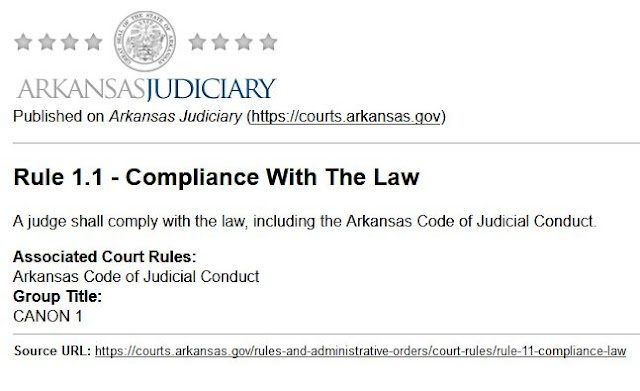 "When judges have issues with criminal law or other violations, or even violations of the code, [Rule 1] is always cited," Sachar said. "I'm not saying that's what has happened here, they're just allegations at this point. But certainly, that's something that the panel will look at as to whether it applies to the Code of Judicial Conduct. "

There is also Rule 1.2. Judges that do not file tax returns, pay taxes or answer questions put to them under oath can cause the public to question confidence in that particular judge.

McCallister currently has liens pending from the Internal Revenue Service for unpaid personal taxes between 2000 and 2007 totaling more than $100,000. He ran for Circuit Judge and took the bench in 2009. He was then re-elected to a second term. His current salary is $160,000 a year.

McCallister did not return calls or emails for comments regarding either investigation or his testimony.

McCallister's wife, however, did testify during that June 6th hearing that she was unaware taxes had gone unpaid, alleging that the IRS informed her as many as 10 years worth of taxes could be involved.


"What have you learned from conversations and from the deposition of your husband?" an attorney asked Starla McCallister.

"Well, I learned, first of all, that we had not paid taxes starting off at three years. And then I learned from another deposition we hadn't paid taxes for 10 years. Then learned it was further on," she said, according to a hearing transcript. "It kept on getting worse and worse. And then, I learned there were liens on the house for some tax years."

According to Ms. McCallister she was not aware, prior to these legal proceedings that her husband had not been filing taxes. "Because I trusted him. Because when I had tax issues, or if my tax return came in ... I would put them in a manila envelope. And I would say, 'Oh, Bobby, here's our tax stuff.' I would give them to him and then wouldn't think about them again."

After several email conversations with the Saline County Circuit Clerk's Office, they were able to provide case filings pursuant to our FOI request.

Filings indicate that Judge McCallister not only was a tax deadbeat, he was a deadbeat dad  as well.

Last July, Ms. McCallister filed a motion in which she stated that the Judge was not paying any child support and the marital home was in foreclosure as a result of the Judge refusing to support his family. 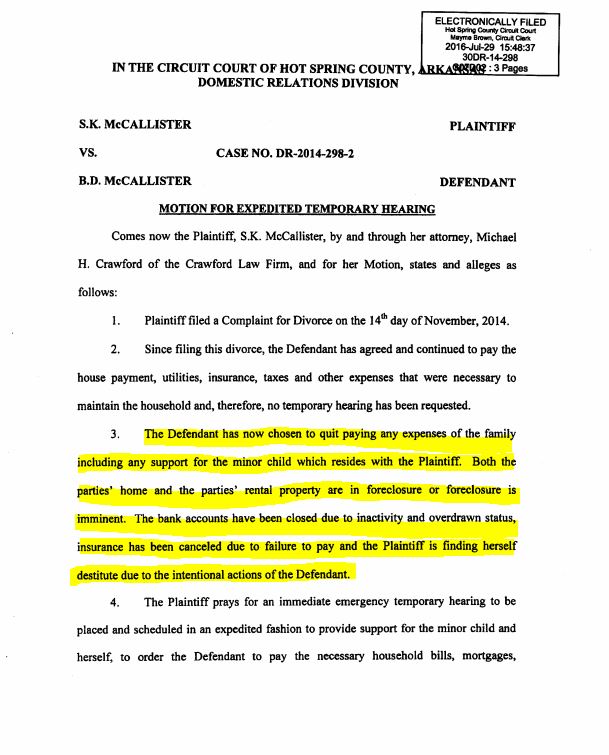 Another pleading filed in February of this year mentions the unpaid Federal Income Taxes. 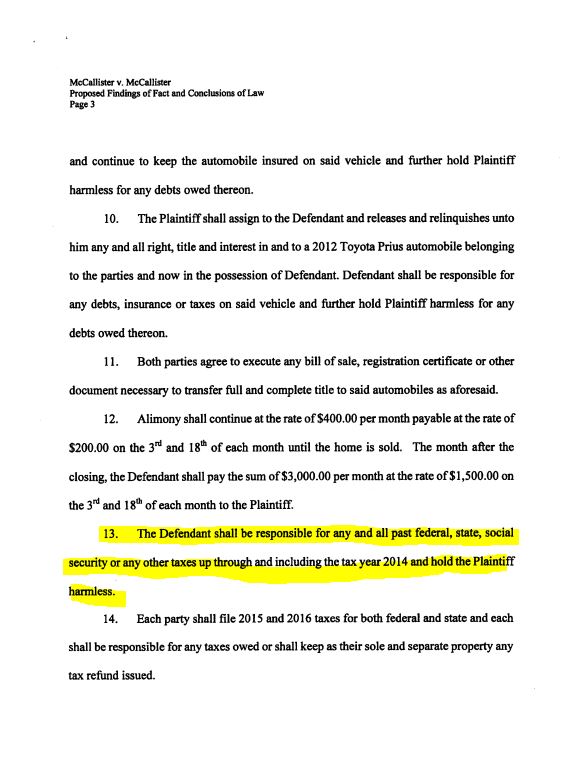 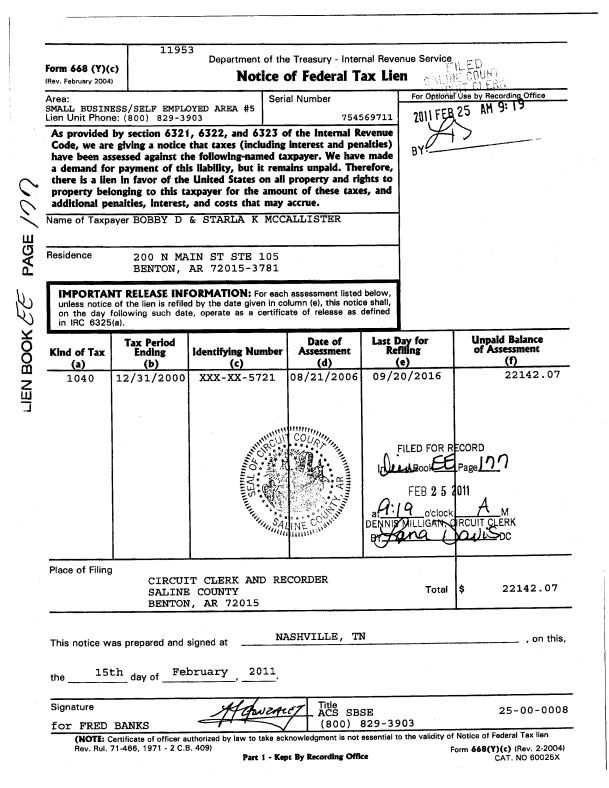 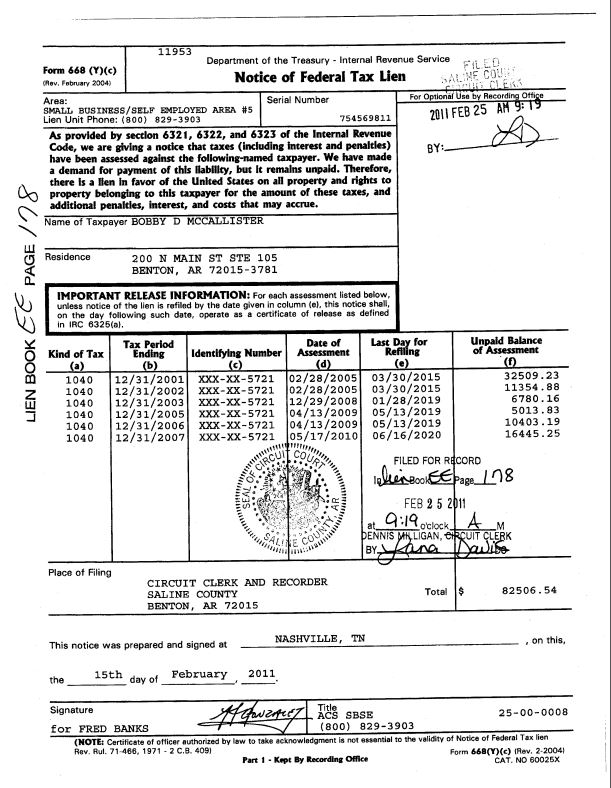 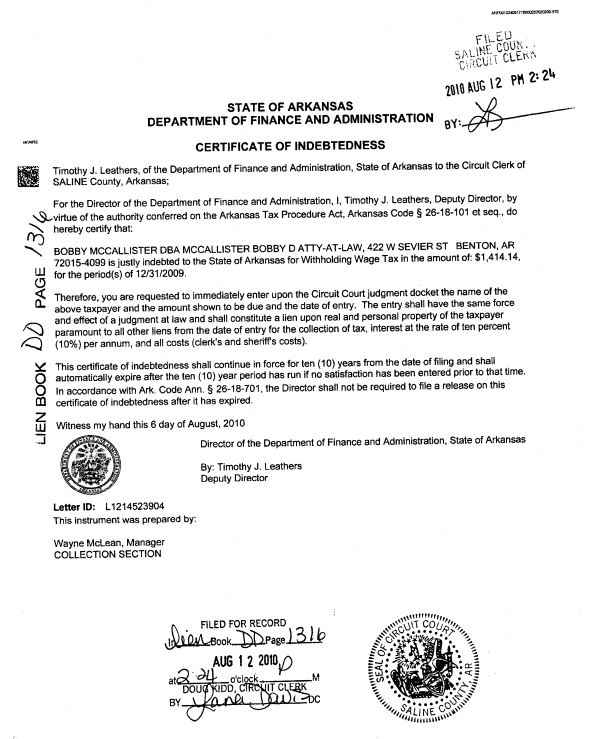 The State Tax Lien was paid, but the Federal Tax liens still exist. 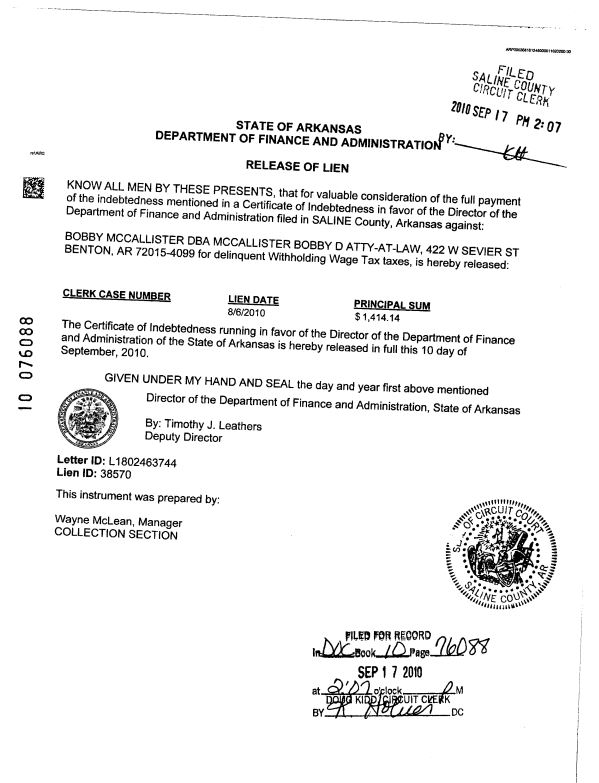 Due to the fact that McCallister was a local judge, a special judge was requested to hear the divorce case. 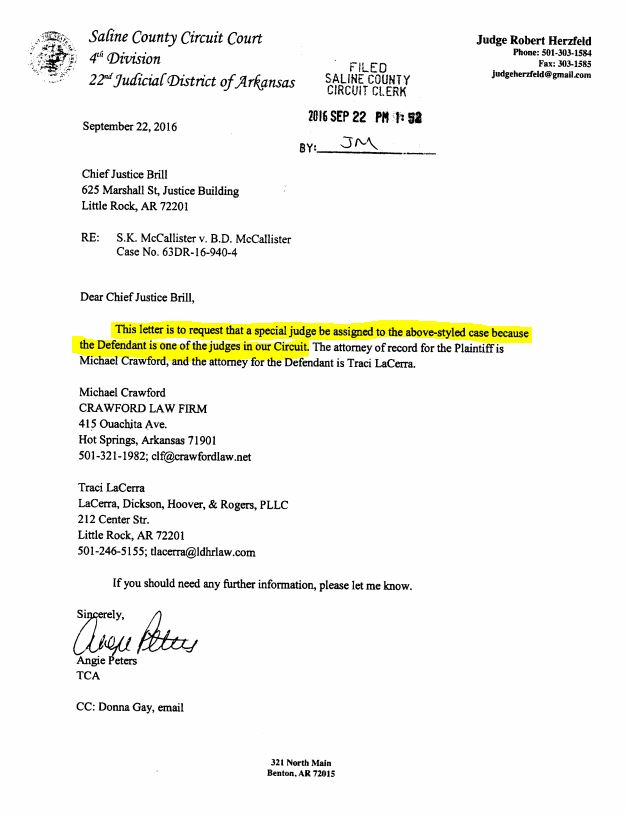 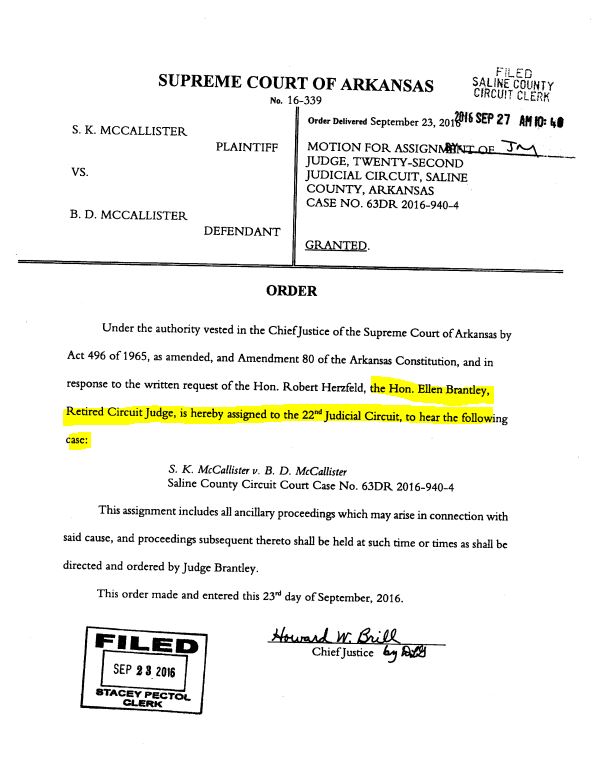