In Part 1 of this series we exposed Sowell as a failed Arkansas State Trooper wannabe and one of, if not the worst,  recruit ever in the history of the Arkansas State Police (the exception being tainted ABC Enforcement Director Boyce Hamlet).

In this installment, we will expose him as an illegal mayor of Shirley and illegal voter in city elections.

Arkansas Code Annotated §14-42-201 requires that candidates must live in the corporate municipal limits at the time they file and when they hold office.

The Arkansas Municipal League, an organization that assists Arkansas towns and cities covers this fact in one of their publications. 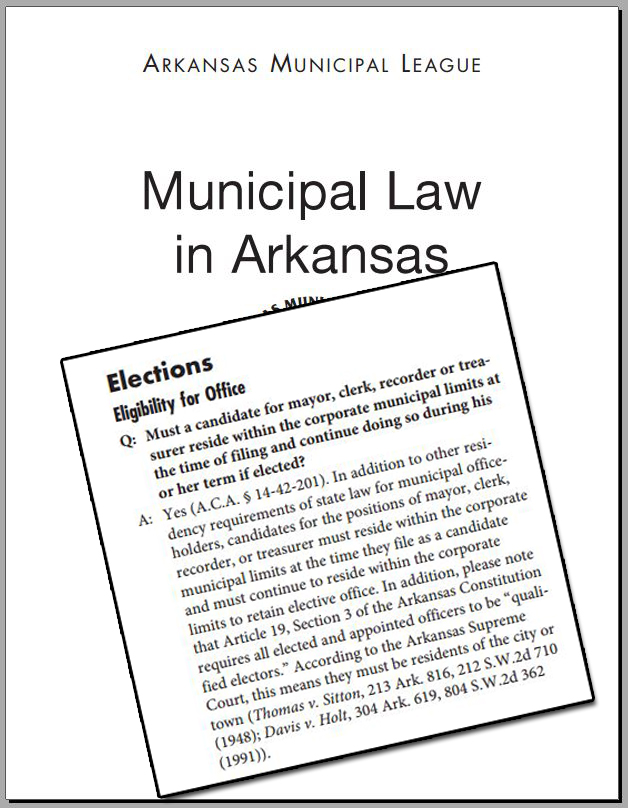 
Sowell's residence has never, repeat never, been in the corporate municipal limits of Shirley and he was not a resident at the time he ran of held the office of mayor in 2014 until his resignation in December 2016.  A clear violation of the law.

Official records of Van Buren County show that his residence is in the county, not in the city limits of Shirley.

Records on file in the Van Buren County Assessor and Tax Collector's Office both clearly show that Sowell's residence is in the county and not inside Shirley city limits and no city taxes have ever been collected or paid due to that fact that he resides in the unincorporated area of the county. 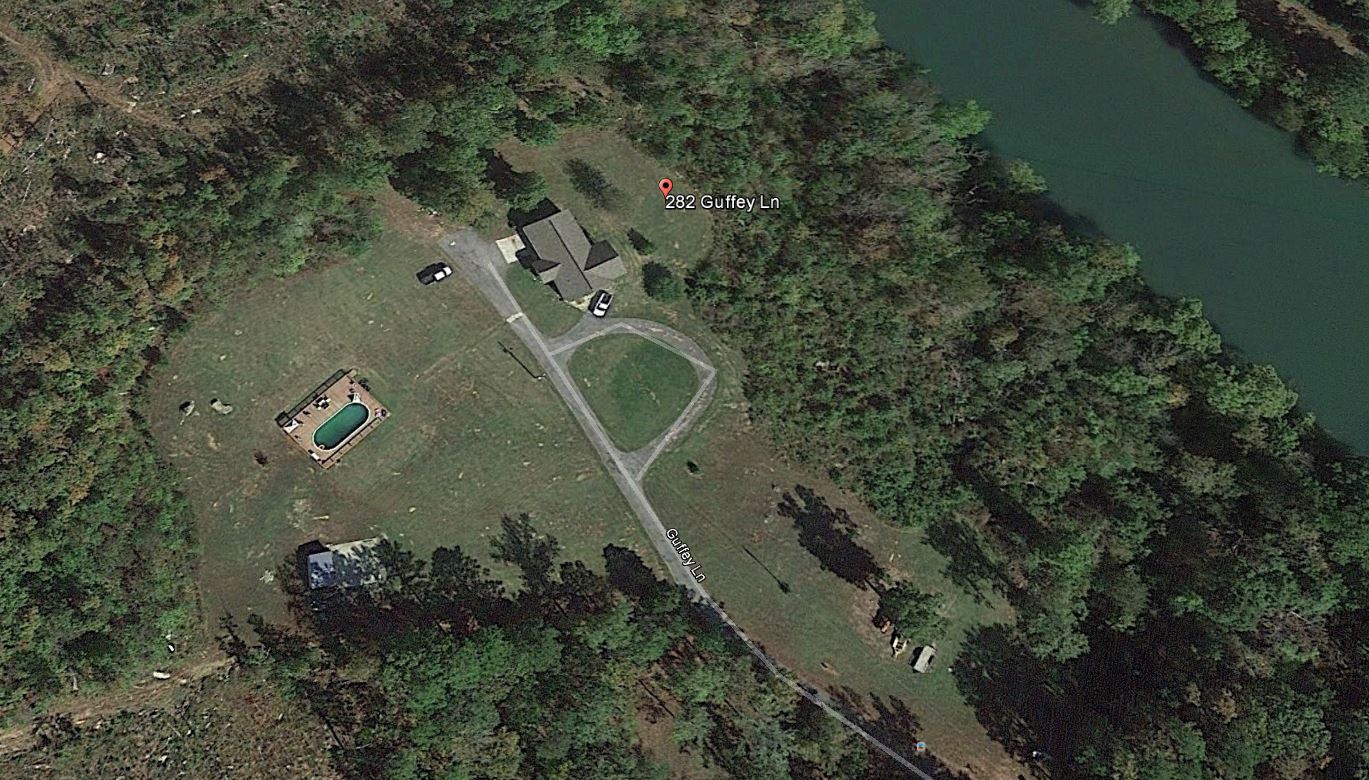 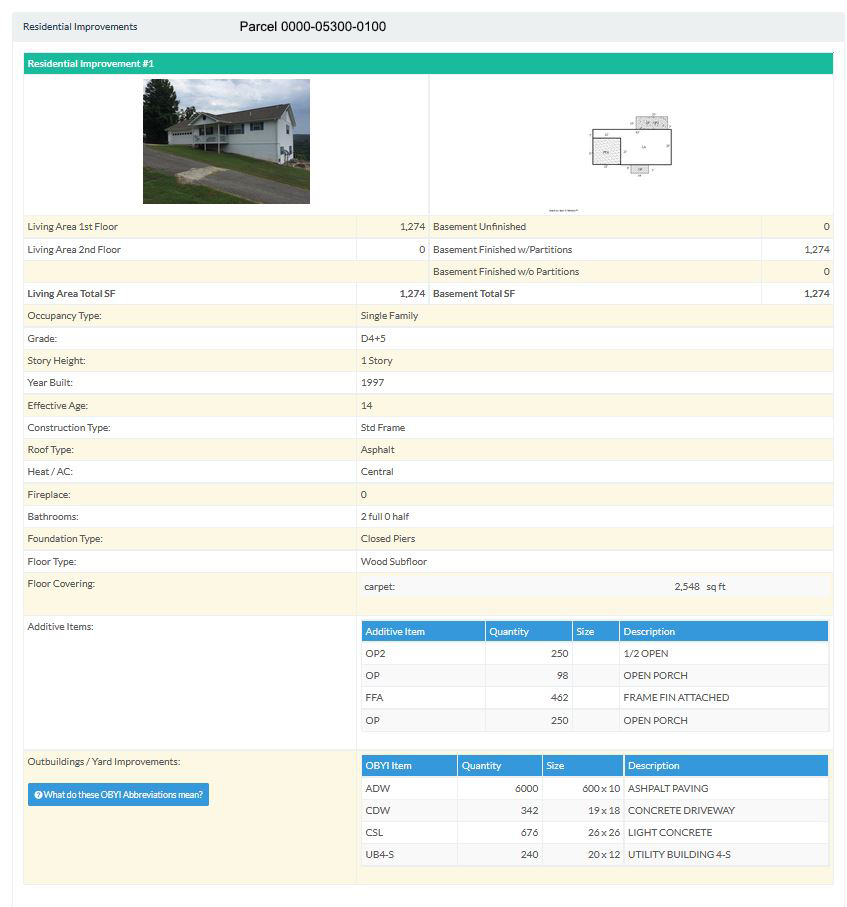 This is the 2015 tax statement, no collection or distribution for city taxes as the property is in the unincorporated part of the county. 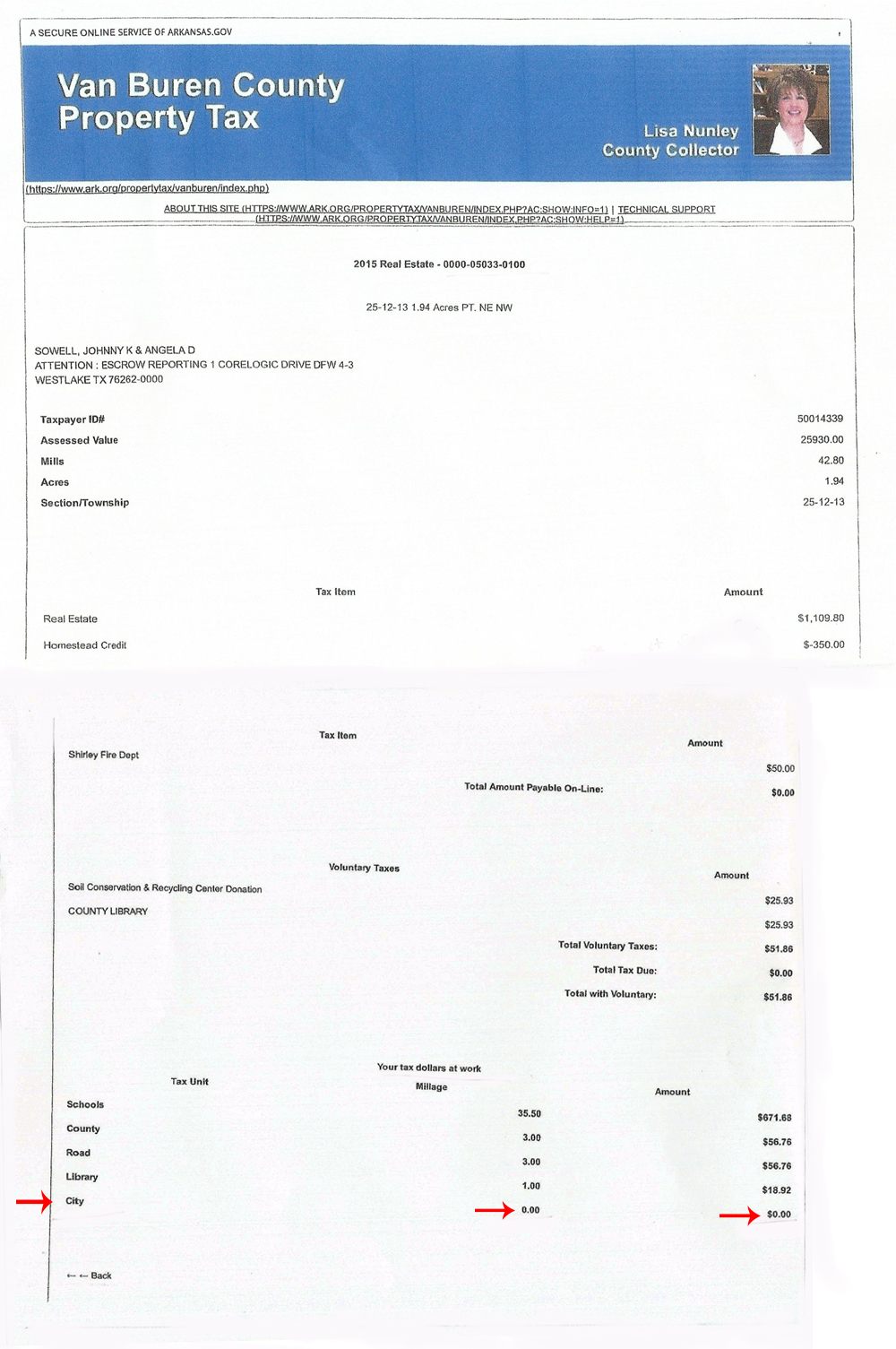 Even the personal property records indicate that no city taxes have been assessed of paid as he lives in the unincorporated area of Van Buren County. 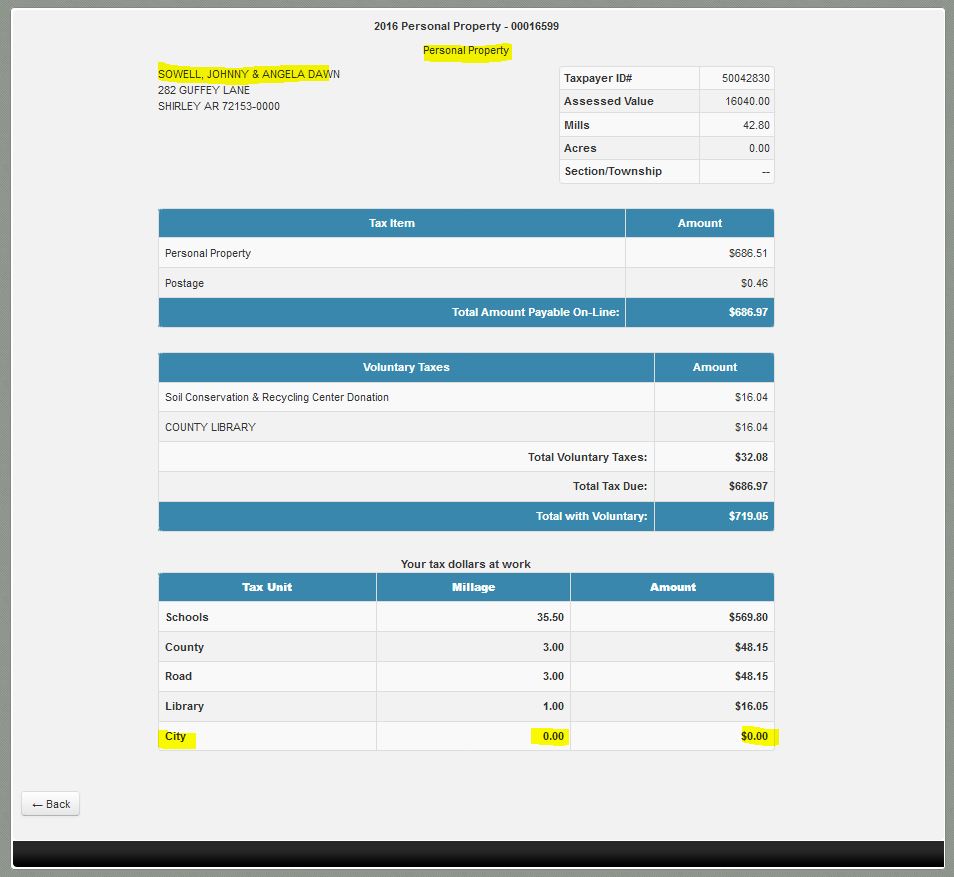 Back in 2000, Angie Sowell, Sowell's wife, requested that their residence be annexed into the corporate/city limits of Shirley.

Then in 2002,  the city sent a letter to Ralph Blagg, who performed legal work for the city when necessary. 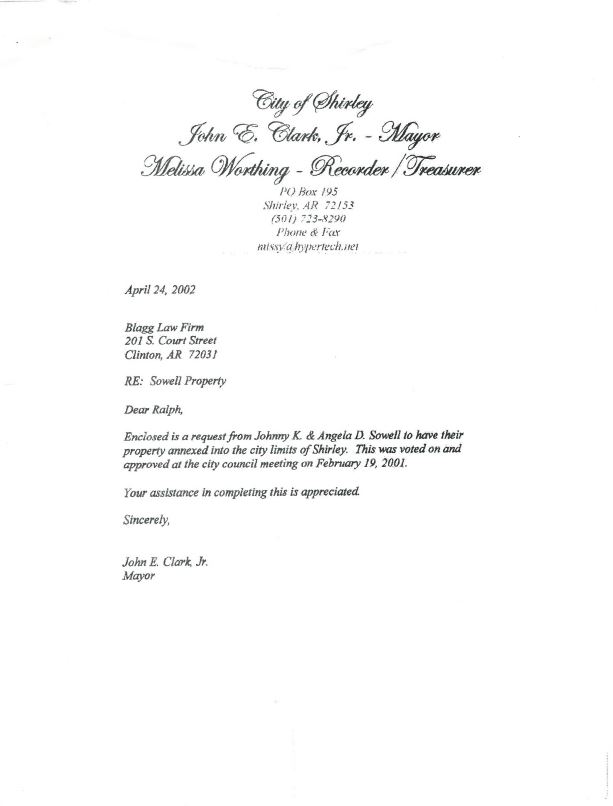 The letter to Blagg indicates that the annexation of the Sowell's residence was approved by the city council and voted on in a meeting on February 19, 2001.

This was a huge mistake by the city aldermen as they did not follow the legal requirement necessary to annex property into the city. They were not to vote on it until certified notices were sent to adjacent property owners and notices were published in the newspaper. Plus the required updated maps and paperwork were never filed with the county or the required state offices. Arkansas Code Annotated §14-40-605 states that the city council is to notify the county clerk of any annexation and submit a copy of the plat of the annexed territory and then the documents are to be sent to the Secretary of State. The  clerk is to also submit information about the annexation to the Director  of the Tax Division of the Public Service  Commission.

The Tax Division with the Public Service Commission had no record of the alleged annexation.  They told us the last annexation in Shirley took place way back in 1970 according to their records. 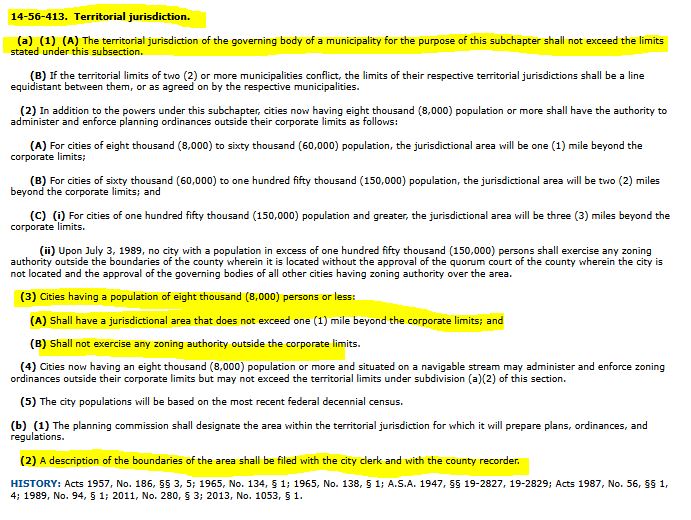 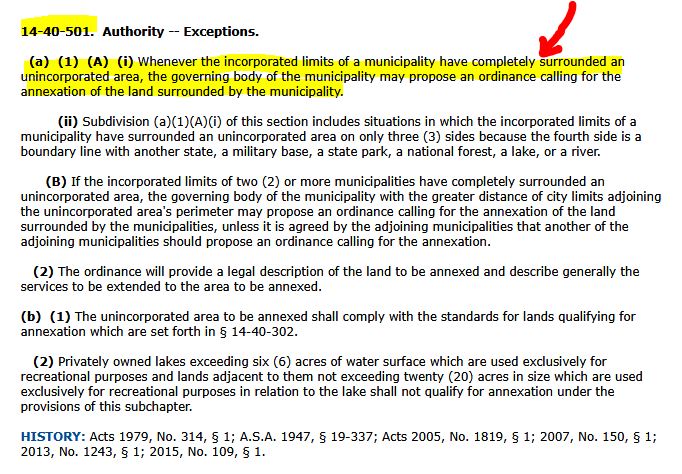 This was not the case for the Sowell residence.  It was not in anyway completely surrounded by the town of Shirley.

The Van Buren County Assessor verified that no record of the annexation was filed with the county. 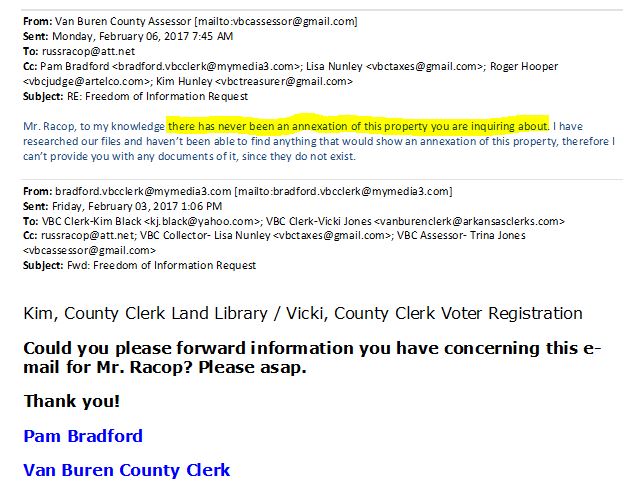 We also requested documents from the city of Shirley. The city had no records, other than the two letters (posted above) and minutes of the meeting back in 2001. They assumed Blagg took care of everything. Ha! 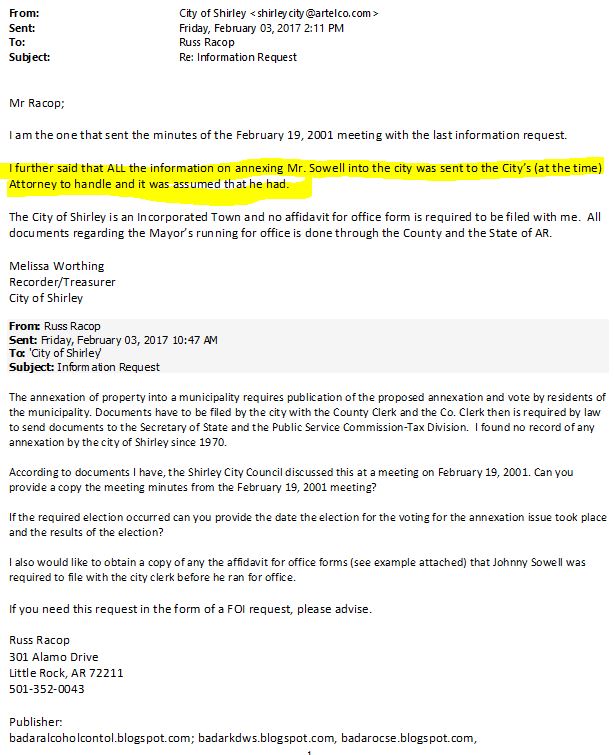 Worthing told use the same thing in a message attached to documents she mailed to us.  She also verified that the Sowell's have illegally voted in city elections. If they did not reside in the city limits, the were not legally entitled to vote in city elections. 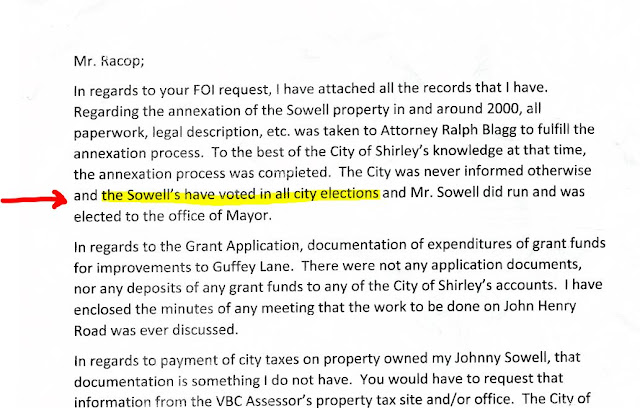 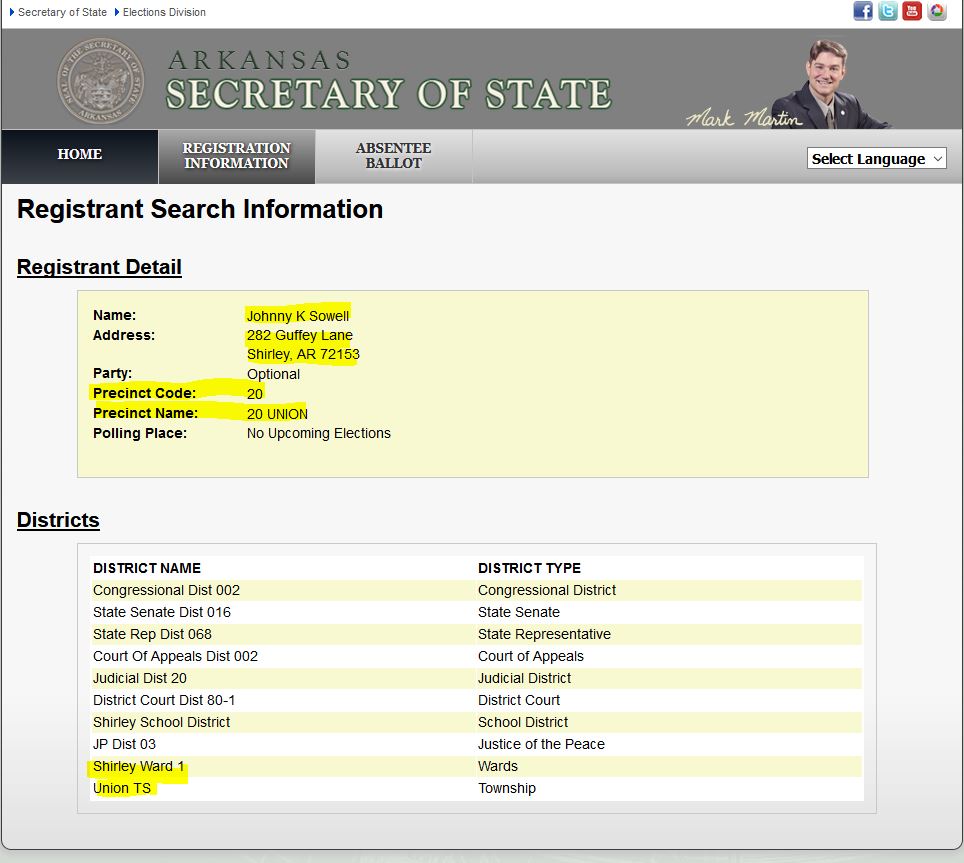 Blagg told us in a telephone conversation that he had given all the documents to the city back then and if the didn't follow the established procedures according to the law then the vote didn't mean squat.

Records filed with the state indicate that the last annexation by the city of Shirley occurred in 1970.

That means that Sowell made false statments when he filed for office. He was not legally eligible to run for or hold the office of mayor of Shirley as he was not a resident. 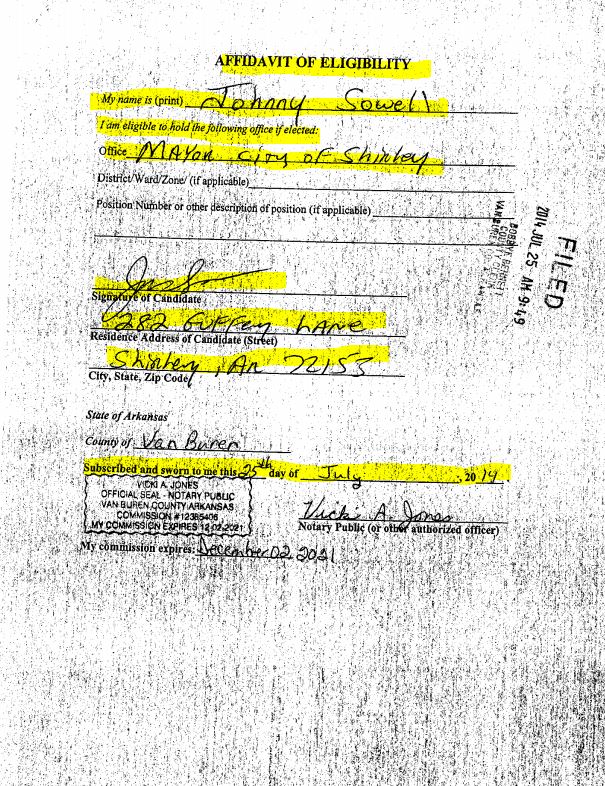 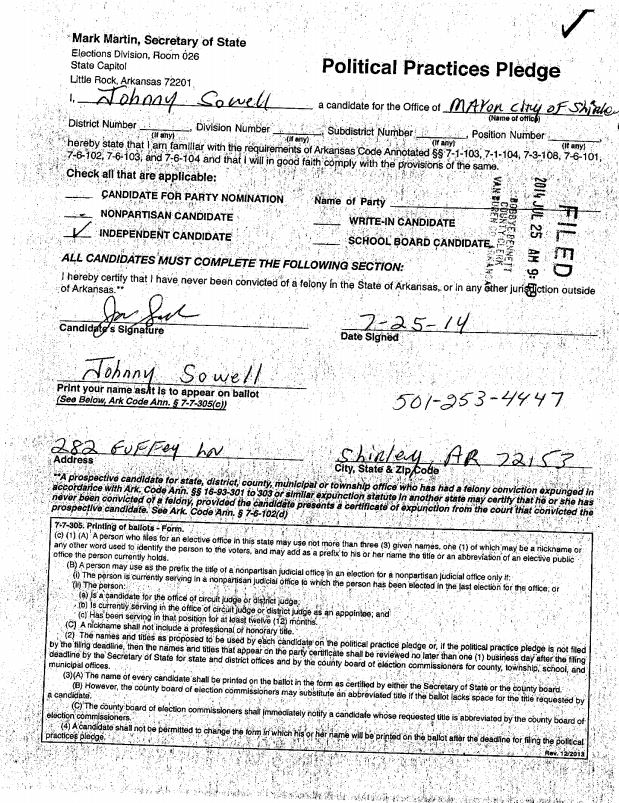 Sowell could be the subject of fines, especially of he continues to vote in city elections.

Sowell is also a prime target for an illegal exaction lawsuit.  If one is filed against him, he could have to reimburse the city of Shirley for all the funds paid to him as salary.

One has to wonder if Sowell is so stupid to not realize that no city taxes were being assessed or collected for his residence and personal property for so many years if the home had been annexed into the city. Did he notice and not care?

There is speculation that Sowell had something to do with the 911 map being manipulated to show that his home was inside the city limits.

We understand that the state Board of Election Commissioners is investigating Sowell and if they find a violation has occurred he is subject to a public letter of censure and a fine of up to $1000.  The Secretary of State's office has also expressed and interest in this matter.  Will the state Attorney General be next on the list?

Sowell resigned as mayor during a December 21, 2016 meeting of the city council.

In Part 3, we will delve into some shady dealings Sowell was involved in while he was illegally in office that led to his resignation and an investigation still under way by the FBI.