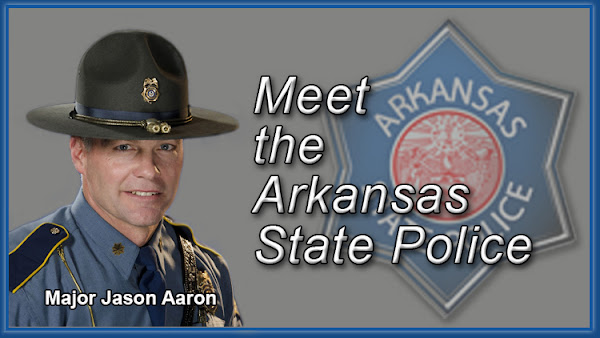 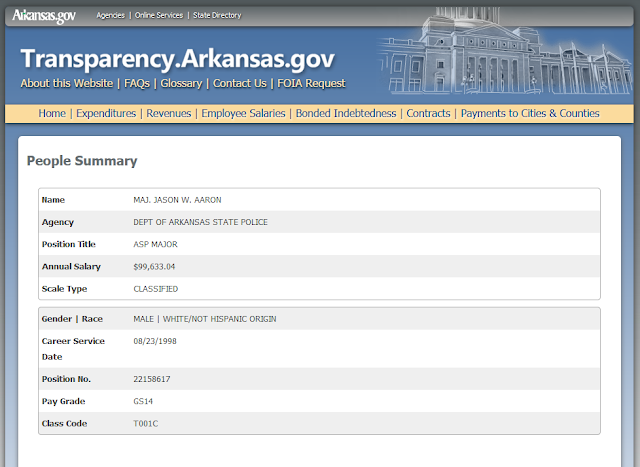 Aaron was commissioned as an Arkansas State Trooper in 1998 and initially assigned to the department’s Highway Patrol Division, Troop H (Crawford County).
His subsequent promotions and assignments include promotion to the rank of sergeant in 2006, assigned as a Highway Patrol Division post supervisor, followed by a promotion in 2012 to the rank of lieutenant and assuming command of the department’s Criminal Investigation Division, Company E headquartered at Harrison.
During 2014 he transferred as CID company commander, assuming duties at Company D, headquartered at Fort Smith and two years later was promoted to captain and commanded the Highway Patrol Division, Troop H also headquartered at Fort Smith.
Arron replaced Brian Davis, the former Troop H leader, after he was arrested by Fort Smith police for illegal sexual activity in a Fort Smith city park. 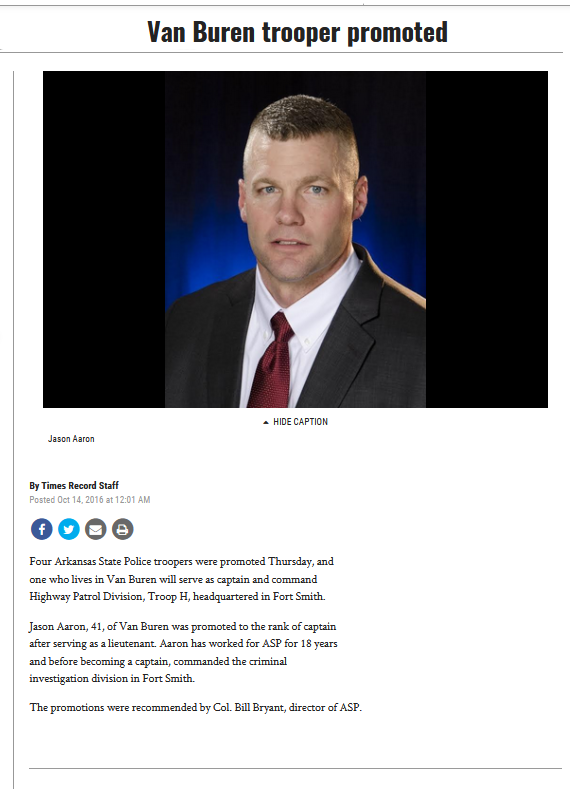 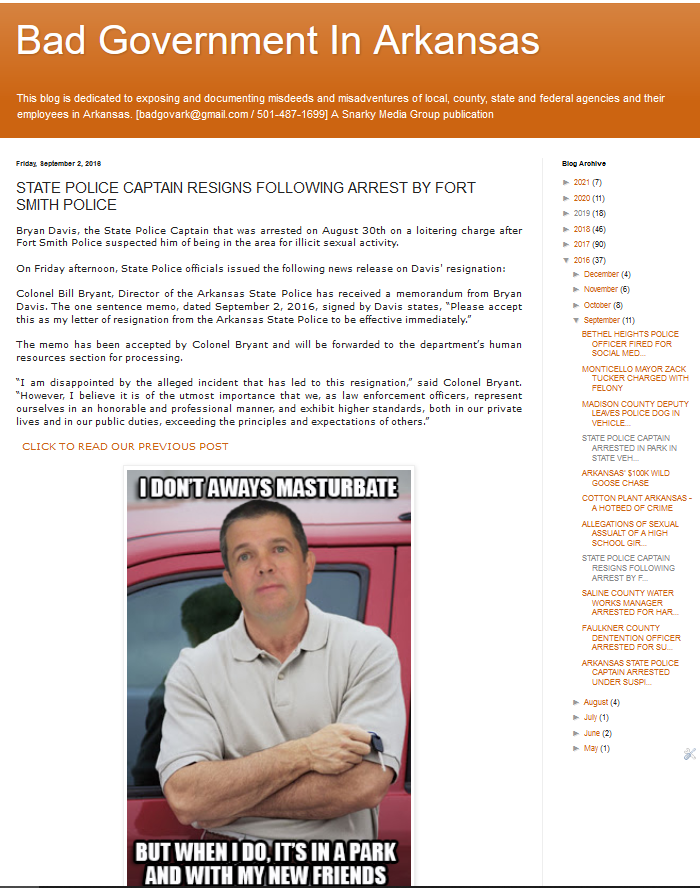 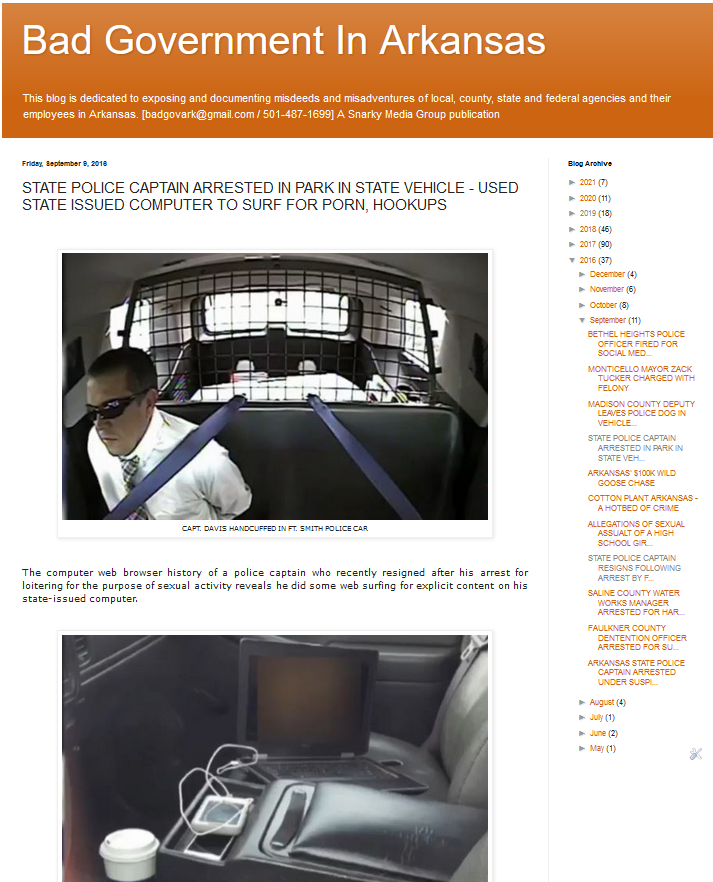 You can read our posts about Davis by clicking here and here.
On December 1, 2019, after the most recent promotion, Major Aaron was given command of the Arkansas State Police Highway Patrol Division, Eastern Region encompassing six troops in east, central and south Arkansas.
Aaron is a resident of Crawford County. 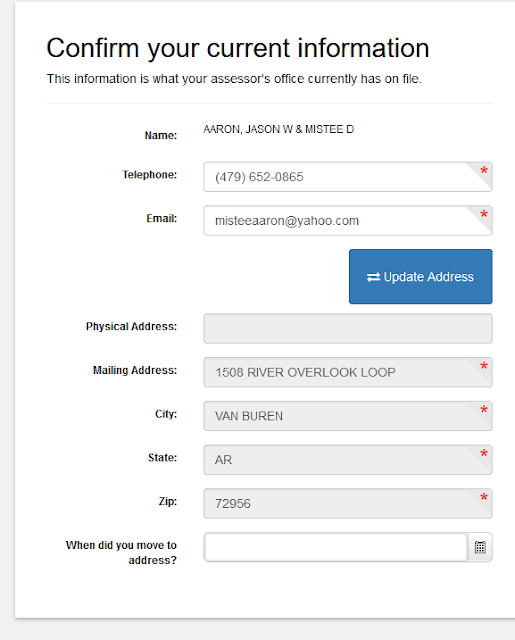 In 2004 when Aaron was just a regular trooper, he was involved in a traffic stop.
Aaron became suspicious of the Hispanic driver because he observed the driver of the vehicle had a brand new cellular telephone, new atlases, fast food wrappers, and energy drinks scattered in the front.   Aaron considered the presence of these items as indicators of possible criminal activity.
What a crock of shit. That scene applies to most anyone making long road trip in unfamiliar areas.
Aaron harassed the driver for a few minutes make him nervous, and subsequently wrote the driver a warning ticket for following the vehicle in front of him too closely.
Additional state troopers arrived, after the warning ticket had been issued,  making the driver more nervous than he was before.
With adrenaline rushing in their bloodstream, troopers then searched the vehicle and found three boxes containing around 95 pounds of weed.
The Arkansas Court of Appeals agreed with the driver and found that Arron that the trial court erred in failing to suppress the evidence seized from the traffic stop because a reasonable suspicion did not exist to continue to detain the driver after the warning ticket was issued. 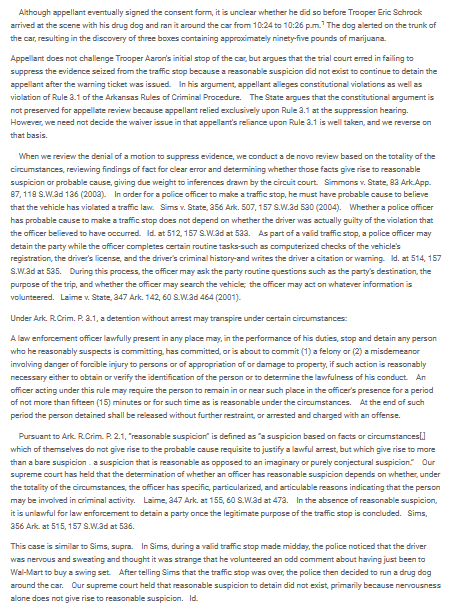 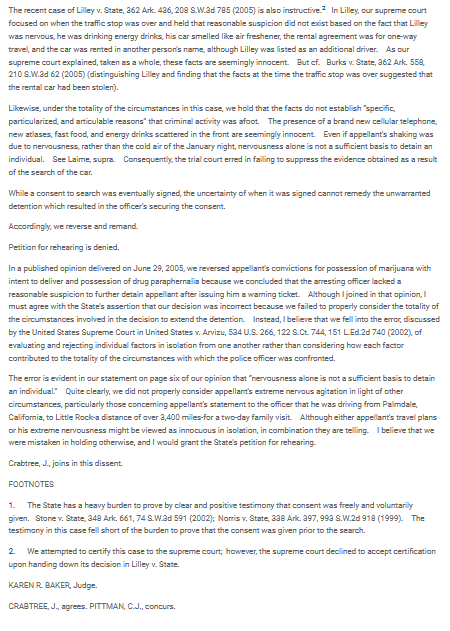 Arkansas State Troopers are still pulling individuals over like Aaron did back in 2004.

You might recall the post we made about Arkansas Law Student Marion Humphrey, Jr. who was pulled over last year for driving while black. 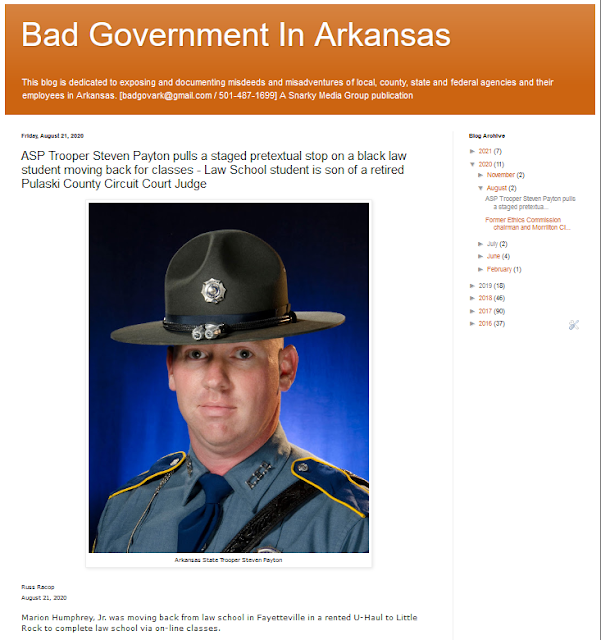 Here's a video of that incident.

Coming up next in Episode 4 of Meet the Arkansas State Police we will feature Trooper Alan Aiken, one of the insurrectionists at the failed coup on January 6th in Washington D.C. 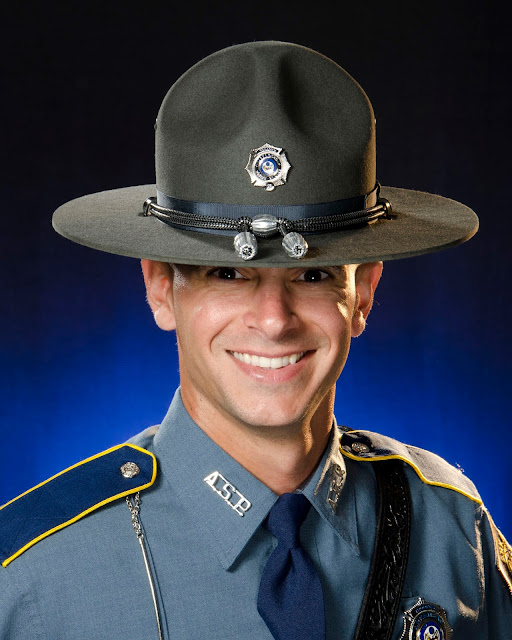