Allen Scott Pillow, 56, of Paragould, AR, a former Arkansas State Police investigator and lieutenant with the Greene County Sheriff's office was sentenced to two years in prison and fined $15,200 on April 21st  after pleading guilty late last year to stealing more than $30,000 in government funds when FBI agents set him up in a sting operation in late 2019.

Pillow was arrested Nov. 5, 2019, after the sting operation during which Pillow pocketed $30,400 in cash that he believed was part of $76,000 in illegal drug proceeds he had recovered from a planted rental vehicle.

The money was recovered the next day after a search of Pillow and his home. He pleaded guilty in December to one count of theft of government property before U.S. District Judge Lee P. Rudofsky.

According to the complaint, FBI agents contacted Pillow on Nov. 4, 2019, to request that he search a vehicle parked on the Lowe's parking lot in Paragould. Agents told Pillow they were Tennessee law enforcement officers who had tracked the vehicle from Tennessee but lacked authority to do anything more than keep the vehicle under surveillance outside of the state.

The complaint said the vehicle had been left in the parking lot, unattended, with a glass pipe and a partially opened red backpack in plain view from outside the vehicle. The backpack contained $76,000 in cash in 10 bundles of $7,600, each with the serial numbers recorded.

Pillow searched the vehicle and confiscated the backpack and the pipe, then headed to the Greene County sheriff's office after telling investigators he would let them know how much money was in the backpack once he had counted it, according to court records. Later that day, Pillow called one of the undercover officers and told him he had recovered $45,600 from the backpack.

The next morning, FBI investigators executed a search warrant on Pillow's home, his department-issued vehicle, and the narcotics office and evidence storage area of the Greene County sheriff's office, according to court documents. Pillow was found to have $2,300 in cash in his pants pocket that matched to the missing money. Another $23,820 was discovered in a safe hidden inside a cooler in the attic of a detached garage at Pillow's home. The remaining $280 was not recovered.

Investigators found documentation at Pillow's office indicating that he had filed an initial report that said $45,600 in cash that was recovered from the backpack was placed into evidence.

It wasn't the first time the disgraced former ASP Trooper was involved in a situation with cop money.

In 2014 Pillow was employed by the Arkansas State Police as a sergeant in an undercover capacity. He was caught exchanging $600 of his personal funds for alleged counterfeit money in an undercover operation and being "untruthful" (cop-speak for lying) in an internal investigation. Pillow should have been fired but was only demoted to the rank or corporal with a reduction in pay. 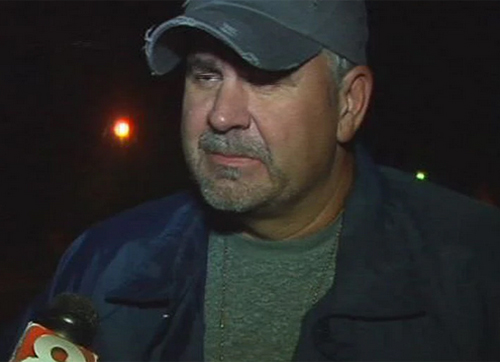 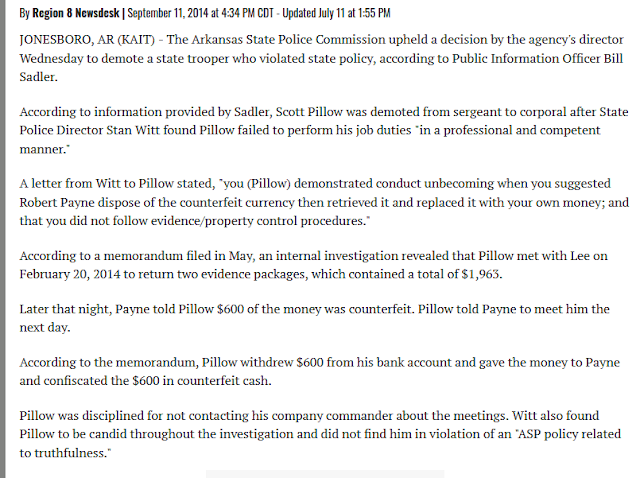 The demotion didn't last long as this social media post made by the Arkansas State Police indicates - he had his former rank and pay back by July 2016 in spite of his being a document liar, a/k/a, A Brady Cop. 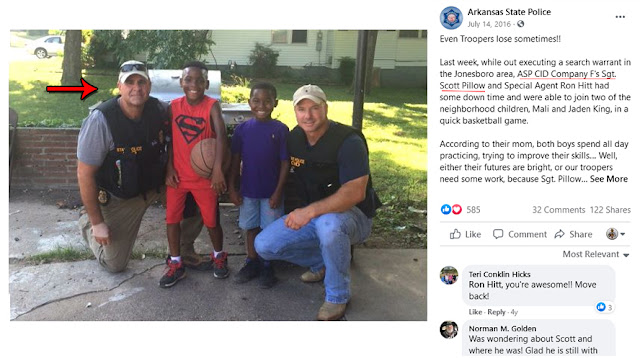 We have a serious problem here in Arkansas and throughout the United States with law enforcement agencies that have corrupt, lying cops on public payrolls instead of having their law enforcement credential permanently revoked.

Unfortunately the Arkansas State Police is no exception and they have refused to provide public records regarding Troopers.

Stay tuned for information about that.