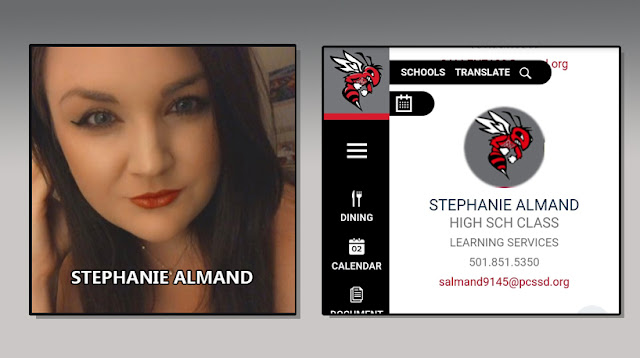 Last Friday, May 7th,  mainstream media outlets reported about a 28 year old female teacher at Maumelle High school at was reportedly involved in an illegal sexual relationship with a male student under the age of 18. None of these media outlets would name the teacher. 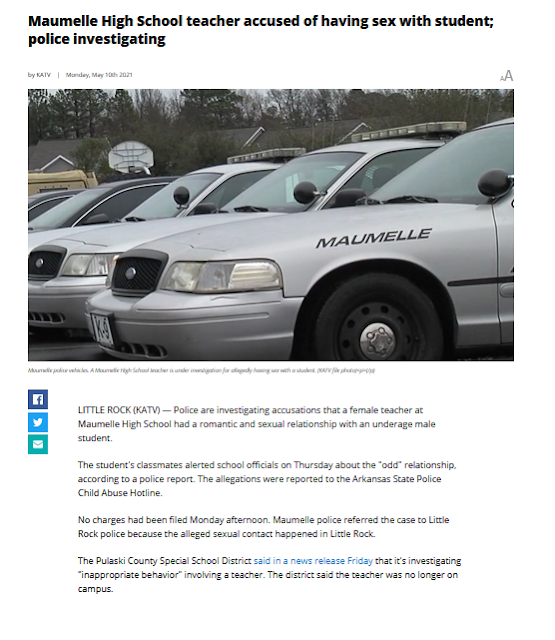 Why these main stream news outlets lacked the courage to name the teacher is a question you will have to ask them.

The allegations made against her and her name is public information (and are public records) and we have the courage and the obligation to post those them.

This is not the first time a teacher at Maumelle High School has been caught having sex with a student. 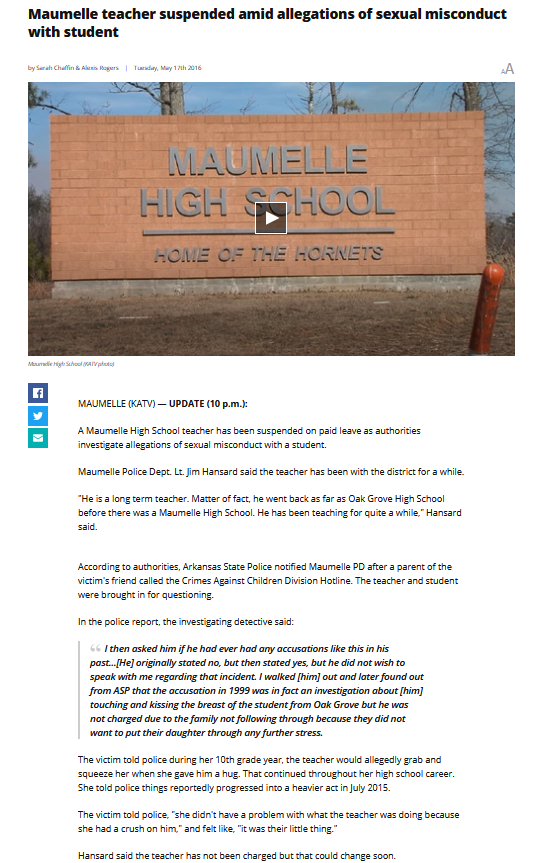 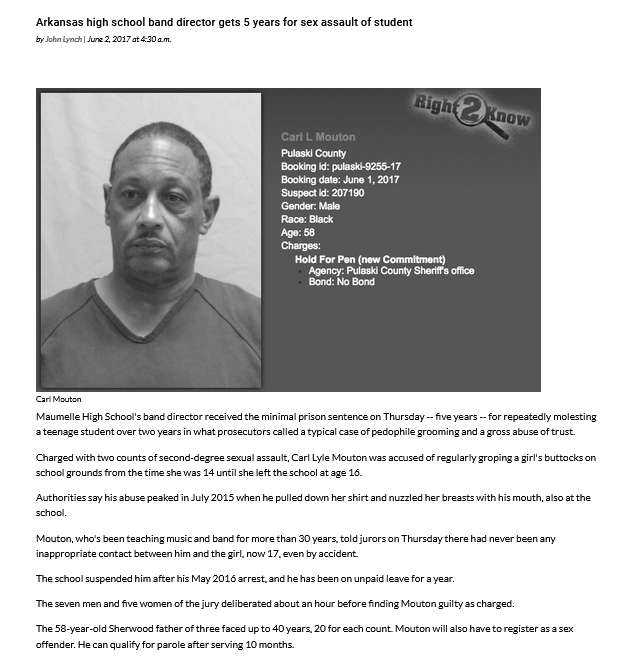 We were the first media outlet to name her and did so in our Weekly Update yesterday.

We obtained the Maumelle Police Department Incident Report regarding the sex crime. 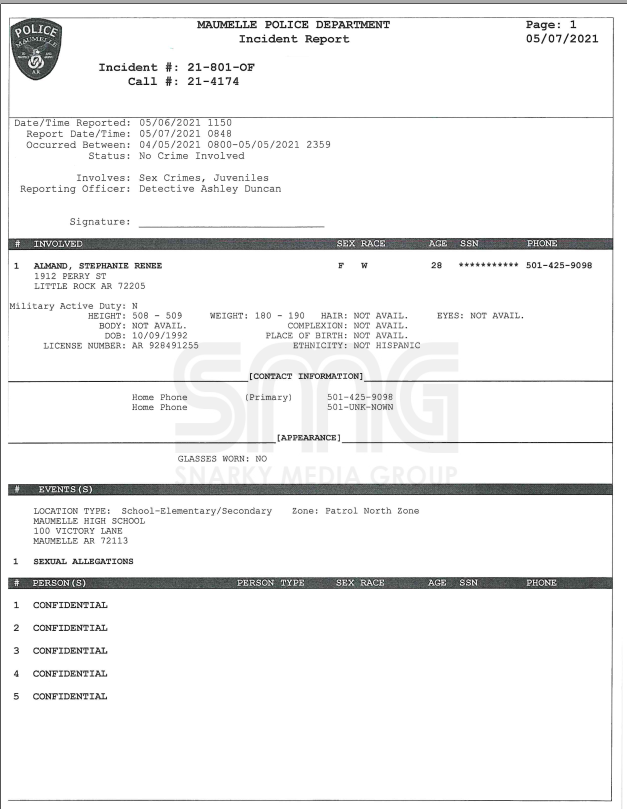 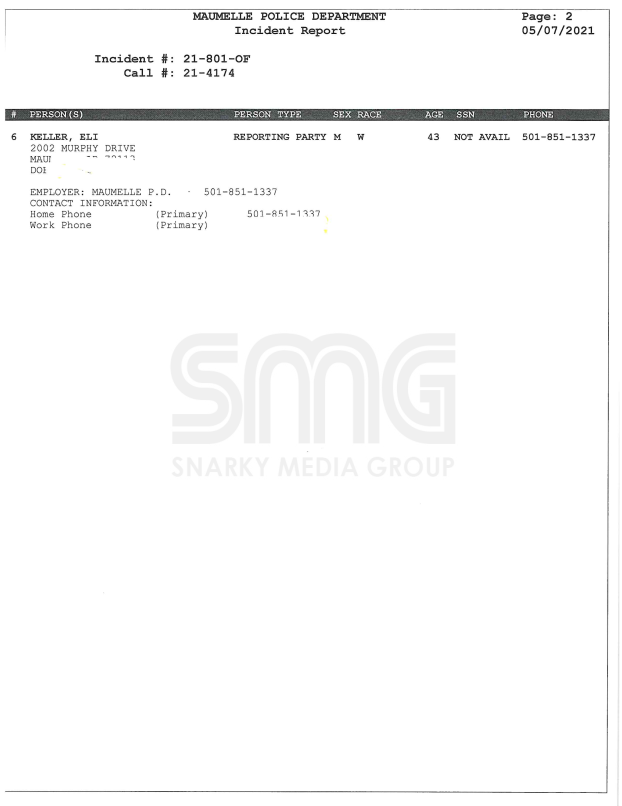 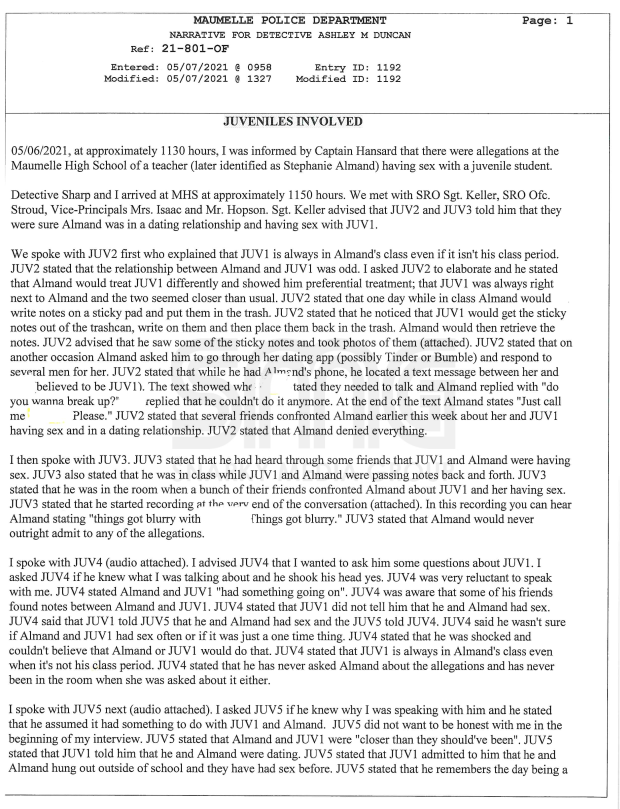 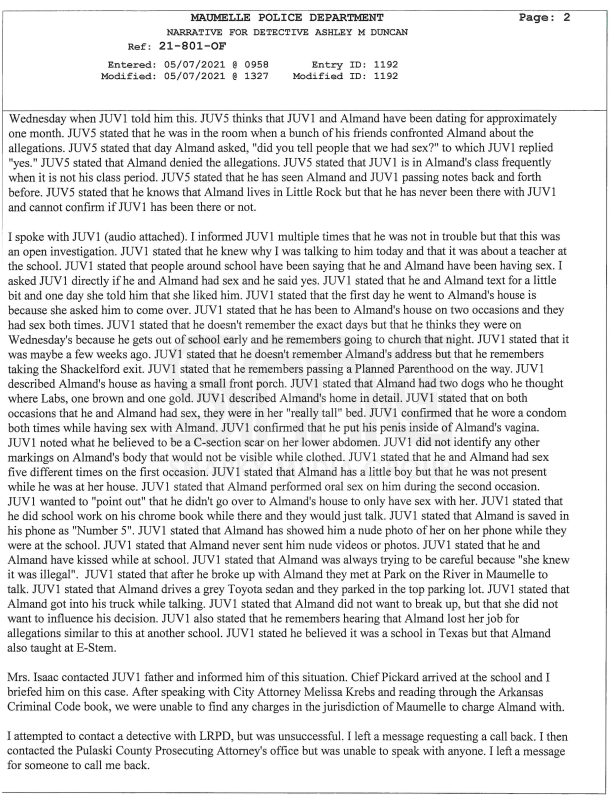 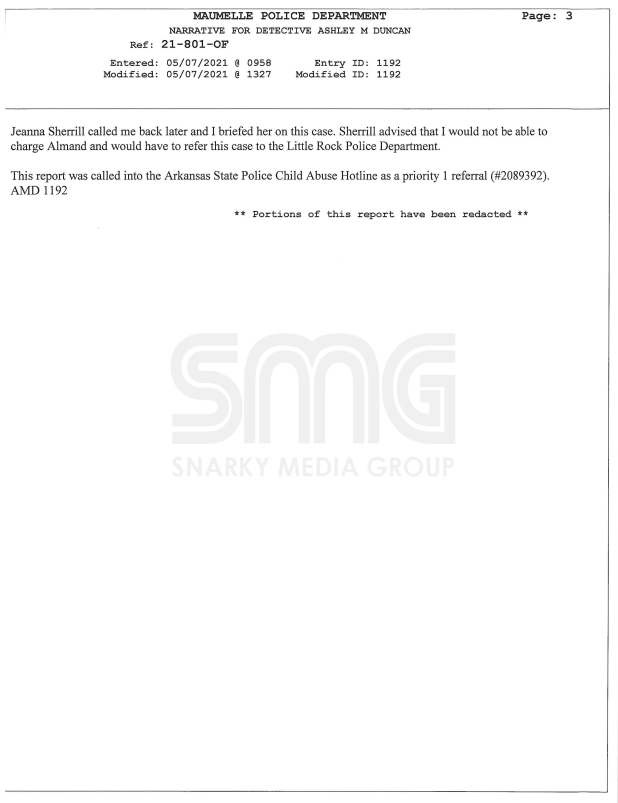 The alleged sex crime is reported to have occurred at Almand's residence in Little Rock. 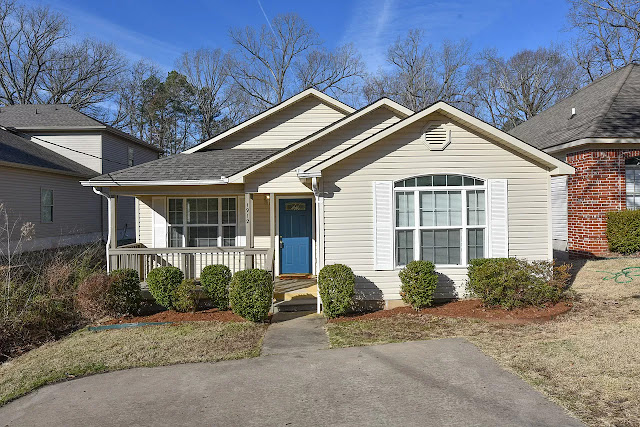 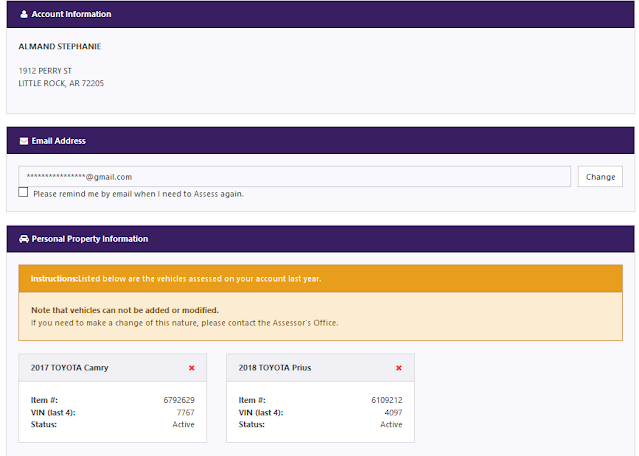 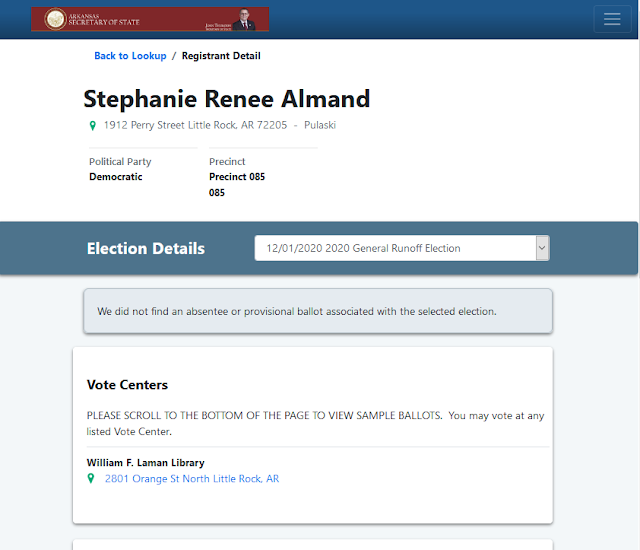 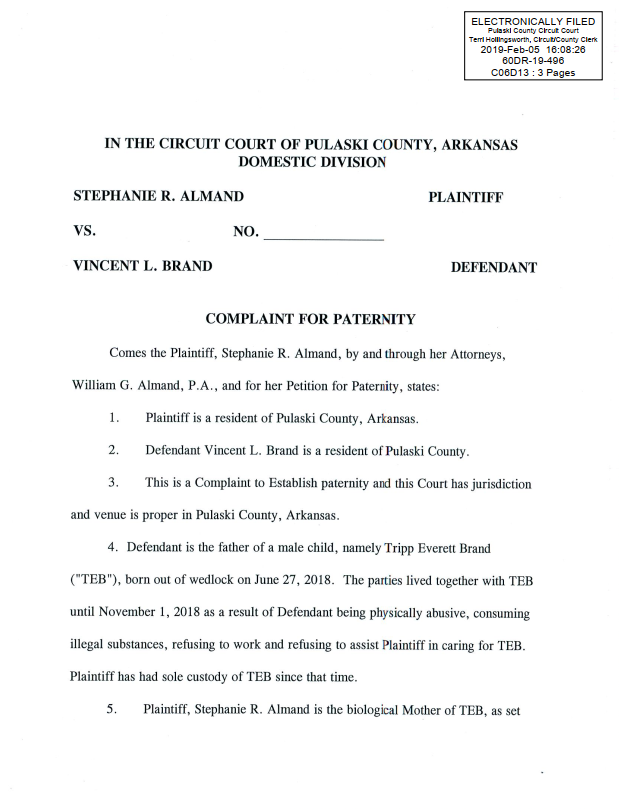 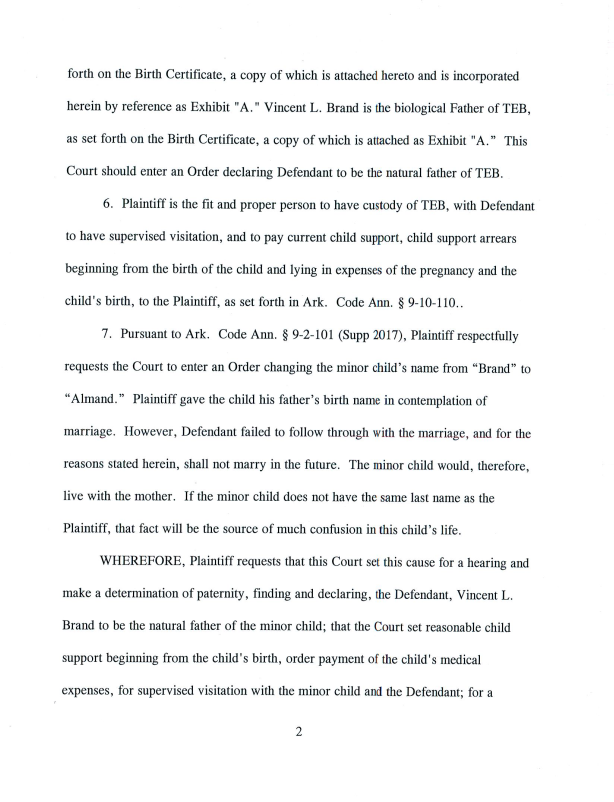 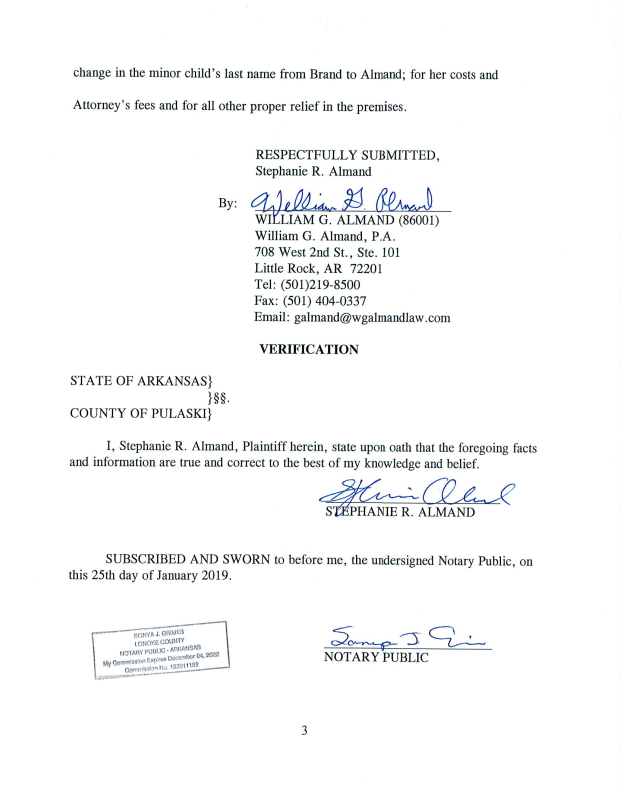 Almand was represented in the paternity suit by her father, William Gregg Almand.

We suspect that based on these allegations, the child's father has a very good chance of obtaining custody.

Observant readers will have noticed that in the police report her victim mentioned Almand having left a teaching job in Texas due to a similar allegations there.

We have requested records from the Texas Education Agency and Texas law enforcement agencies.

We have received several messages that suggest we FOI records from eStem.  The reports are that there were constant rumors about her doing the same thing there.

According to records reluctantly released by PCSSD, the accused sex criminal Almand only has a provisional teaching license. 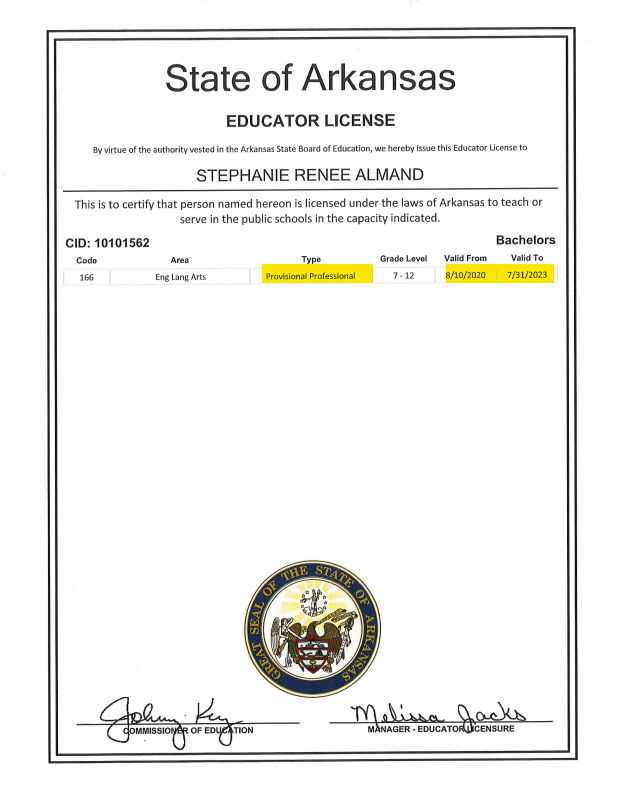 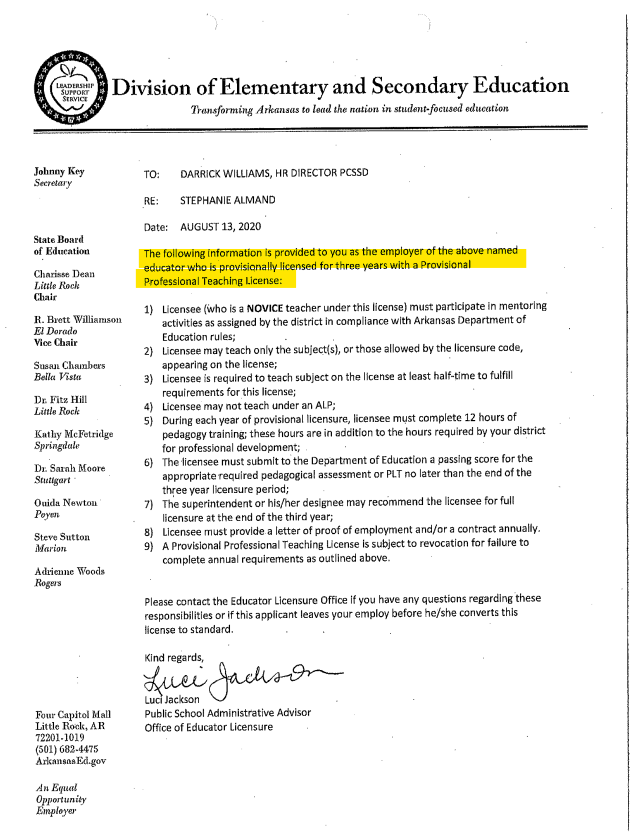 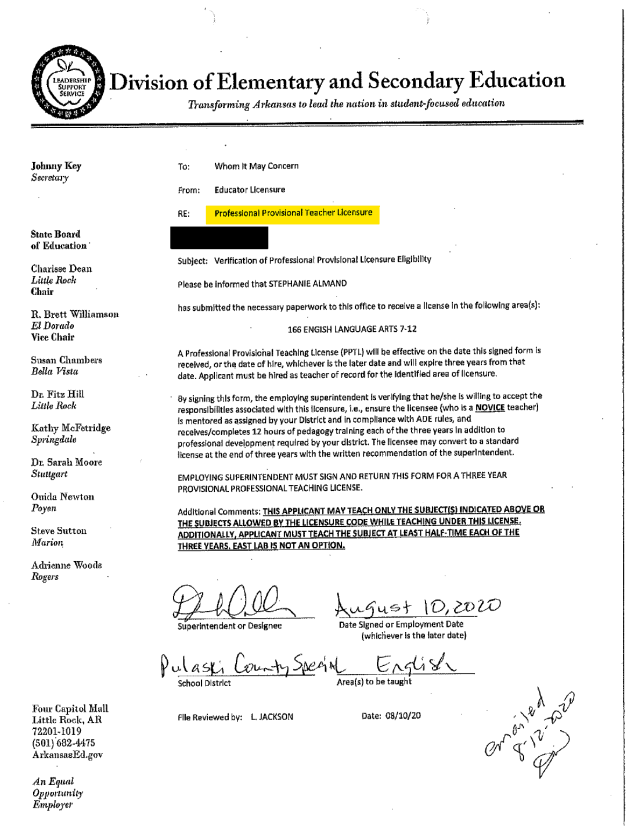 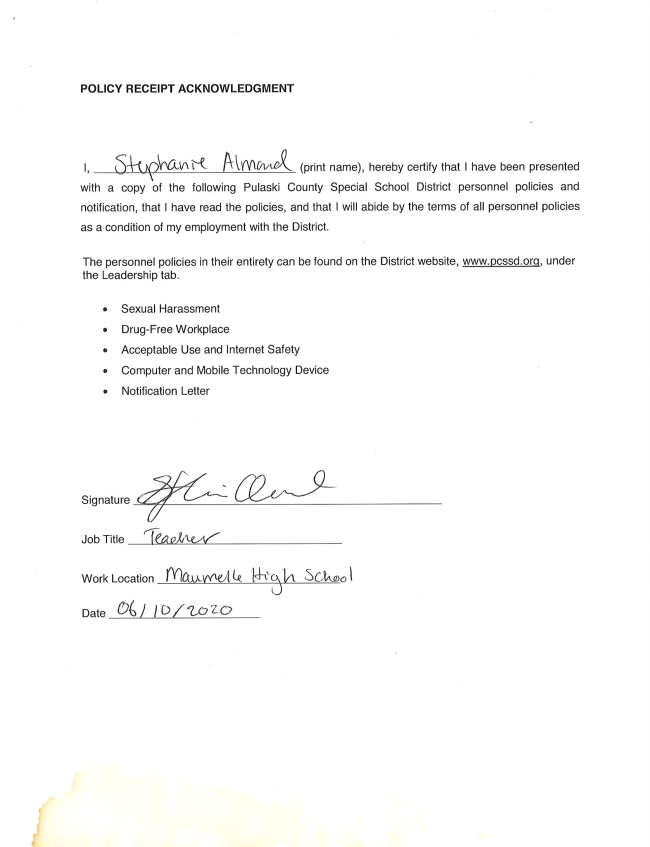 PCSSD omitted her application for employment and we made a second request for that record as well as any complaints filed against her.

PCSSD gave up Almand's application for employment without much of a tussle. 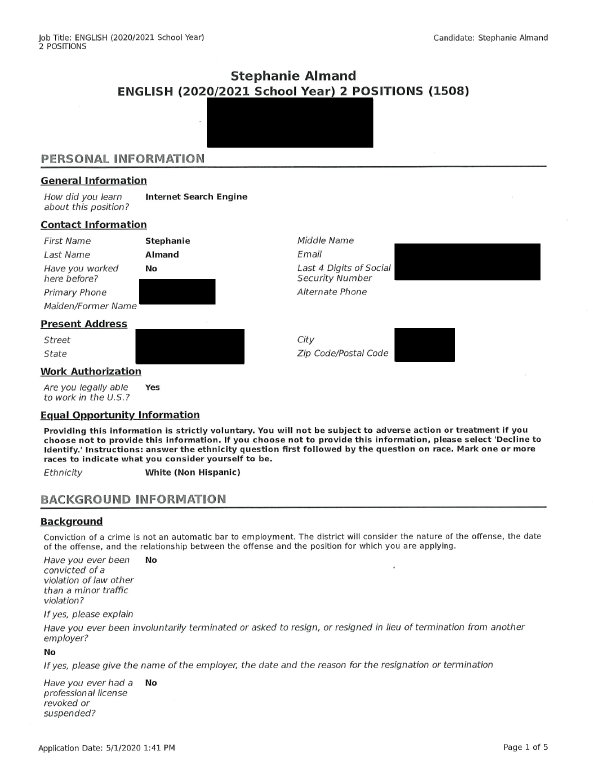 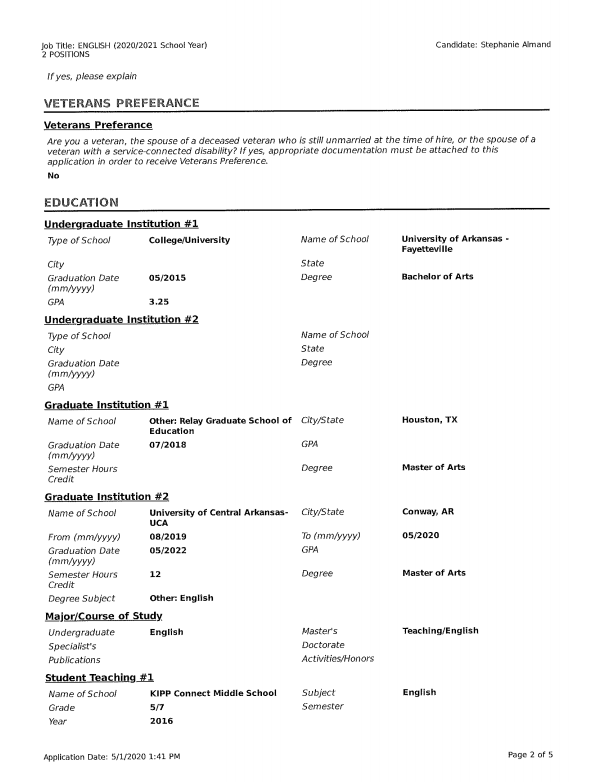 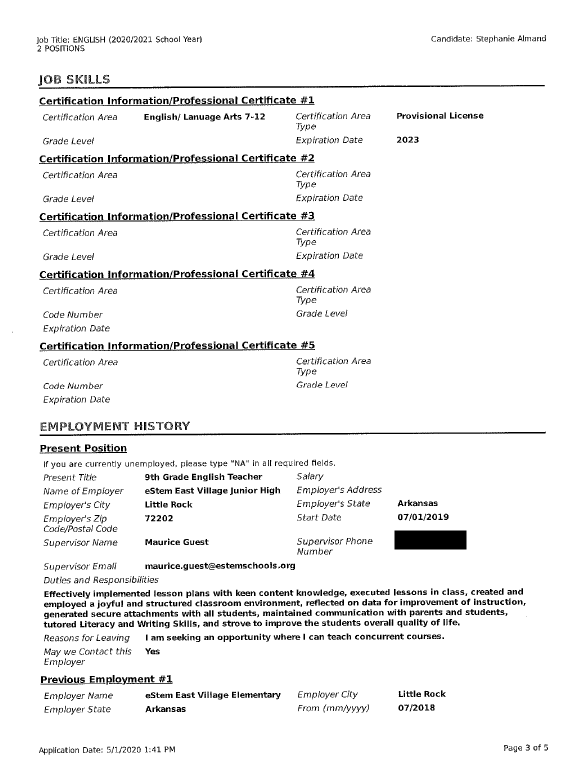 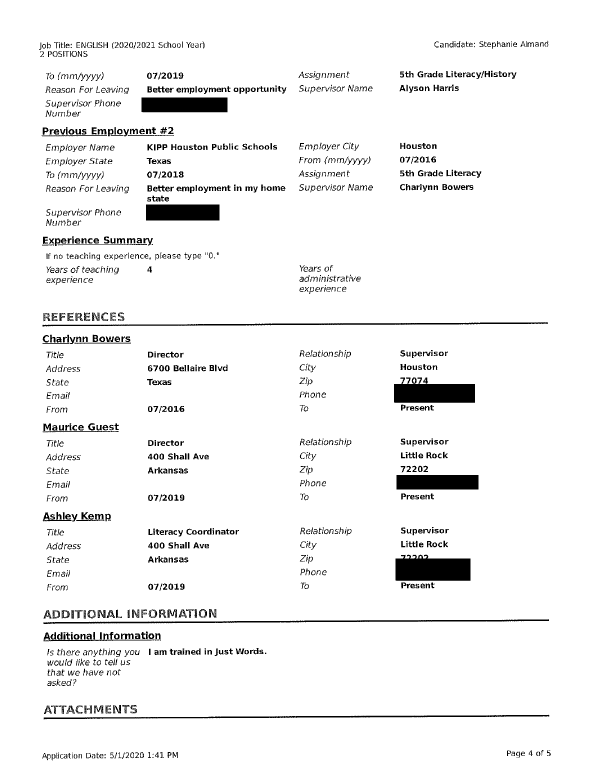 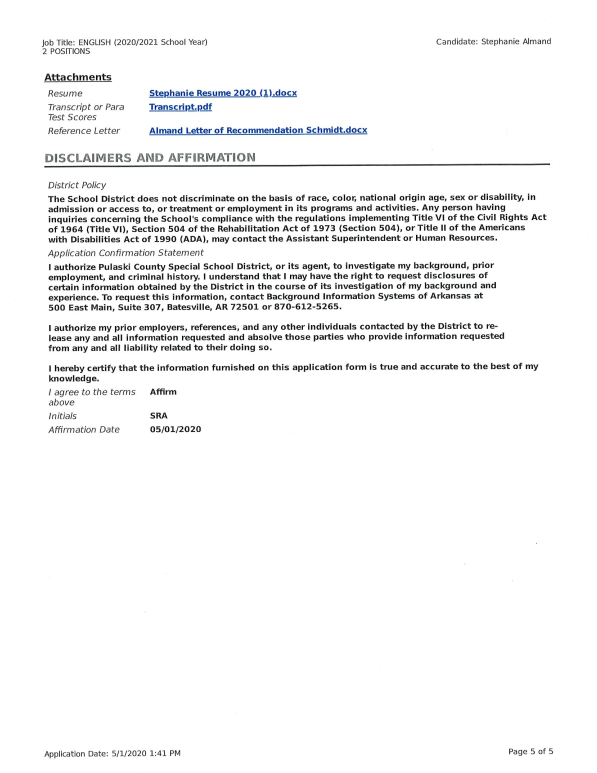 UPDATE: 5/17/21 10:34AM
eStem after initially refusing to take a verbal FOI request, decided to avoid a court hearing over AFOIA Denial of Rights, provided Almand's records. 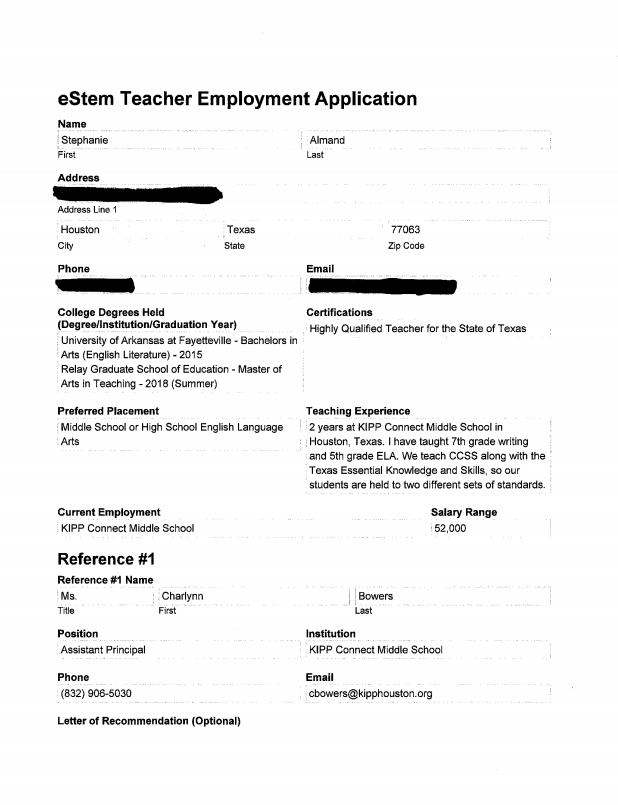 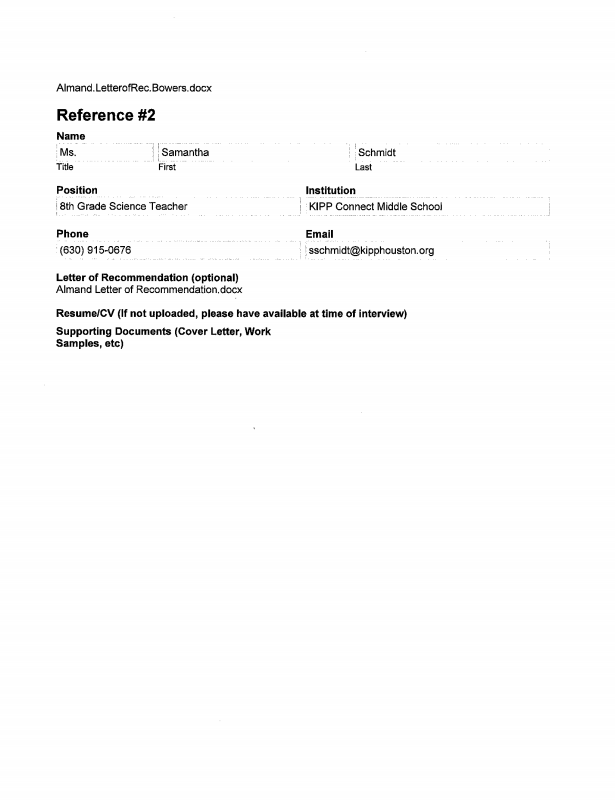 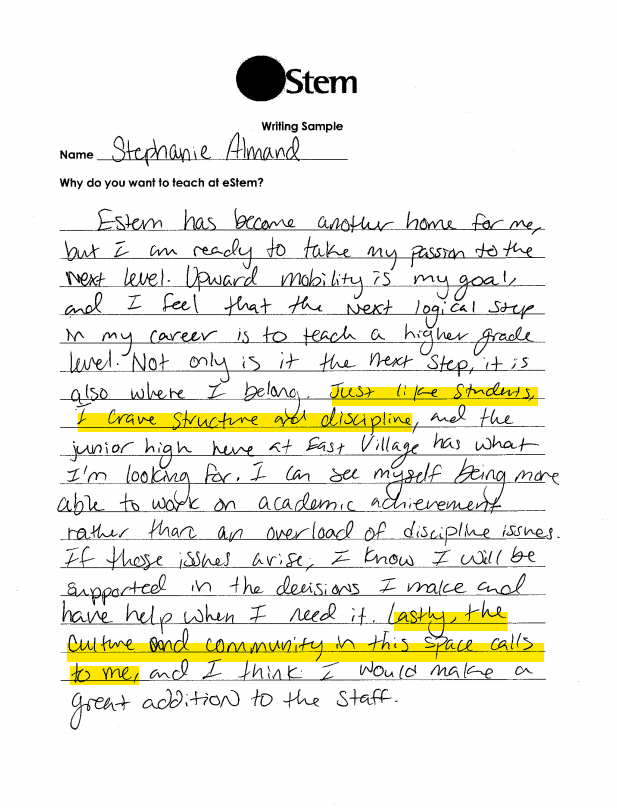 A former co-worker at eStem sent us this message about Almand. 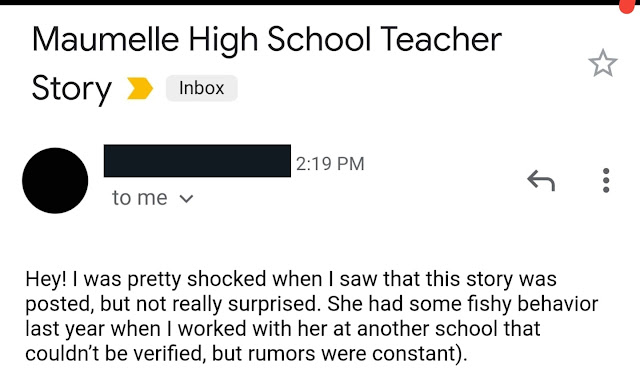 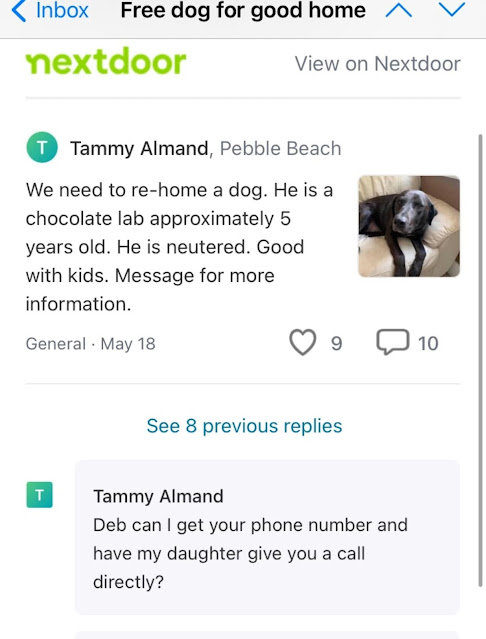