As related in our December 29, 2016 post, Fort Smith District Judge Jim O'Hern was arrested and released under suspicious circumstances by the Little Rock Police Department on December 2, 2016 and his mistress/girlfriend Brandie Gibson/Cannon was charged with possession of a controlled substance (Class D Felony).

We indicated that Gibson/Cannon was a working girl. We deduced that from the typed report of the detective's interview and the large massage table found in her room.

Here now is the proof. 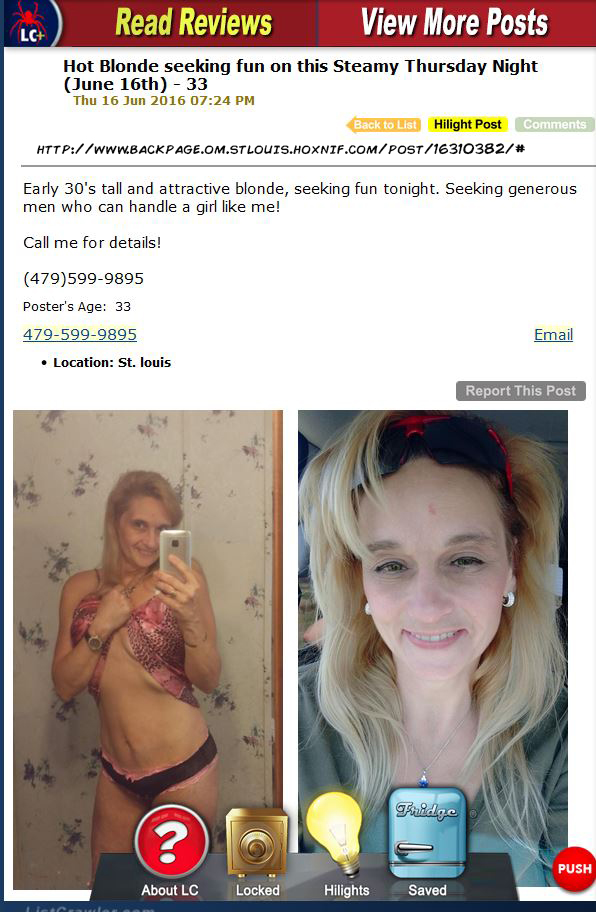 Gibson/Cannon stated that she was 33 when she was actually 44 (her DOB is 06/21/1971). The phone number used in the advertisement traces back to her.

One of the photographs she used in her advertisement can be found on her Facebook page.  CLICK TO VIEW HER FACBOOK PAGE 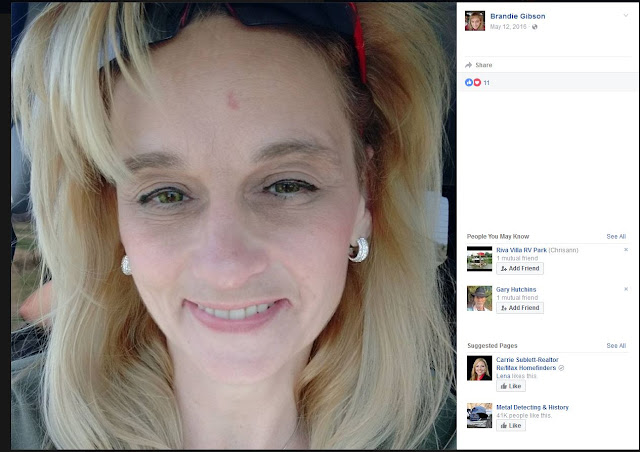 From posting on the internet, Gibson/Cannon may have been involved with the law up in St. Louis back in June 2016.  We have sent a request for information to the St. Louis Police Department. 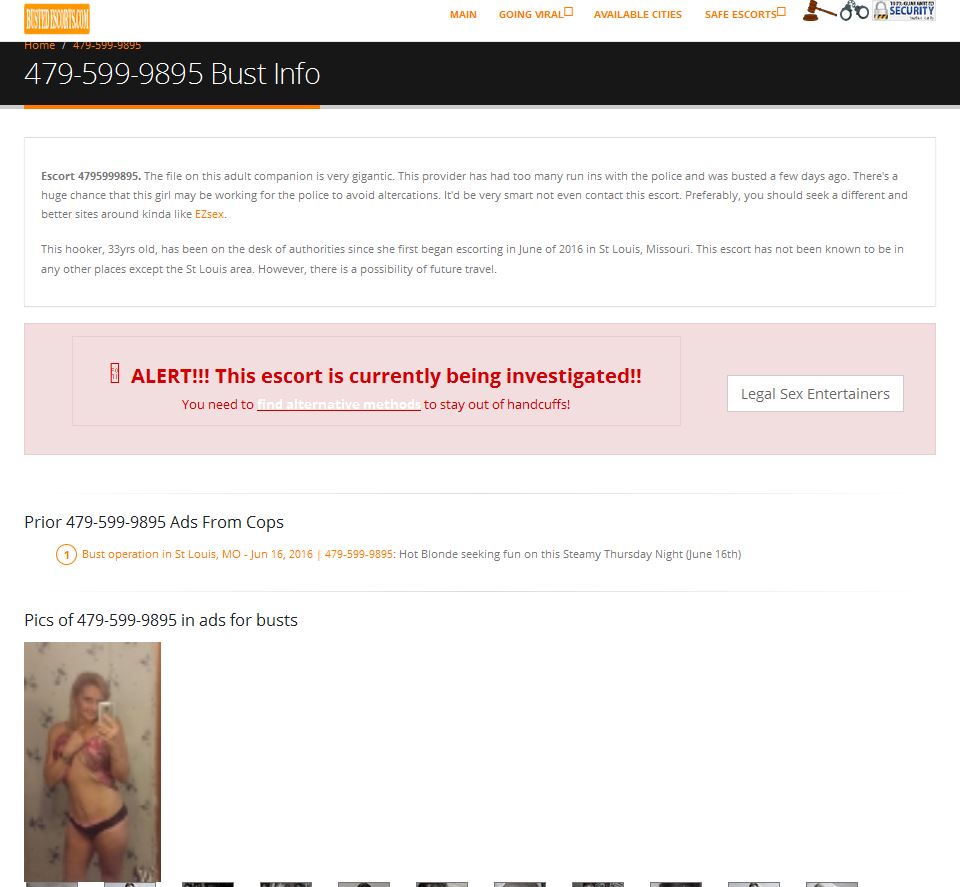 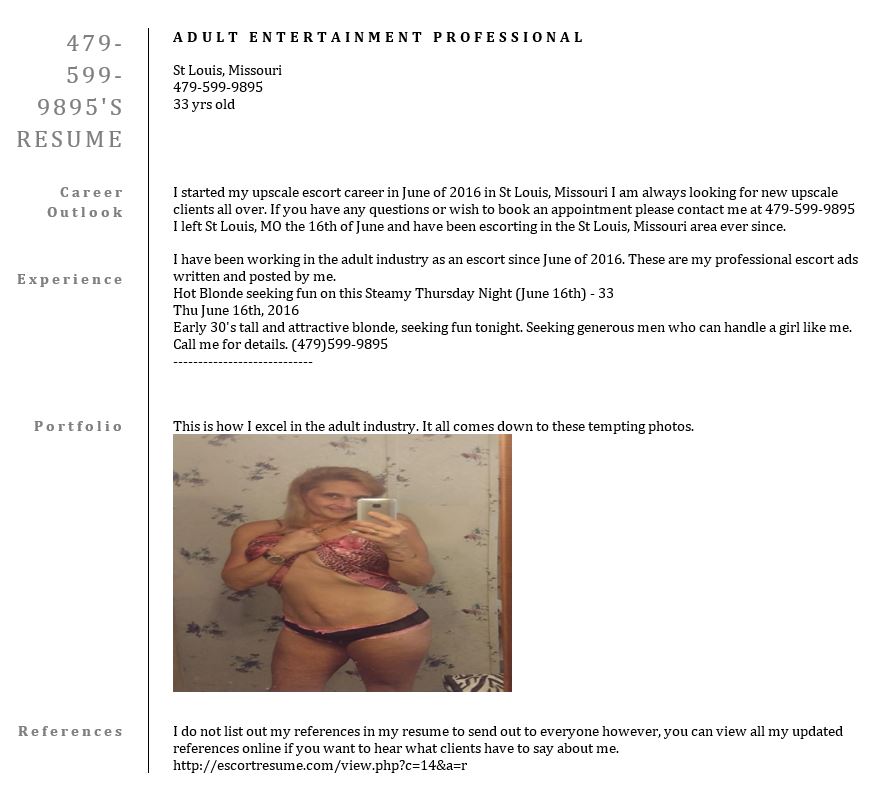 Notice that Brandi states she is an upscale escort and that she excels in the adult industry because of her tempting photos.

The only response we can make is to post this:

Was/is Judge O'Hern involved in her escort business?  We know that he secured the room she was using at the end of November into the first days of December.

Was he her pimp? 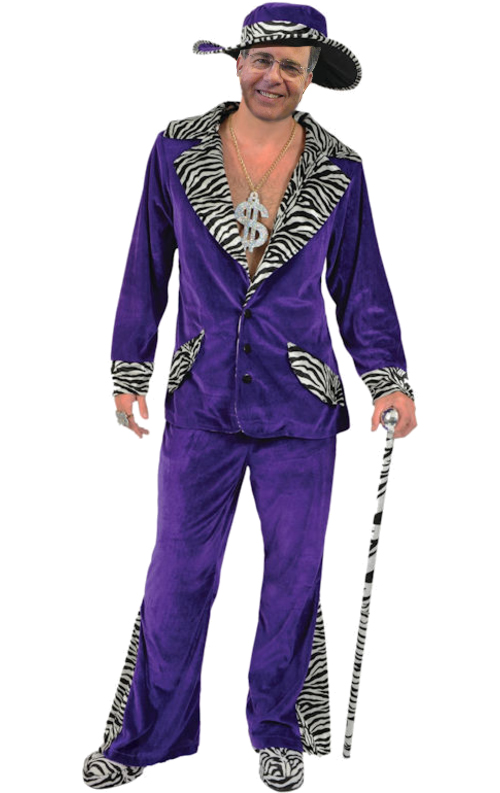 Maybe we will get some answers in the investigation the Arkansas Judicial Discipline and Disability Commission is conducting.