AHER claimed in the documents that it was "a repository for knowledge and understanding of health research equipment and alternative health practices. As a result of identifying and researching these types of alternative modalities, such as the use of minerals and the use of applied Ozone Therapy to prevent or treat certain health aliments, we will provide economic development in Arkansas via connecting Arkansas businesses with established distribution channels, manufacturing opportunities, and we will provide educational support for the Arkansas Medical Community in the use of these modailities."

In fact, ozone therapy has been linked to several deaths.

AHERS was the brainchild of Benton insurance agent Charles Snider. 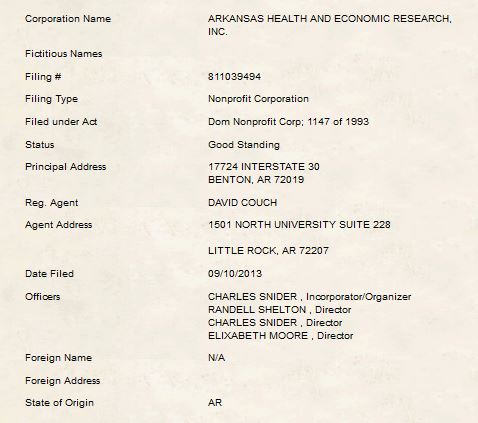 Snider also has another registered entity at the same location. 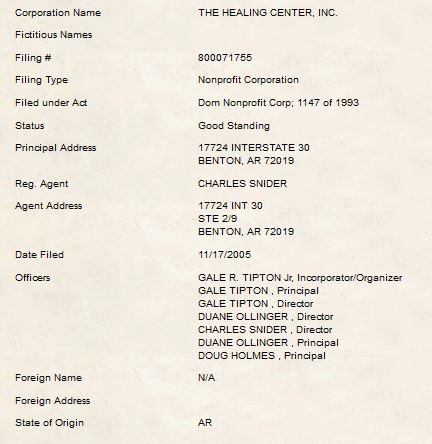 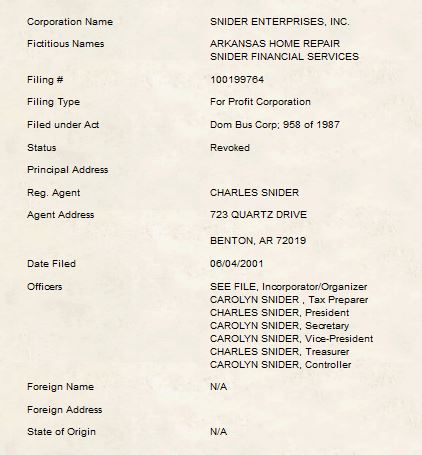 Snider's first grant application to NWAEDD was in 2013.  He asked for $30,000 and he got it thanks to Jon Woods and Micah Neal. 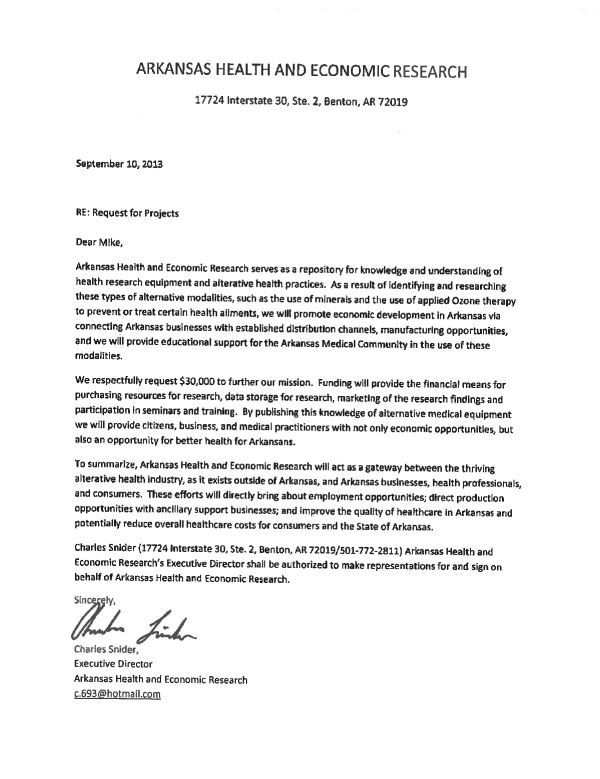 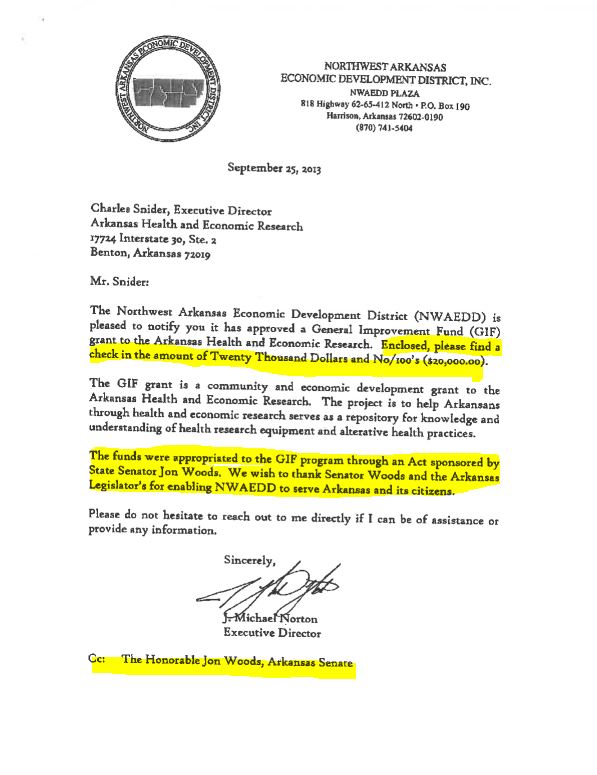 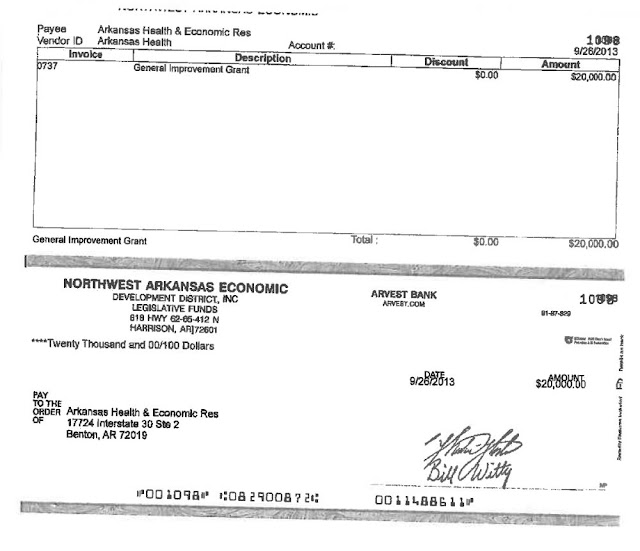 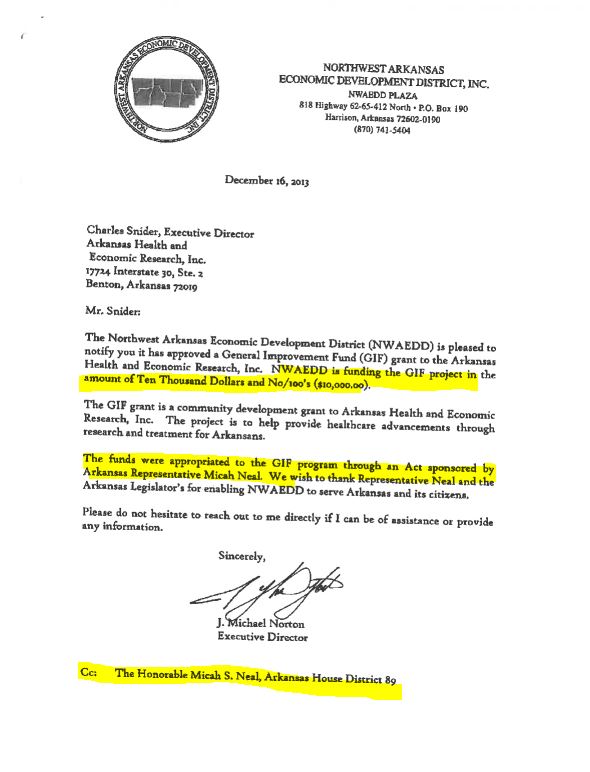 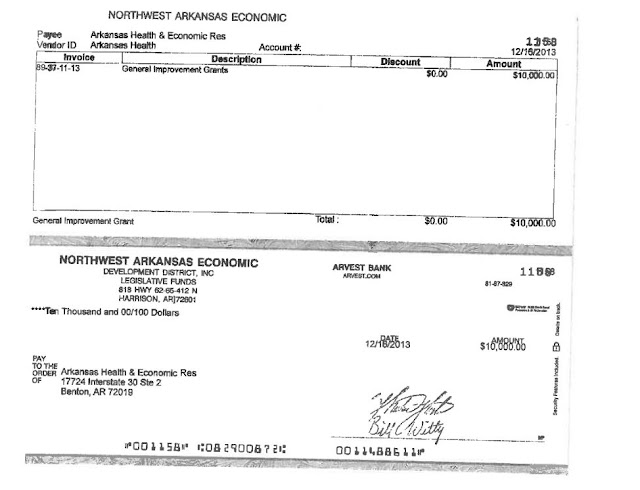 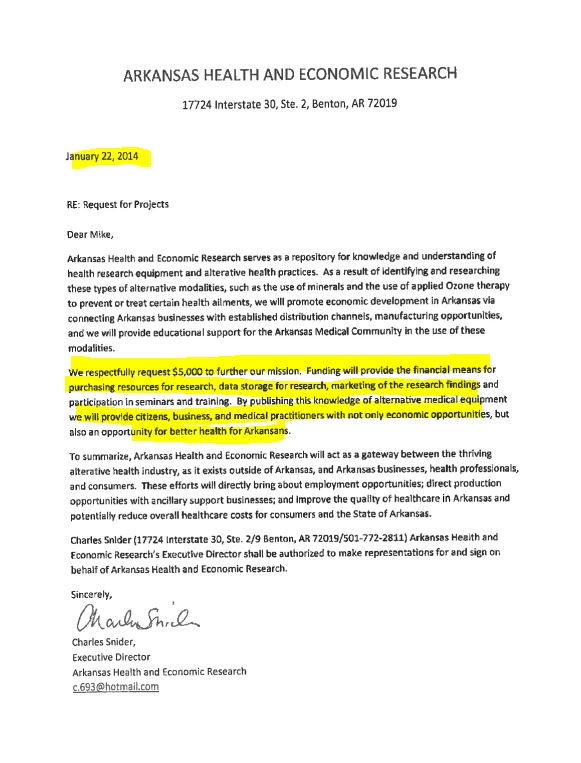 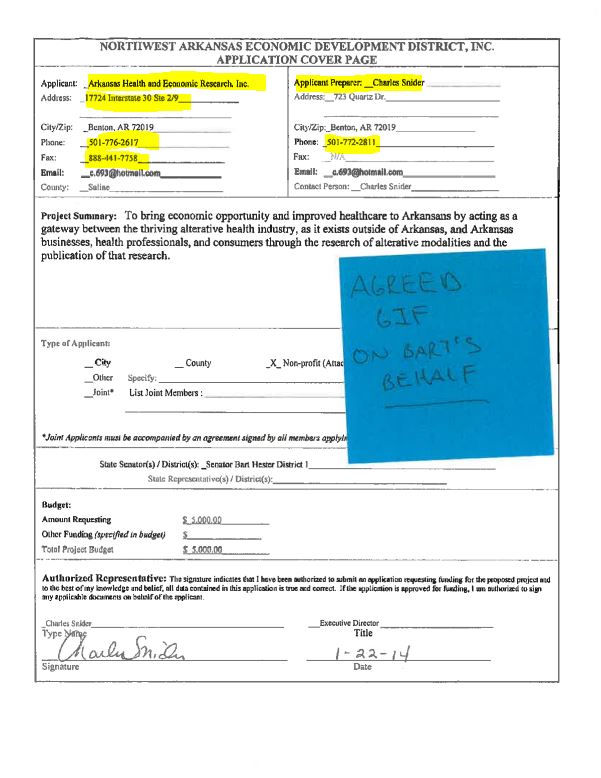 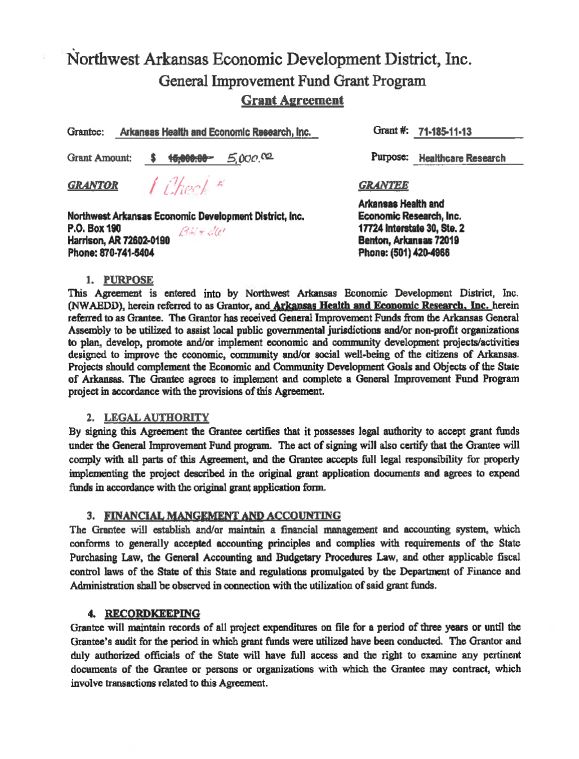 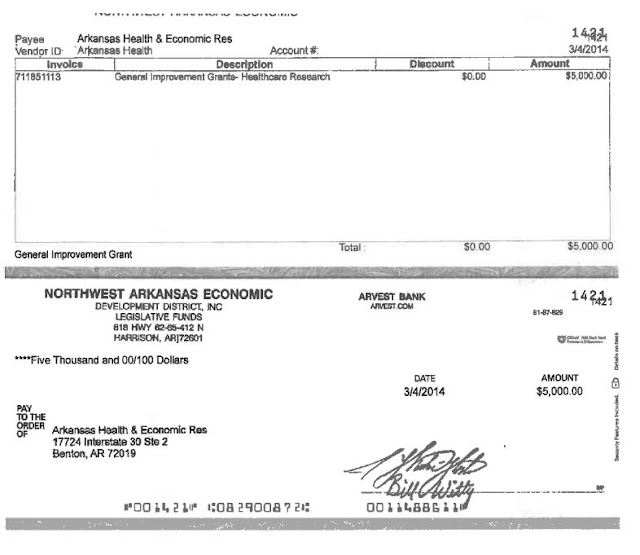 There was no award letter in the file sent to us by NWAEDD but a sticky not on one of the documents has "On Bart's Behalf" and another has the initials "BH and JW" on it indicating authorization. 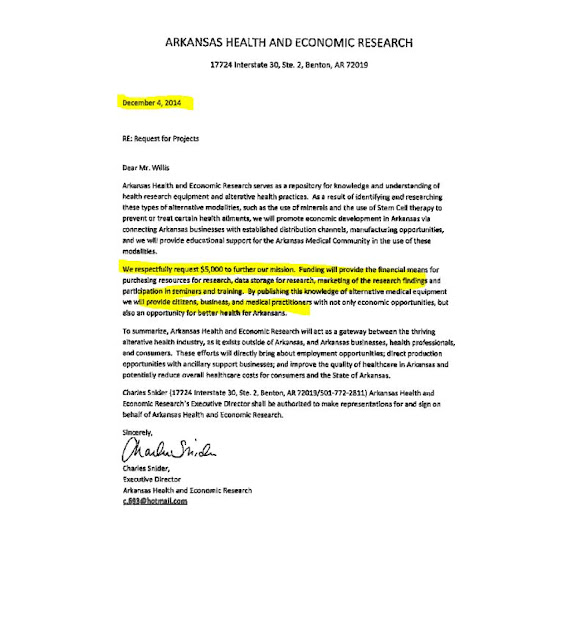 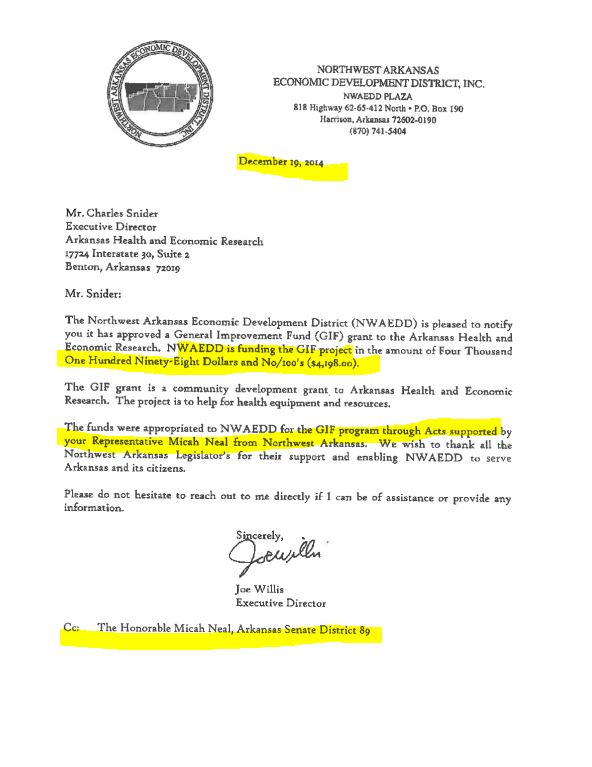 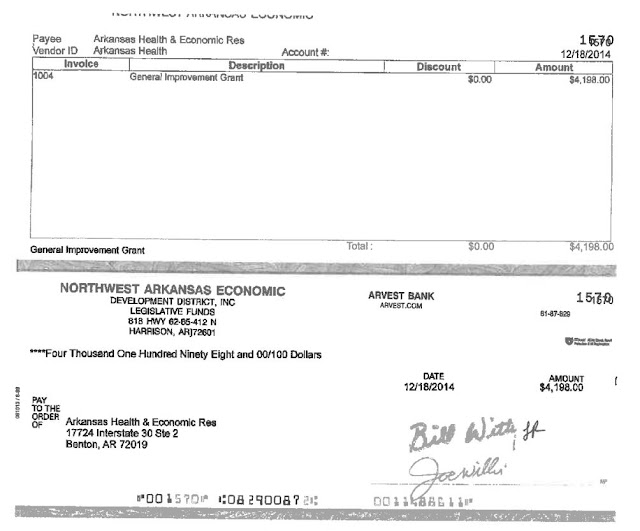 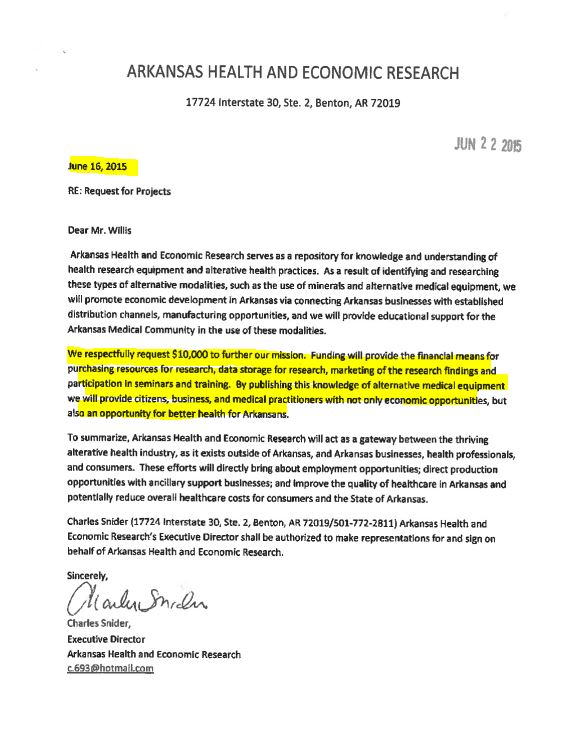 According to document we received, he only was awarded $2,500. 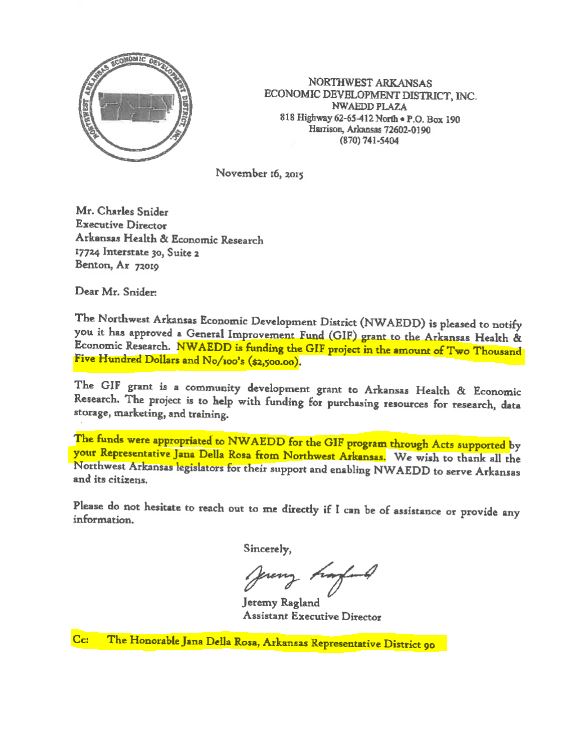 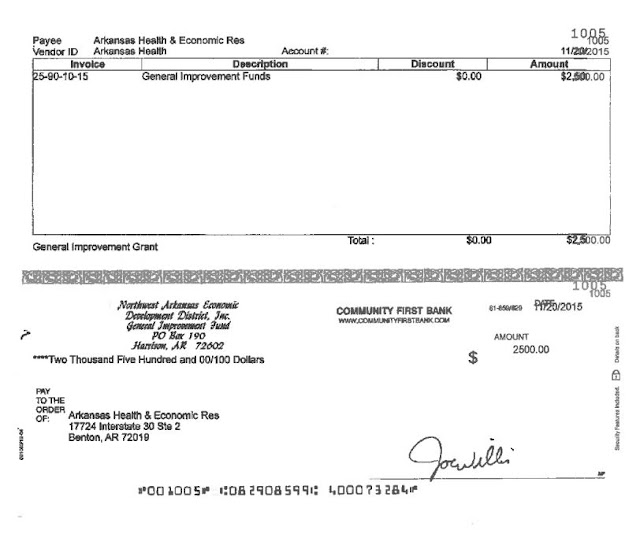 Apparently the well was running dry with all that money going to Ecclesia College and AmeriaWorks and Representative Jana Della Rosa was recruited to step in and help Snider out. Guess who arranged that?

We could not locate any research or publications by Snider's organization. This appears to have been another shell company to grease the government wheels.

Has Snider brokered a deal with the U.S. Attorney?  Could be. He has not responded to our email asking questions.

Stay tuned cause this mess is nowhere near over.

The old strip center in Benton that Snider claimed he operated his research and information repository out of is apparently part of a family property management company. 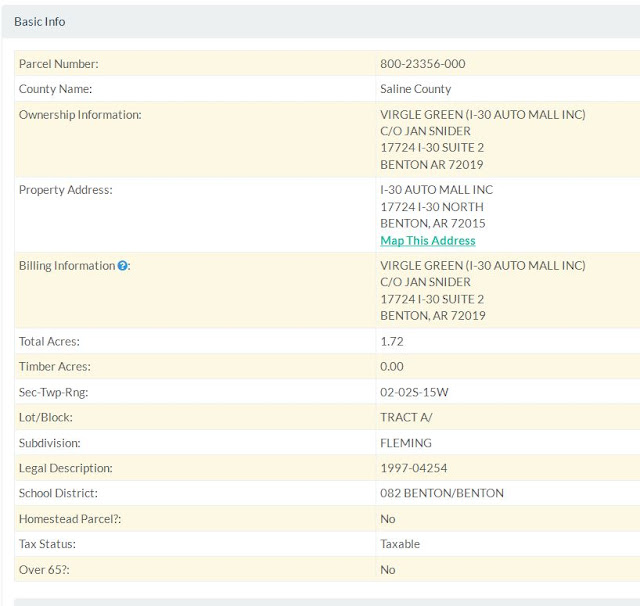 Jan Green Snider or her family has several business entities listed as operating out of that location. 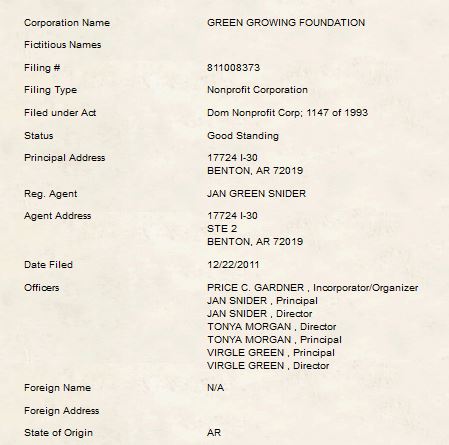 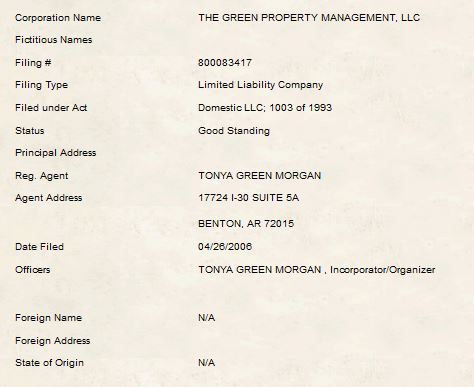 Messages to Jan Green Snider have not been returned. 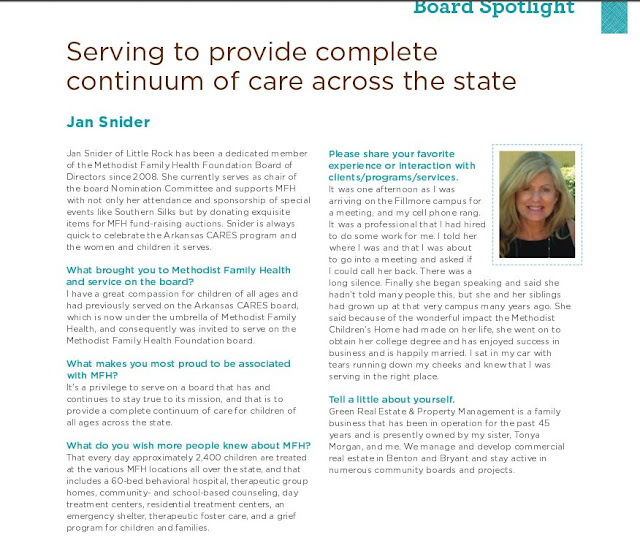 Snider's "Healing Center" apparently was operated out of his home. Snider ran into some porblems with the IRS as well. 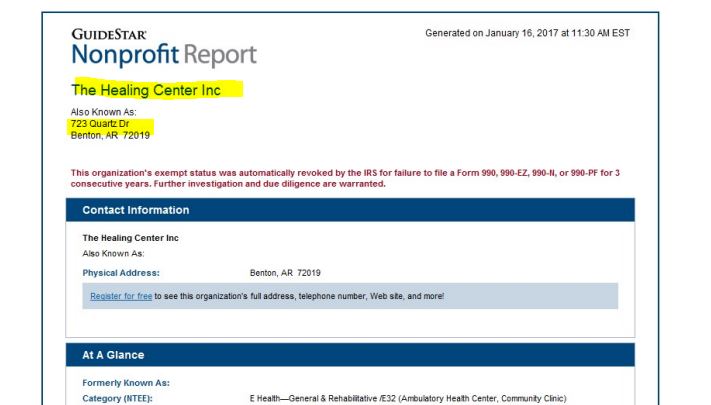 We believe that Snider set up his shell companies just to scoop up the GIF monies. This document supports that belief.

Once the GIF monies dried up it appears that he had no further business operations with this shell company.