Roderick Daniels, a former probation officer for the Arkansas Department of Community Correction entered a guilty plea in Federal Court earlier this year to charges that he used his position for financial gain by assisting a probationer avoid failing drug tests.

Daniels is to appear back in Federal Court on November 9, 2016 for sentencing. 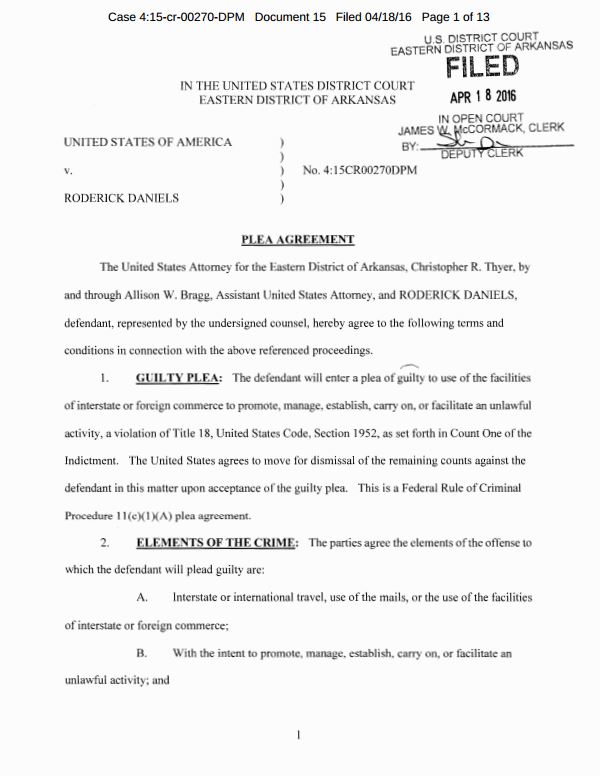 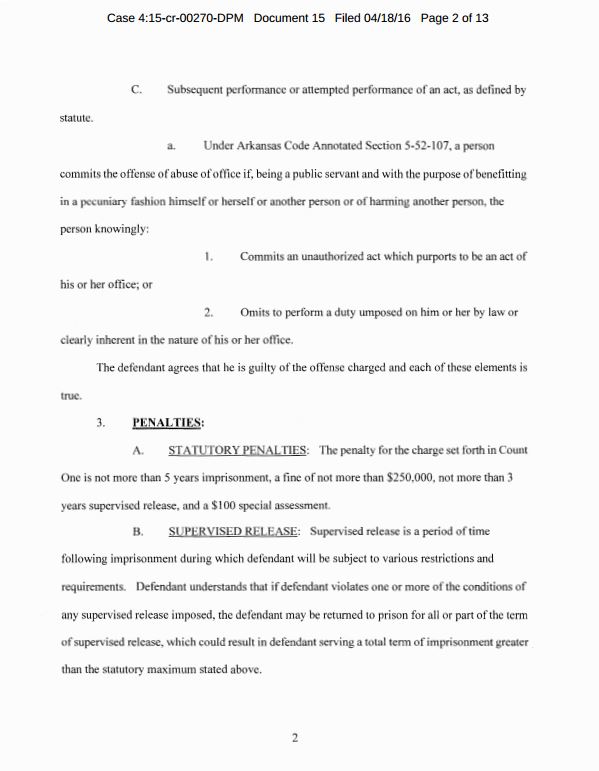 Daniels noticed that the probationer, only identified in court documents as "S.N.",  had failed one drug test and before his next scheduled drug test, Daniels contacted him and asked him if he was going to pass the next test, the man told Daniels no.  Daniels told him that for a price, he would delay the test  until the drugs had cleared out of his system.

Daniels continued this process four more times and collected a total of $1,200.00 from the probationer.

Daniels faces up to five years in prison, followed by three years of supervised release and an fine of up to $250,00.  He will also have to repay the probationer the $1,200.

Roderick Daniels is the son of Carla Daniels who has stirred up a huge mess at the Arkansas Military Department.  CLICK HERE TO READ OUR POST ABOUT CARLA DANIELS

We asked the Arkansas Department of Community Correction for a comment and received no response.

Tyler's agency did not recommend that Daniels be decertified as a specialized officer even though he was arrested prior to his "resignation".
Why they would accept the resignation of an employee that had been under investigation for violating the law and their internal policies is beyond comprehension. 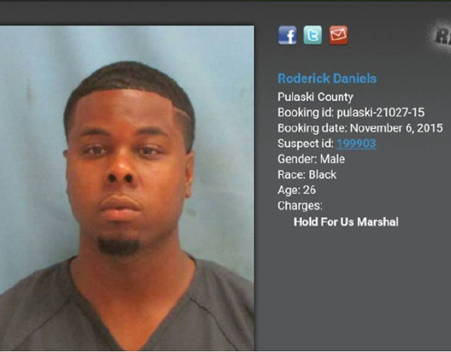 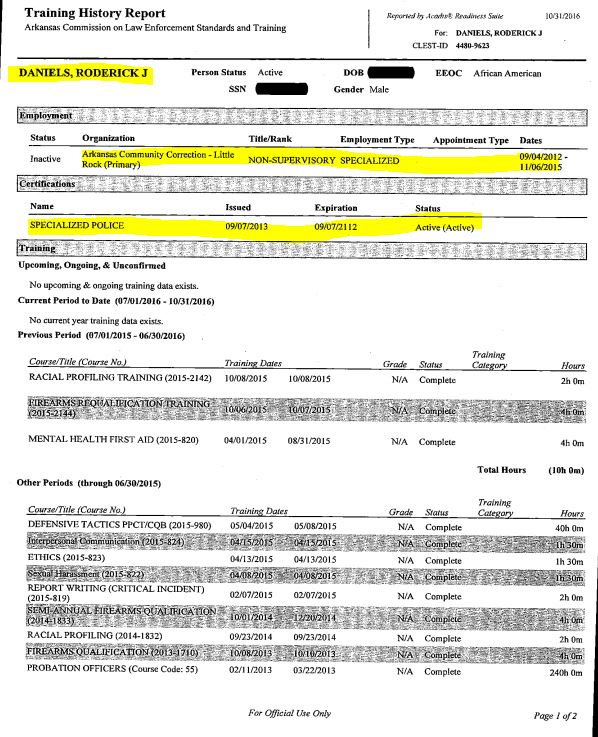 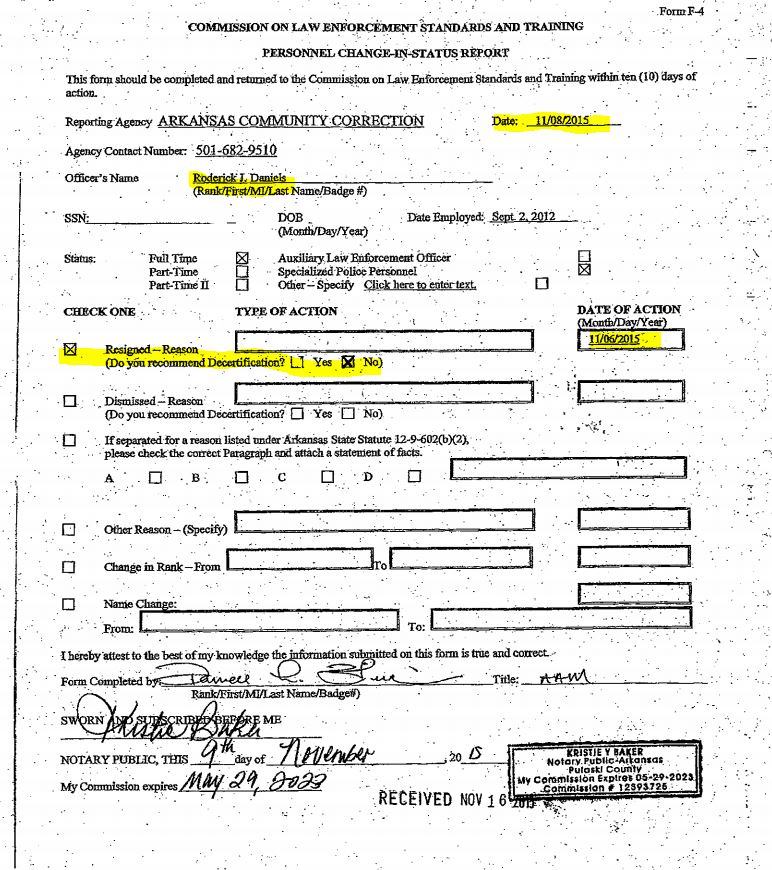