Margaret Darter, the Faulkner County Circuit Clerk, who was originally charged with Tampering with a Public Record, a Class D Felony, entered a guilty plea to a lesser negotiated charge of Obstructing Governmental Operation, a Class C misdemeanor.

Darter was ordered to pay $670.00 in fines and court cost and will resign from office.

A two day jury trial on the original Felony charges was set to start October 18th.

Special Prosecuting Attorney Ken Casady, told reporters that Darter had to provide a factual basis for her plea and affirm under oath that she has neighter backdated nor fasley altered any other document required to be filed with her office.


“Darter knew she wasn’t supposed to backdate those documents, but did it anyway," said Casady.  "It was right that she forfeited her remaining months in office.  That being said, Faulkner County voters are better suited to determine whether she should return to her position.  That isn’t for me to say.”

According to court filing, Darter backdated Statement of Financial Interest forms ("SFI") for several Faulker County Justices of the Peace, including Steve Goode, who is also the Director of the Arkansas Tobacco Control agency, as well as about a dozen others.

Late filers of this statutorily are subject to being fined and dressed down by the Arkansas Ethics Commission.  That very thing happened to tainted Alcoholic Beverage Control Enforcement Direct Boyce Hamlet.

These forms are required by Arkansas law to be filed by January 31st of each year by public officials, candidates for elective office, district judges, city attorneys, agency heads, department directors, public appointees to state boards or commission, school board members, public and charter school superintendents...

Here is the affidavit that was used for her arrest: 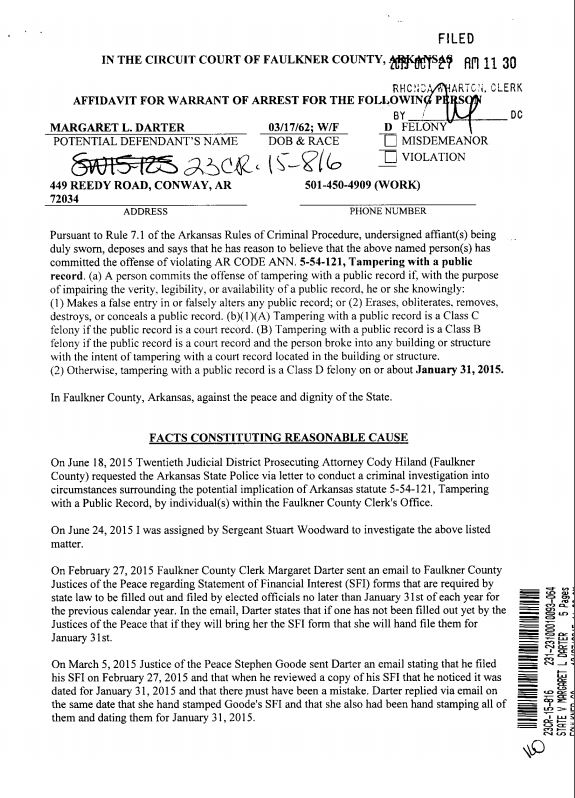 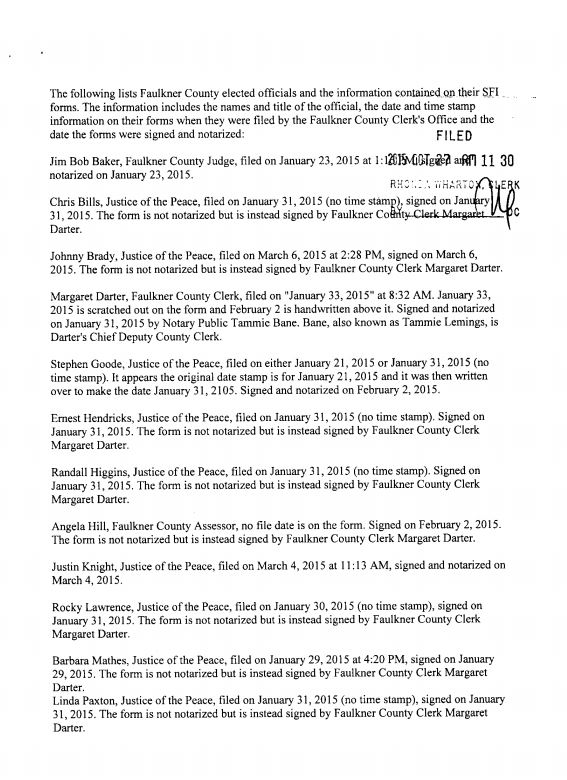 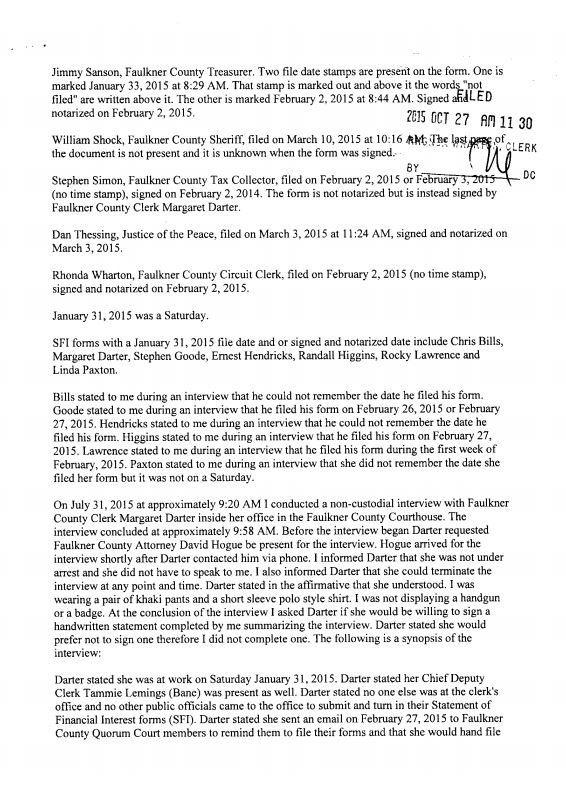 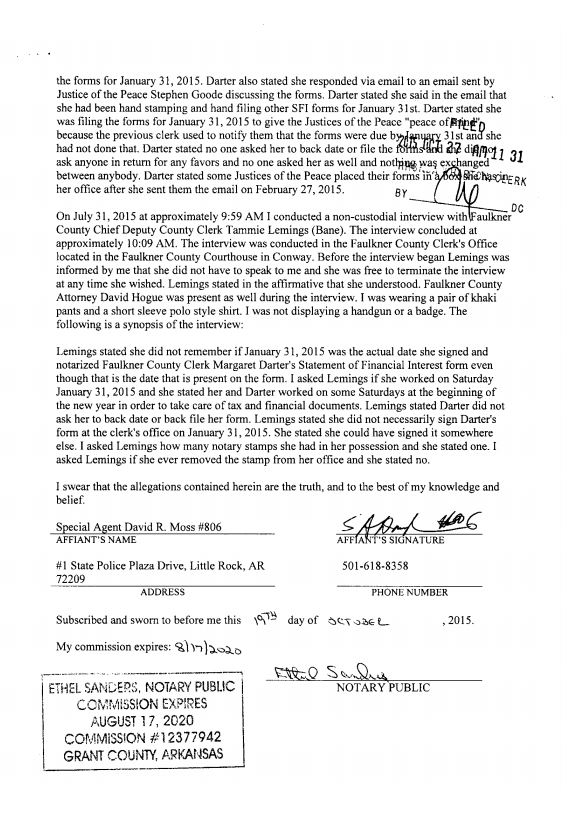 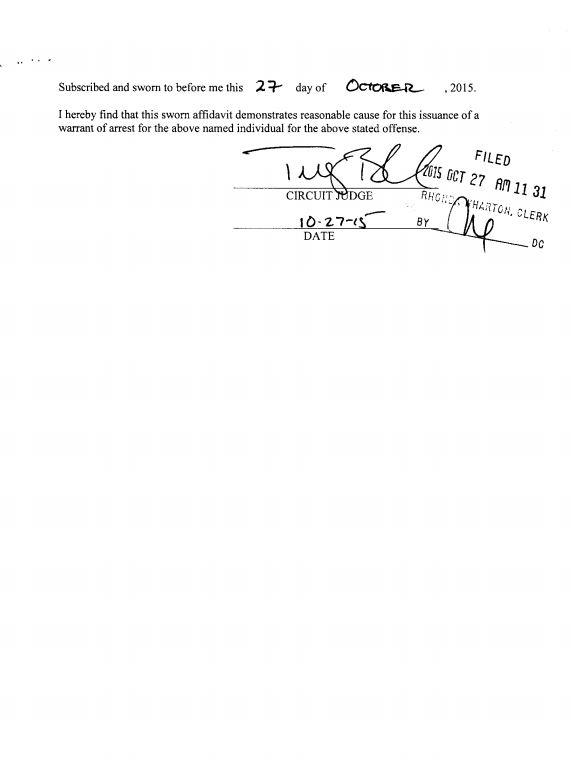 This is the original criminal information filing: 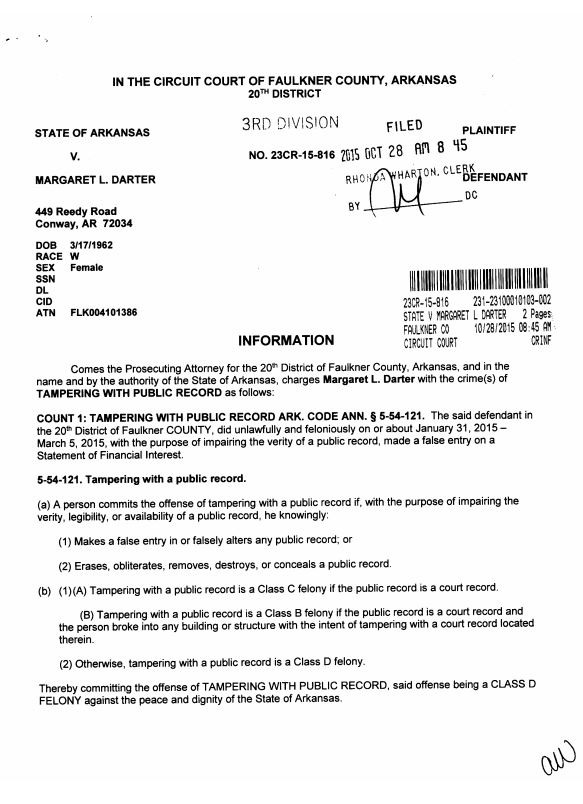 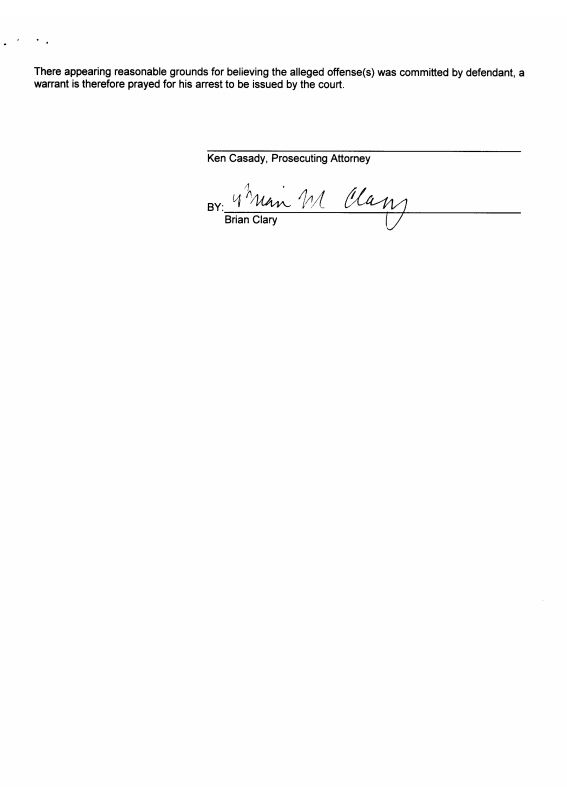 Darter is currently running for re-election and is eligible to be re-elected as her crime was only a misdemeanor. 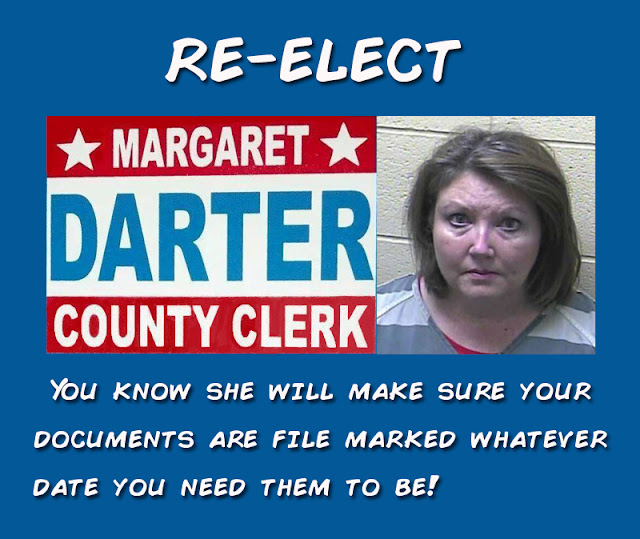 Darter with her issues of honesty and credibility should not be able to hold any position of public trust.