We previously posted about April Mathis, now a former employee of Cody Hiland back when he was Prosecuting Attorney for the 20th Judicial District. You can read those posts by clicking here, here, here, here and here.

Mathis was forced to reign or be fired after her illegal activities were revealed by this blog and she filed a false police report about her children being "kidnapped."

She is now reported to be working as a substitute teacher - check you kids schools in Conway and surrounding towns - she is someone that we would not want our children or anyone's children exposed to.

We filed an complaint with the Arkansas Ethics Commission concerning Mathis using her position in the office of the Prosecuting Attorney for the 20th Judicial District for her own personal gain and benefit. You can view the complaint by clicking here.

The publisher of this blog received notice of the date for the final adjudication hearing in today's mail. 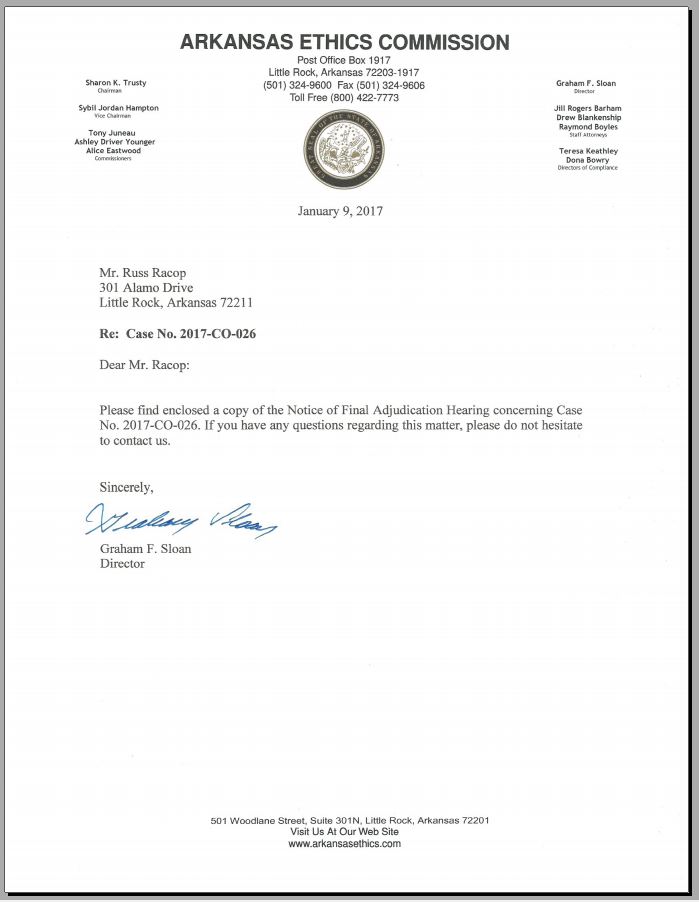 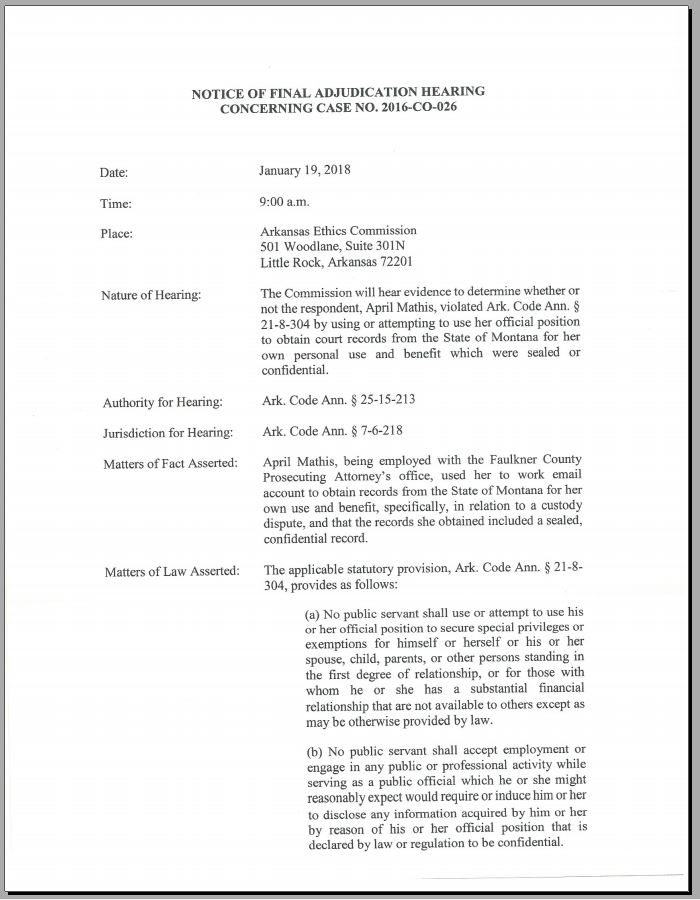 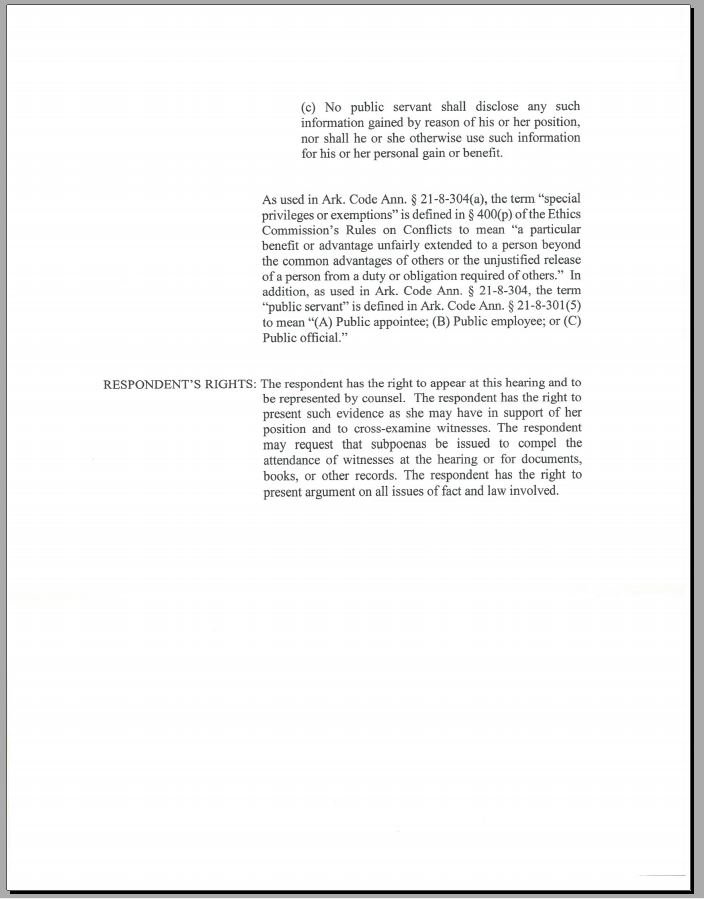 Based on our experience with the Ethics Commission, they will find that she violated Arkansas law and deal out the appropriate sanctions.

But that is not the end of April's troubles.

Conway Police also investigated Mathis and found reason to believe that she had criminally violated Arkansas laws and turned a file over to Conway City Attorney Chuck Clawson.

Clawson was reluctant to get involved as there are rumors that he and Mathis had a fling and that led to his divorce.

Clawson's divorce case was sealed and we cannot review or obtain copies of case filings to see if such allegations were made.

There must be a reason Clawson wanted his divorce case sealed as sealing divorce case files is rare, except in Faulkner County where they like to hide a lot of salacious information.

After months of prodding by the publisher of this blog, Clawson requested a Special Prosecutor be appointed. 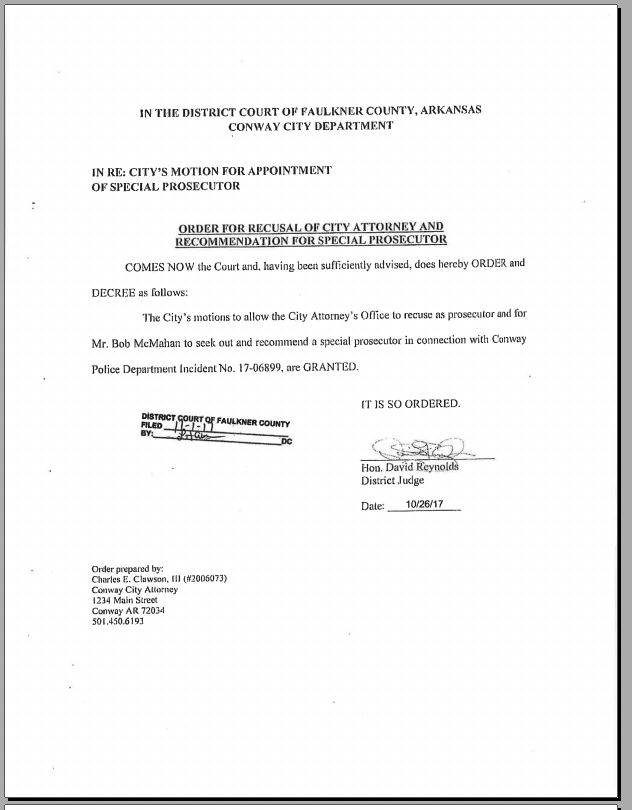 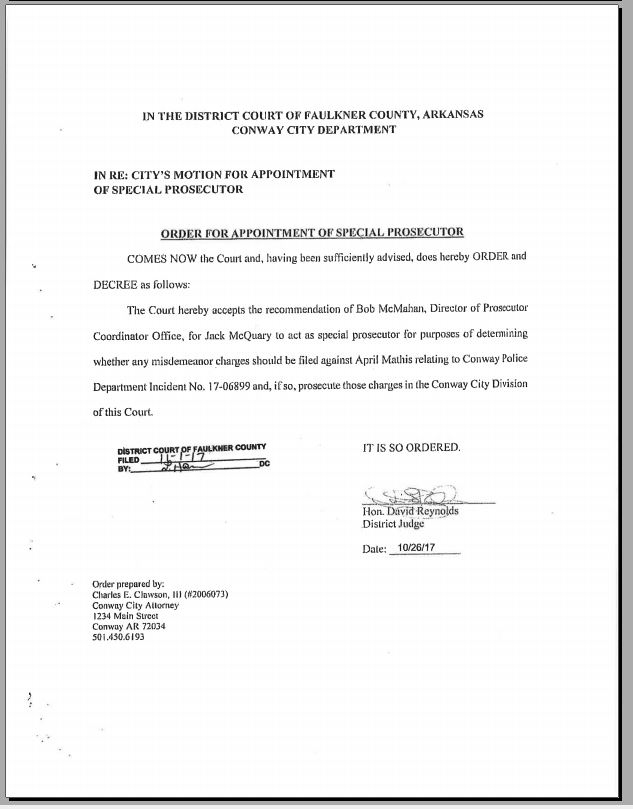 We spoke with the appointed Special Prosecutor Jack McQuary earlier this week and he advised us that the matter is being reviewed and a decision about filing charges against her will be forthcoming.

McQuary acts as a Special Prosecutor in cases all over the state and has a busy caseload as lots of Prosecuting Attorney's don't want to get involved in a case that involves friends or individuals that they have some sort or relationship with.

We also understand from sources inside the Faulkner County Circuit Court system (yes court employees like to read this blog) that this blog was the subject of attention in a recent hearing in April's domestic relations case.

Her attorney,  James "Bugsy" Barger, wanted to find out how we obtained all our information about his client. 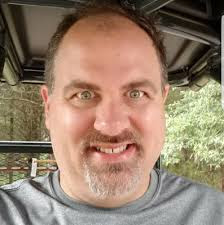 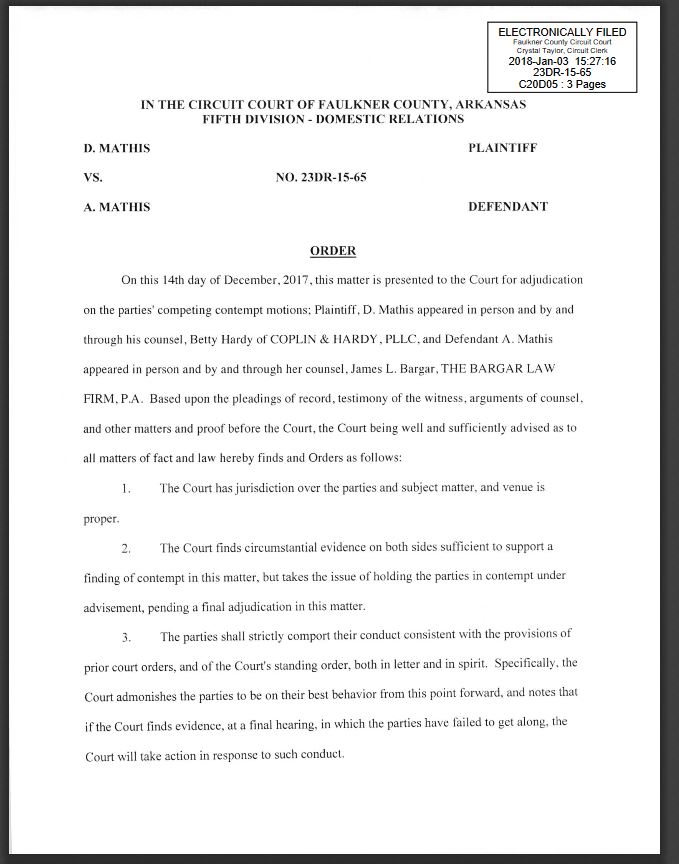 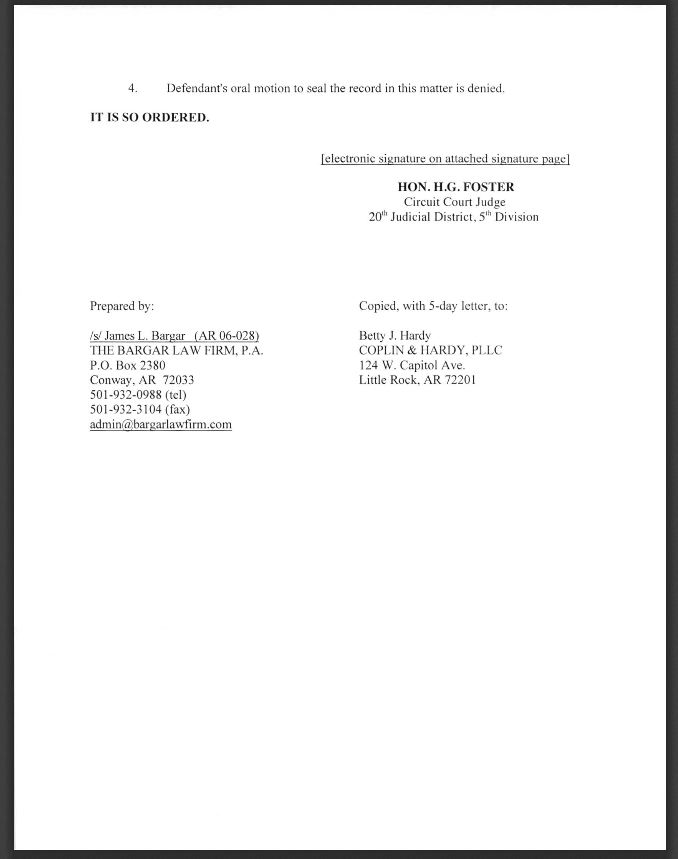 Too bad he did not subpoena the publisher of the blog as he would have learned about the little thing called the Arkansas Freedom of Information Act. But he is not concerned with the truth.