Our complaint to the Ethics Commission alleged that Mathis used her position to obtain sealed court records from another state, records that were of divorce proceedings of the current wife of Mathis' ex-husband.

You can read the complaint submitted to the Arkansas Ethics Commission by clicking here.

Mathis represent herself at the hearing and claimed that since she had been "sanctioned" at her former job, the matter already been dealt with and the complaint before them was moot.

Mathis also claimed that there was no policy about use of county email for personal use.

The publisher of this blog countered each defense claim made by Mathis and stated that the evidence was clear and overwhelming that Mathis used her position for personal gain and benefit.

He  pointed out that Mathis did not return the documents after she claimed she found out she was not supposed to have received them as her testimony in the hearing revealed.  Mathis tried to place blame on the circuit clerk from the other state.

The publisher also pointed out that the disciplinary action taken by her former employer had not bearing on the matter before the Commission, as did the pending investigation by Special Prosecutor Jack Quarry for possible criminal charges.

He also countered Mathis' claim about  email use and referred to an email from Faulkner County Attorney David Hogue that contained an excerpt of policy that prohibited such use. 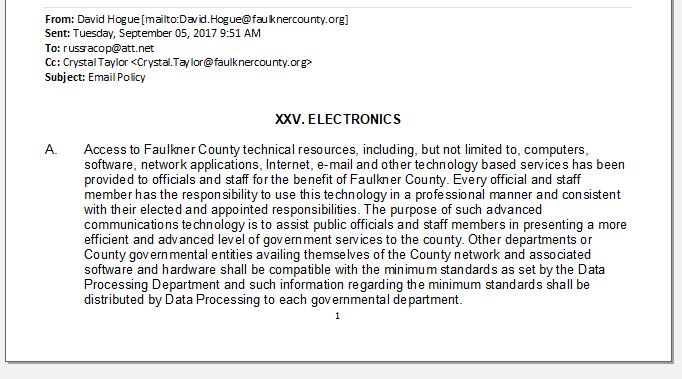 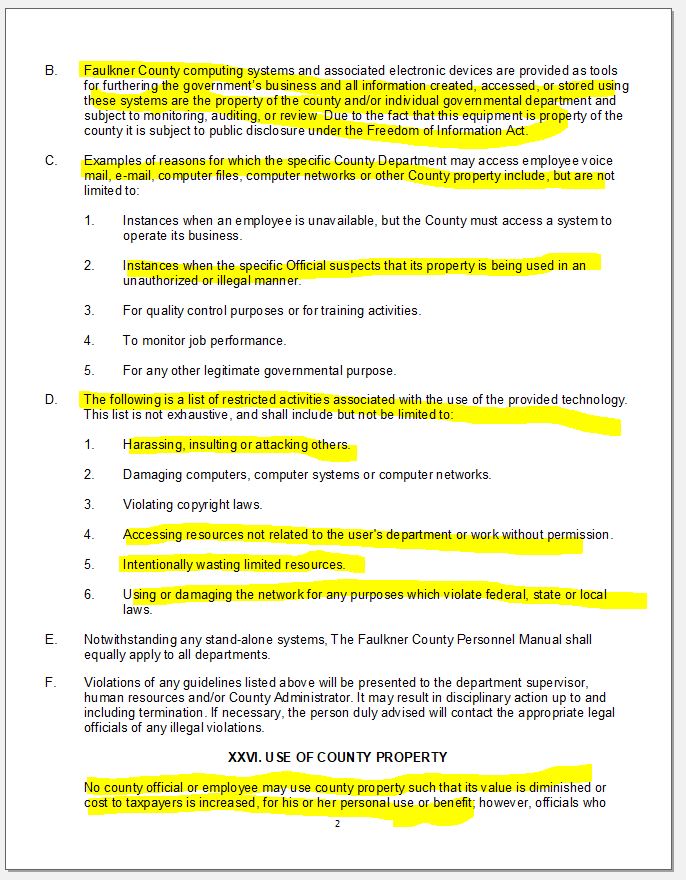 We will post the Ethics Commission file as soon as it is released to us - usually it is made public 30 days after a final decision.