The Arkansas Ethics Commission has set a probable cause hearing for the complaint about filed about April Mathis for November 17th.


Mathis used her position as the case coordinator for Cody Hiland, who was Prosecuting Attorney for the 20th Judicial District at the time. Hiland is now the U.S. Attorney for the Eastern District of Arkansas.

We posted about her shenanigans here and here. 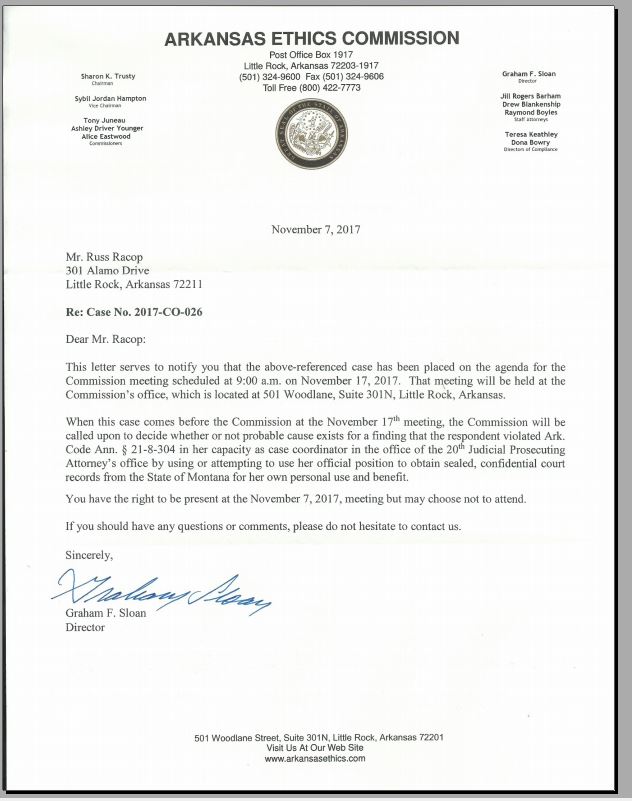 After months of Conway City Attorney Charles Clawson not taking any action on the investigative file Conway Police turned over to him, he finally sought out and received a Special Prosecuting Attorney to review the matter and potentially file criminal charges against April Mathis. We first contacted Clawson about this matter in August and then again in September. 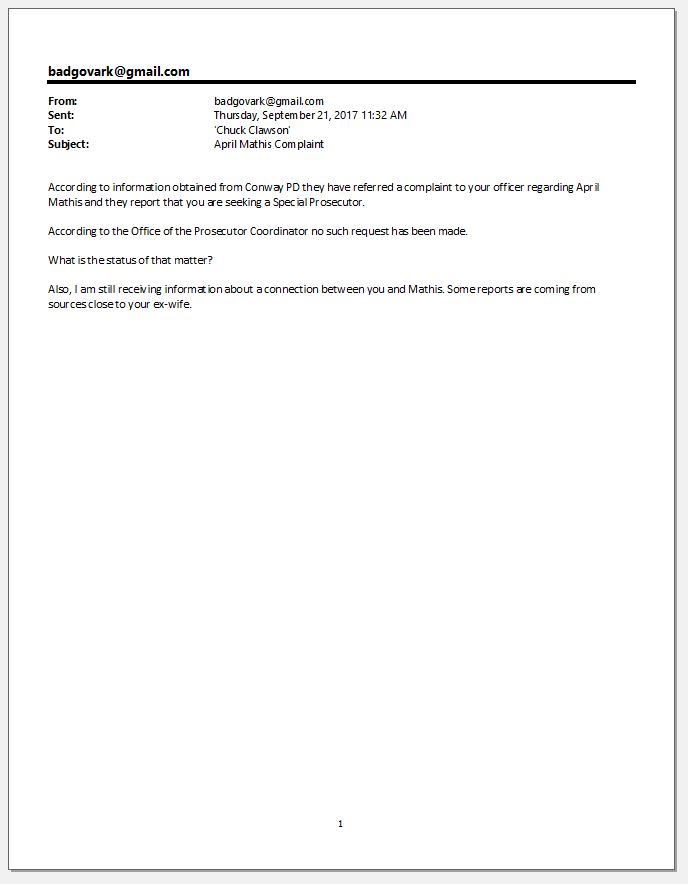