Bobby McCallister's days as a judge are done. This was announced today by the Arkansas Judicial Disciple & Disability Commission. 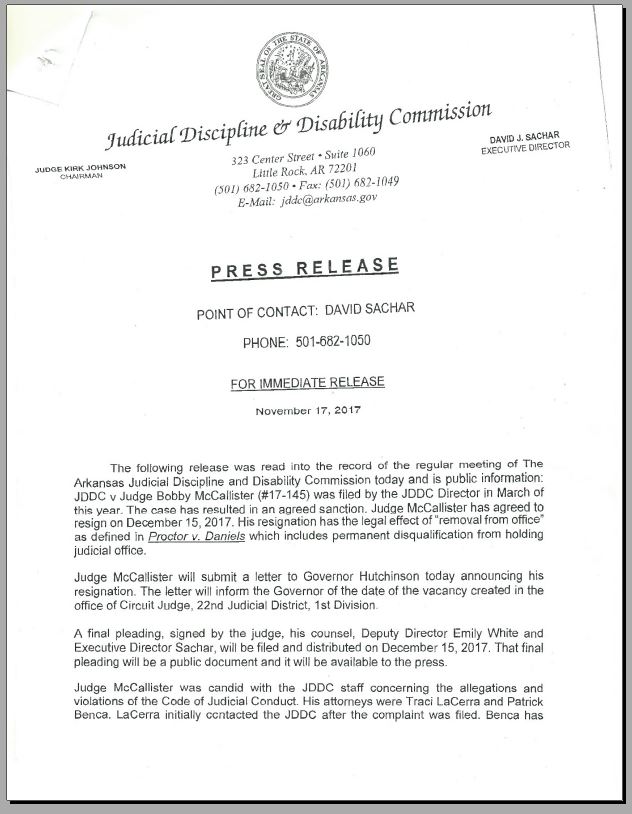 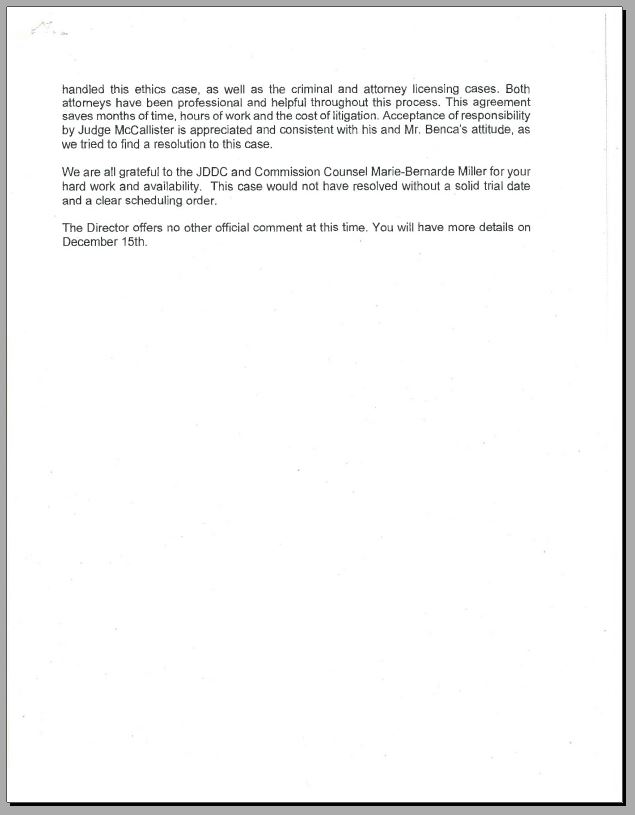 McCallister will continue to draw a paycheck until December 15th. He still faces a criminal trial in state courts and the IRS has apparently chosen to seek a civil judgment and let him slide on criminal penalties.

McCallister had filed no more than four returns in 22 years. He faces more than $100,000 in federal tax liens for years in private practice.