It only took David Gibbons, Special Prosecutor appointed to handle the case against Saline County Circuit Court Judge Bobby McCallister about a month to get criminal charges filed after an investigation was opened by the Arkansas Judicial Discipline and Disability Commission ("JDDC") back in March of this year.

It's a wonder that Gibbons filed anything as he is not known for going after public officials back in Russellville for his jurisdiction in the 5th Judicial District. -See previous posts:


According to documents released this morning by the JDDC, Judge McCallister did not file State and Federal Tax returns for over 20 years and a formal charges from the Commission were filed. First step in his removal from office. 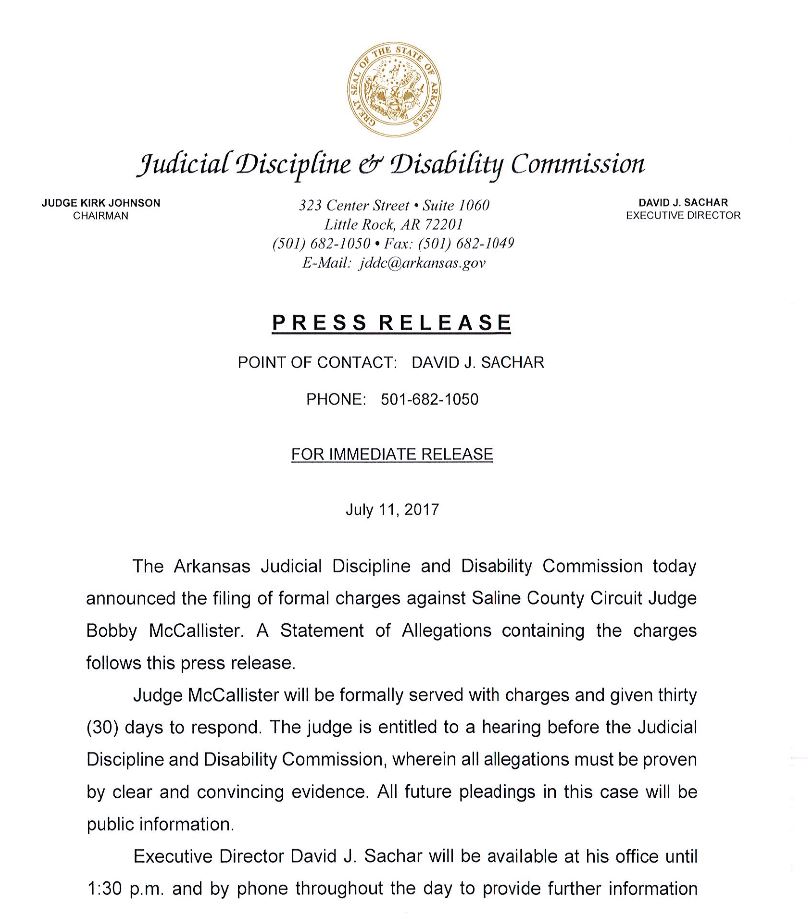 
Then this afternoon four felony charges were filed against Judge McCallister in Saline County and a bench warrant was issued for his arrest.


In the file release by the JDDC, there was an exhibit that revealed testimony by McCallister in a deposition in which he stated he had only filed tax returns four times in the last 22 years.

In the deposition he claimed the first time he failed to file a return was because he didn't have funds to pay the taxes due.

All of this came to light when McCallister's estranged wife found a suitcase full of demand letters and notices about unpaid taxes and folders of information she had given him to use to file taxes on her income.  She later found out the IRS has placed liens on their home and other property and she started filing separately and had to repay some past due taxes to square herself with the taxman. 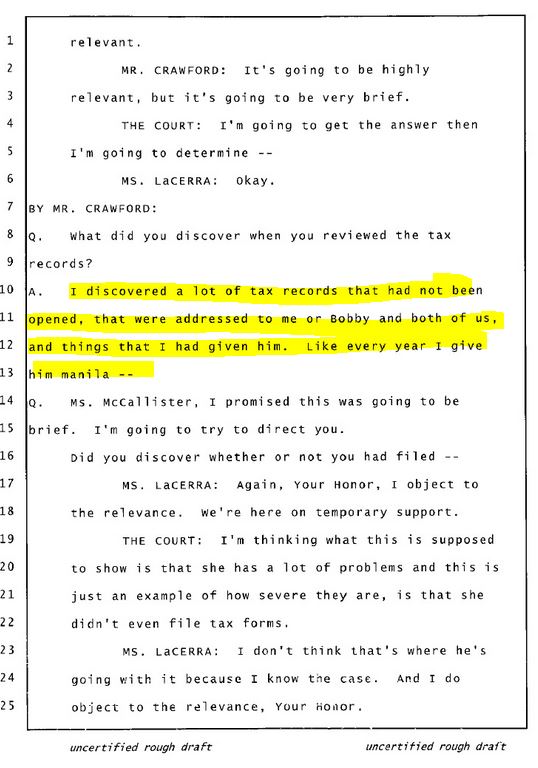 As previous reported, Judge McCallister refused to answer questions in a hearing concerning his divorce and invoked his right against self-incrimination to keep from answering questions posed to him. 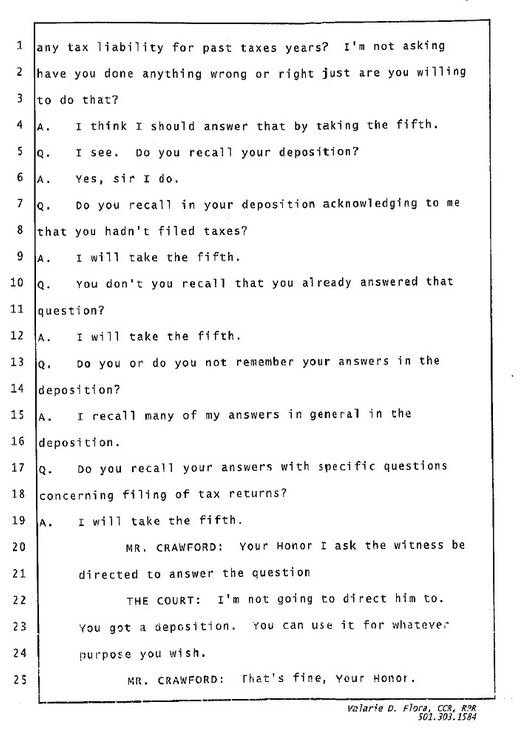