A Benton County deputy was arrested on today for Sexual Assault, 2nd Degree, a Class B Felony. 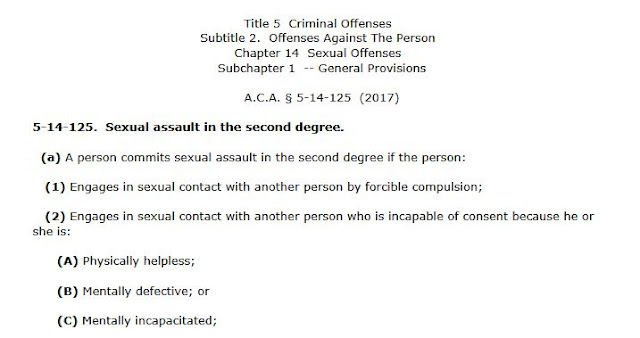 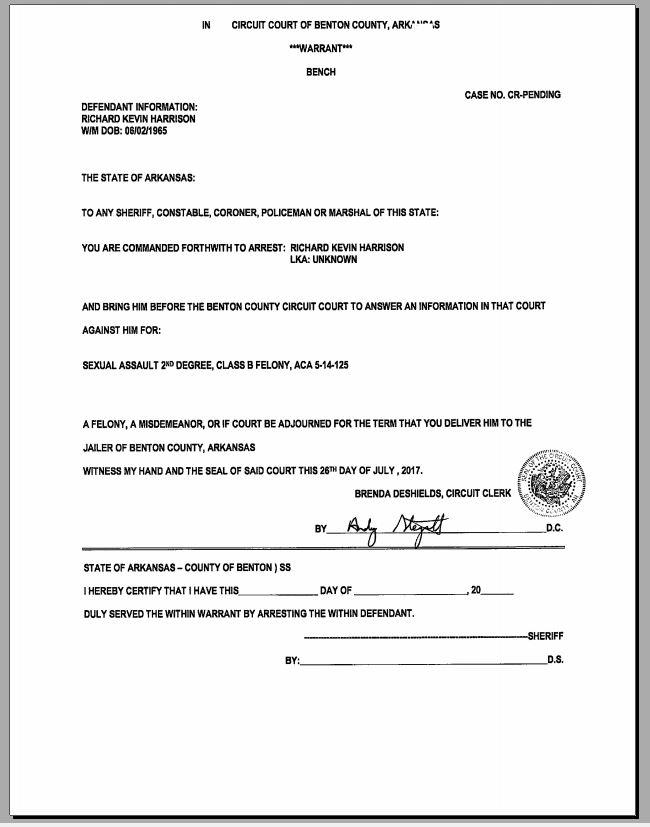 A Class B Felony carries a minimum sentence of five years but no more than twenty years and a maximum fine of $15,000.

If Harrison is found guilty of the offense, he would also have to register as a sexual offender.

He was fired from his position as a Benton County deputy on Wednesday after Rogers police informed the sheriff’s office about an impending warrant for Harrison.

Harrison was not on the job at the time of the incident, nor is the incident connected to his employment, according to a Benton County Sheriff’s Office press release.

Rogers police were called to a Rogers home on Monday after a woman, Kimberly Scott, said she awoke to find Harrison, her step-father, naked in her bed touching her, according to the incident report. Scott,  said she has been creeped out by Harrison for a while.


Documents filed in the criminal case against Harrison provide details that led to his being charged. 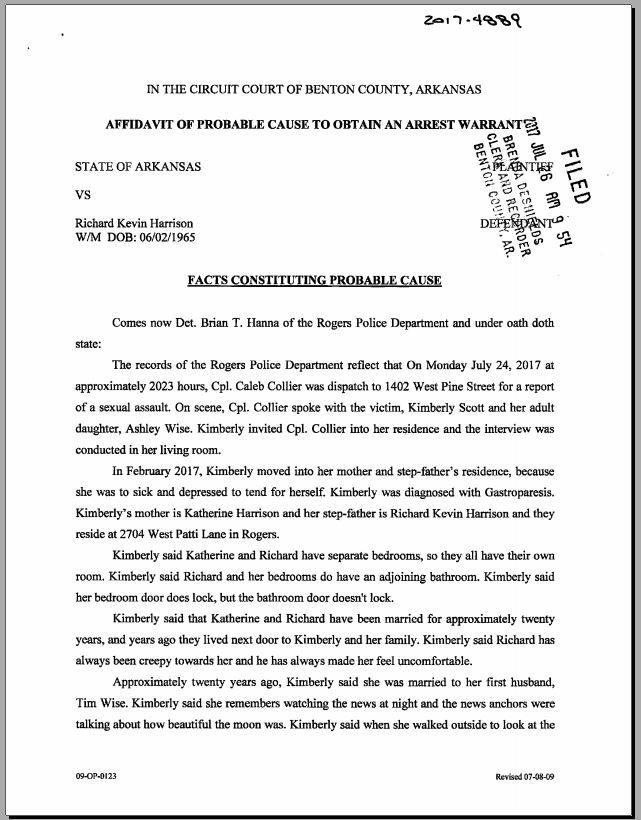 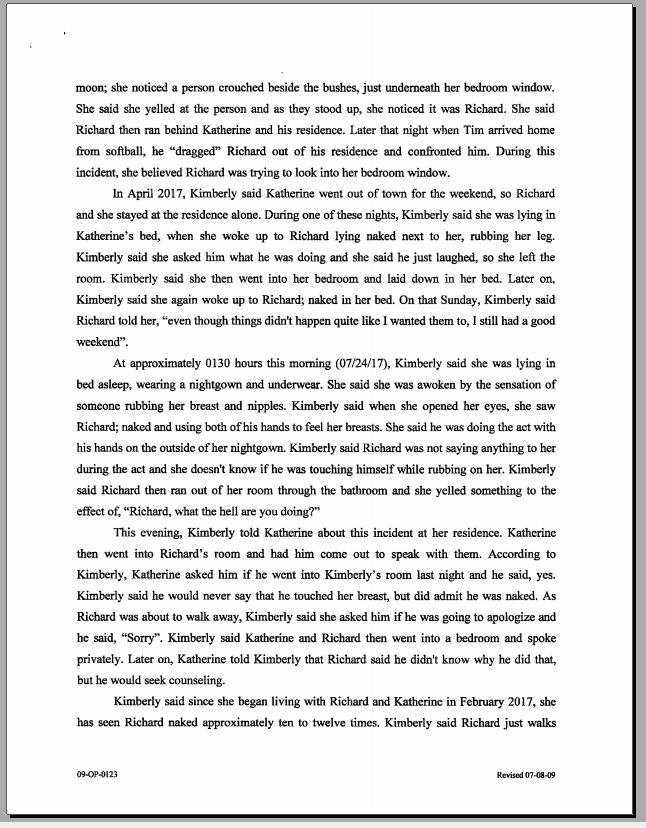 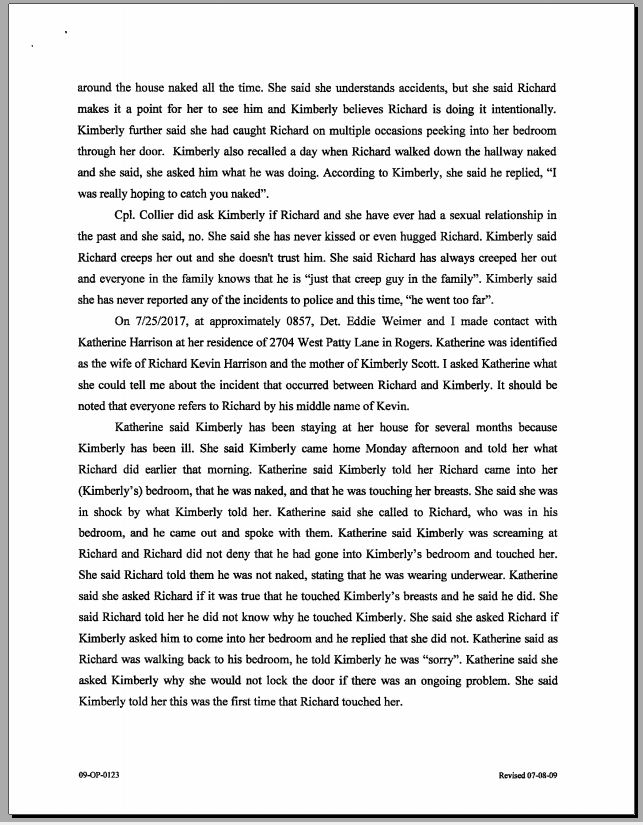 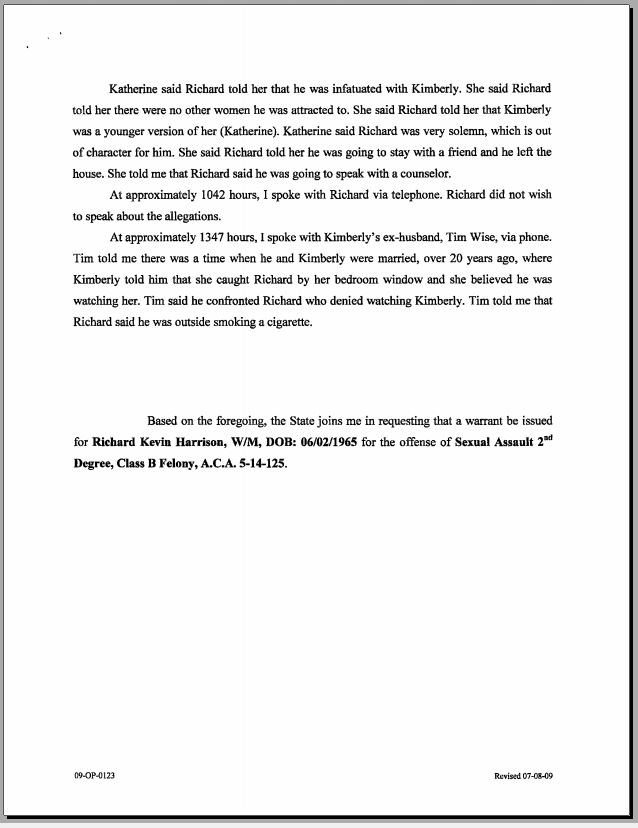 Scott said she has awoken to Harrison naked and lying in the same bed as her on multiple occasions, but this time he went too far.