A former Hot Springs police officer is accused of molesting a 9-year-old girl on multiple occasions beginning earlier this year.

The Sentinel-Record in Hot Springs reported that Paul Henry Allen, 41, was arrested Wednesday by the Malvern Police Department and transported to Garland County, where he was taken into custody by sheriff’s deputies.

Allen resigned Tuesday from the Hot Springs Police Department, one day before his arrest on four counts of second-degree sexual assault, according to the Sentinel-Record. 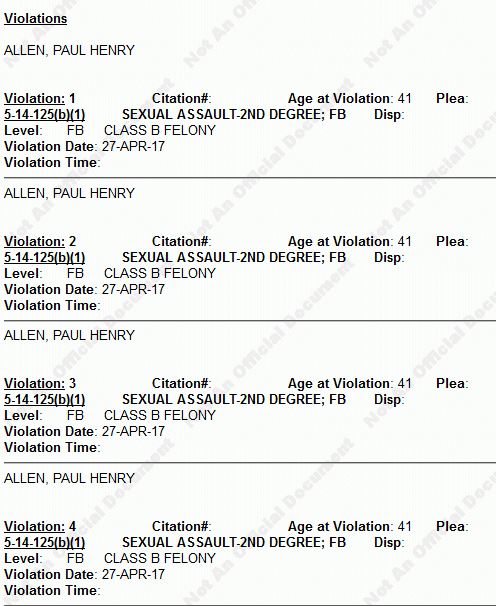 Hot Springs Police Chief Jason Stachey said in a statement that the Garland County sheriff’s office and the Arkansas State Police's Crimes Against Children division continue to investigate the accusations "to ensure complete objectivity and transparency."

The girl told authorities that Allen on more than one occasion touched her inappropriately.

The Sentinel-Record, citing text messages reviewed by investigators, said Allen admitted to touching the girl's buttocks "four or five times." The former police officer also reportedly said he was "fucking sick" and "sorry for what he did," adding that he didn't want to go to prison. 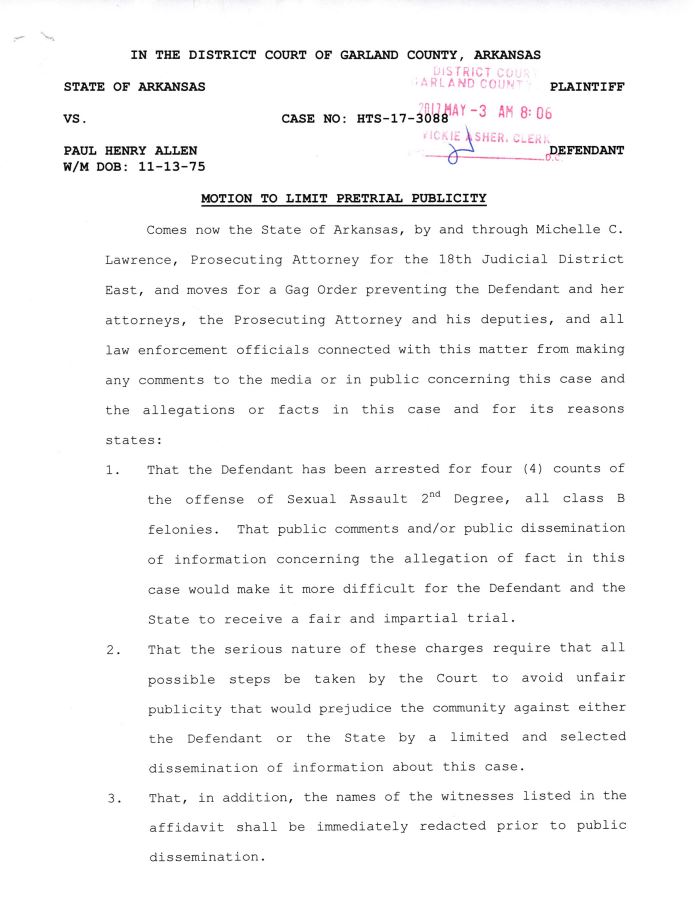 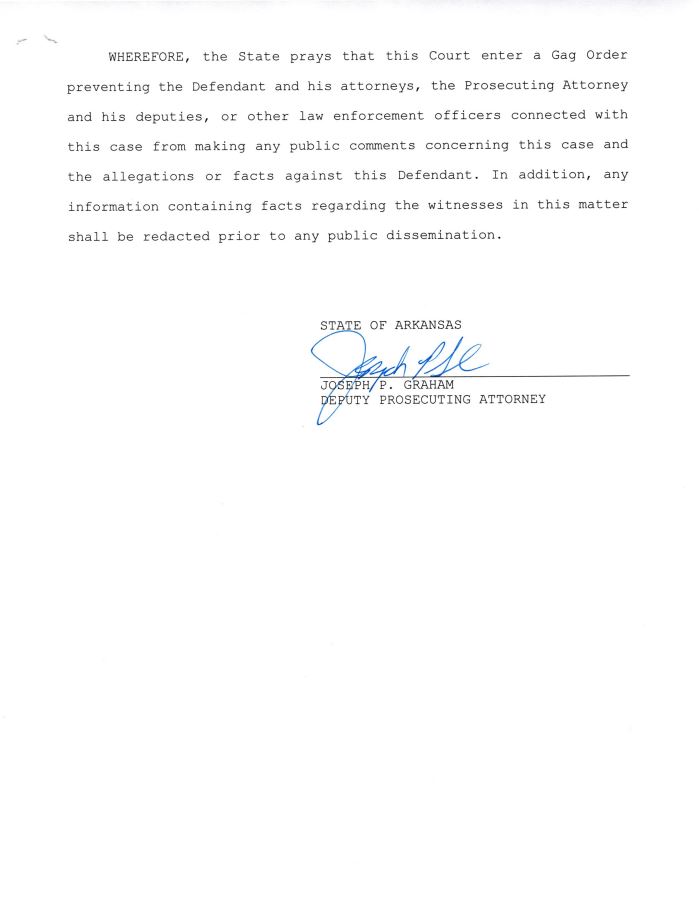 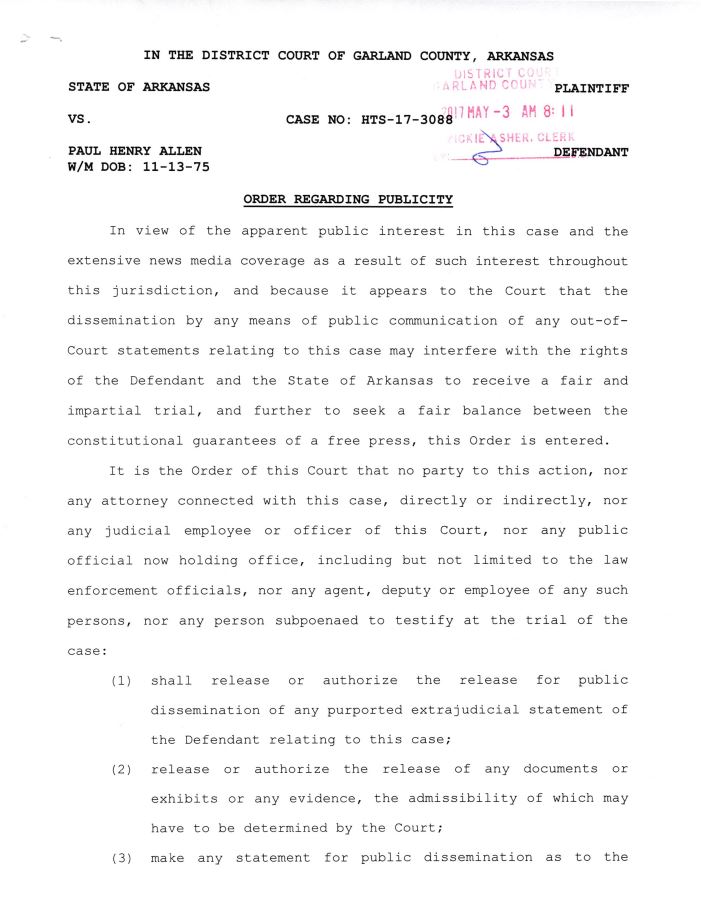 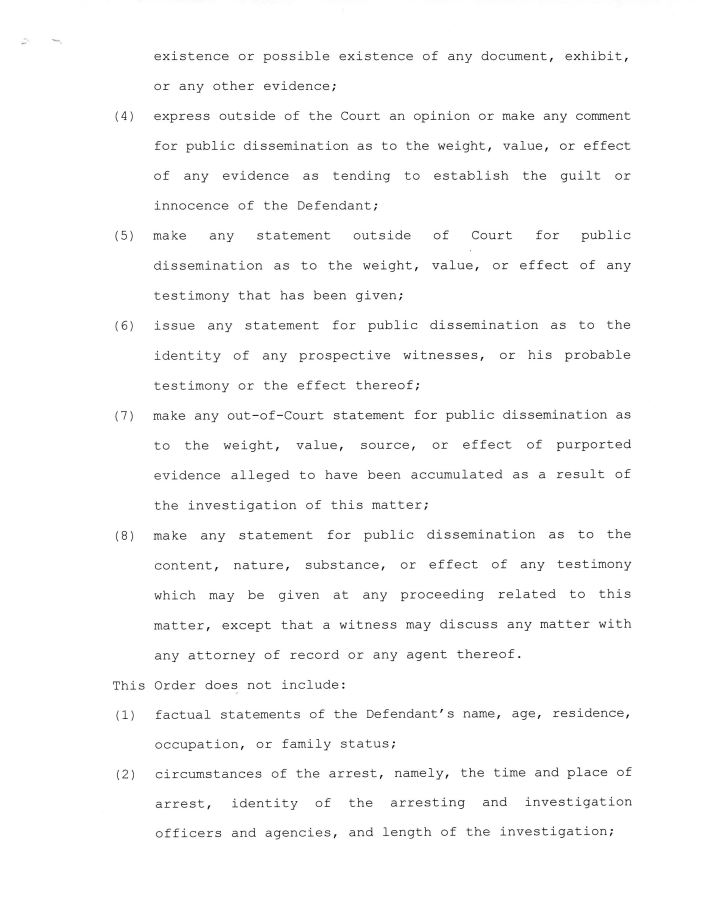 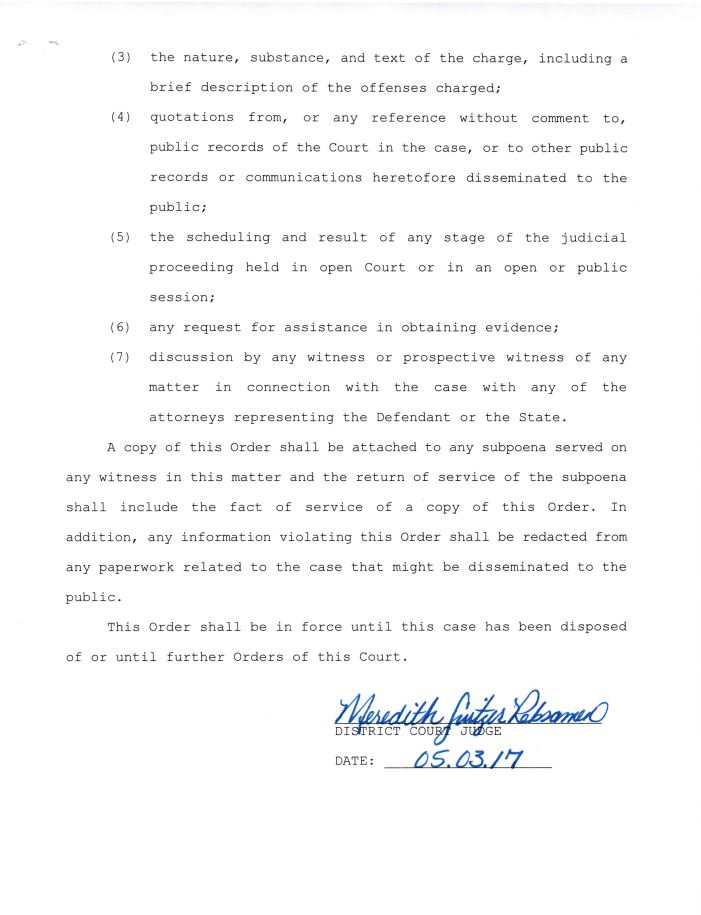 Allen joined the Hot Springs Police Department in May 2005 and had achieved the rank of officer first class, according to the Sentinel-Record.

Garland County jail records show Allen was released on $10,000 bail. He is set to appear May 15th in District Court in Hot Springs.