Ronald A. Roberson, an employee in state Treasurer Dennis Milligan's investment department resigned Tuesday after the state Board of Finance blocked Milligan's plans to reclassify the employee as a senior investment manager.

The action came after Milligan, a Benton Republican, touted his office's increased investment earnings to the board.

The board voted to require that the person hired to fill the new senior investment manager II position have a college degree. The treasurer's office interpreted the position requirements to also include at least seven years of experience in investing or banking, said his spokesman Stacy Peterson.

Division Director Ronald A. Roberson started work for the treasurer's office on February 6, 2017 at a $70,000-a-year salary. Milligan intended to reclassify him as in the senior investment manager II position, with no pay raise for fiscal 2018, which starts July 1st, said Chief Deputy Treasurer Grant Wallace.

Roberson has 38 years of investment experience and completed 135 college credit hours at the University of Arkansas at Little Rock but didn't earn a degree, according to his job application.

In a letter given to Milligan after the board meeting, Roberson wrote that "it has been an honor to serve you. Due to the opinions raised today by a few members of the state Board of Finance, I wish to tender my resignation from employment with your office, effective immediately."

Milligan said, "We're obviously disappointed that he has chosen to resign, but I respect his personal decision."

"We feel that his 30 years of market trading experience has offered our investment department a great deal of real-world knowledge," he said in a written statement. "However, I understand the concerns raised today at the state Board of Finance meeting and respect the wishes of my fellow members."

In March, Sen. Terry Rice, R-Waldron, told senators that Milligan hired Roberson, a former vice president and senior trader at the Bank of Oklahoma, as a senior investment manager when a college degree is required for the job.


At that time, Peterson said Roberson was placed in a division director position for which a college degree is preferred, "so he's qualified for the job."

As to Milligan's proposal to place Roberson in the new senior investment manager II position, board member Al Harkins said at the meeting that "one of my concerns here is that we have someone making decisions at the investment level that does not have a degree to go along with it.


"And if anything should go wrong, I don't know who takes the heat. But it may be us, if we set these standards," he said.

Then, the board approved Harkins' motion to require that the person holding the job have a college degree. There were no audible dissenting votes. The board includes the governor or his representative, treasurer, auditor, bank commissioner, director of the state Department of Finance and Administration, and the securities commissioner, and two appointees each by the House speaker and Senate president pro tempore.

When Milligan was the Saline County Circuit Clerk he was sued by former employee and that lawsuit was settled at a cost of $30,000.

Numerous lawsuits have been filed during his term as State Treasurer costing the state thousands more in fees, costs and settlements.

Shortly after taking office, Milligan spent thousands of dollars to spiff up his office.

Since taking office Milligan has run through staff like Sherman went through Georgia during the Civil War.

First there was Sam Swayze.

The problem with Swayze was that he was Milligan's first cousin and Arkansas' Anti-Nepotism laws specifically prohibit that.

The Arkansas Attorney General investigated and found that Milligan had violated the law and entered into a settlement agreement with him.  Milligan paid a $1,000.00 fine and subsequently repaid almost $7,000.00 Swayze received in salary for a couple of months employment.

Next was Jana Clark, the wife of State Senator Alan Clark and  Benny Speaks, the husband of State Representative Nelda Speaks. The employment of these two legislator's spouses was also illegal in that State law prohibits the spouse of an elected constitutional officer, which in that statute includes legislators, without first obtaining the approval of the Joint Budget Committee and the Governor.  Something Milligan overlooked.

Milligan tried to claim that they were "extra help" but the salaries these two were making, $52k each, was more than some of Milligian's full-time, legal employees.

Milligian ran into further trouble when it was shown (thanks to Matt Campbell and his Blue Hog Report) that Clark and Speaks were coded as full-time employees in the State Payroll system.

Next in the mix was the mess involving David Singer.  Singer was an Outreach Manger for Milligan's office. Singer lost his wife to cancer.

Jim Harris, Milligian's Chief of Staff at the time, sent an email to another employee that alleged Singer suffered from mental illness. 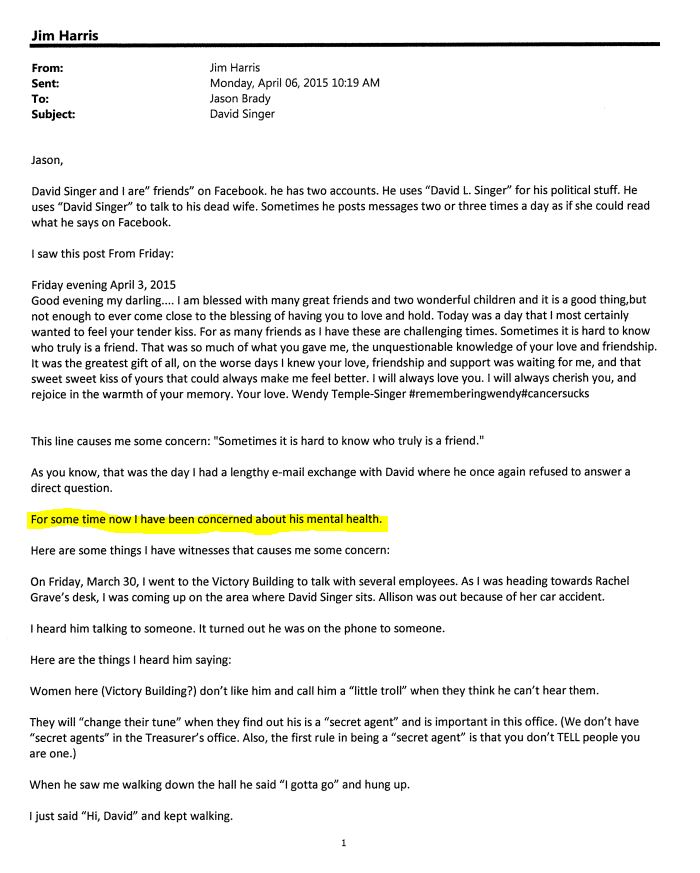 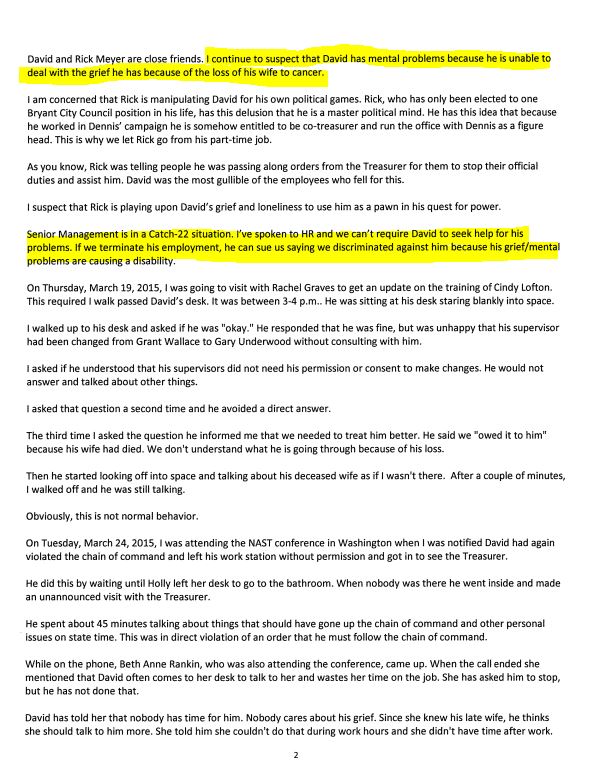 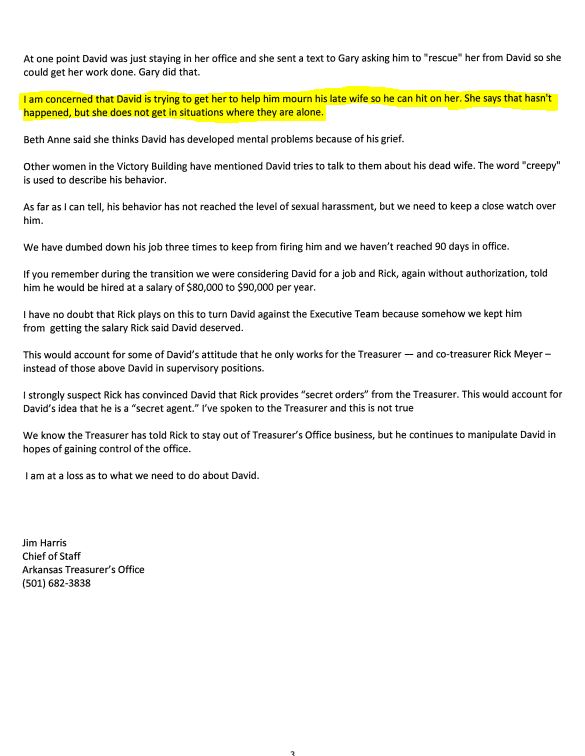 Singer was fired not too long after the email was sent.

The email was released to television station KATV in a response to an FOI request but not to  a reporter for the Arkansas News Bureau.

Singer filed a lawsuit against Harris and Milligan alleging “slanderous and defamatory remarks” in regard to Singer’s mental health during his time at the state treasurer’s office. The suit also named Dennis Milligan in reference to Milligan terminating Singer, as the Singer argued in the suit due to the mental health claims written in an internal memo that was eventually released under the Freedom of Information Act. Attorneys argue that the e-mail released to the media, that discusses mental health concerns, was the reason Singer was terminated in April 2015 from his position at the State Treasurer's office.

During the trial, Harris had some "chest pains" and was carried out of the courtroom on a stretcher. That act resulted in a mistrial. 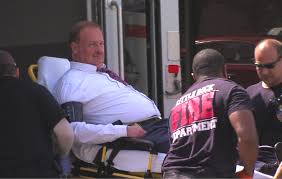 No doubt he felt the heat from Singers attorney, Luther Sutter.

Singer also reported Milligan for misuse of public funds.  That is probably the real reason for his firing.  Whistle-blower retaliation.

Harris also sent an email where he made unfounded allegations that Singer had
"swatted" another Treasurer's office employee.  Sounds like 'mental illness' might be a requirement to work for Milligan. 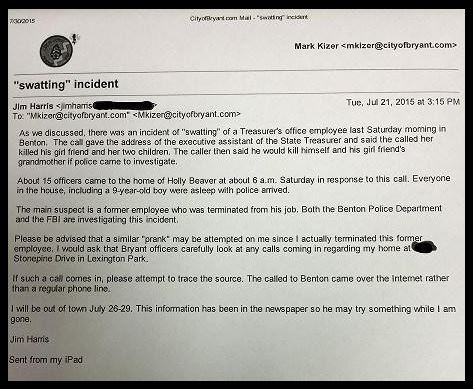 The Singer lawsuit is set to be heard later this summer.

If all this was not enough to send you over the edge, wait until you hear about Hunter Hatcher.

Hatcher was an Outreach Coordinator for Milligan.  He was also a member of the National Guard.


Hatcher came with some baggage.  Back in 2008 he was arrested and charged with Theft of Property, a Class C Felony.  Lucky for him,  the case against him was nolle prosequi - not prosecuted. 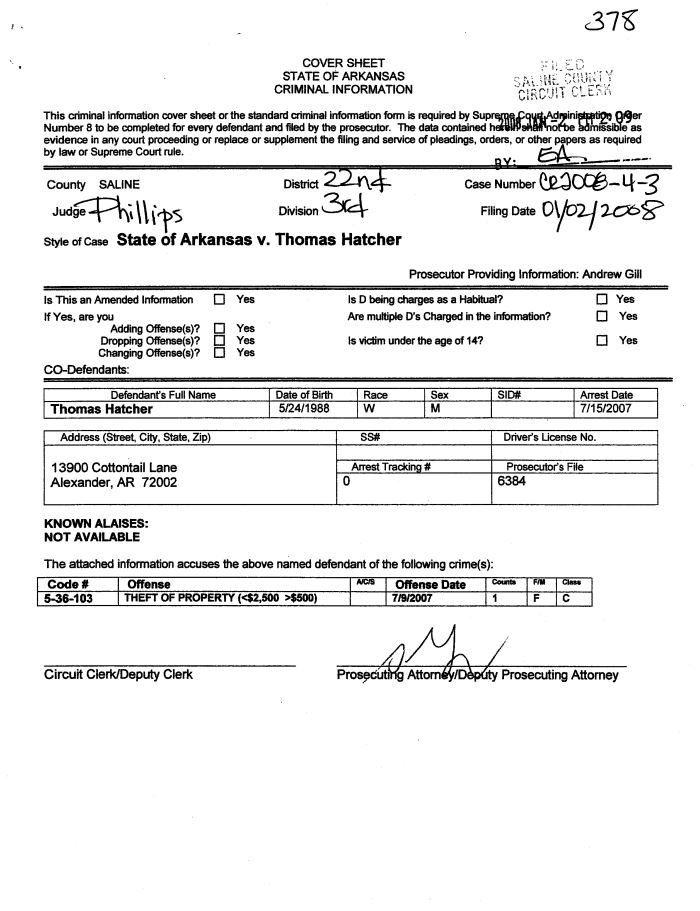 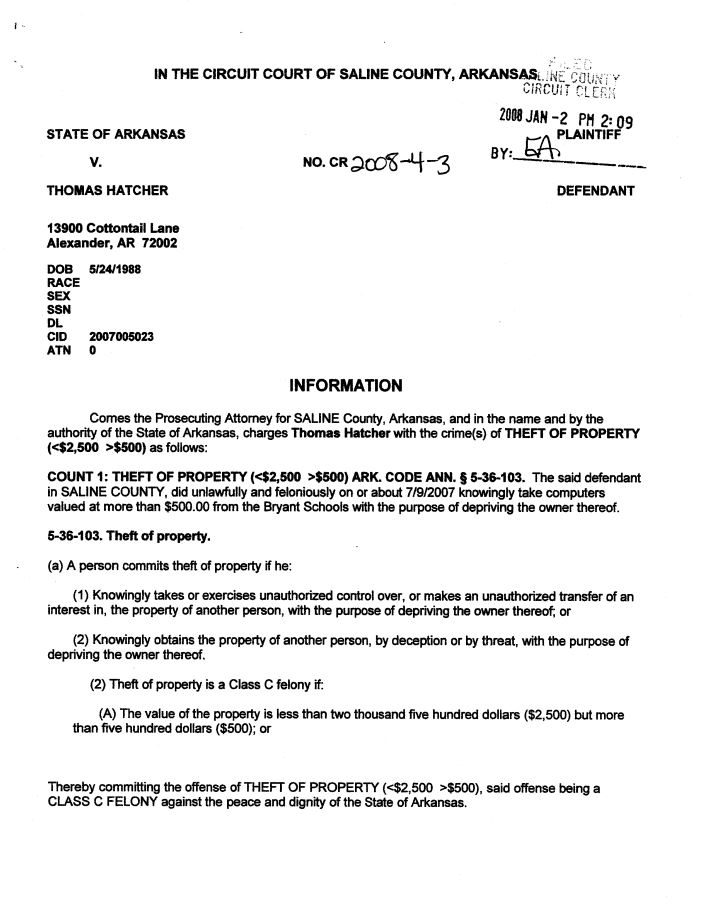 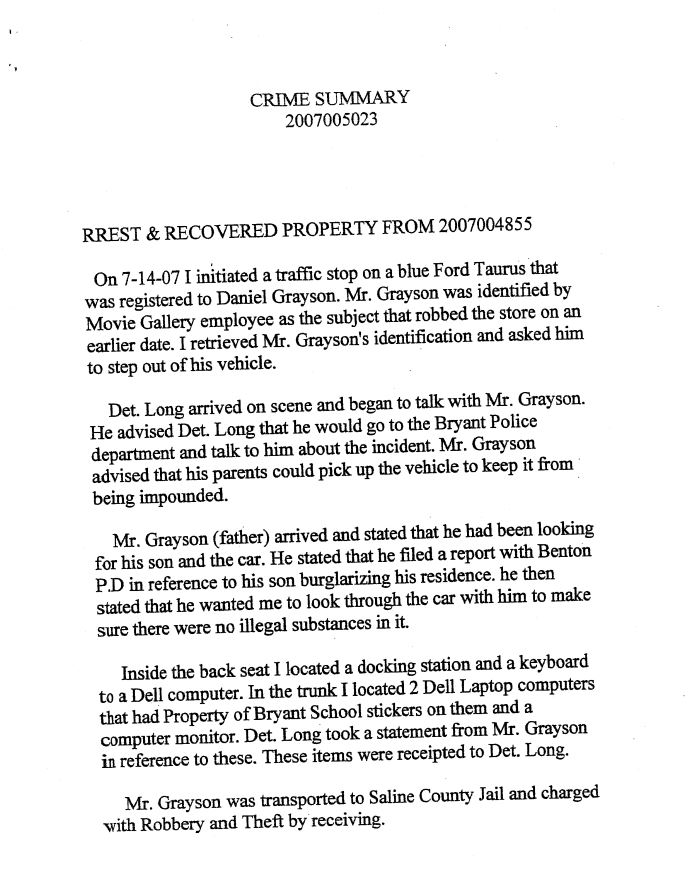 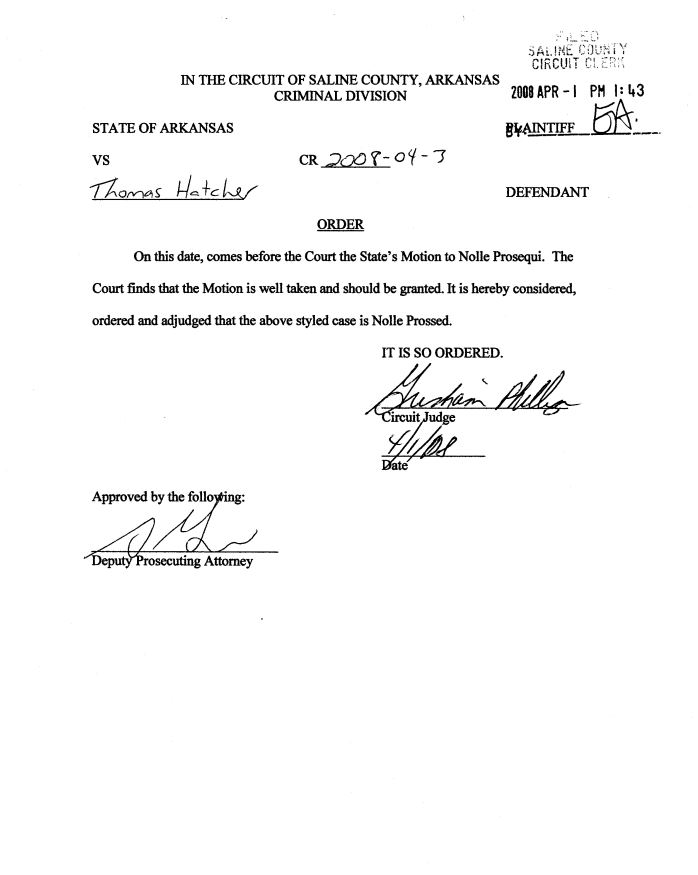 But thugs will be thugs and in 2015 he was arrested in Little Rock and charged with failing to submit to a chemical test and DWI. 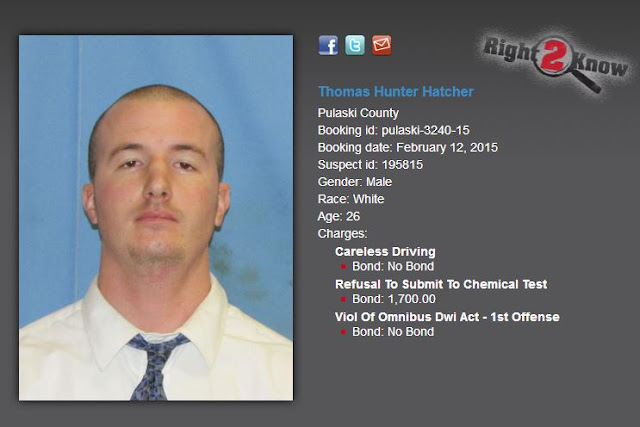 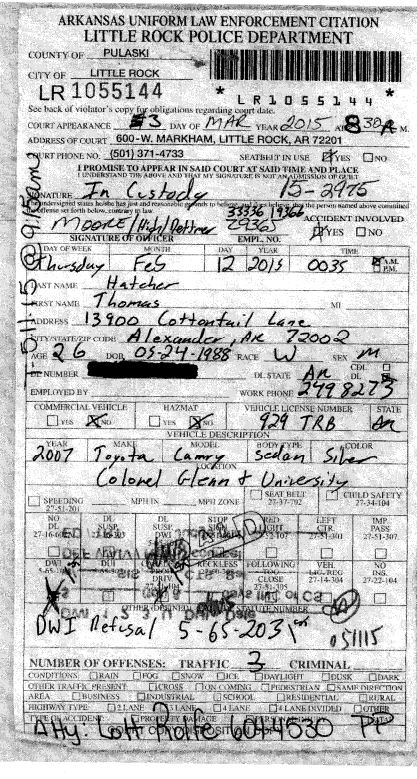 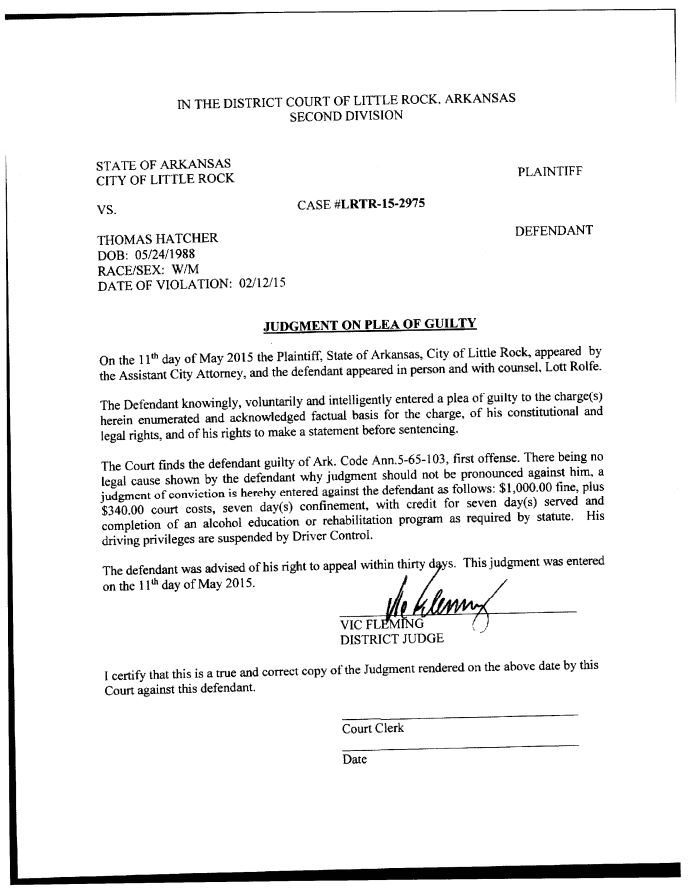 So it might not be a great shock, but in January 2017, he lost his marbles (that mental illness requirement again) or maybe the liquor made him do it and he made a series of social media posts that were misogynistic and anti-LGBT. 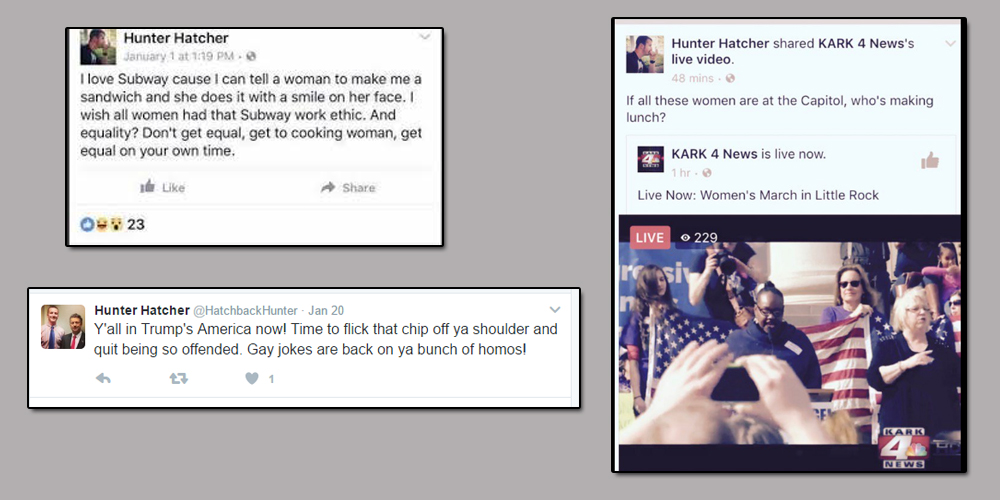 That created a public backlash that forced him to resign and initiated an investigation by the Arkansas Military Department (a/k/a, National Guard).

To keep his office from being filled with angry protestors, Milligan posted his own comments about Hatcher on social media.

You can be sure the circus that is going on at the Treasurer's Office is not ready to fold up the tent just yet.