A former Benton County deputy and former Springdale Police officer has pleaded guilty to one felony count of tampering with a witness and a misdemeanor count of release of unauthorized information. 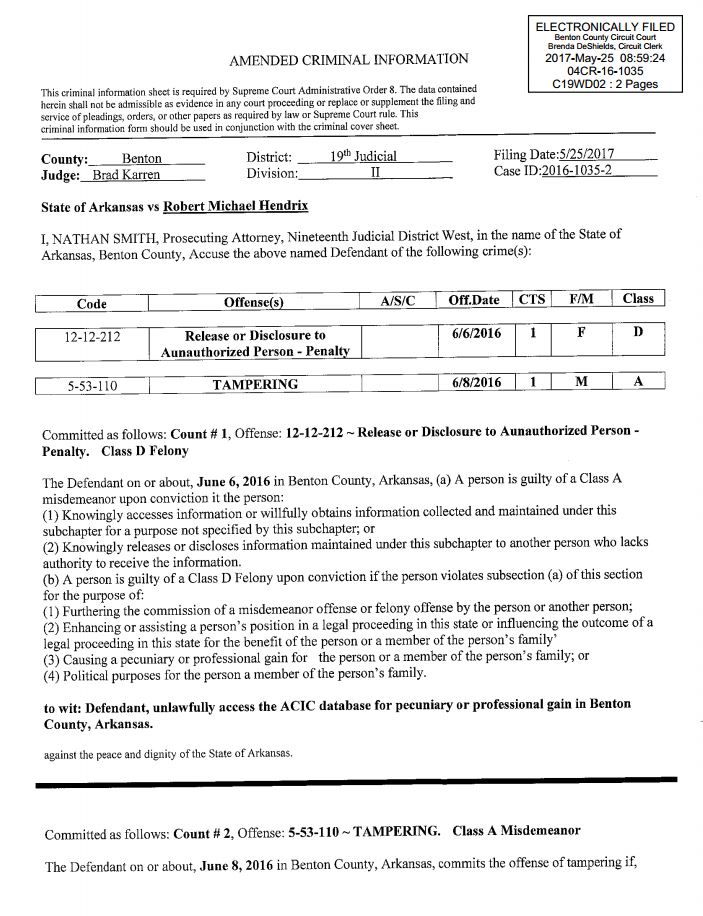 Robert Hendrix was sentenced to six years probation and 120 hours (15 eight-hour days) of community service that needs to be completed in the next three years. 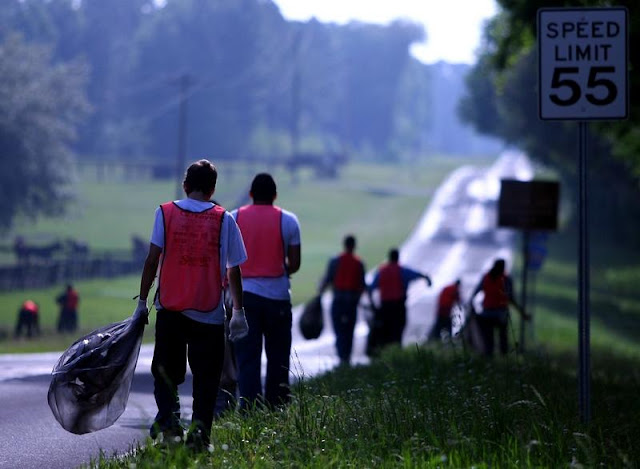 In 2016, Hendrix was investigated for using Justice Exchange for a private investigation service.

According to the arrest affidavit, Justice Exchange is a database that allows law enforcement to obtain sensitive information like social security numbers, addresses, drivers license photos and date of birth. 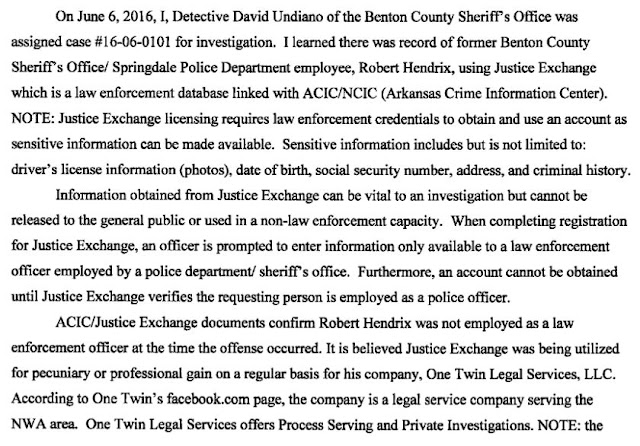 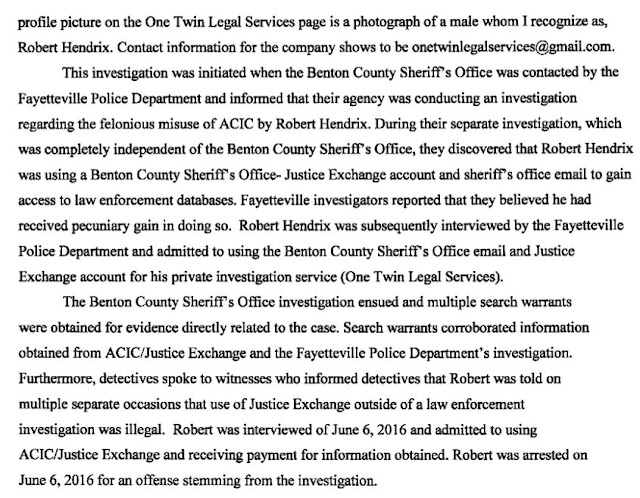 Apparently the Arkansas Democrat-Gazette has a snarky sense of humor.  In a story posted on their website this morning about how law enforcement agencies in NW Arkansas are getting prepared to deal with medical marijuana, they ran a photo of a Springdale police officer.  That officer is now a former police officer and convicted felon and the subject of this post, Robert Hendrix.


The photo of the disgraced former officer did not appear in the print addition.

We hope that they are poking fun, but the paper probably had no idea who Hendrix was even though it covered the story in their statewide editions.