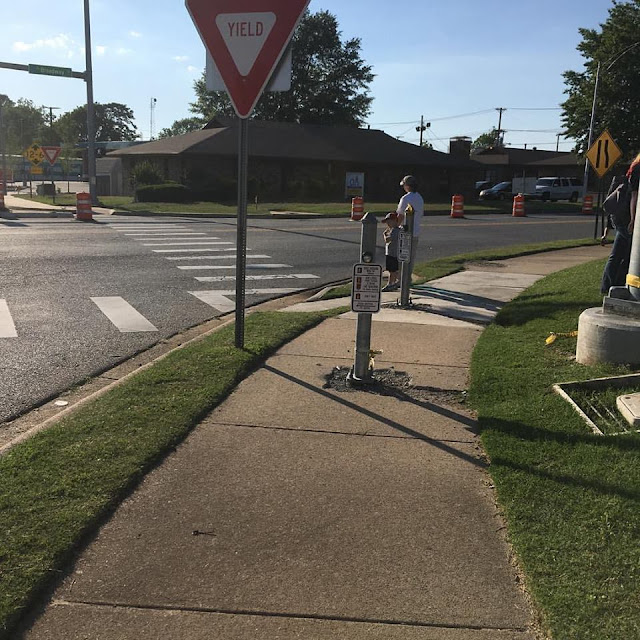 The Arkansas Highway & Transportation Department appears to have little concern for individuals with disabilities that might want to visit Dickey-Stephens Park to see a ballgame.

As part of their replacement of the Broadway Bridge, they are redoing the traffic signals and crosswalks.

Once the project is complete, the maintenance of the traffic lights will be handed over to the City of North Little Rock.

Apparently our telephone calls to make inquiries with engineers with the City of NLR and AHTD about the sidewalk blockage was the first notice of the bonehead move by the AHTD contractor. 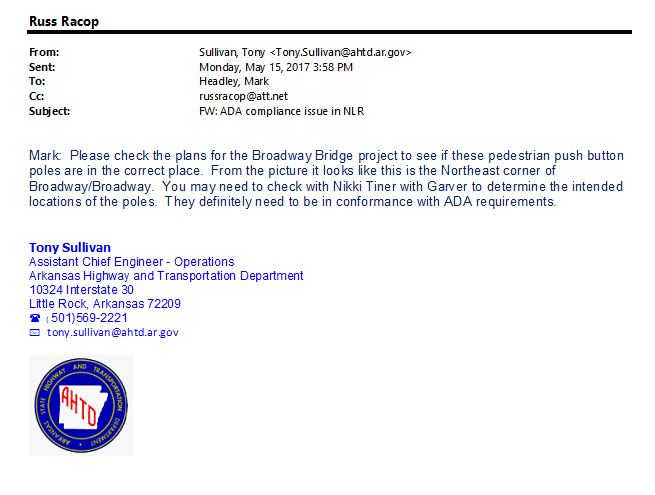 The AHTD is putting the blame on the contractor for putting the poles before the sidewalk. 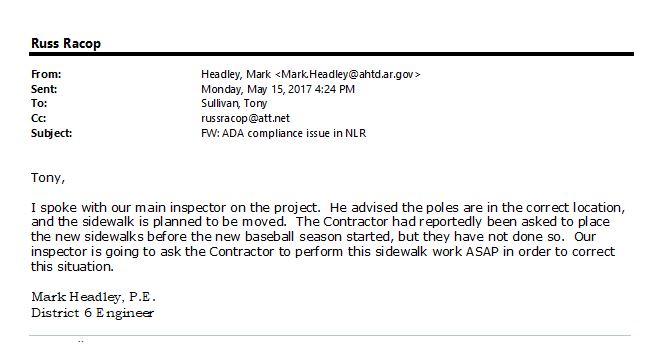