As mentioned in our last post, we discovered a video that had not been viewed by the Arkansas State Police investigators, the Special Prosecuting Attorney, or the Arkansas Judicial Discipline and Disability Commission in the case of the "Wild Bill" Pearson, the Circuit Court Judge that blasted through a sobriety checkpoint and took

Here is the video for your viewing pleasure.

After you watch it you will wonder how long it will take for citizens of that part of the state to seek Wild Bill's removal from office.

According to comments left on videos we posted on YouTube, the natives are upset off and restless. 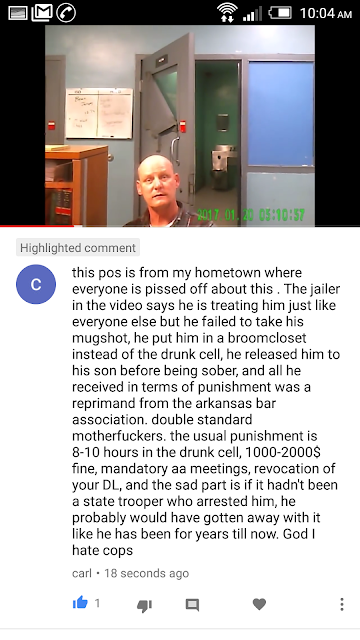 Carl the commentator is not too far off in his statement about what might have happened if another law enforcement agency other that the State Police had stopped Wild Bill. In the videos, you can see a Clarksville police officer hand Trooper Smith his cellphone and he tells Trooper Smith that it is his sergeant.

Trooper Smith can been seen and heard in the videos tell the Clarksville police he doesn't care who it is , he broke the law.

Trooper Smith is relatively new to Troop J having been transferred from Troop A in Little Rock.

We commend Trooper Smith for doing what he is commissioned to do, uphold the laws of our state and protect citizens from dangerous drunk drivers.

This debacle will follow Judge "Wild Bill" Pearson for the rest of his professional and private life.  It will create problems for just about every case he hears if he remains on the bench.

If anyone is going to protest against Judge "Wild Bill" Pearson in Clarksville, we suggest that the protestors wear flannel shirts and a Cardinals ball cap. 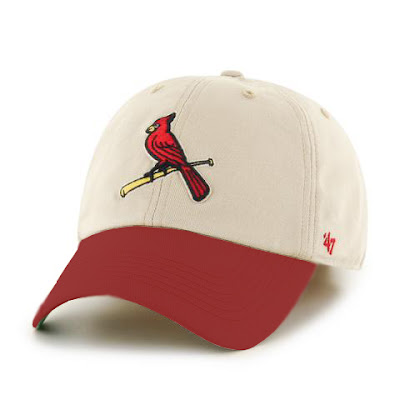 ************
Videos of Judge "Wild Bill" Pearson running through the checkpoint and being booked into jail we previously posted.