A Crawford County detention deputy facing felony charges has been  placed on administrative leave after allegedly having a sexual relationship with a minor.
Micha Gale, 24, was accused of having a relationship with a 17-year-old female, who was left in the deputy’s care while her parents were fumigating their home for bedbugs, according to Crawford County Sheriff Ron Brown.

Gale was arrested by Van Buren Police and has been charged with first-degree sexual assault. 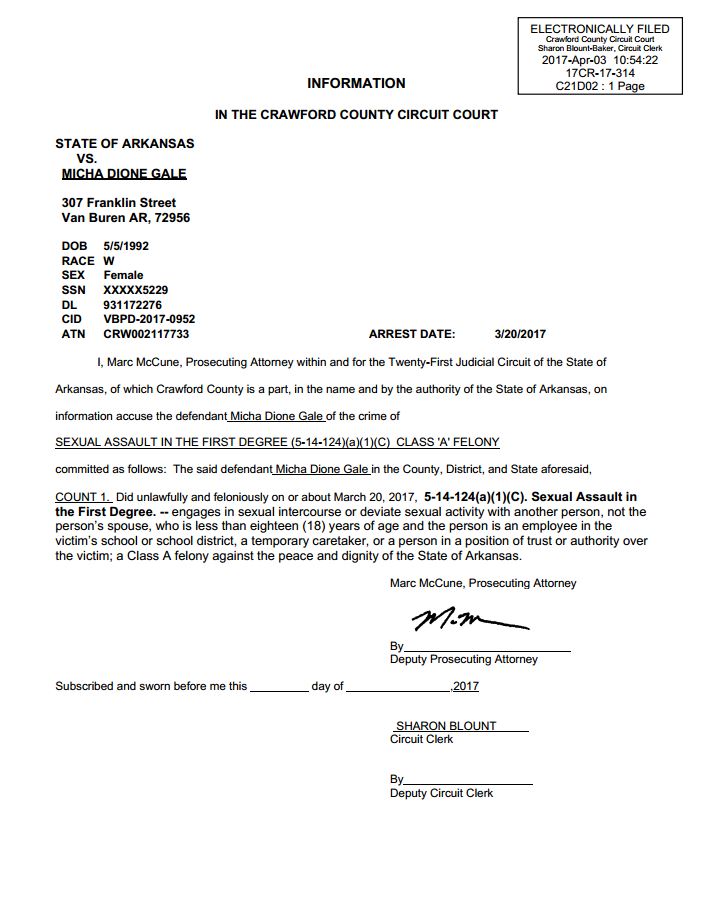 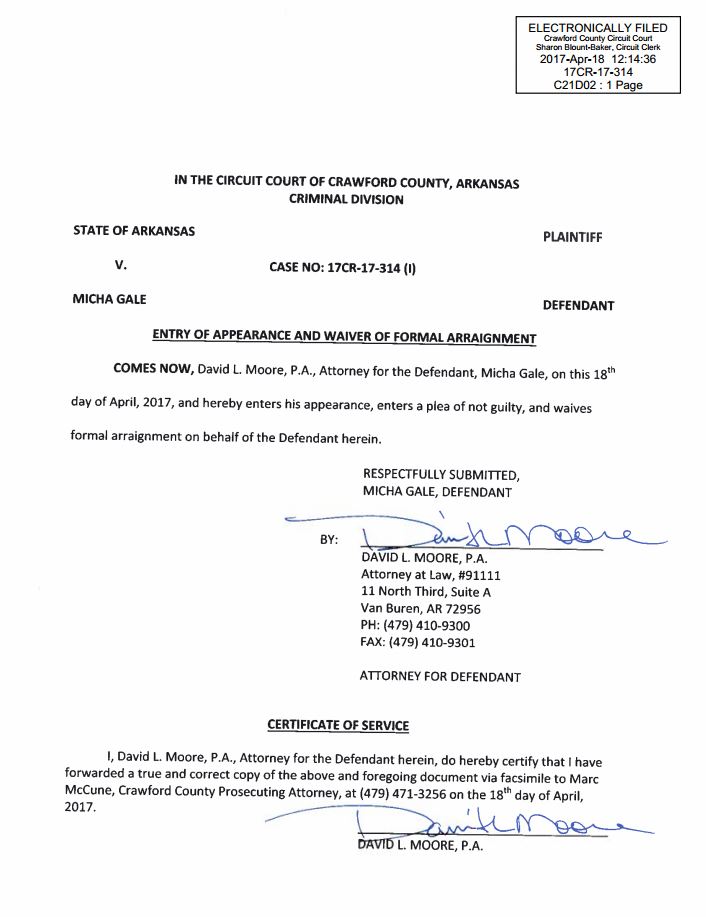 According to Sheriff Brown, Gale had been employed by the Sheriff’s Office for about one year.

Gales' LinkedIn profile lists that prior to her employment with the Sheriff's Department she worked one month for the Arkansas Department of Correction. 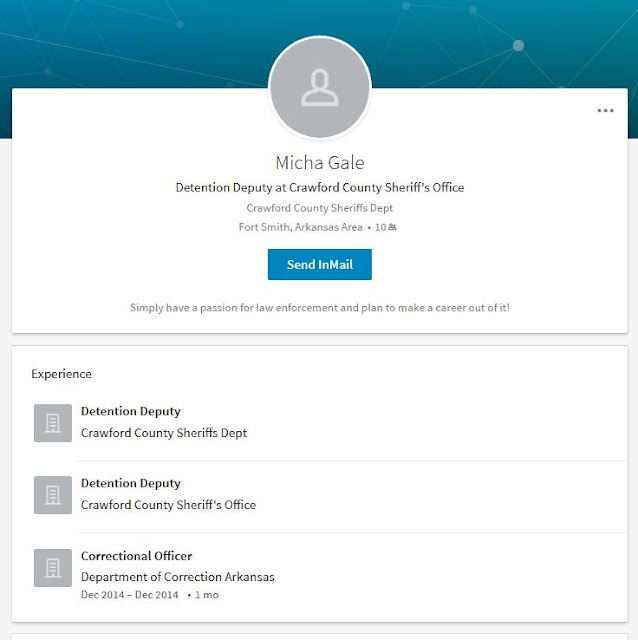