Records obtained form the Pulaski County Assessor's Office indicate that Little Rock School District School Board President Vicki Hatter does not live in the zone she was elected to represent.

That box is located at the U.S. Post Office on Kavanaugh in the Heights area of Little Rock. 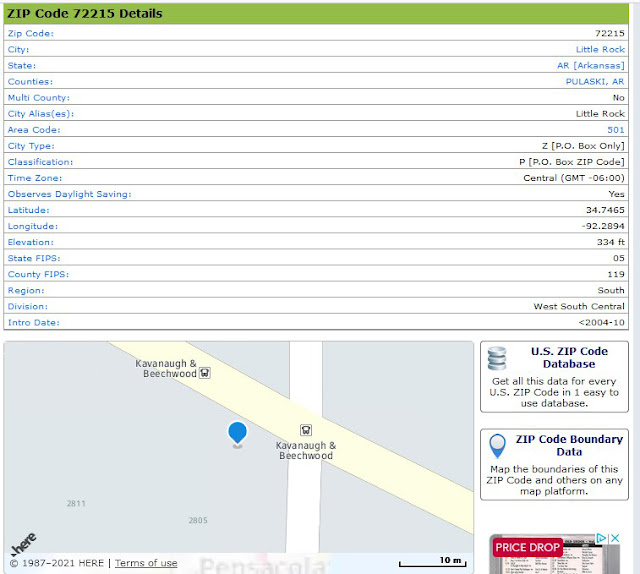 Her residence was listed as 7820 West Capitol Avenue, Apt 411, on her voter registration. 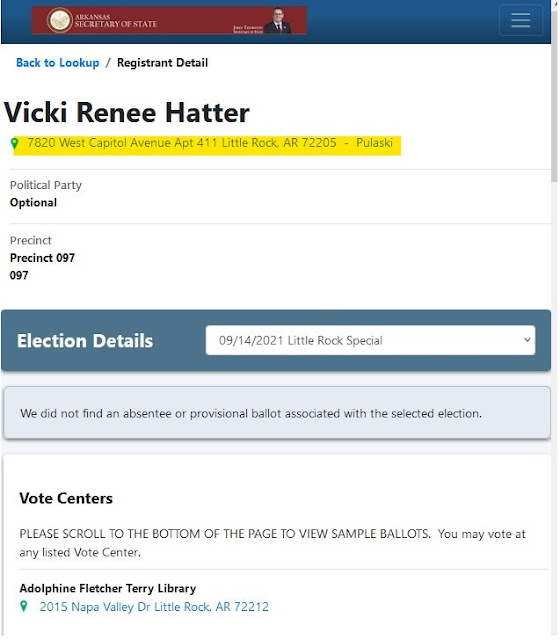 If her voter registration was/is accurate, there is a post office much closer to that location (right around the corner on West Markham) than where that PO Box is located (Kavanaugh & Beechwood) 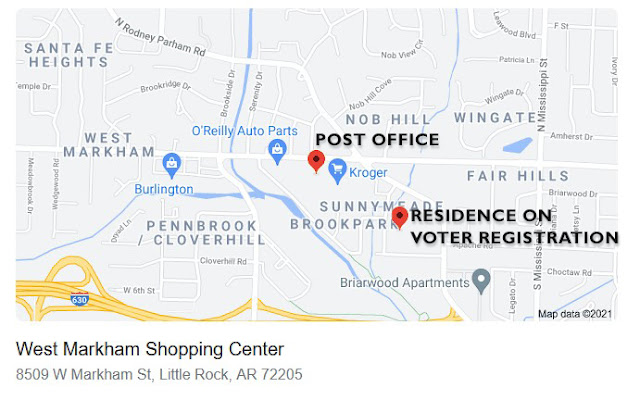 We asked Hatter about her residence. 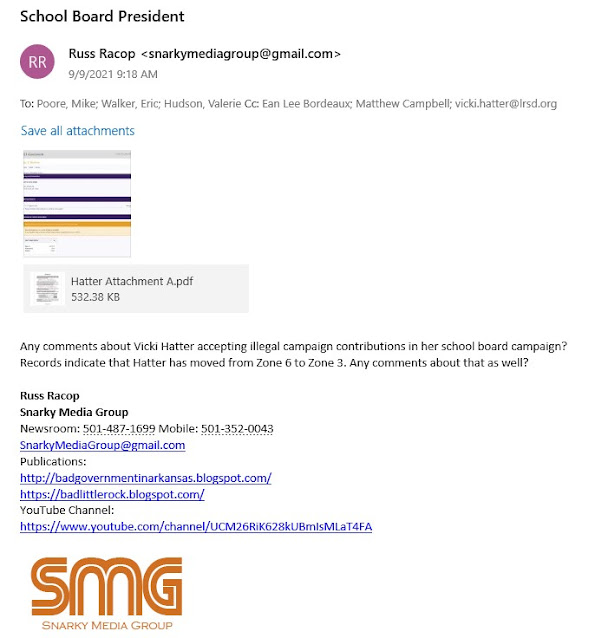 Hatter also has some explaining to do about her accepting illegal campaign contributions and failing to adhere to the statutory reporting requirements.

Hatter assists taxpayers and small businesses with taxes. Based on our observance of the reports she has submitted concerning her campaign finances, we wonder how often her client get audited.

Those campaign filings are the subject of an investigation by the Arkansas Ethics Commission based on this complaint.

At tonight's school board meeting, Hatter did not deny the assertion that she does not reside in the zone she was elected to represent.

We don't need individual's like Hatter in public office. She needs to resign immediately, for the good of the school district.

We received an email from the LRSD superintendent Mike Poore this morning. 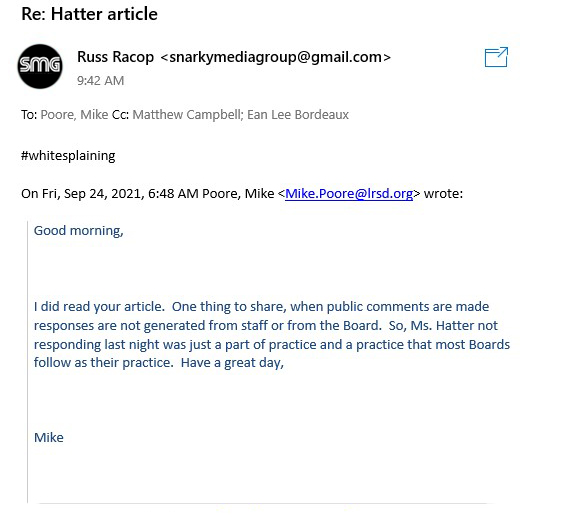