Followers of this blog will remember our numerous posts about April Mathis, a former employee of then Faulkner County Prosecuting Attorney Cody Hiland (now U.S. Attorney for the Eastern District of Arkansas) who used her position to obtain sealed court records of a case involving the current wife of her ex-husband.

You can check out these posts to get all the details:

Last week the publisher of the blog received a subpoena duces tecum and was to appear for a deposition today.

Our publisher filed a motion to quash the subpoena and thus halted the illegal attempt of shyster Barger to get his notes and identify sources of his stories.


Motion to Quash Subpoena Du... by on Scribd

Brief in Support of Motion... by on Scribd


Arkansas, as backward as it is, has a great shield law for journalists. 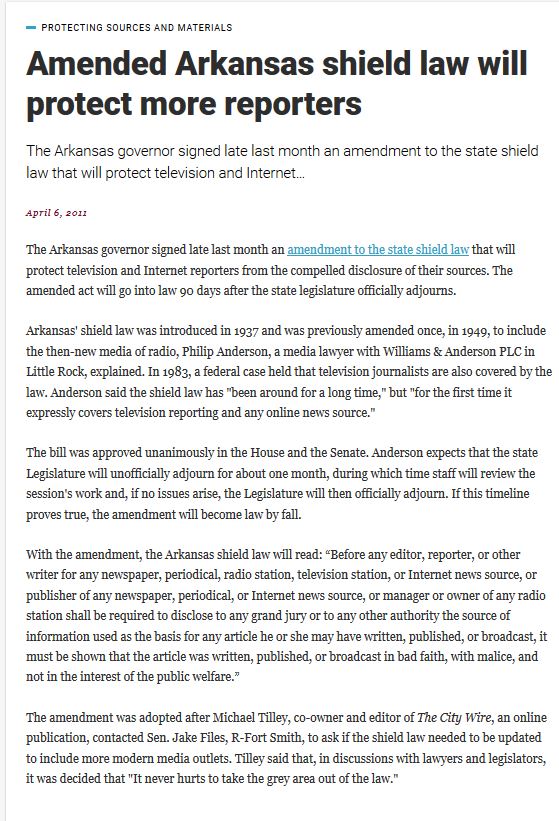 While highly unlikely, this case could impact the rights of the free press in the state of Arkansas.


One of the potential witnesses, if this matter proceeds to a hearing, might be David Sachar, the Executive Director of the Arkansas Judicial Discipline and Disability Commission, that cited this blog and recognized it as a state wide media source in a filing regarding the removal of Saline County Circuit Court Judge Bobby McCallister. 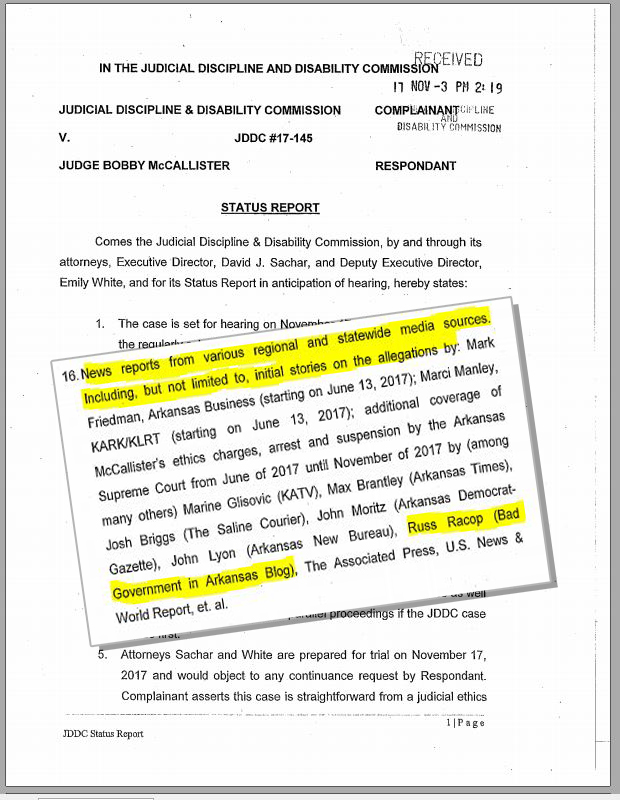 Another might be Max Brantley with the Arkansas Times,  who frequently cites the investigative reporting from this and Bad City of Little Rock blog.

Stay tuned for details about this and while you wait, we will give you an update in our continuing coverage of the domestic relations case concerning April Mathis.

A source provided a copy of some pleading in her case that will arouse some public interest: 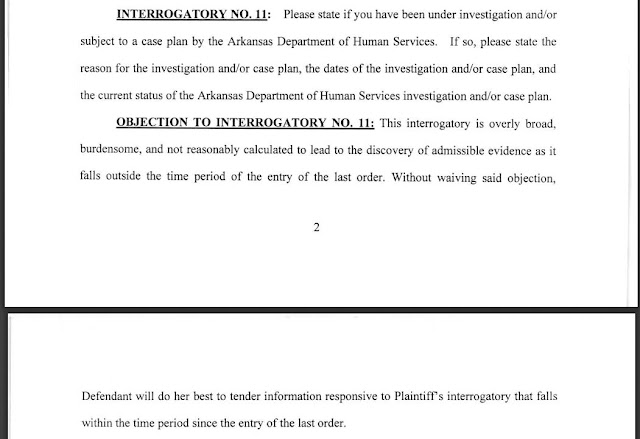 It should be noted that April Mathis did not deny that she tried to kill herself. All she had to say is no, if she had not, and move on.

Again with the question about a Department of Human Services, Division of Children & Family Services suspected abuse/neglect investigation, she could have simply responded no, if no such investigation has occurred,  and moved on.

Another thing that creates public interest in April's case is the violation of the Arkansas Rules of Civil Procedure in not using full names, not the initial of the first name, in case filings.

Another point of interest is the two other attorneys involved in the case. Betty Hardy, the Plaintiff's lawyer and Charles Hoskyns, a sloppy, not-to-bright fucker, that makes a living as an ad litem.

Those two shysters will be discussed in stories on our  Bad Attorneys in Arkansas blog.