As we predicted in a previous post, Judge Doug Martin recused for "judicial economy" from Shae Newman's case seeking to prevent release of records relating to the termination of Fayetteville Public School District Superintendent Matthew Wendt. 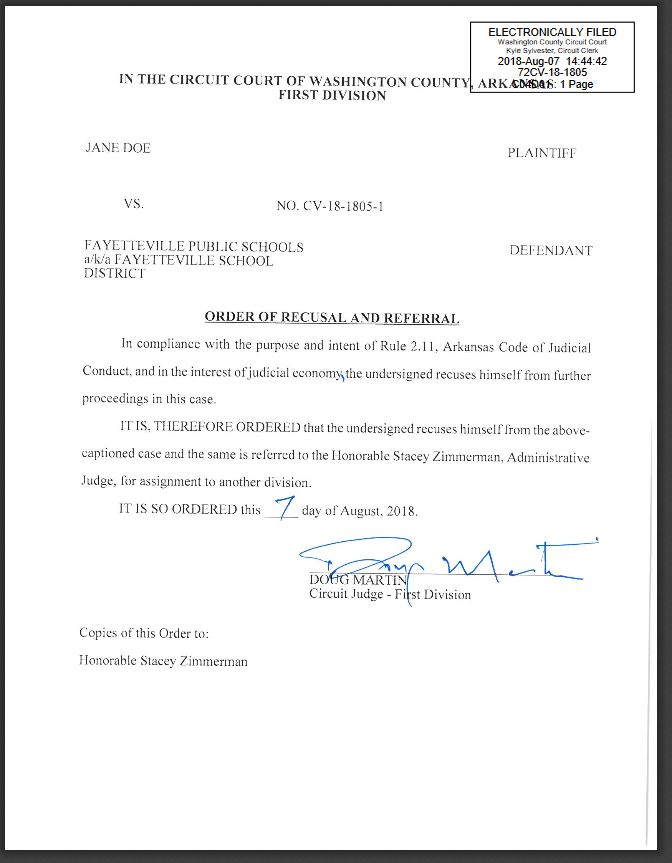 Newman filed the case as "Jane Doe" to remain anonymous, even thought her attorney Suzanne Clark had released information to the press that identified her and the Fayetteville School District released records confirming her identity as "Jane Doe".

We predict that the records will be released sooner than later and all Shae Newman has done is to make sure everyone knows she cheated on her husband and had a steamy adulterous affair with her boss.

What is yet to be confirmed is the alleged affair Wendt had with a school board member.

Fayetteville Public Schools seems to have issues with sexual misconduct by employees (this is the third sex scandal in the last six years) and the public is entitled to know the truth about what is going on with these public employees.