Earlier today we were one of, if not the first, media outlet to obtain all the personnel records that Pulaski County Circuit Court Judge Tim Fox ordered the Department of Human Services to release regarding Attorney General Leslie Rutledge employment and separation from employment with that agency. 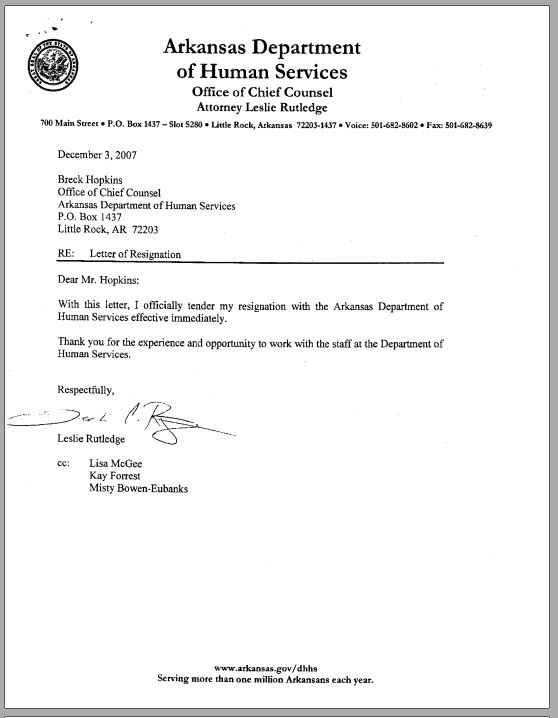 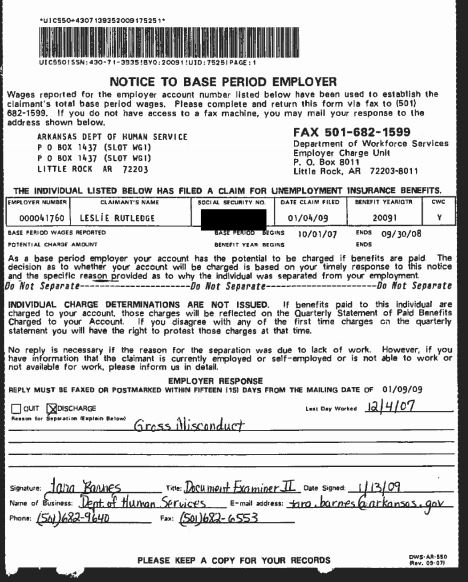 You can view all of the records released by clicking here.


An employee with the Democratic Party of Arkansas ("DPA")  filed a lawsuit against DHS to release the personnel file of Attorney General Leslie Rutledge, which would include her termination files.

Attorney Chris Burks filed the lawsuit on behalf of Reed Brewer, DPA communications director, against Cindy Gillespie, in her capacity as Arkansas DHS Director, for a “refusal to provide public records.”

According to the lawsuit, Brewer filed a Freedom of Information Act request on Monday, July 2nd, seeking Rutledge’s personnel file while she was an agency employee and all communication to the present day between DHS officials and Rutledge.

DHS reportedly acknowledged the request on July 5th and requested a five-day extension, which Brewer did not agreed to.


Under the Arkansas Freedom of Information Act, government entities typically have three days to provide documents have been requested under the AFOIA.

DHS requested another extension on July 25th, and Brewer granted an extension until July 25th for the personnel file and August 3rd for the emails.

In the lawsuit, Brewer contended that the file he received was the “exact same 51-page document released in 2014.”

Brewer is asking the court to find that Gillespie failed to comply with the FOIA request “either in bad faith or negligently” and order the agency to provide the documents.

Brewer said his intent with the lawsuit was to determine why Rutledge was terminated as an employee at DHS, citing a “public interest” in the issue.

According to Brewer, the issue of Rutledge’s DHS termination “has been in the news cycle” for several years and needs to be resolved.

Rutledge responded to the lawsuit with a written statement, claiming the Democratic Party is “dragging up decade-old fake news.”

“As I said in 2014 and the record is clear: I voluntarily resigned my position with DHS on December 3, 2007, to immediately begin working on my friend and former Arkansas Governor Mike Huckabee’s 2008 presidential campaign,” Rutledge said.  “On December 13, 2007 — ten days after my voluntary resignation — my former supervisors at DHS scratched out ‘voluntary’ and altered my personnel file to reflect something that was completely false without any notice to me or legal justification for doing so.”

Matt Campbell on his Blue Hog Report back in 2014 exposed questionable emails that Rutledge had sent during her employment with DHS.

You can read about that by clicking here.

Voters need to make a change in November and send ole Leslie on her way.

Trump might be looking for a new Attorney General and she is already one of his lackeys.