Jonesboro Police Officer Justin Thompson was fired this week after an internal investigation revealed that he has used a city issued gas card to fill up his personal vehicles as far back as 2016 which is a criminal offense - Theft of Property.

The records reflected that it appeared that Officer Thompson often filled his patrol car more than once on some days and that the mileage did not match up to the amounts of fuel being purchased.

Thompson often filled his patrol car up at the end of his shift and then filled it up again at the start of his next shift.

So on or about September 21st, Sgt. Oldham reported her findings to Capt. B.J. Smith. Smith then notified Thompson that he was the subject of an internal investigation and he needed to get his ass into Smith's office at 0900 the next morning.


So on September 22nd, Capt. Smith had Thompson sign this form and then began interrogating him. 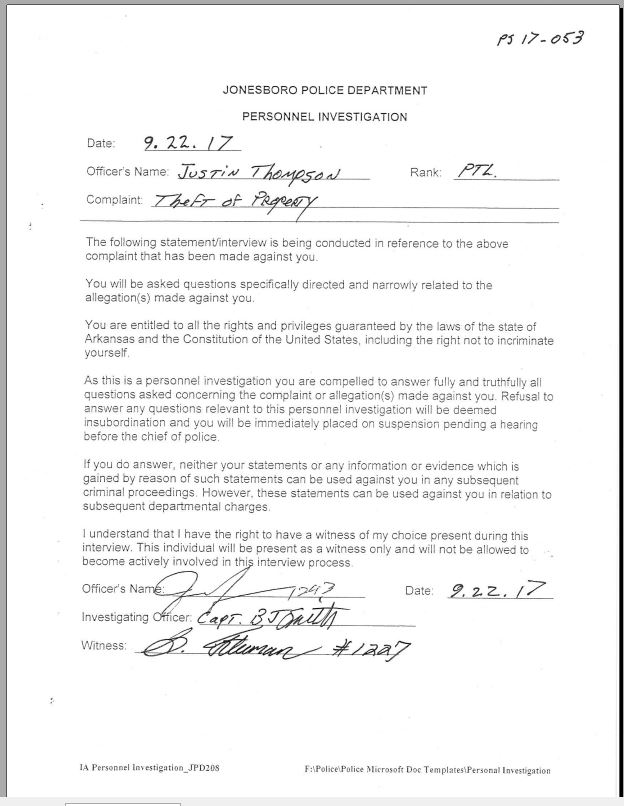 Thompson claimed that some of the gas purchased was to help stranded motorists but could not back up those statements with any proof.

After the interrogation, Thompson was placed on administrative leave with pay. 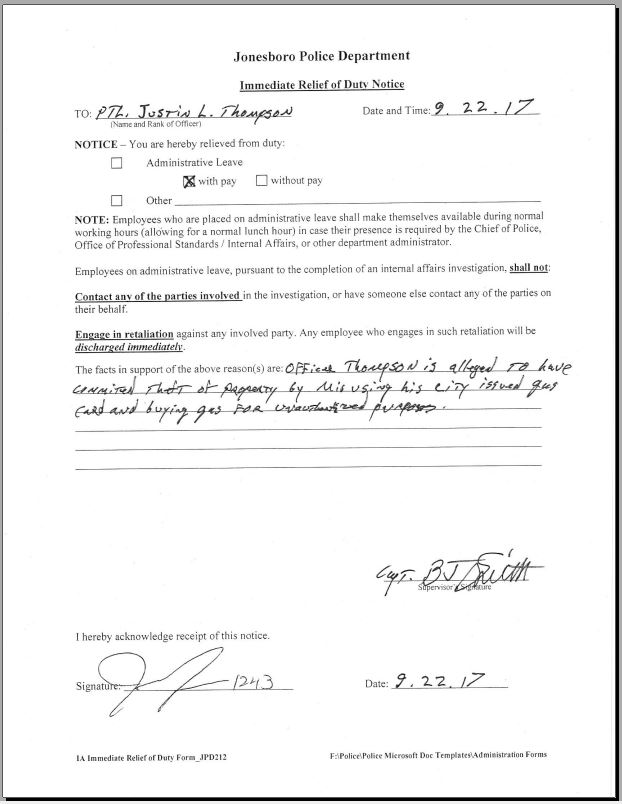 Thompson was then summoned to the Chief's office on September 25th and was promptly fired. 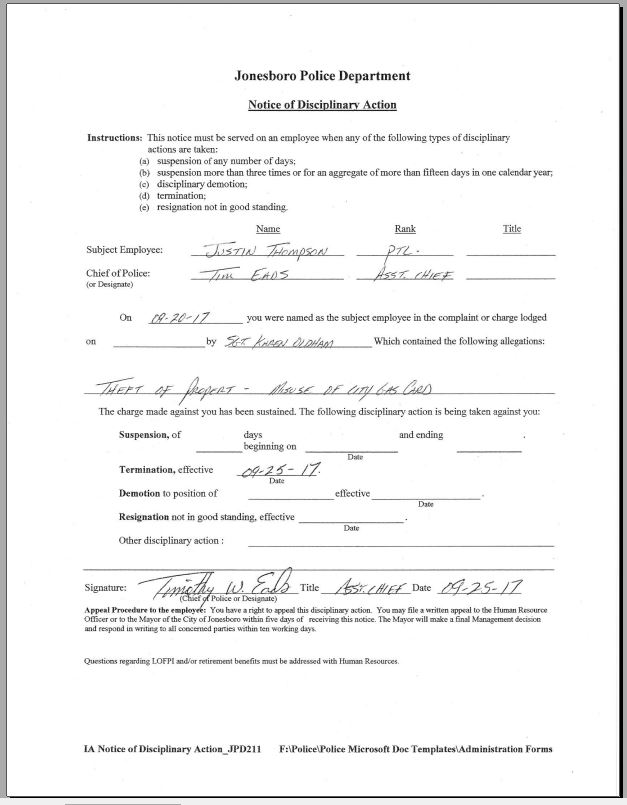 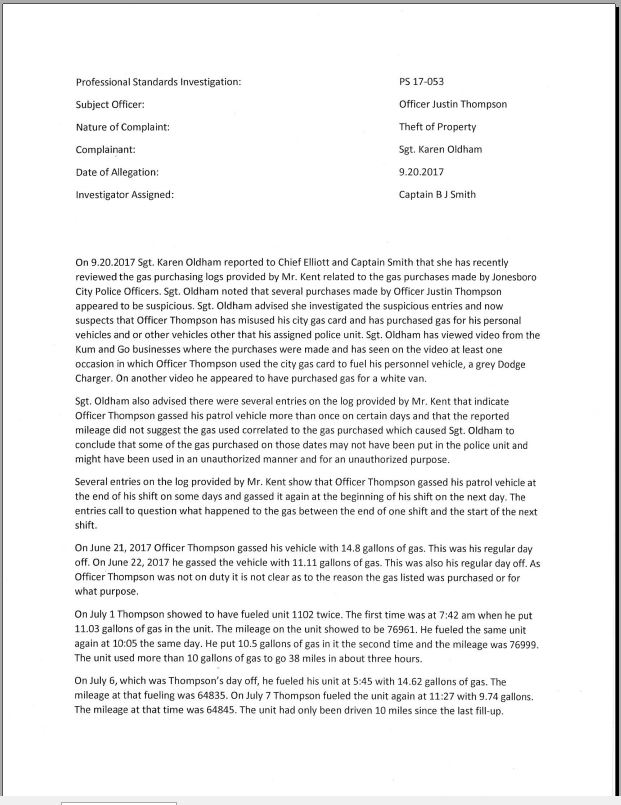 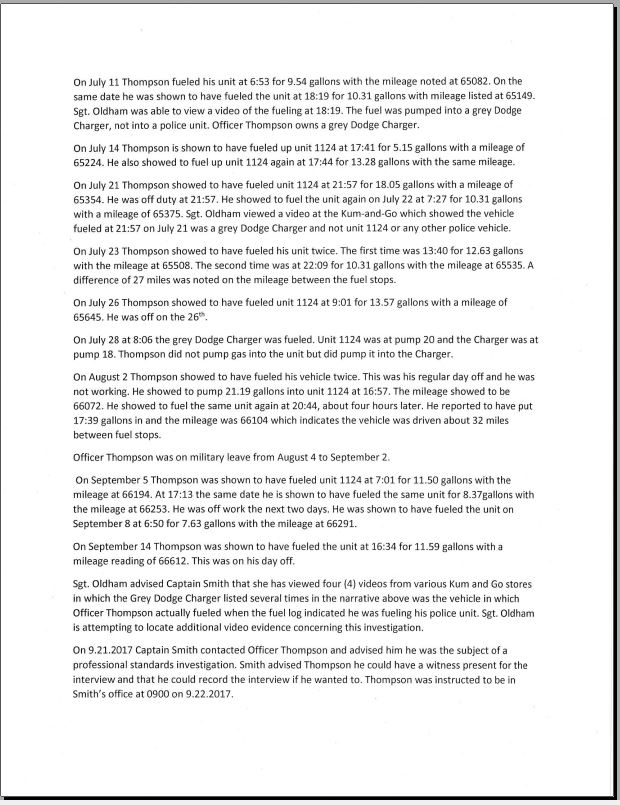 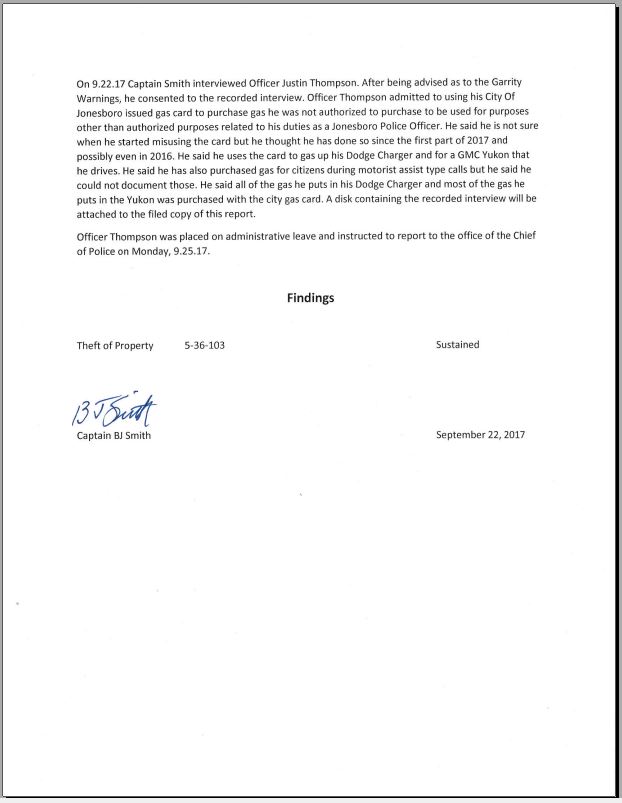 Last year (August 2016) Thompson gained some unwanted notoriety when he failed to securely fasten handcuffs on 19 year old Logan Younger wrists and was placed in the back seat of his patrol car. The young scallywag was able to slide the handcuffs off one wrist and use it to bang on the car windows and the protective plexiglass barrier between him and Thompson.

Thompson became anxious and when Younger began kicking the car window he turned on the siren and hauled ass towards the Crittenden County Jail, driving in the middle turn lane in heavy traffic.

Younger then pulled a Zippo style lighter out of his pocket (another mistake by Thompson) and tried to set the interior of the police car on fire. This startled Thompson who lost control of the vehicle and rolled over ejecting Younger out of the rear window. 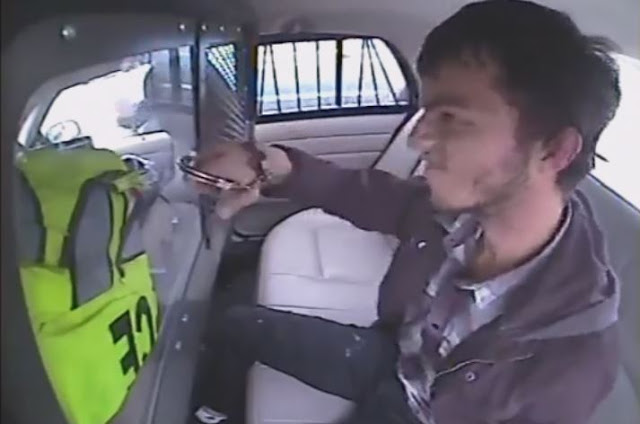 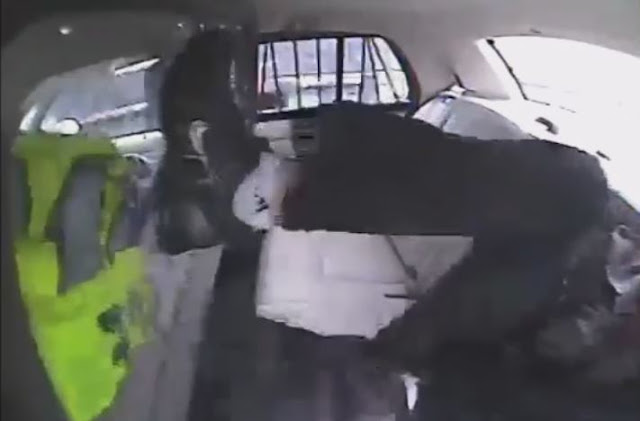 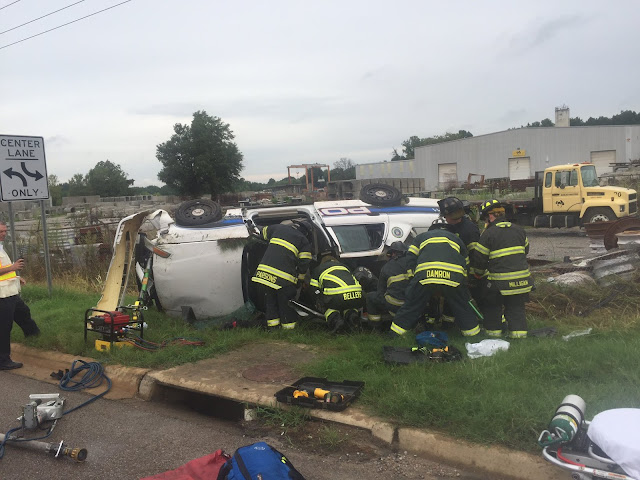 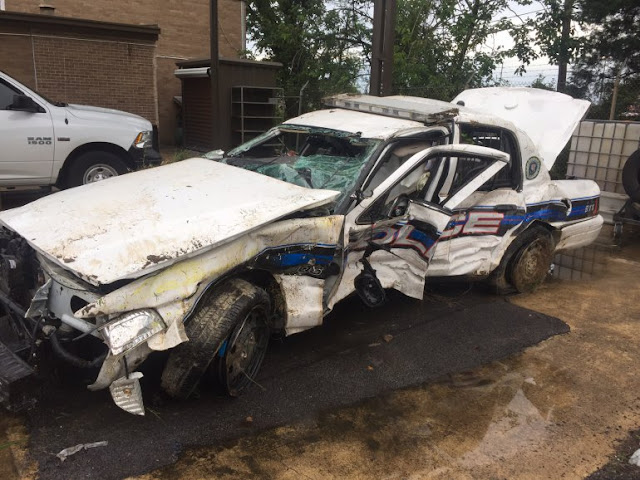 You can read an article about the crash by clicking here.

Video of this incident went viral and to  the best of our knowledge Thompson was not reprimanded for his carelessness that resulted in the accident. 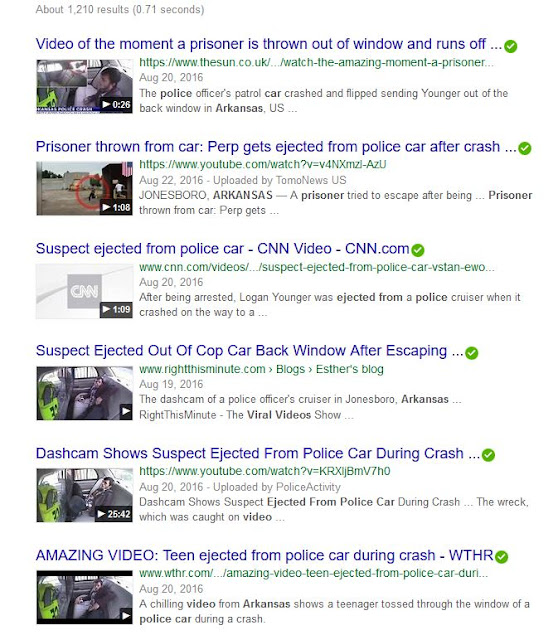 The first video shows Younger in the backseat and the second video is from the dash camera of the patrol car.

Younger was charged with escape 3rd degree, public intoxication, fleeing on foot and minor in possession.

If Younger was 19, then under Arkansas Law he was not a minor but a legal adult.  Silly policemen, tricks are for kids.

It's not clear if criminal charges will be filed against Thompson.