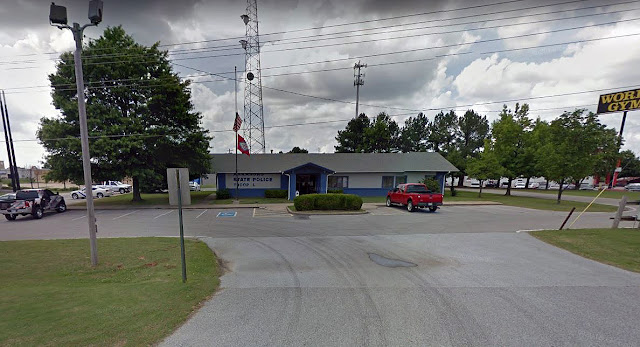 The Arkansas State Police will be conducting an administrative review of the police troop that patrols the northwest part of the state.

The review follows several incidents from Troop L in Springdale, including a high-speed pursuit that resulted in a trooper striking a lieutenant with his vehicle, according to state police spokesman Bill Sadler.


Trooper Alan Aiken's report states he mistook Lt. John Overman of the State Police for a fleeing driver during the January 11, 2017 pursuit. A video recording shows Aiken's car striking Overman from behind and knocking him sideways to the ground.

Lt. Overman was in plainclothes at the time, and believes Trooper Aiken misidentified him as the suspect, according to the complaint.

“Trooper Aiken has had several pursuits since the above incident and continues to demonstrate a very limited ability to control his emotions and actions in stressful situations,” Lt. Overman wrote in the complaint.

Trooper Aiken “sees the incident as something of a joke,” Lt. Overman wrote. Trooper Aiken tried to get the repair shop to give him a piece of his vehicle’s bumper that was damaged when hitting Lt. Overman, so Trooper Aiken could turn it into a plaque, according to the complaint.

On Thursday, September 21, 2017 Arkansas State Police Troop L staff were instructed to pull Trooper Aiken from pursuits he tries to join and to terminate any pursuits he begins, except in extreme cases, according to the complaint.

“Trooper Aiken has shown that he cannot be trusted to perform under stressful situations in a manner that does not jeopardize safety or that he does not bring embarrassment or liability to the department,” Lt. Overman wrote.

“He poses an extreme liability to the agency, the safety of the public, other officers and himself,” Lt. Overman wrote.

Other recent incidents include two civilian troop telecommunications operators that were suspended for several days without pay after they were accused of documenting sick leave as work time "on numerous occasions," according to a report. The State Police Review Board found the accusations to be true.

Sadler said commanders from administrative headquarters and Office of Professional Standards staff will meet with the troop's supervisors and troopers to review "routine practices and procedures."


The review began earlier this year. Saddler said the review was requested by Capt. Lance King and other police officials.