Daniel Scott Cantwell (27 of White Hall),   a patrol deputy with the Pulaski County sheriff's office ("PCSO"), faces two felony charges and a misdemeanor charge related to his arrest in Saline County early Sunday morning (9/17/17), according to an arrest report. 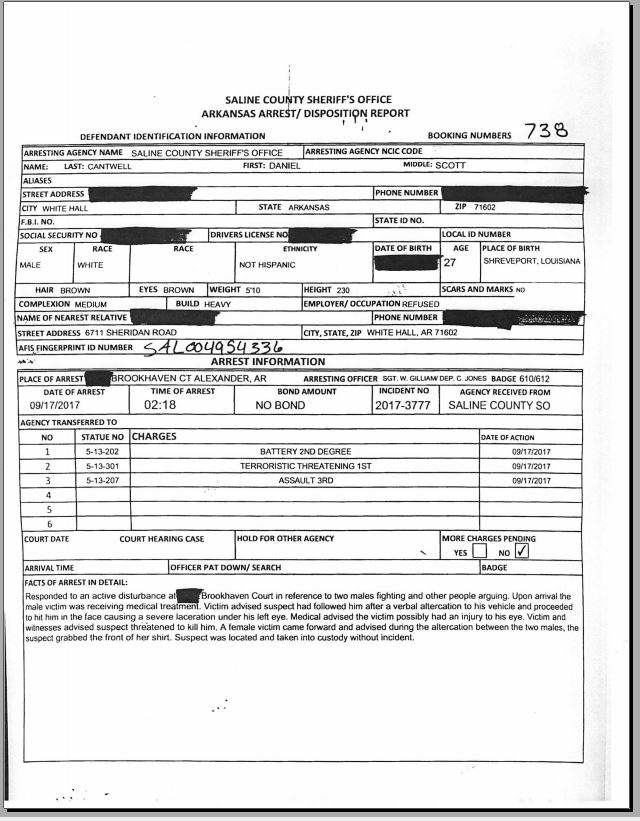 Deputies from the Saline County sheriff's office responded at 1:07 a.m. Sunday to 1131 Brookhaven Court in rural Saline County, authorities said, for a report of "two males fighting and other people arguing," a report said.

1131 Brookhaven Court is the residence of Sean and Valerie Laisure.


Neither Cantwell or his victim Allen Craig are listed as friends on the Laisure's Facebook pages. What was going on there so early Sunday morning is not known.

The complainant, Allen Craig, 45, said Cantwell had followed him to his vehicle after an argument and hit him in the face, according to a report. The blow caused a "severe laceration" under the man's left eye, and emergency medical personnel said there could be an injury to his eye, the arrest report said.

Craig was taken to a hospital but did not have life-threatening injuries, according to the statement from the Saline County sheriff's office. The statement said he was discharged from the hospital later Sunday morning.

The circumstances that led up to the disturbance were unclear.

Lt. Cody Burk, a Pulaski County sheriff's office spokesman, said Cantwell is on administrative leave and that the office's Professional Standards Unit is investigating the incident for any violations of conduct or policy. "It will be a thorough investigation," Burk said, adding that there is no estimated completion date for the investigation. Burk said Cantwell started at the sheriff's office in October 2015.

The Professional Standards Unit is responsible for investigating misconduct by employees with the sheriff's office, Lt. Burk said. The unit does not issue punishment, he said. Rather, the the sheriff's office administrators determine punishment, which can range from termination or suspension to less severe consequences, such as a warning or a reprimand.

According to the agency's Uniform Standards of Conduct, the agency requires members to obey constitutional criminal and civil laws at the city, county, state and federal level.

"Officials who violate those very laws that they are sworn to uphold and observe destroy public faith and respect for this Office and weaken this Office's ability to perform its service mission," according to the document.

Lt. Burk said Pulaski County deputies have been arrested in the past, but such arrests are not common. Whoa!  We will post some details about PCSO deputies and detention officers that have been arrested or fired for criminal offenses and send a link to Lt. Burk.

Lt. Burk is a prankster so maybe he was just fooling around when he made that remark. 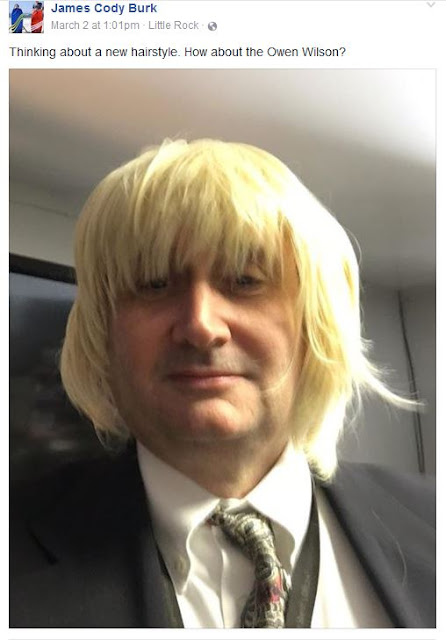 Lt. Burk declined to comment on the incident in Saline County.
"Right now we are just getting the details," he said.

According to records obtained from the Arkansas Commission on Law Enforcement Standards & Training ("CLEST") Cantwell has been employed by the PCSO since  October 2015. 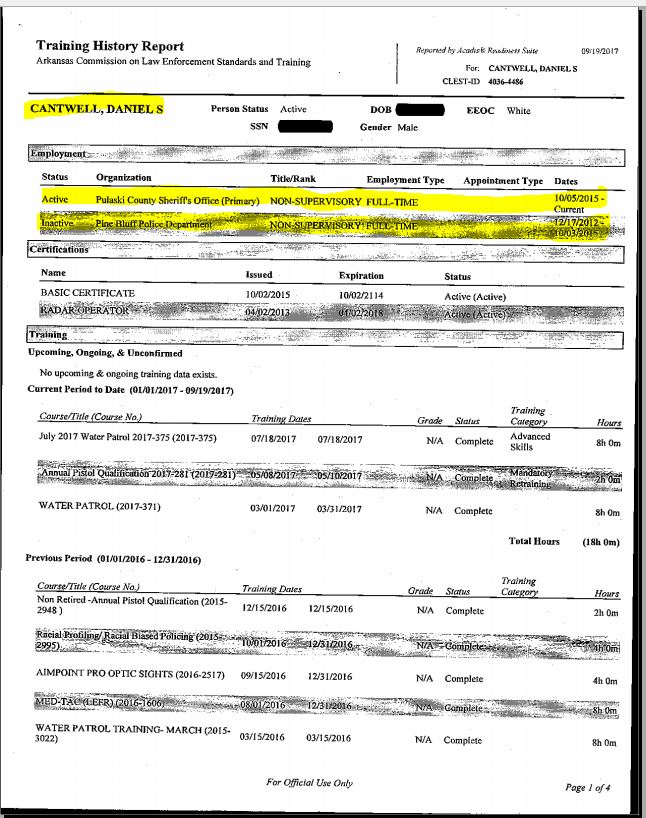 Prior to that he was with the Pine Bluff Police Department. 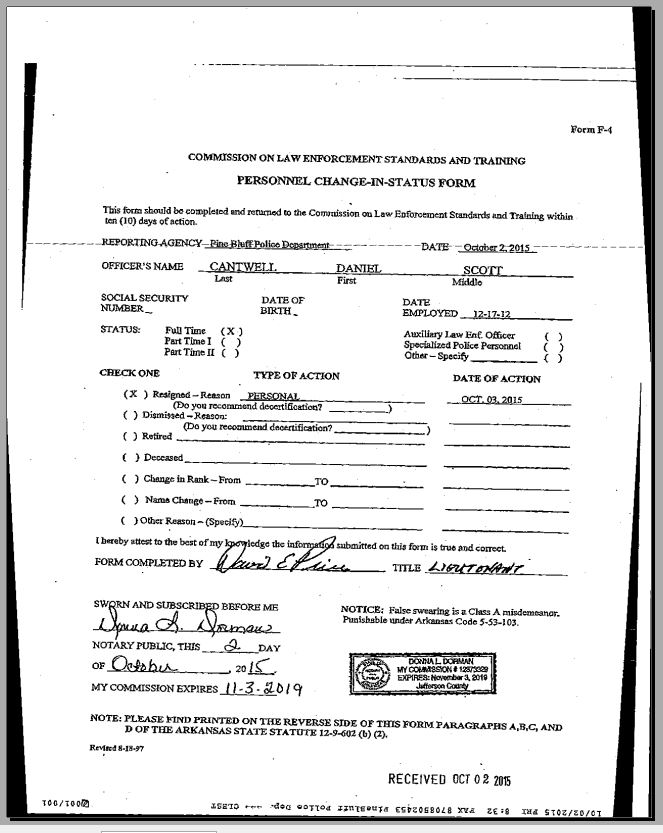 Resigning during an internal investigation is grounds for the Arkansas Commission on Law Enforcement Standards and Training to revoke an officer’s certification. And while personnel files of fired officers are generally public under Arkansas law, those of officers who resign are not.