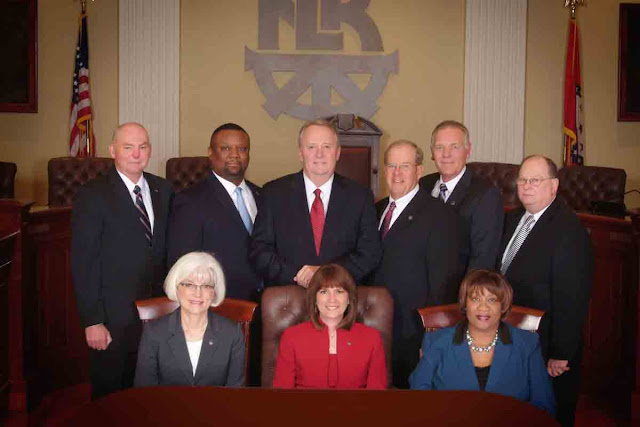 When NLR police officer, Michael Gibbons, who is also the president of the NLR Fraternal Order of Police, was at a Dallas Cowboys game, he got to meet the Cowboys owner Jerry Jones.


During his brief meeting with Jones,  a plan was developed to send all NLRP officers and their families to a Cowboys home game on Jones dime as a gift to the officers for all they do.  To sweeten the deal Jone threw in hotel accommodations and travel to and from the game.

The only problem with Jones gift was that Arkansas Code Annotated
§ 21-8-201 prohibits public officials (which included police officers) from receiving such a gift. 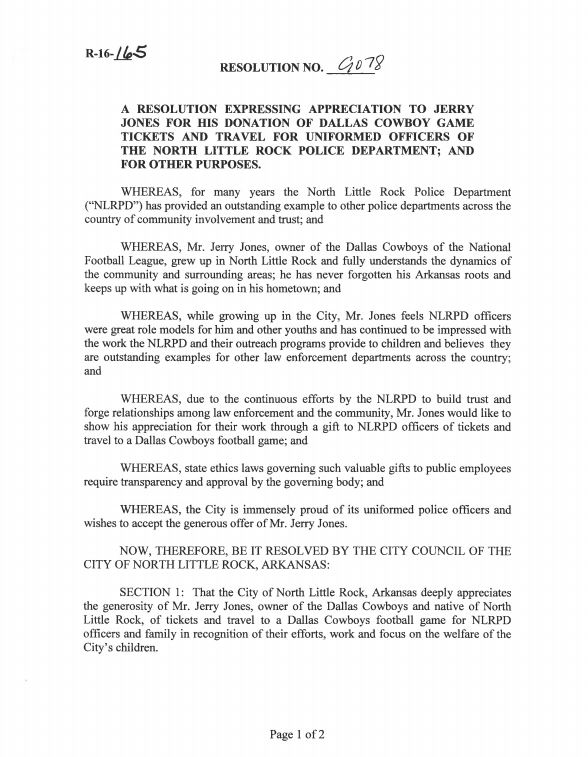 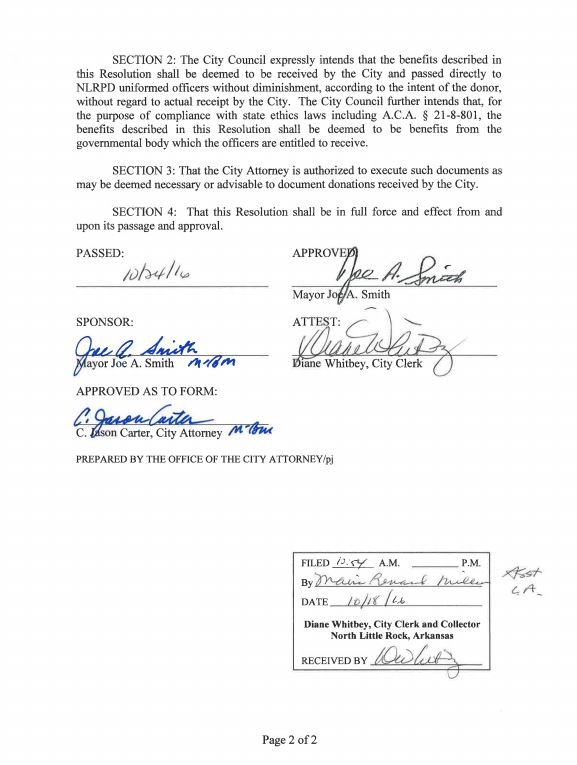 Apparently the NLR city council and city attorney didn't float their idea or resolution by the Arkansas Ethic Commision prior to moving forward. 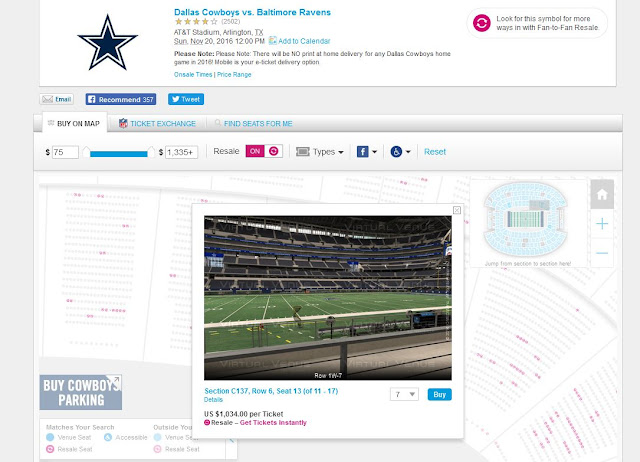 The Arkansas Times had a nice post about the matter on their Arkansas Blog.

A Freedom of Information request to the NLR mayor resulted in no documents whatsoever about the gift the city claimed was given to NLR Police Officers by Jones that they claim they turned into a benefit by a resolution.  Hard to believe that if Jones actually gave the gift to the city of North Little Rock, that the Mayor would not have some sort of document to turn over. 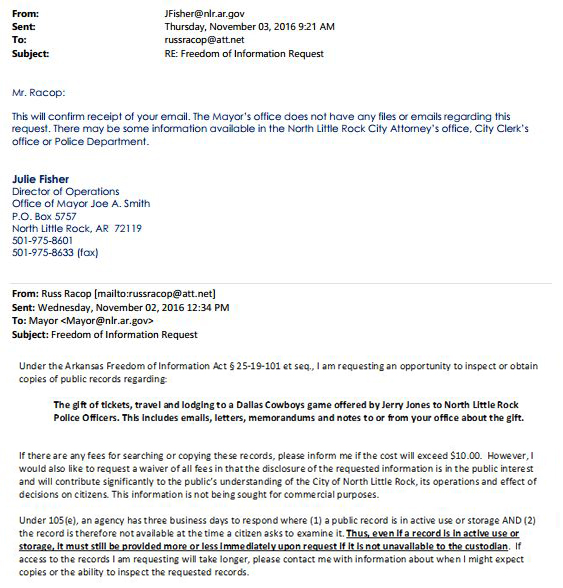 How can the city makes any decision about a gift from a third party that is not first conveyed to it so they can actually claim it is a benefit?

Perhaps Jones should have rented War Memorial Stadium before Governor Hutchinson gives it to UAMS for a parking lot and held an exhibition game, a concert, BBQ or something that wouldn't run afoul of laws concerning gifts to public officials.