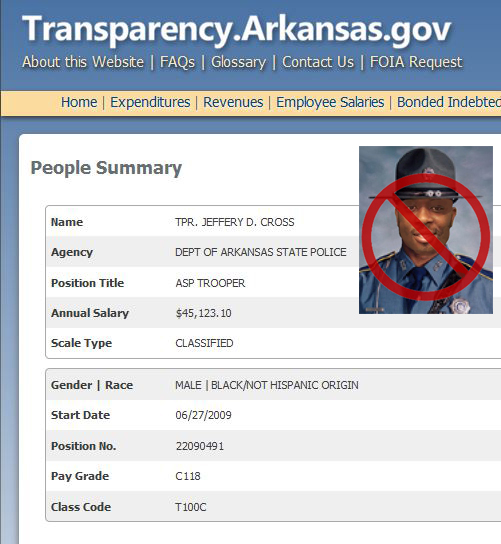 The Arkansas State Police ("ASP") fired probationary Trooper Jeffery "Jeff" Cross of Marvell on November 15th after his arrest for Domestic Battery in the Third Degree, a Class A misdemeanor back in August.

An internal investigation began early  in September and ended in late October.

According to a letter from the head of the ASP, Col. Bill Bryant, Cross was fired because of his lack of truthfulness and unbecoming conduct. 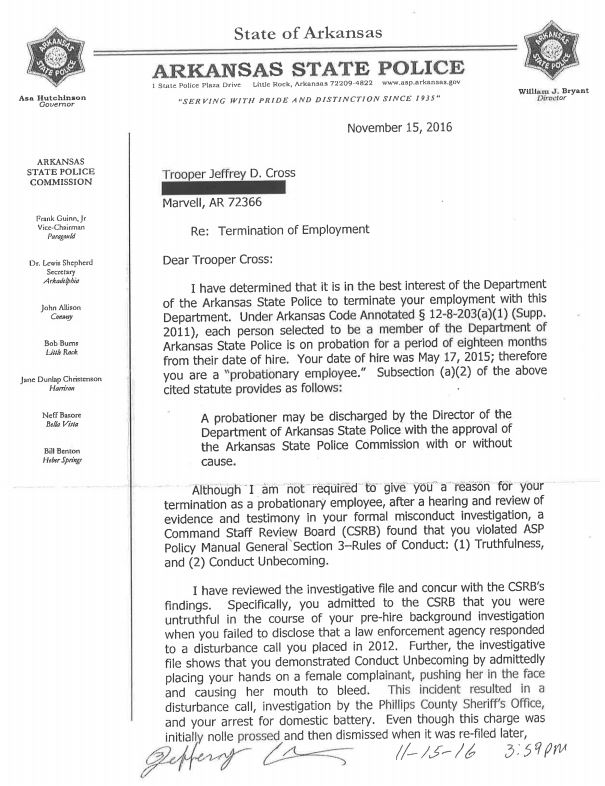 Jeffery Cross, 32, was employed by the ASP in their Highway Patrol division in Forrest City when authorities were called to his home in Marvell the evening of Aug. 22, 2016.


Kirklin, who worked for the Marvell Police Department at the time, told investigators that the 6-foot-3, 230-pound Cross had punched her in the face several times during an argument, according to a sheriff's report. 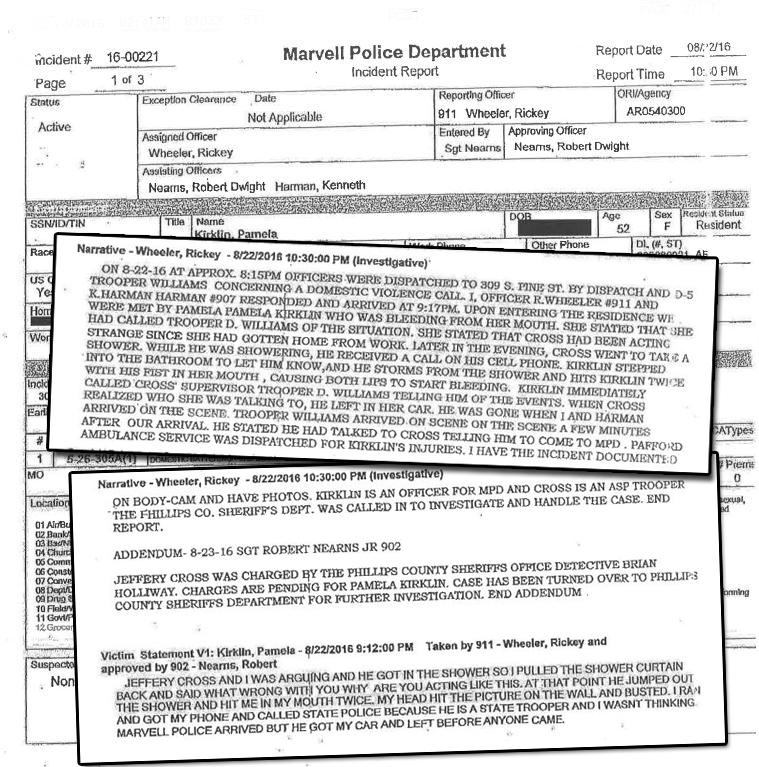 Deputies found scratches on Cross' body. He reportedly told investigators that Kirkland had tried to punch him and that he struck her in the mouth while trying to push her away.

Both were arrested and charged with third-degree domestic battery.

The domestic battery charge against Cross was dropped in October. Court records show the charge against Kirkland was dismissed, as well.
The state police placed Cross on paid administrative leave, pending an investigation. During that investigation, Cross denied punching his girlfriend but admitted to "placing his hand in her facial area and shoving her," according to agency records. 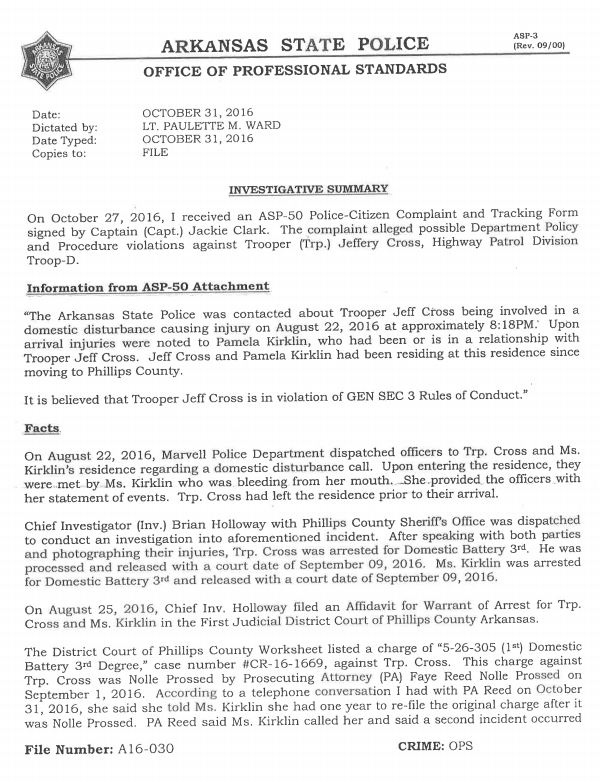 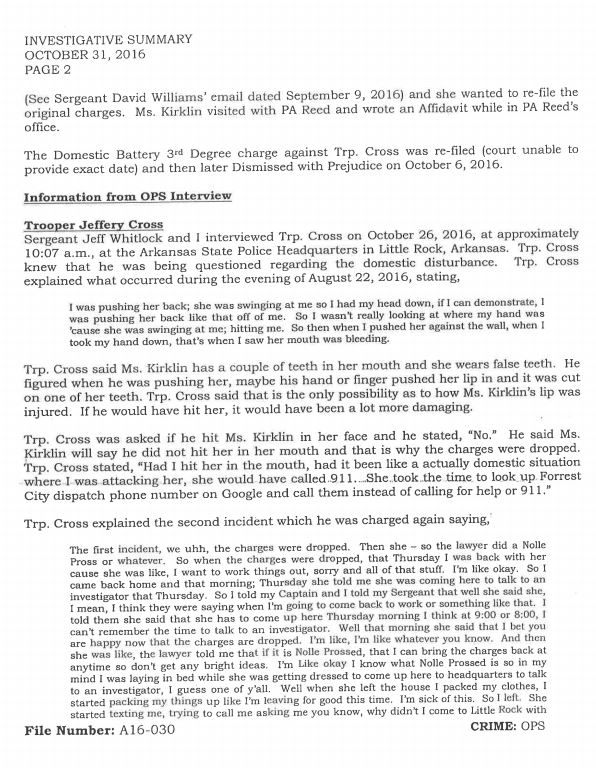 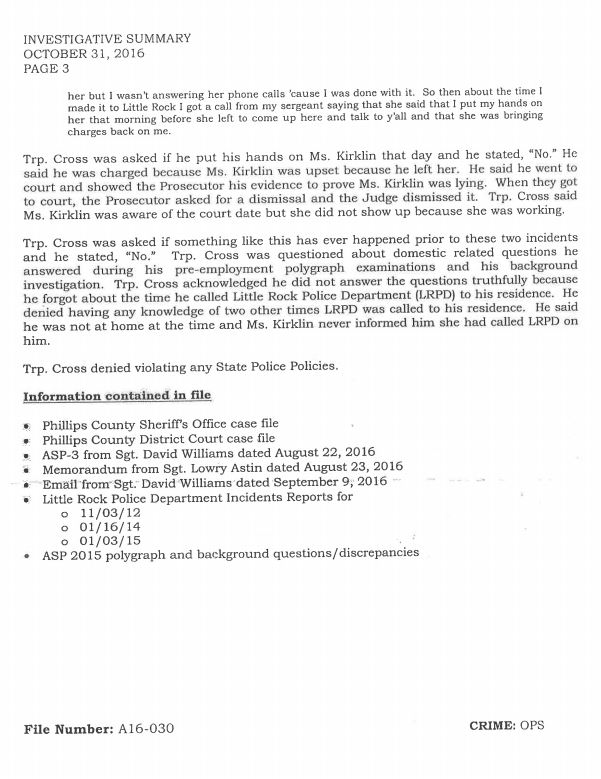 The investigation also found that police had responded to three previous domestic disturbances involving Cross and Kirkland, and that Cross did not disclose that information, as he was required to, before state police hired him on May 17, 2015.

Little Rock police reports show that officers responded to three domestic disturbances involving Cross and Kirklin between November 2012 and January 2015. Officers noted bruises and swelling on Kirklin's neck, chest and face on two of those occasions. 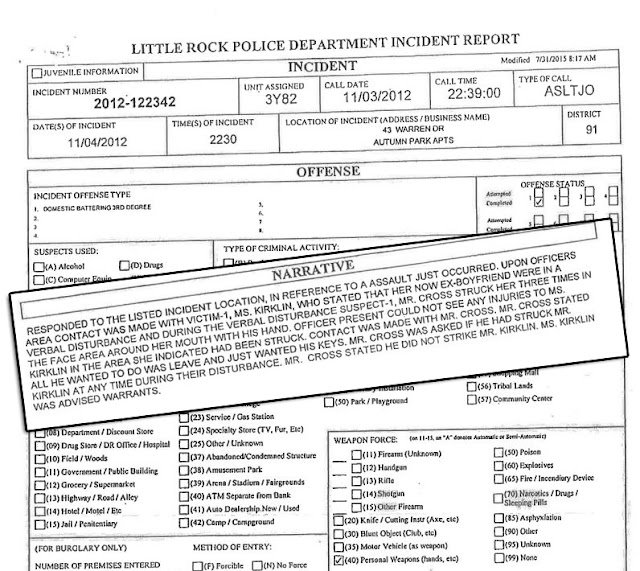 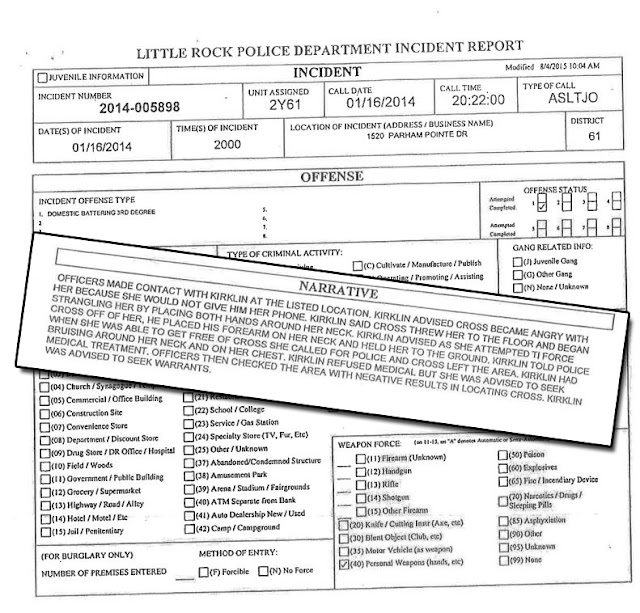 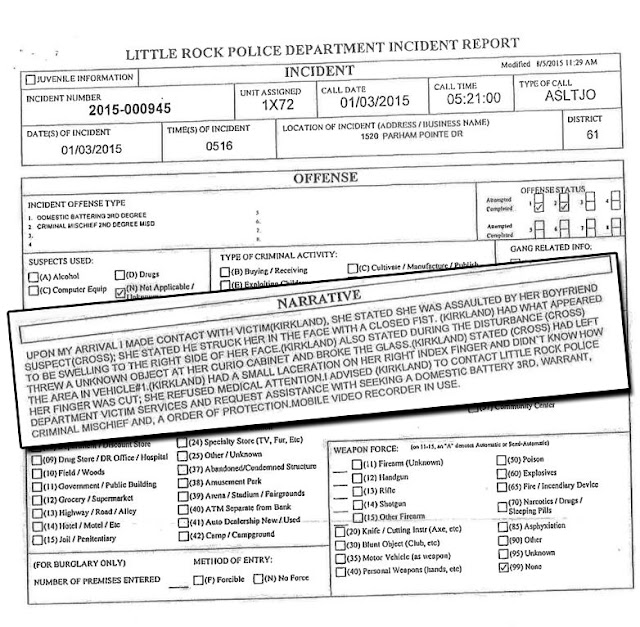 Kirklin accused Cross, who was an Arkansas Department of Correction employee at the time, of punching and choking her.

ASP spokesman Bill Sadler said Cross completed a background check before being hired, as all agency employees must do, but the domestic disturbances involving Cross were not found.

"It certainly would've immediately raised a red flag during the hiring process, had that information been discovered," Sadler said.