Emails obtained from a Freedom of Information request to the North Little Rock Police Department show that NLRPD Sgt. Michael Gibbon used his position for his own personal gain and benefit as well as for other NLRPD officers and their families in violation of Arkansas Code § 21-8-304 to solicit and facilitate a prohibited gift under A.C.A. § 21-8-801.

An added bonus for Gibbons is that he gets to go to all of the games himself!

The emails also details the monetary value of Jones gift, which is somewhere in excess of $300,000.00.  The Little Rock Police Department spent about the same amount to provide all of its officers with full riot gear earlier this year. 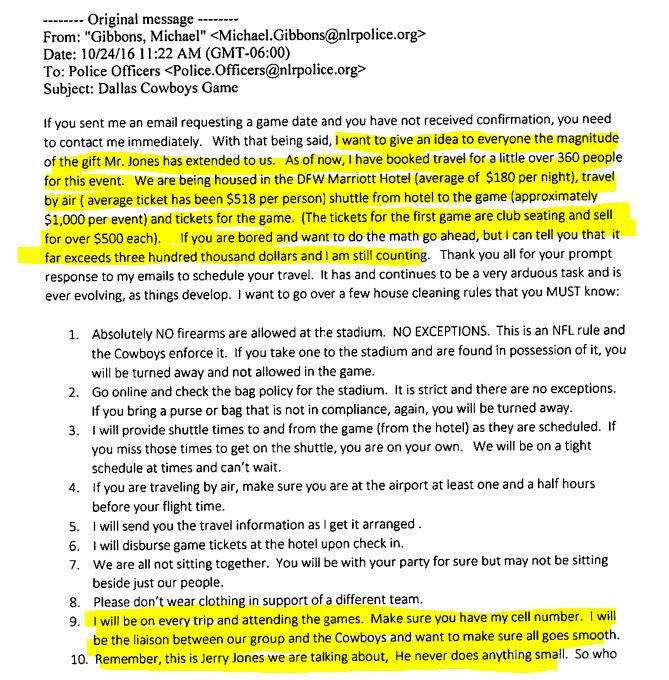 And if tickets to the game, airfare and swanky hotel accommodation were not enough, Jones provided some added bonus gifts. 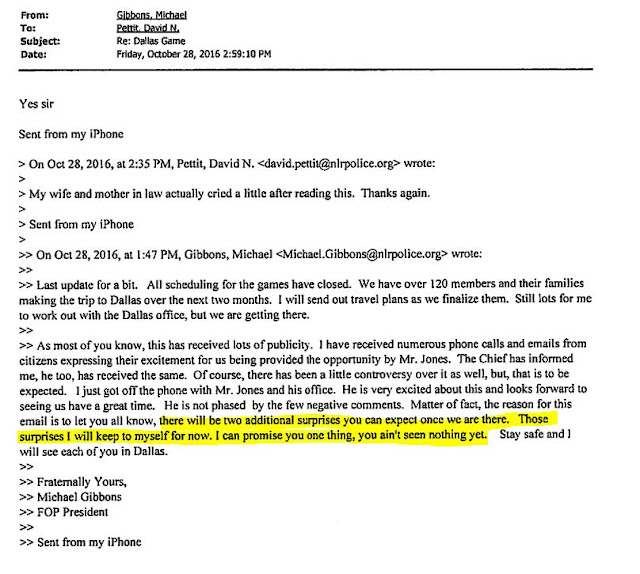 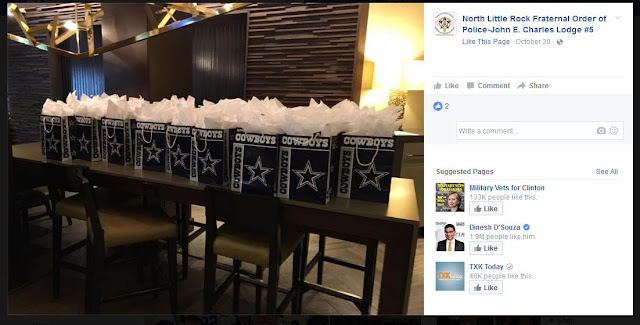 It appears that Gibbons also spent a great deal of his workday dealing with the gift and travel arrangements instead of working on his normal duties as a homicide detective. 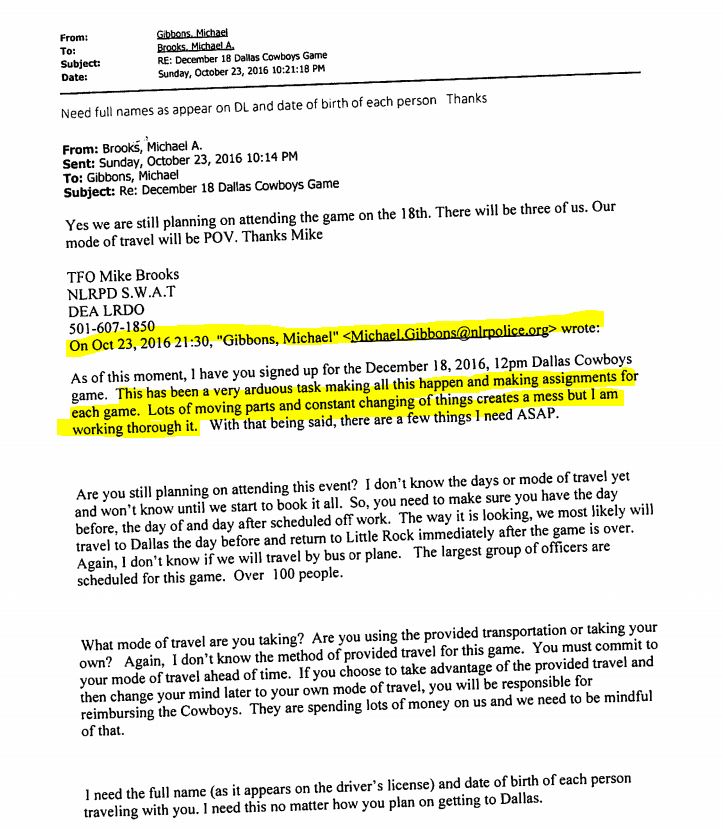 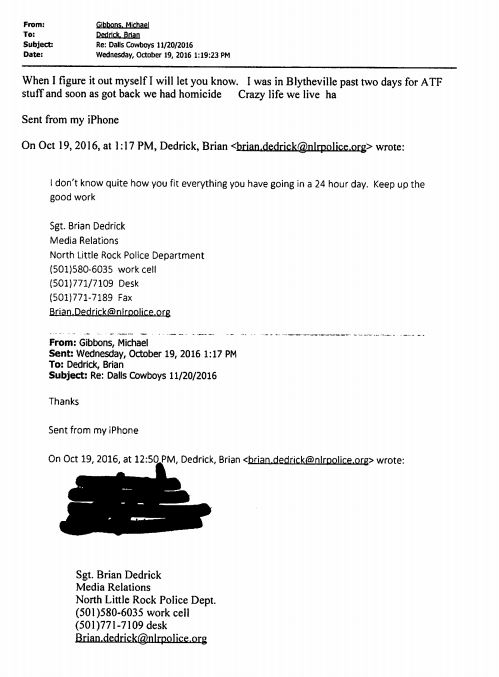 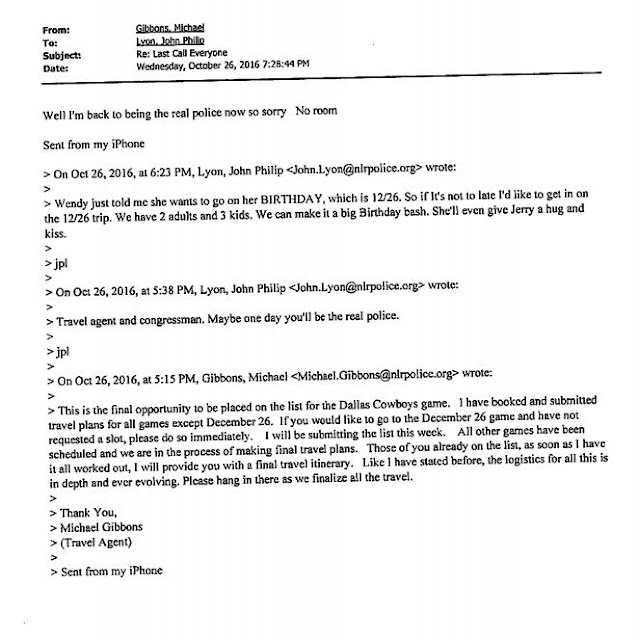 The gift also placed a strain on supervisors to try and provide officers for shifts to cover those that were attending the games.

The emails also provide a glimpse into the behind the scene workings of the NLR city government's attempt to sanction Jones patiently illegal gift. 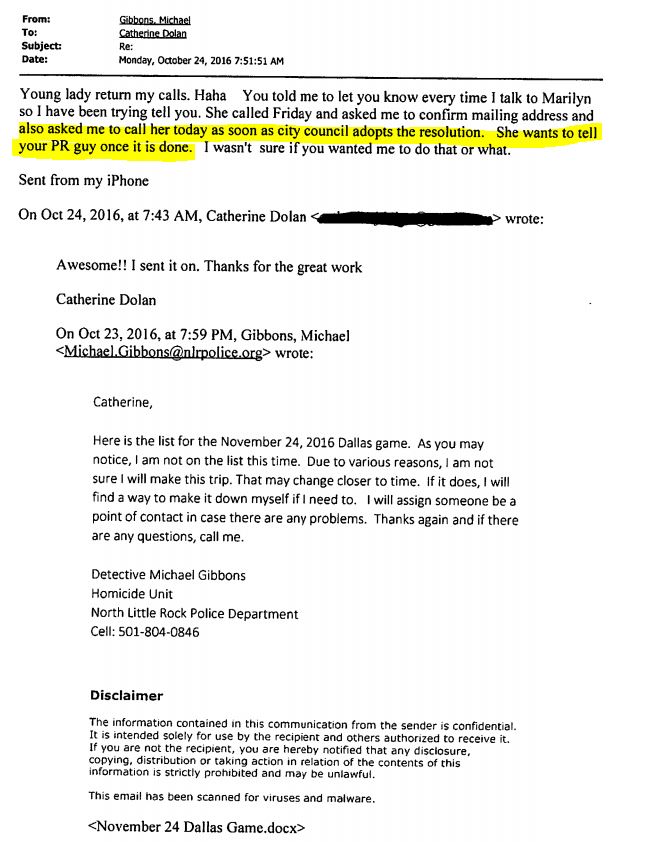 Gibbons turned down the NLRPD Chaplin's request to attend the game as well as a new recruit.  Maybe they were not members of his Fraternal Order of Police chapter. 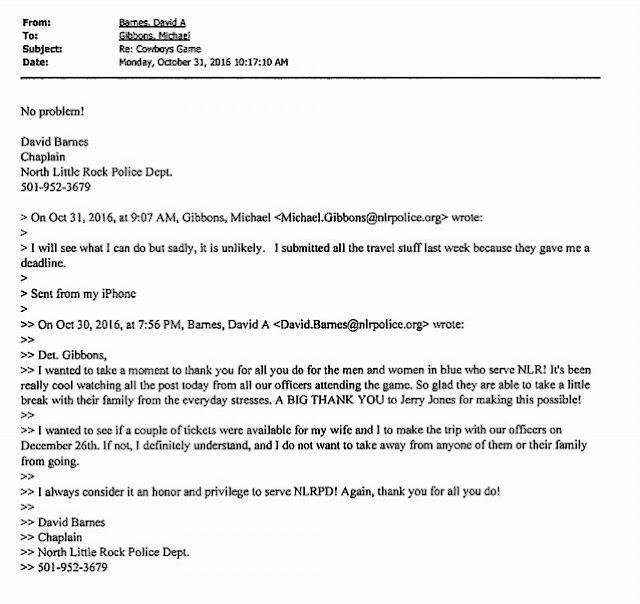 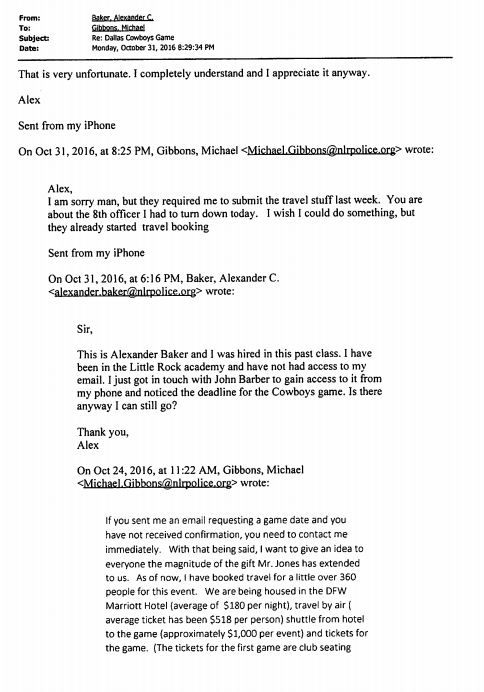 The Chaplin is not a certified police officer so maybe that had something to do with him and his wife not being invited. 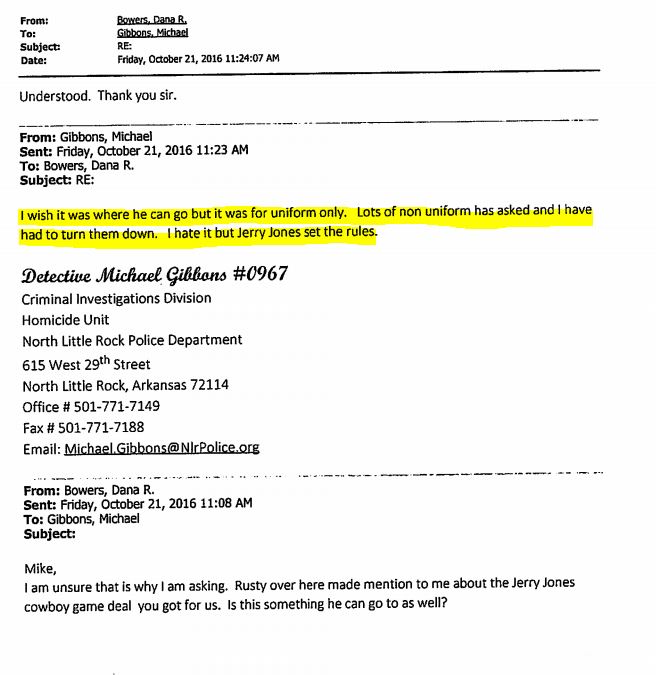 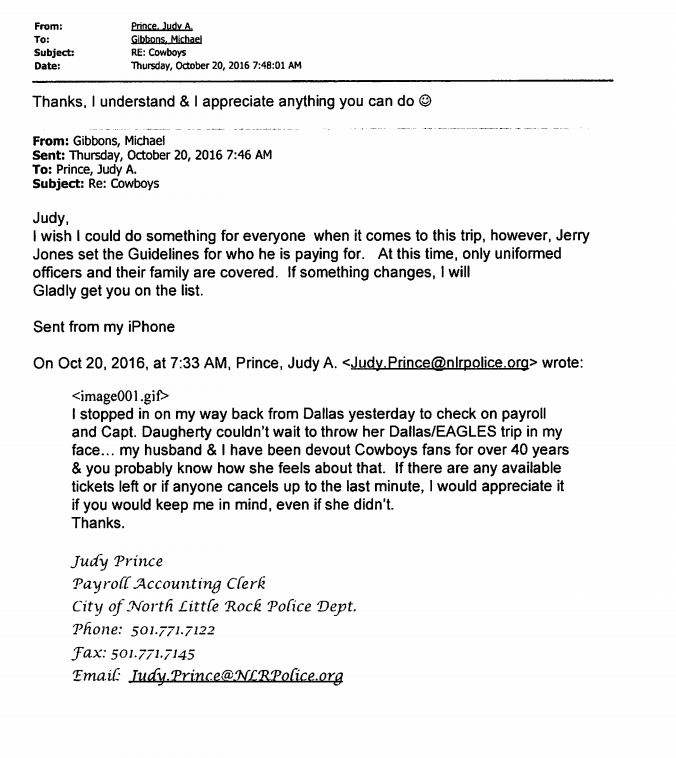 But Gibbons did take care of a friend to make sure he got to go. 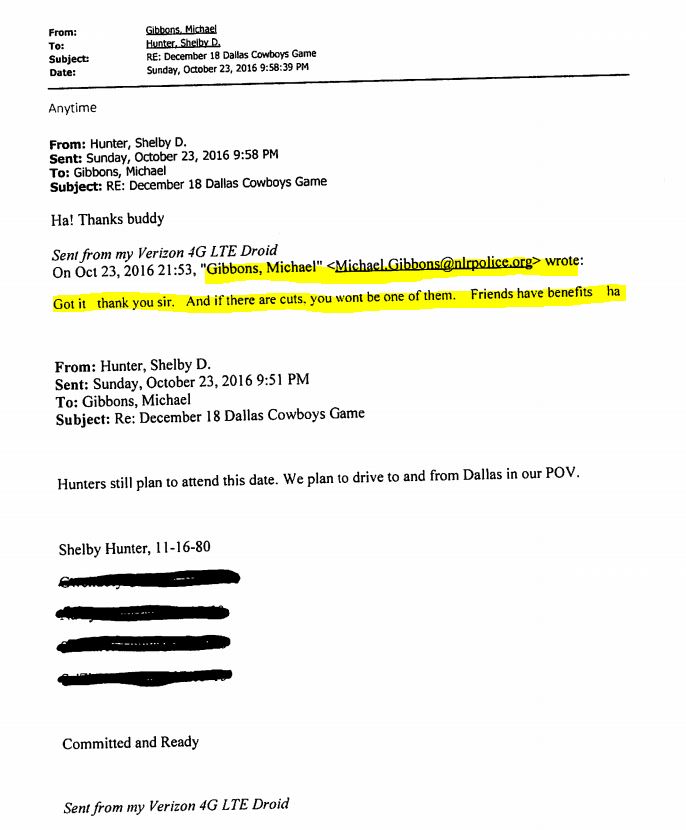 Here is an email that Gibbons sent to NLR Chief of Police Mickael Davis about the officers going to the games. 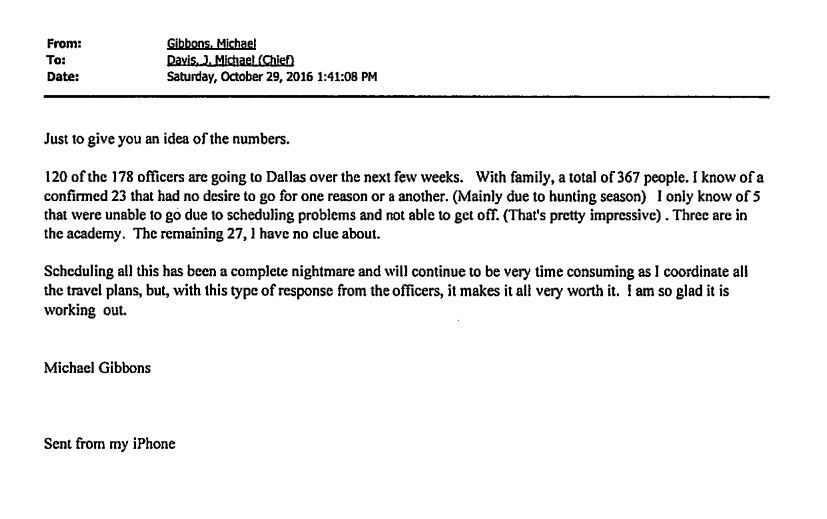 Gibbons issued this press release as the President of the NLR Fraternal Order of Police chapter. 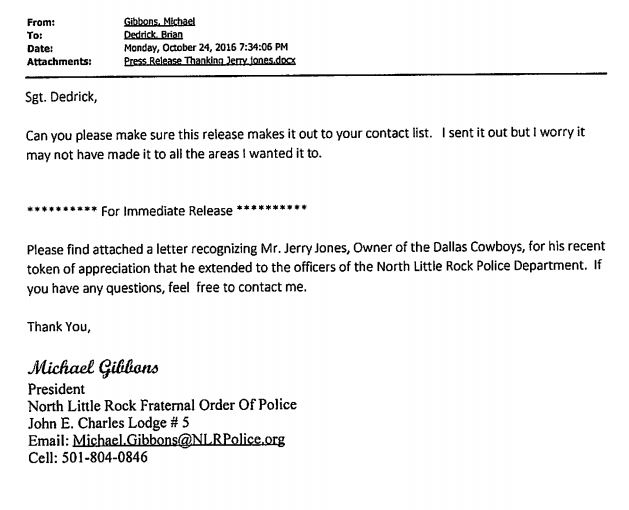 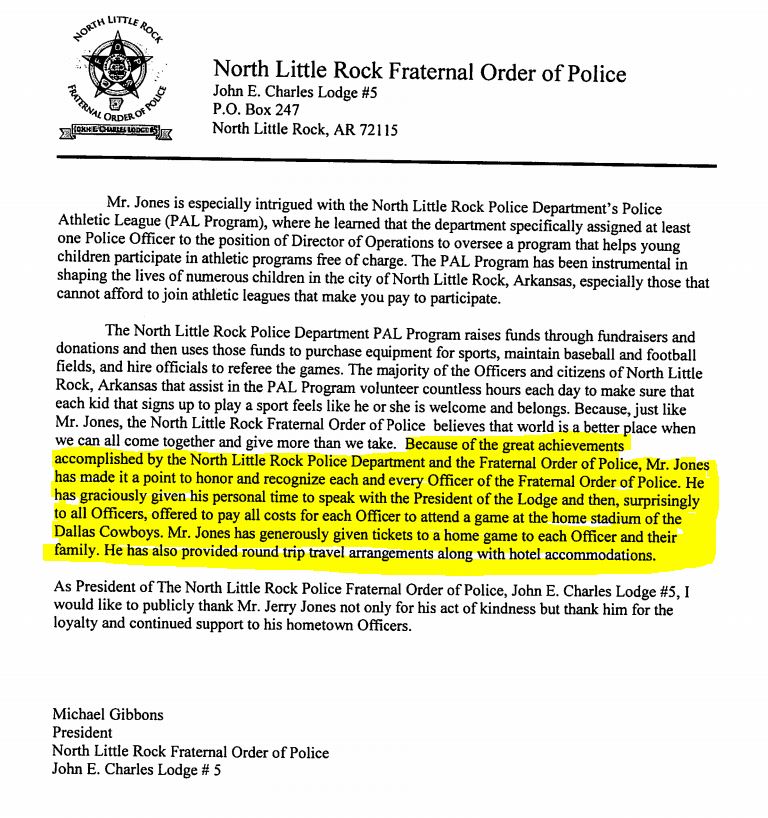 Apparently Gibbons tried to bypass the existing Arkansas laws that prohibit gifts like the one he arranged with Jones by creating an appearance that the gift was to members of the NLR Fraternal Order of Police members. A lot of mixing his duties as a NLRPD officer and his position as President for the NLRFOP were evident in the provided emails. 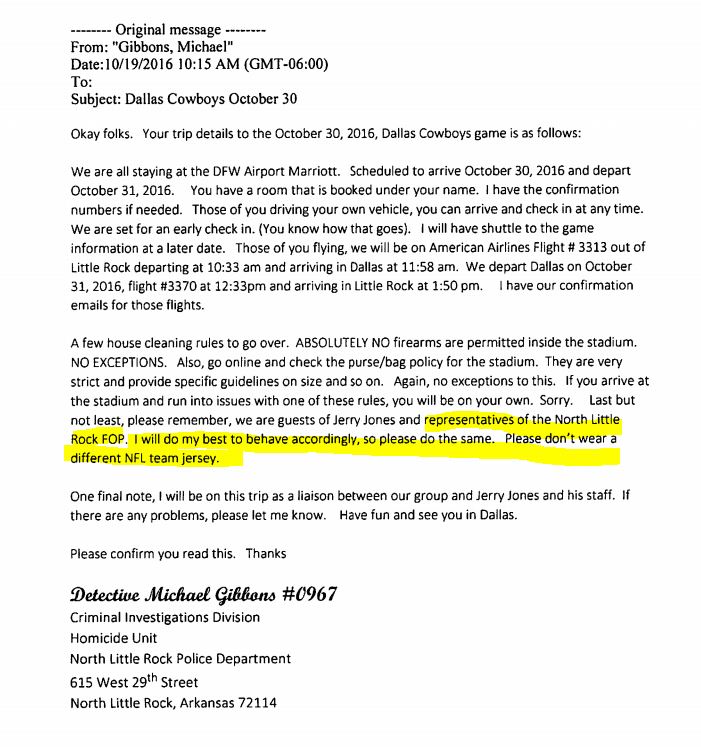 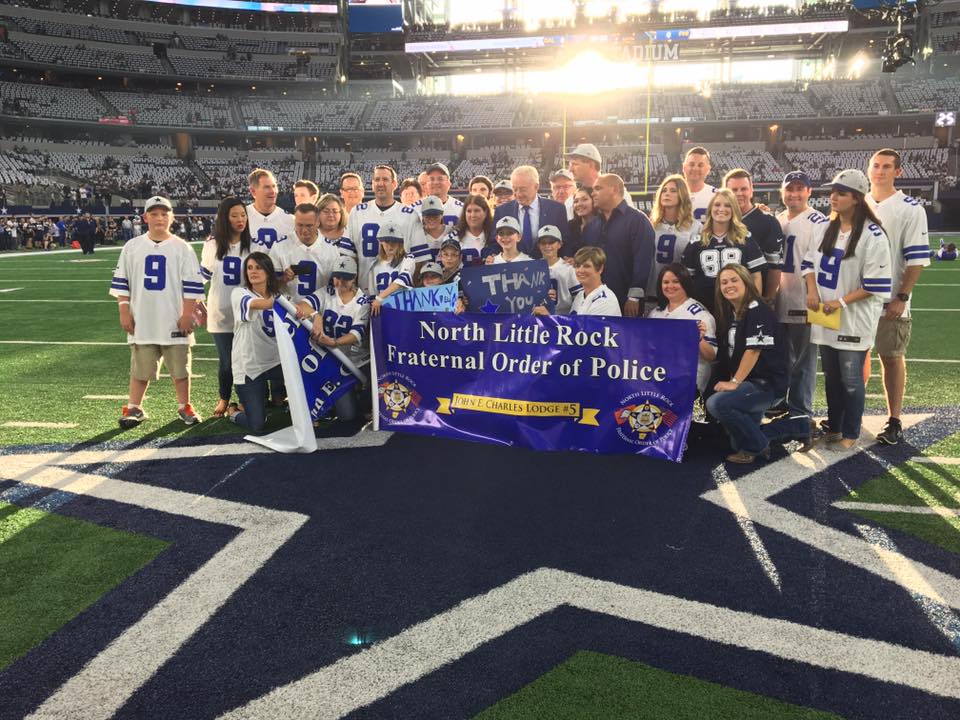 As of November 10th, the Ethics Commission is still processing the complaint.  Stay tuned.