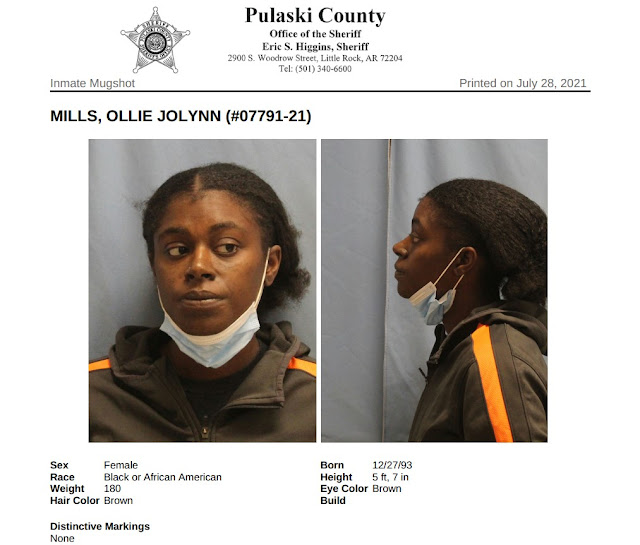 Earlier today we broke this story about Pulaski County Sheriff's Office Detention Deputy Ollie Mills being fired and arrested for stealing information of nine inmates, including social security numbers , for the purpose of using that information in financial identity fraud.

A press release was sent out at approximately 4:30pm today that detailed the incident. 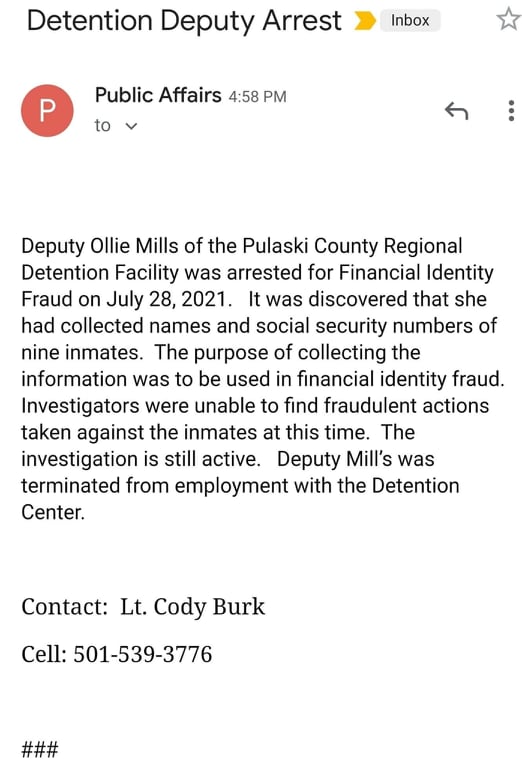 Mills, 27, of Conway is being held in the Pulaski County jail without bond.

Mills had been employed at the detention facility less than a year, according to Burk, and she has been terminated from her employment at the sheriff's office.

According to Mills' Facebook page, her prior job was a nurses aid at a Little Rock rehab center.

Investigators have not been able to find fraudulent actions taken against the inmates, and the investigation is ongoing, the release said.

A search of court records reveals that Mills had a history of financial problems resulting in a lien being filed against her by the Department of Finance & Administration for non-payment of state income taxes. 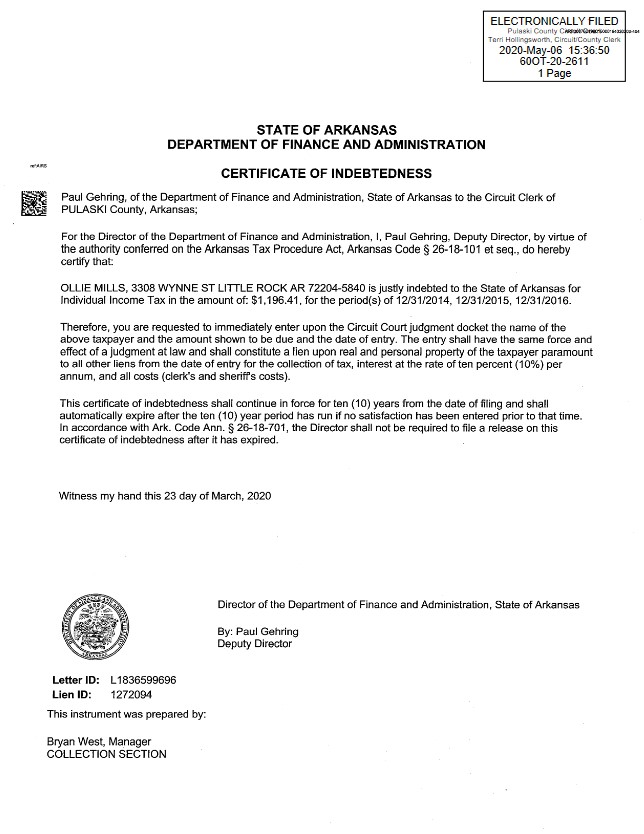 And failure to pay rent when due which resulted in a judgment being obtained against her in the amount of $3,191.29. 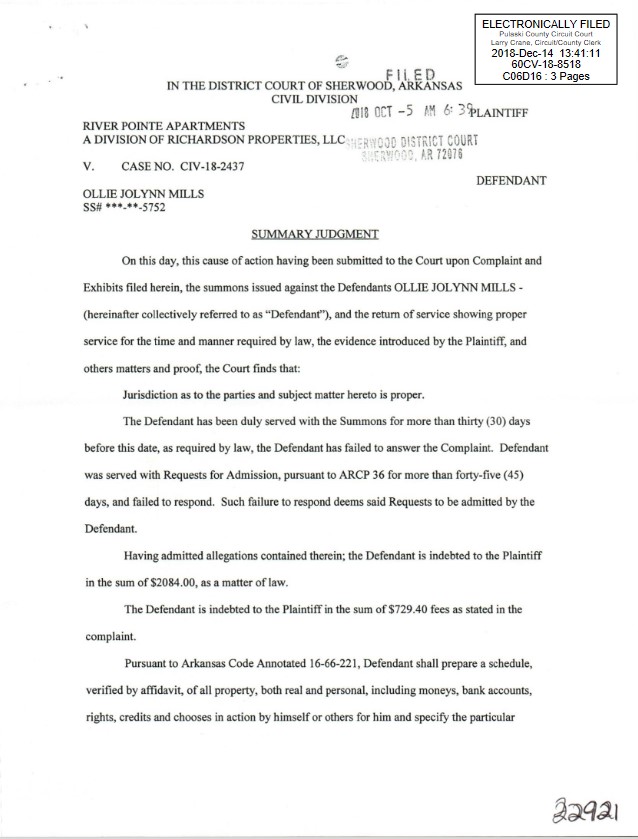 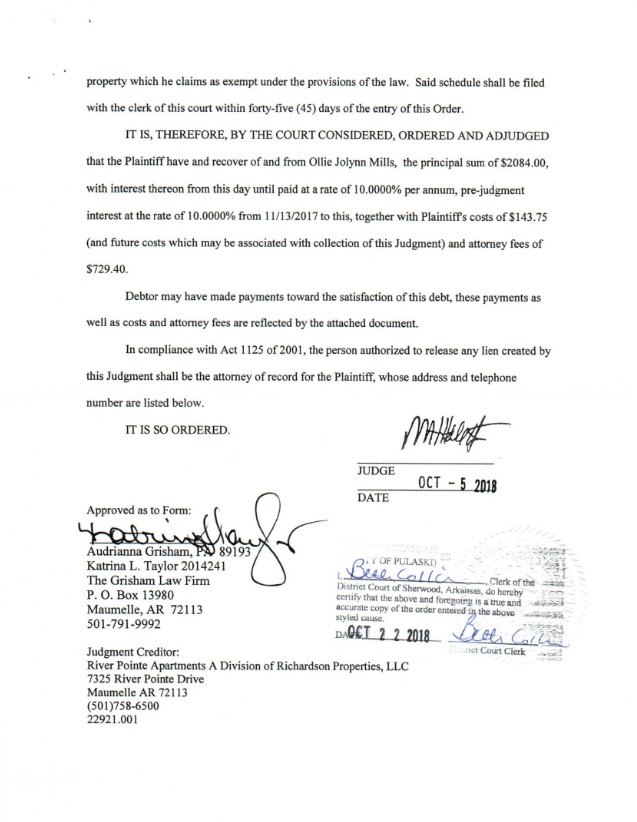 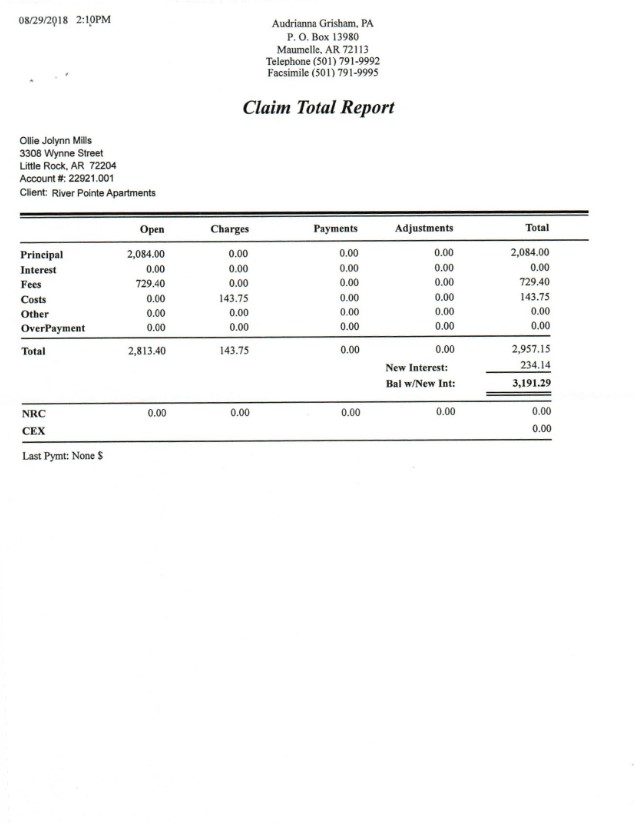