In 2020 we filed four Arkansas Freedom of Information appeal from denial of rights lawsuits against the feckless Little Rock mayor and deadbeat police chief.

Wright unsuccessfully tried to wrangle the two cases from Judge Griffen to no avail.

Initially,  Wright failed to follow the law and set the cases for a hearing within seven days of the petitions being filed.

We had difficulty getting Wright to set a date for the hearing and that necessitated that we file a motion for his recusal.

That filing resulted in his setting a date for a hearing.

In that hearing the city attorney, Tom Carpenter, motioned that all four cases we filed be consolidated. This would require Judge Griffen to agree to step away from the two cases in his court (he didn't - more on those cases in another post).

So on March 3, 2020 the LR mayor and police chief appeared before Wright to answer for their refusal to turn over public records. 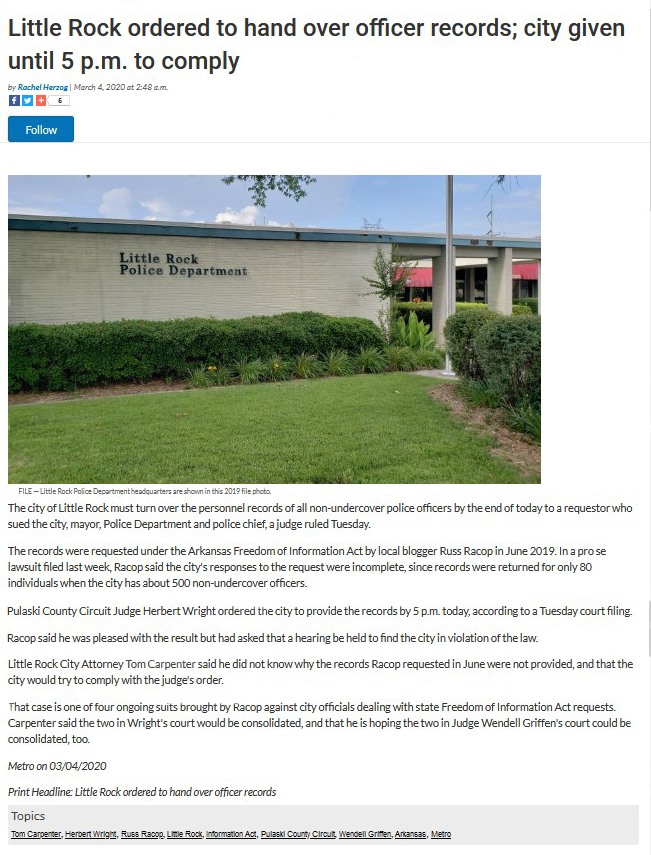 According to records LRPD had previously provided to us, they had approximately 529 non-undercover cops. In response to our request for copies of personnel files, they only provided 79 files and closed the request. Hence our appeal.

Wright ordered the city to provide those records to us by the close of business on the next day, March 4, 2020.

The other case was not addressed at the hearing.

On March 4th, the city provided us with a thumb drive containing 432 personnel files all jumbled up in 18 PDF's. 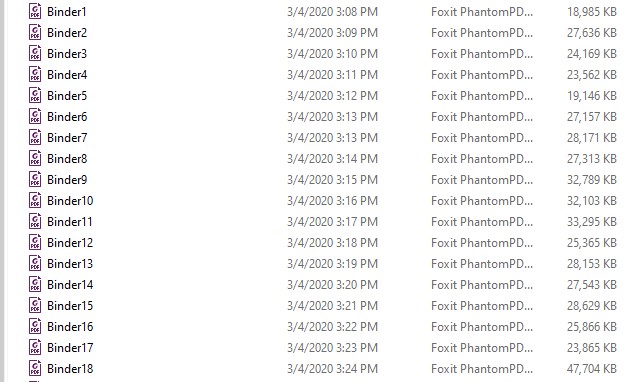 Five of the files were duplicates of files in the initial 79 files provided out of 529 files. We raised our concerns with the city attorney about the missing 23 files.

On March 5, 2020, the city filed a notice of compliance with the court in which they admitted to have not provided all the records as ordered. 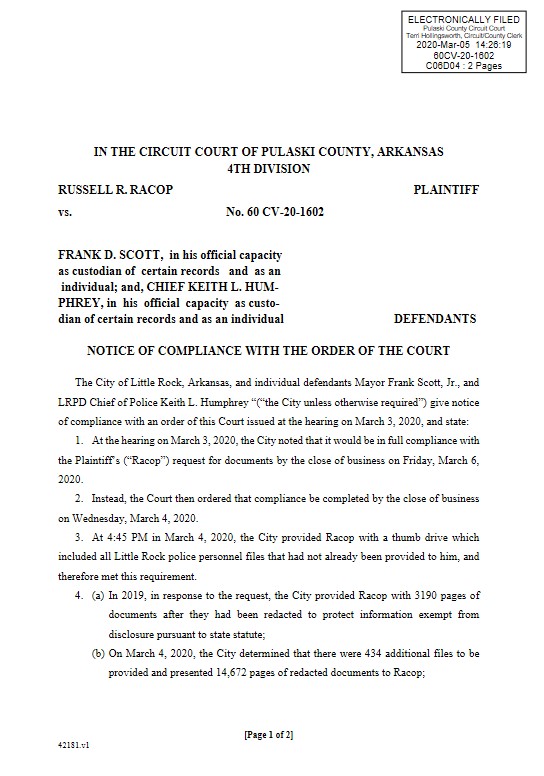 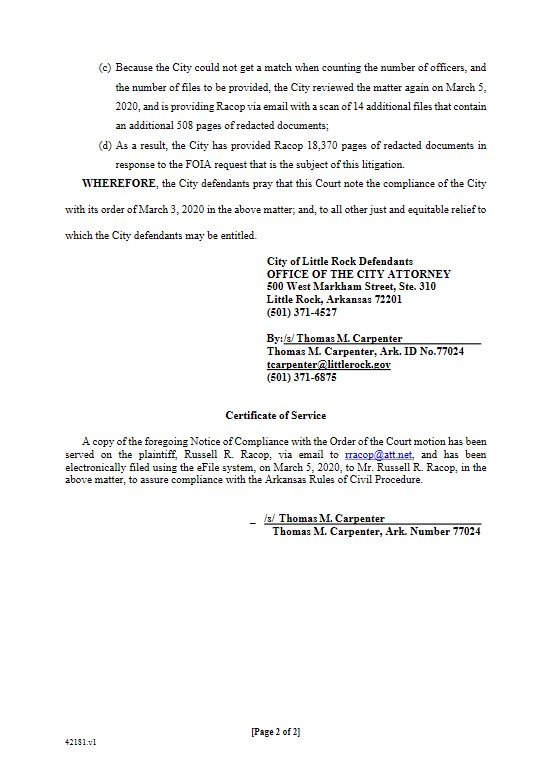 So on March 9, 2020 we filed a motion for contempt as the city had not provided all the records as ordered.

Then COVID-19 happened and the courts for all practical purposes shut down.

Initially Wright wanted to have the hearing via Zoom. That was fine, but he wanted us to be present in the courtroom while the defendants and city attorney could call in from their office or home. That showed a bias and preferential  treatment for the defendants.

After some additional court filings, Wright agreed to have all parties in his courtroom.

We must point out Wright's hypocrisy as he is a participating in a research project with Advancing Pretrial Policy and Research (APPR).

Here are some clips from the article about the project. The  article is titled "Fairness and Efficiency Are at the Forefront of Reforms in Pulaski County". 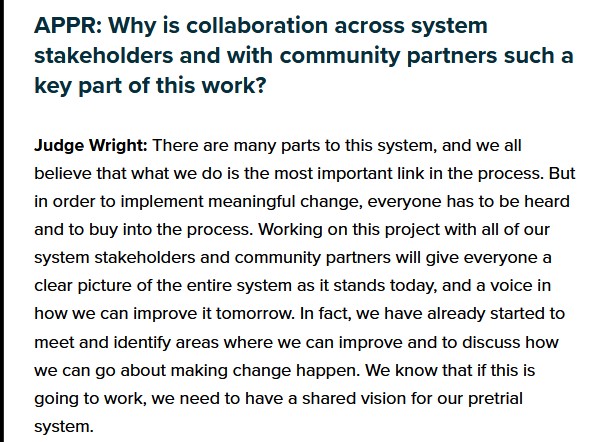 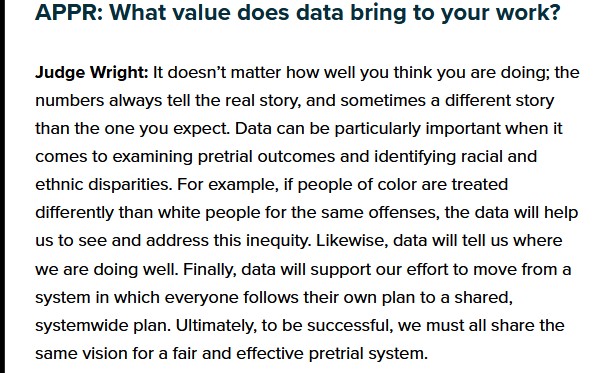 The treatment we received from Wright was anything but equitable or fair.

At the hearing today he found no problems with the defendants not being present and would not hold the mayor or police chief in contempt and dismissed the second case.

That second case involved LRPD permitting an individual to have access to records (videos) that they refused to provide to us.

The message Wright sent out today is that his court orders are not worth the paper they are written on.

But the jokes on him.

We obtained all the records we asked for. We were given them last year.

In fact we almost skipped the hearing today. Wonder if he would have held us in contempt?