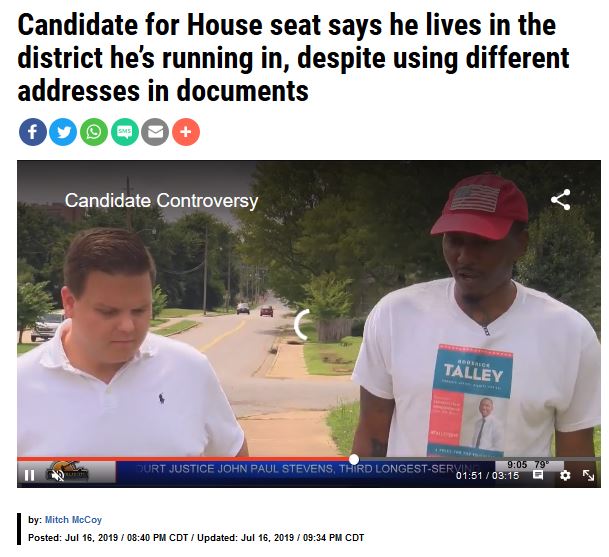 LITTLE ROCK, AR -  According to police and court records obtained by BGA via a FOI request, controversial political candidate Roderick Greer Talley has been accused of rape. 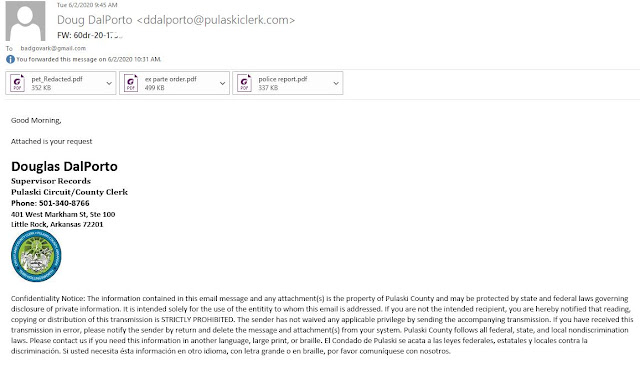 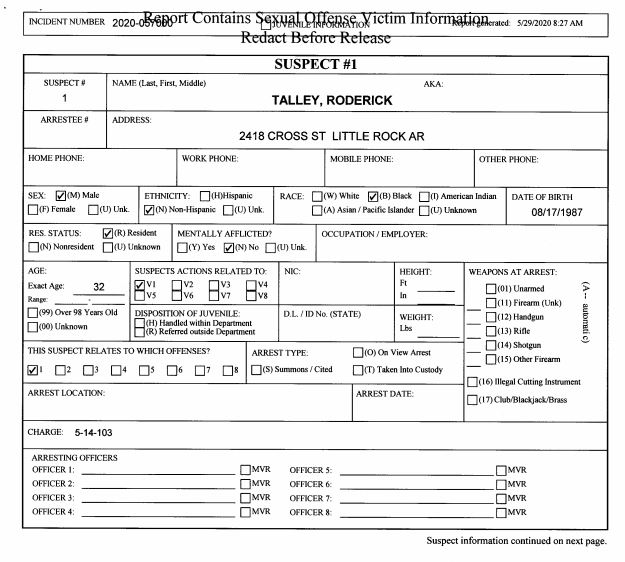 According to court filing for an Order of Protection by the sexual assault victim, Talley passed on a sexually transmitted disease during the alleged rape which required hospitalization of the victim.

Based of the victim's petition and affidavit, Pulaski County Circuit Court Judge Mike Reif issued a Temporary Order of Protection effective until June 22, 2020 when a hearing will be held.

Talley has a history of similar cases and of violating Orders of Protection.

On February 7, 2020, he was found guilty of violating an Order of Protection and received a one year suspended sentence, a $250 fine and $205 court costs and was ordered to have no contact with the victim in that case.

The fact that yet another petition for and Order of Protection has been filed against Talley could result in the District Court imposing its original sentence and sending him to prison for a year.

Talley gained some limited notoriety over the no-knock raids LRPD conducted using a confidential informant ("CI") that provided false information to undercover LRPD cops that allowed them to get the no-knock warrants.

Talley engaged the services of a sketchy lawyer that isn't even licensed to practice in the State of Arkansas. That lawyer dropped him like a hot potato around the time this video was released.

Check back for an update on or after June 22nd.
###
***UPDATE-06/06/20***
After we broke the news of Talley's latest shit-show, a Facebook post revealed more details about more shenanigans. 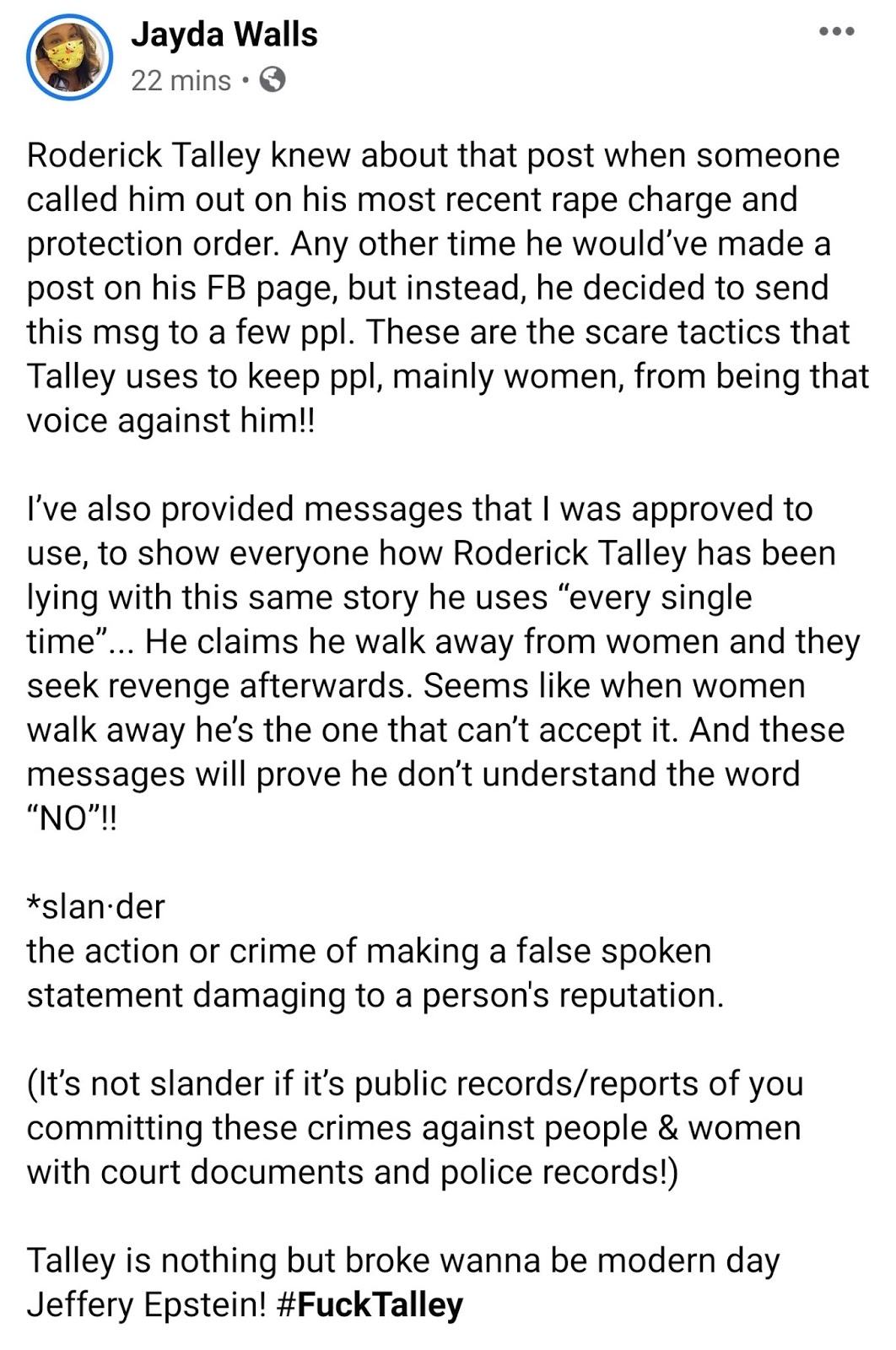 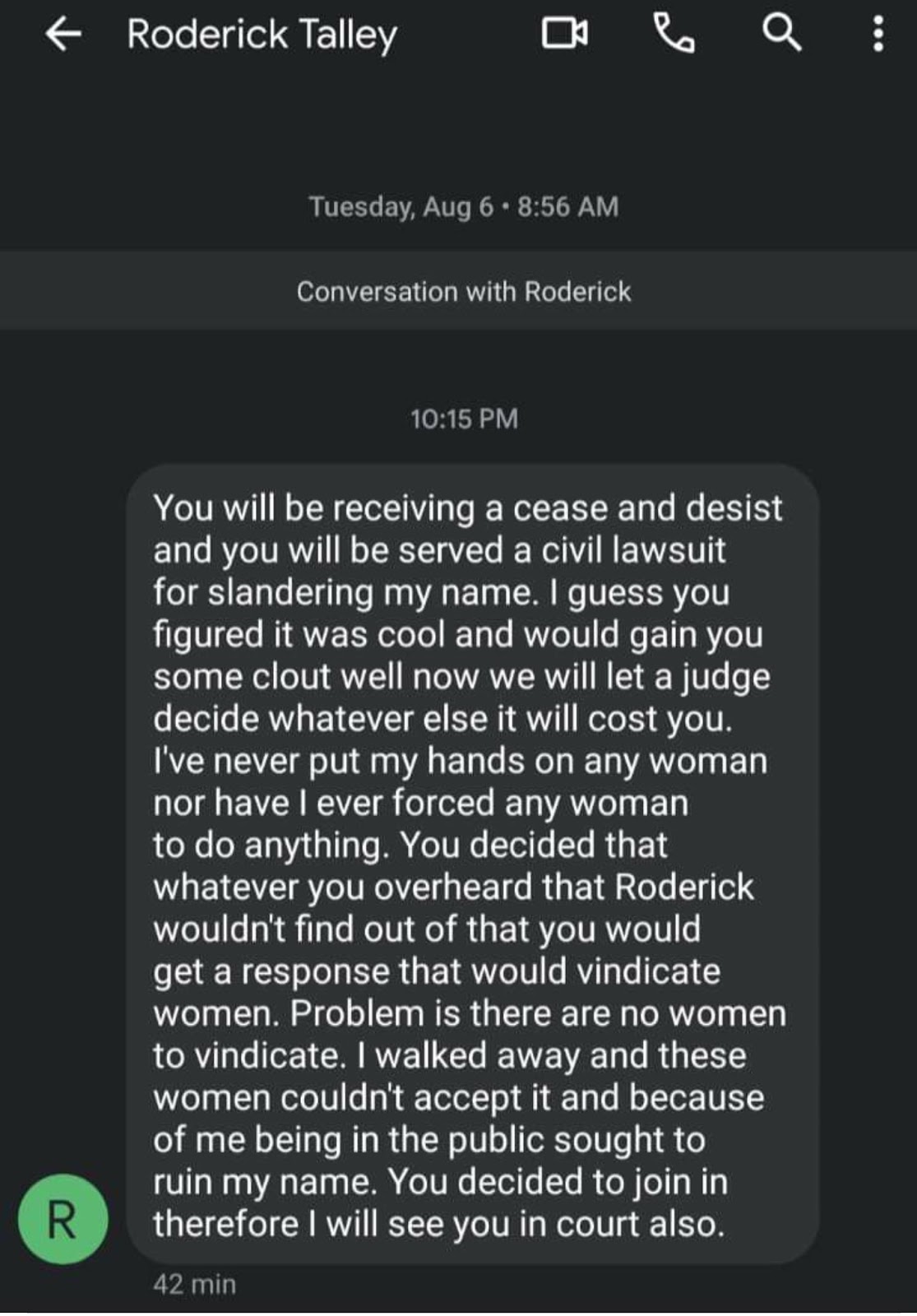 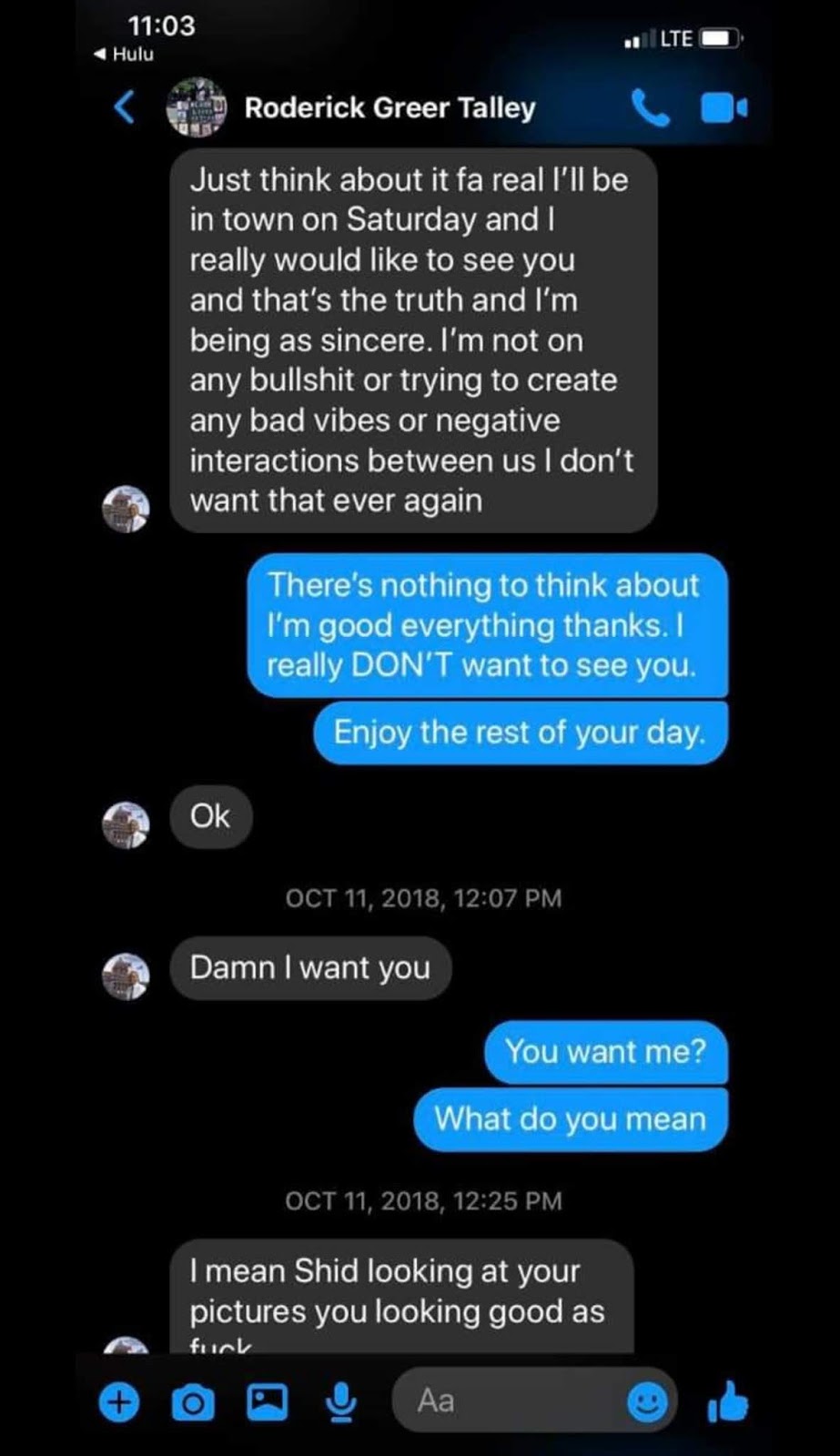 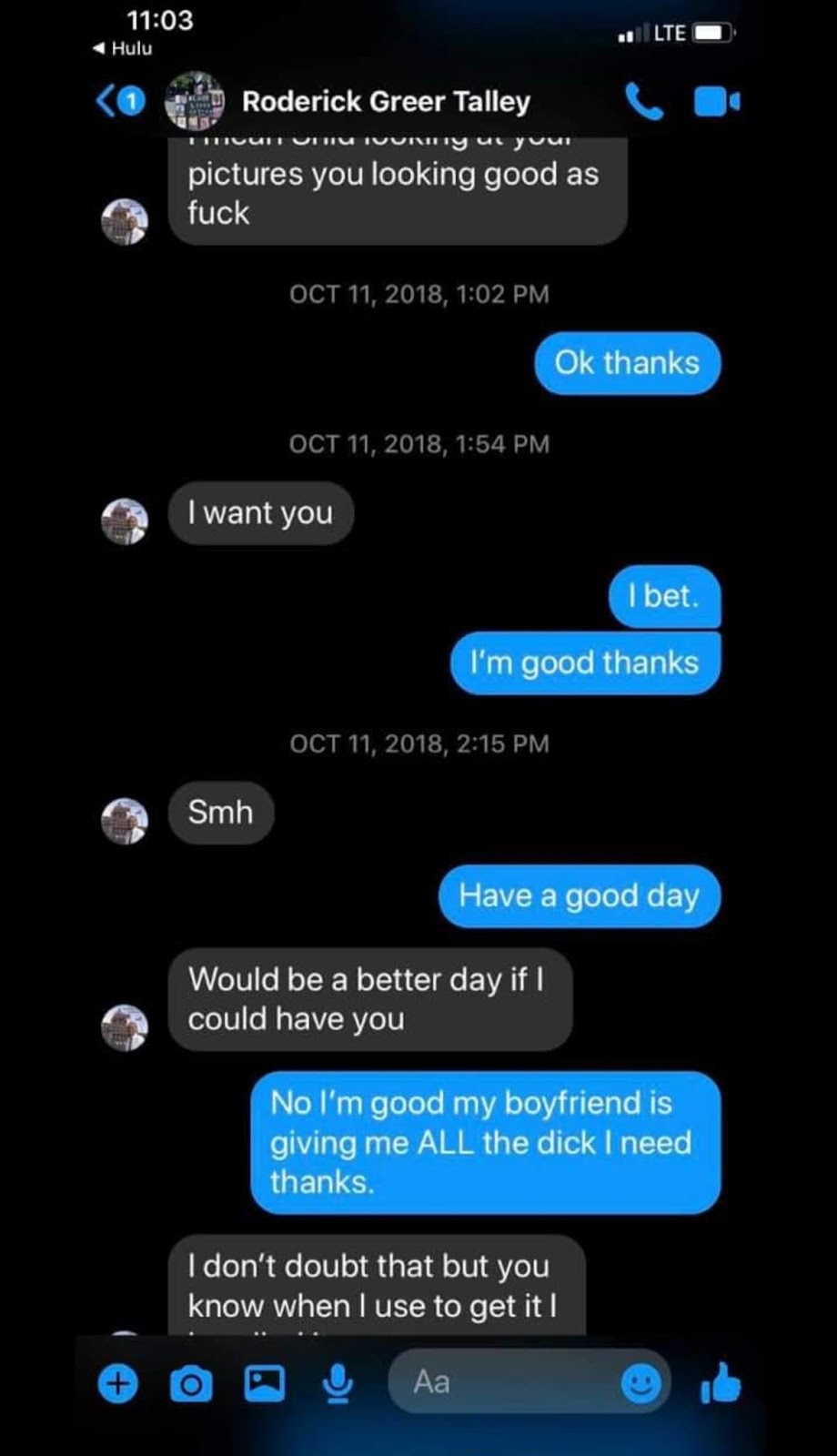 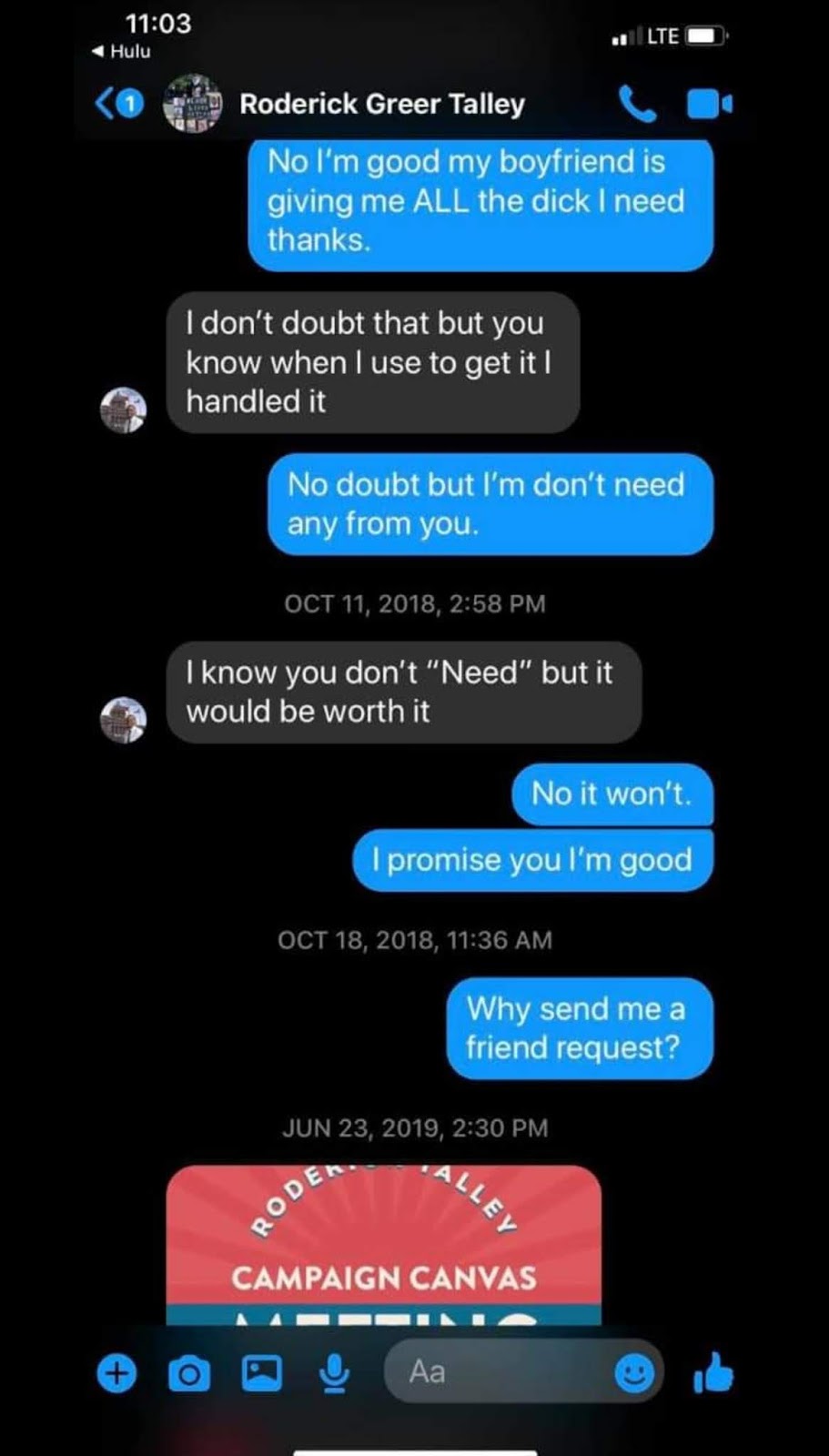 Talley is a unstable predator that manipulates women.  His actions and own words prove that.
Walls was also a victim of Talley and is not taking it lying down.
She filed a complaint with the Arkansas Ethics Commission about Talley's illegal campaign activities.  That Commission found he violated campaign finance laws and fined him. 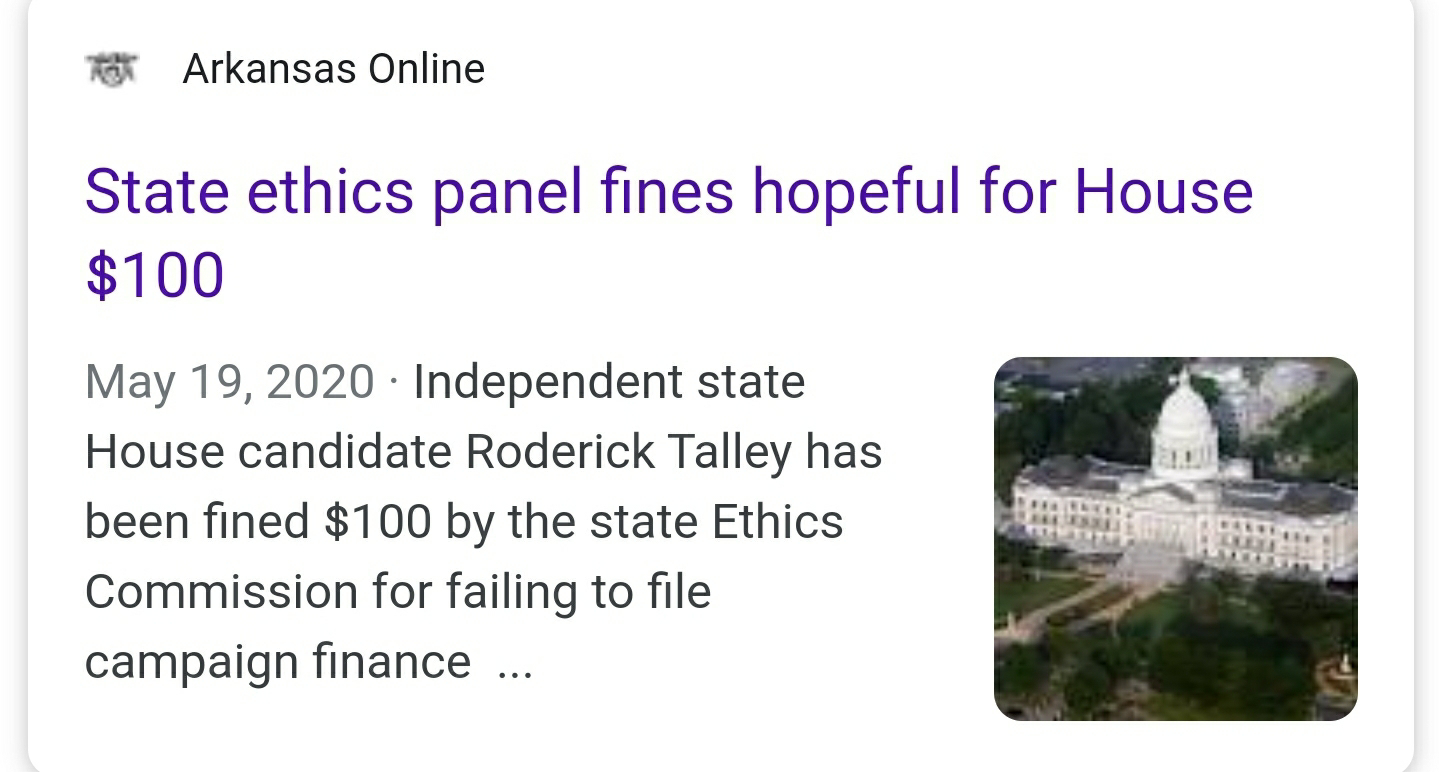