Eariler today Craighead County Clerk Kade Holliday was arrested and charged with of theft of property exceeding $1 million and abuse of office. 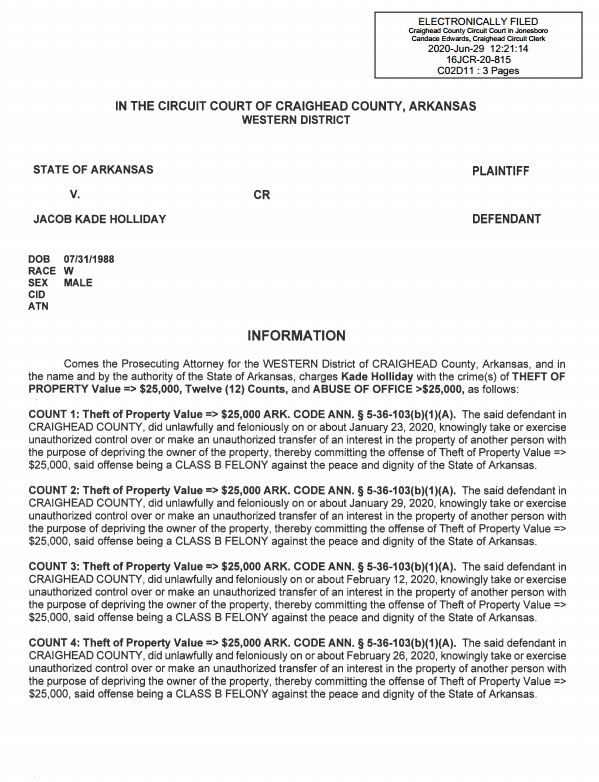 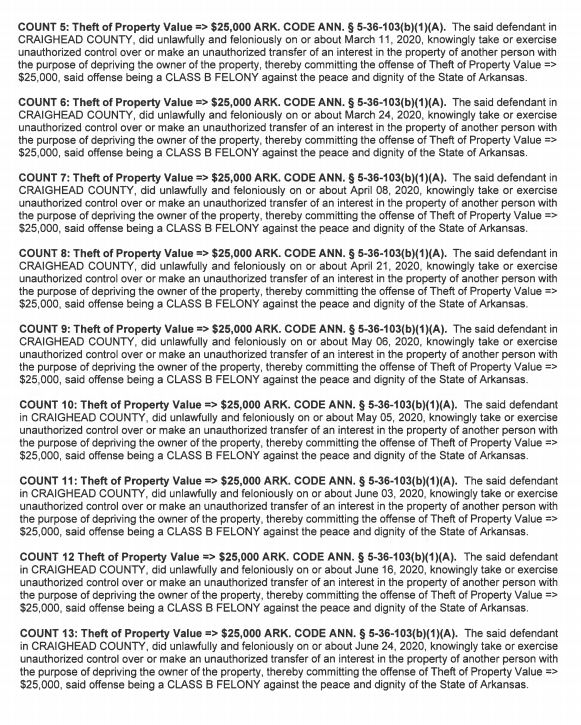 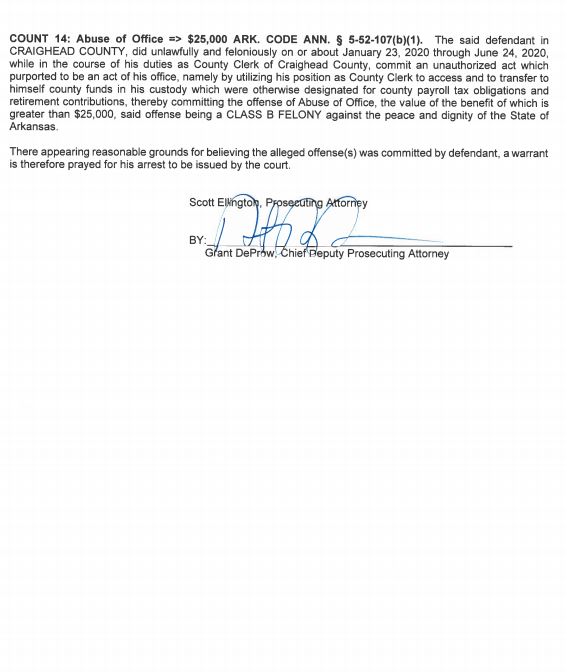 “This morning, officers from the Arkansas State Police and Craighead County Sheriff’s Department arrested Craighead County Clerk Kade Holliday. I have instructed my deputies to immediately file felony theft charges against him. Chief Deputy Prosecutor Grant DeProw will file a Felony Information charging multiple counts of Theft of Property in excess of $2,500 and one count of Abuse of Office, all of which are Class B felonies. He will also file a petition asking the Circuit Court to remove Holliday from office today.” 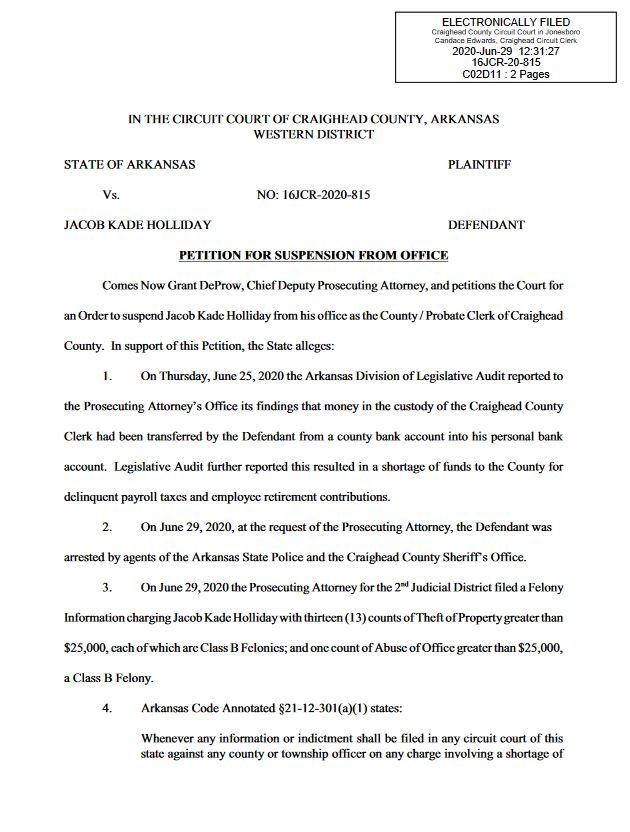 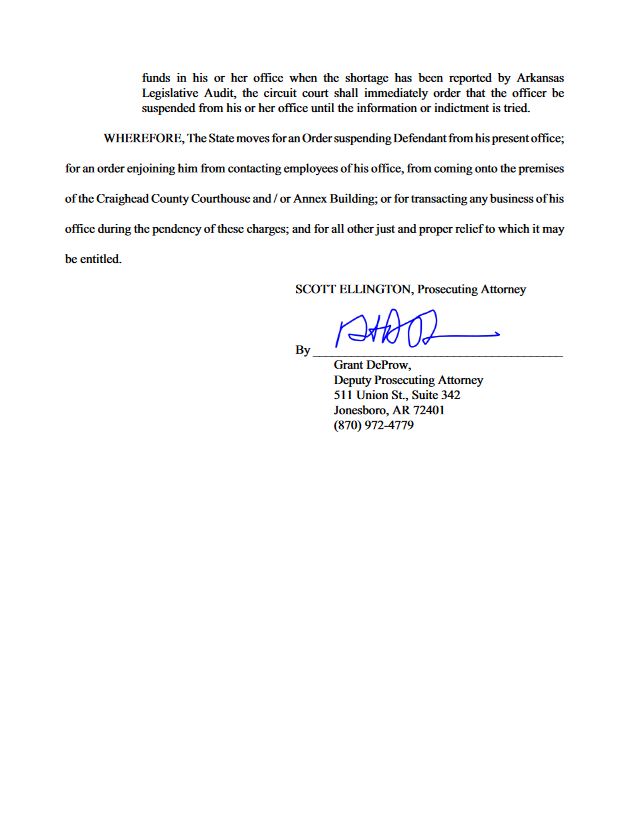 According to the news release, Ellington received an “urgent phone call” Thursday, June 25, to meet with County Judge Marvin Day and auditors with the Division of Legislative Audit.

Ellington said auditors had obtained and examined bank records that raised suspicion of theft of county funds from an account Holliday maintained in his official capacity as county clerk.

Ellington and Day subsequently met with the Arkansas State Police Criminal Investigation Division which then opened an investigation which resulted in Holliday’s arrest.

County Judge Marvin Day stated in a news release the investigation revealed that Holliday “personally received monies in excess of $1 million since January 2020.”

The Arkansas Times reported that Holliday had opened a new restaurant/club near Arkansas State in February, which was forced to close early in the pandemic outbreak. He’d also recently opened a restaurant in Nashville, TN Both ventures required capital investments.

Holliday's Twitter account has him listed as the owner of Holliday Development and Management and Shattered Windows Productions. 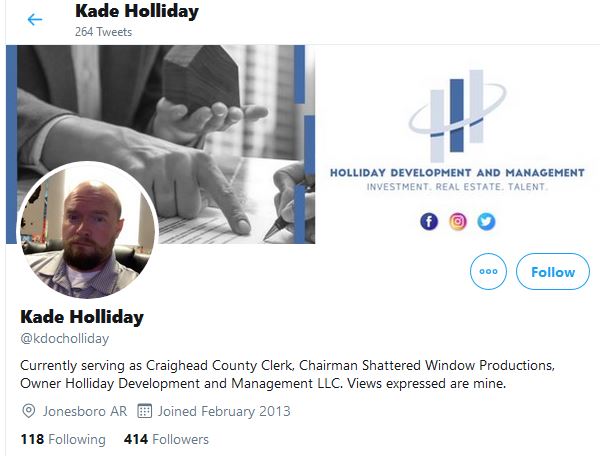 We found him associated with these business entities: 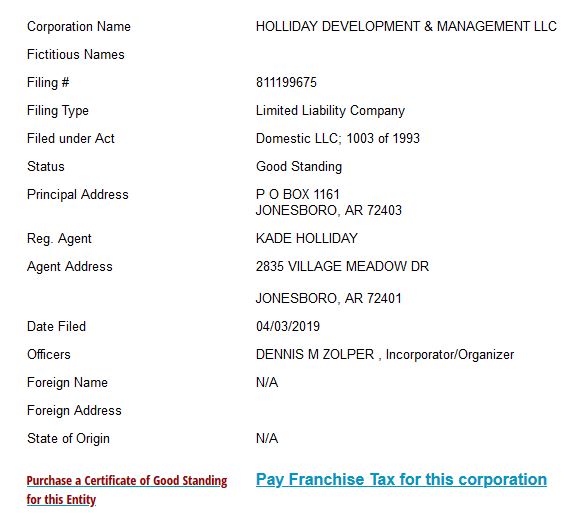 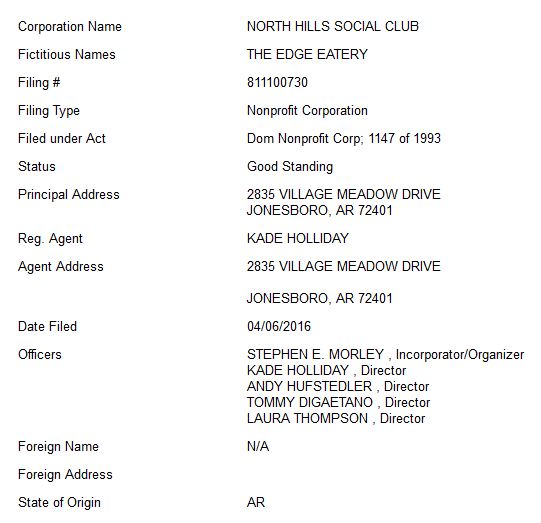 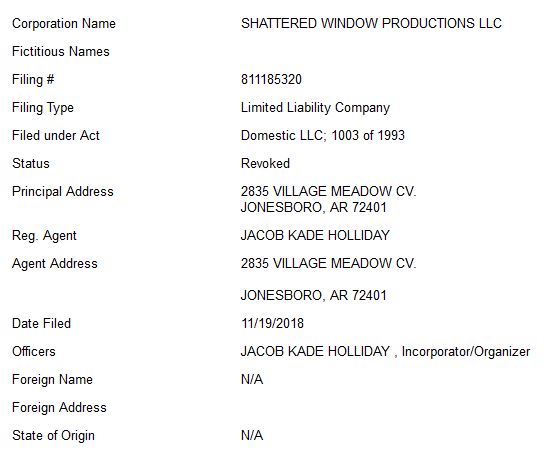 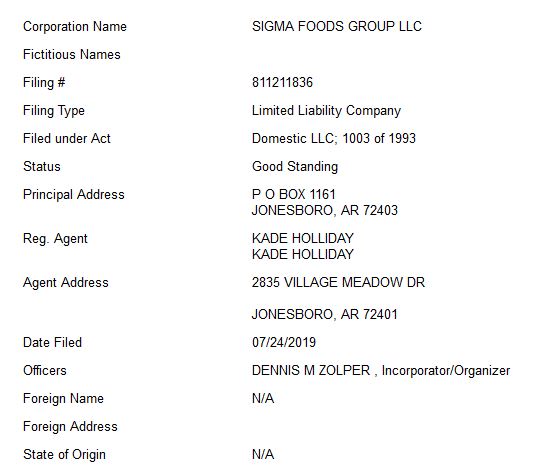 Arkansas Business wrote this about him a while back: 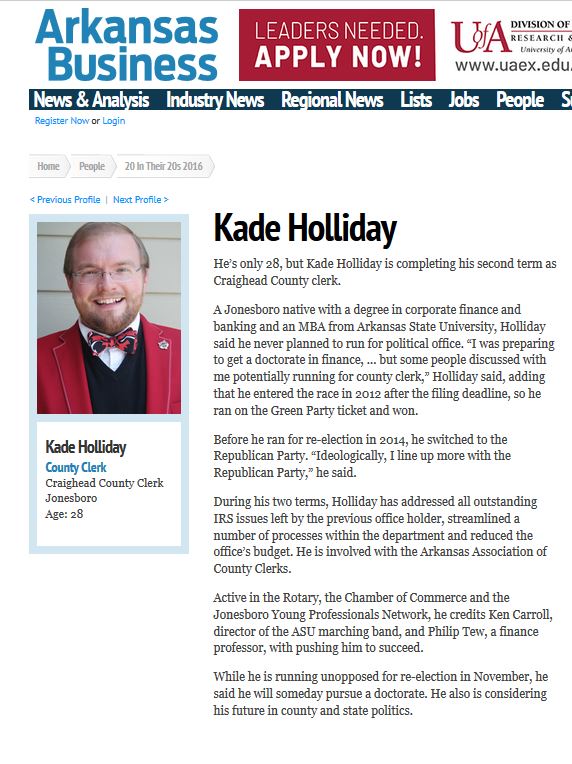 Never trust a guy that wears a bow tie. They are chokers for men.