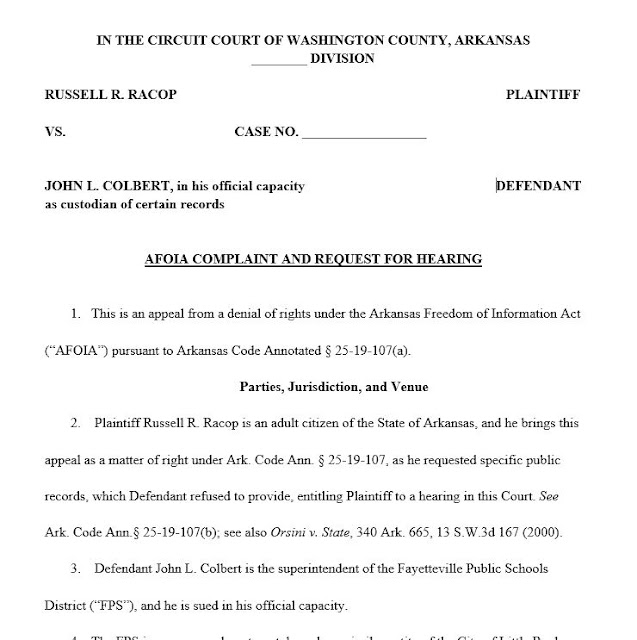 The full complaint can be viewed by clicking here.


Newly hired Fayetteville Public School Superintendent John L. Colbert has decided to violate the rights of our publisher under the Arkansas Freedom of Information Act. 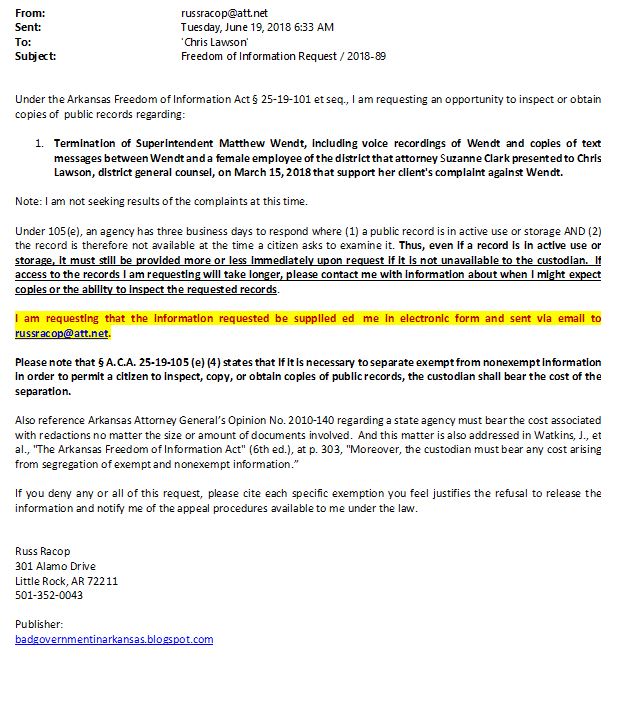 FPS attorney Missy Duke claims Colbert can't release the documents because someone, probably Wendt, has told Colbert that he will seek "intervention" from the court to prevent release of the public records regarding his firing. 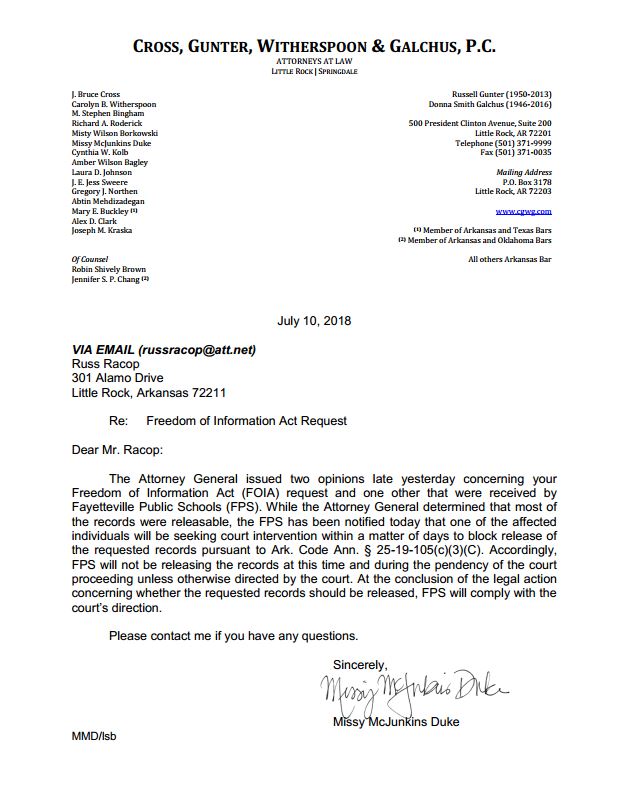 FPS has no right to withhold the requested records no matter what Wendt or anyone else threatens to do.

Wendt's attorneys requested an opinion from Arkansas Attorney General Leslie Rutledge after the FPS had determined that the documents were releasable under the AFOIA.

Rutledge's opinion was clear and direct - the material sought was releasable under the AFOIA. You can read it by clicking here.

Rutledge even went so far to mention that Wendt's text messages, used in his termination and sought by our publisher, reflected the "lack of performance of official functions" and were releasable under the AFOIA. Way to go Leslie! 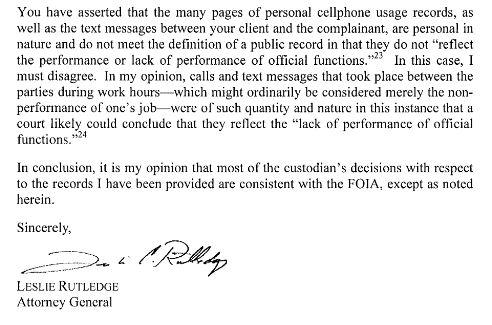 Rutledge lost a lawsuit filed against her and the Arkansas State Police and she has cited that loss in a recent AG's Opinion. You can view that opinion by clicking here  - see page 7 - Rutledge was the "et al". 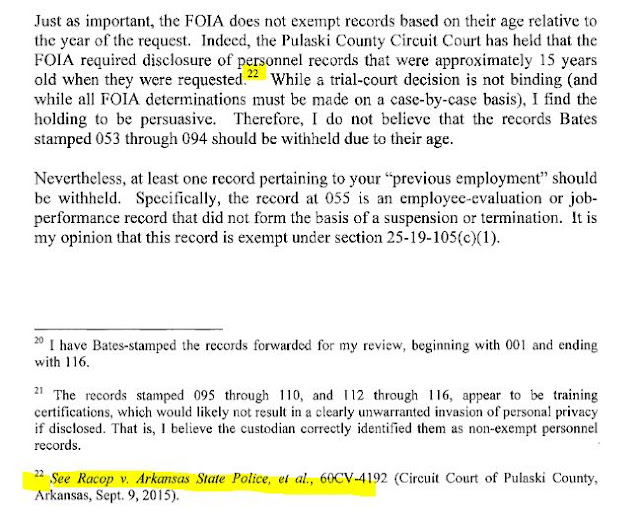 The lawsuit filed by our publisher will have to be heard in seven days, and Wendt's attorney's won't be able to serve our publisher notice before then.

Our publisher has fought and won several similar AFOIA lawsuits, the most recent one against befouled Little Rock Police Chief Kenton Tremar Buckner.

The attorney of the woman who filed the complaint against Wendt released the document in a press release on June 14th.

The woman said her problems with Wendt began in September 2017 with an invitation to meet "a group of employees after a Saturday employee retreat." But when she arrived, no one else showed up except Wendt.

While the two were there, she said he "pulled my face around and kissed me."

After that incident, she received texts from Wendt to meet at a hotel. She eventually met him at the hotel where they had drinks and had sex in October 2017.

The woman said it was "the biggest mistake I've ever made."

Wendt allegedly requested the two start a relationship and when she refused, she said Wendt started driving by her house.

The behavior would escalate until a sexual harassment complaint was filed on May 25th with the Equal Employment Opportunity Commission.