In our last post we reported of our filing a Denial of Rights under the Arkansas Freedom of Information Act against the Fayetteville Public School ("FPS") Superintendent John L. Colbert. You can read it by clicking here.

Chris Lawson is the General Counsel for FPS and he graciously confirmed her identity for us today. To view the all the documents click here. 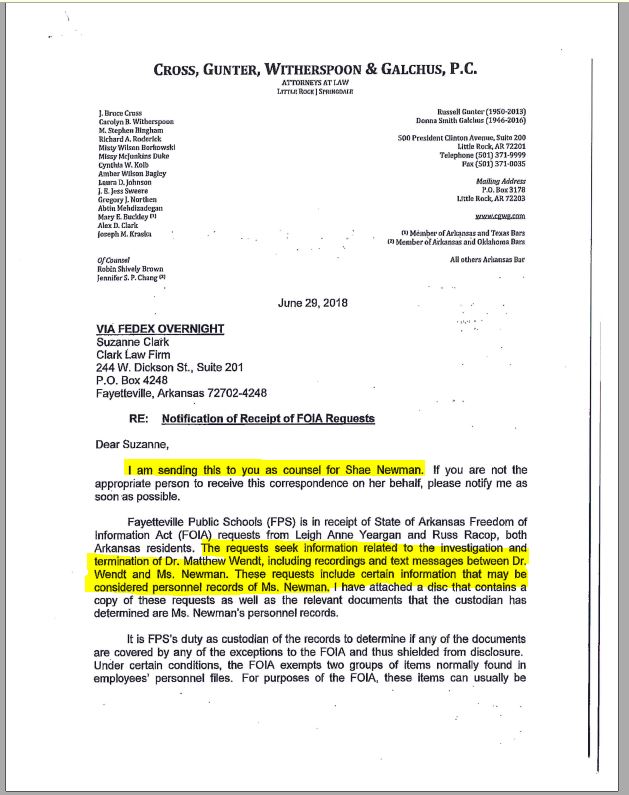 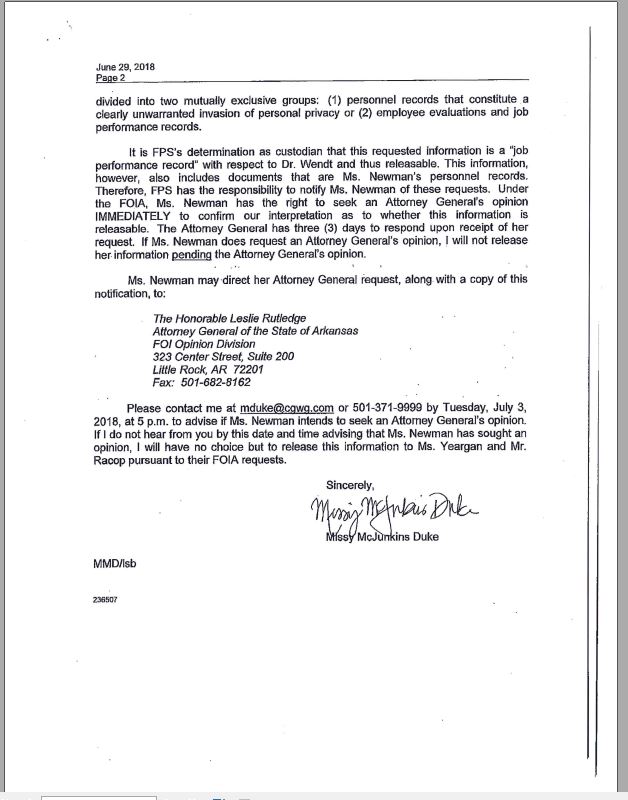 We had guessed it already based on a detailed document Newman's own attorney Suzanne Clark made public back in April. You can view it by clicking here.

Why Lawson decided to out Newman is a question only he can answer. But our investigation into Lawson gives us a good idea.

Former FPS Superintendent Matthew Wendt hired Lawson and could not say enough nice things about him. You can read it all by clicking here.

When the shit hit the fan at FPS for Wendt due to his screwing around with his secretary, Mrs. Newman, he hired Lawson's former law firm to represent him.

Lawson covered for Wendt back in April by refusing to cooperate with our FOI request at the time and he finally caved in when we told him of our intent to post his bullshit excuses for not providing the requested documents and blog about him and his shenanigans.

The publisher of this blog was contacted by investigators back during the investigation into Clark's theft by deception charges as he was a state employee back in those days and had been treated to lunch by Clark after a meeting. Investigators wanted to know if Clark had in fact taken him to lunch or used his name on an expense report to cover a theft of funds.

Steveo had high praise for his wife in an article about her in the Northwest Arkansas edition of the Arkansas Democrat-Gazette back in February. 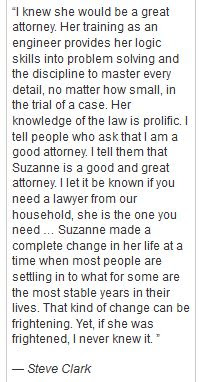 Well, if her engineering is anything like her lawyering... you get the picture.

Mrs. Clark screwed the pooch and her client with her April document.

It will cause her to lose the lawsuit she filed on behalf of Shae "Jane Doe" Newman against FPS attempting to  prevent release the documents that we and others that made under the Arkansas Freedom of Information Act. A request that even ole Leslie Rutledge has opined is a legitimate and legal one. You can view the "Jane Doe" /Shae Newman filing by clicking here. 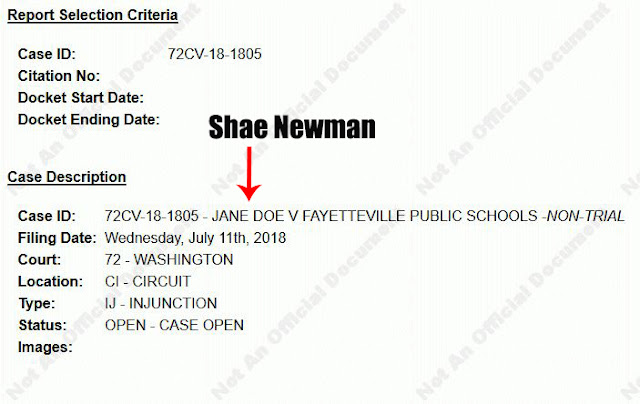 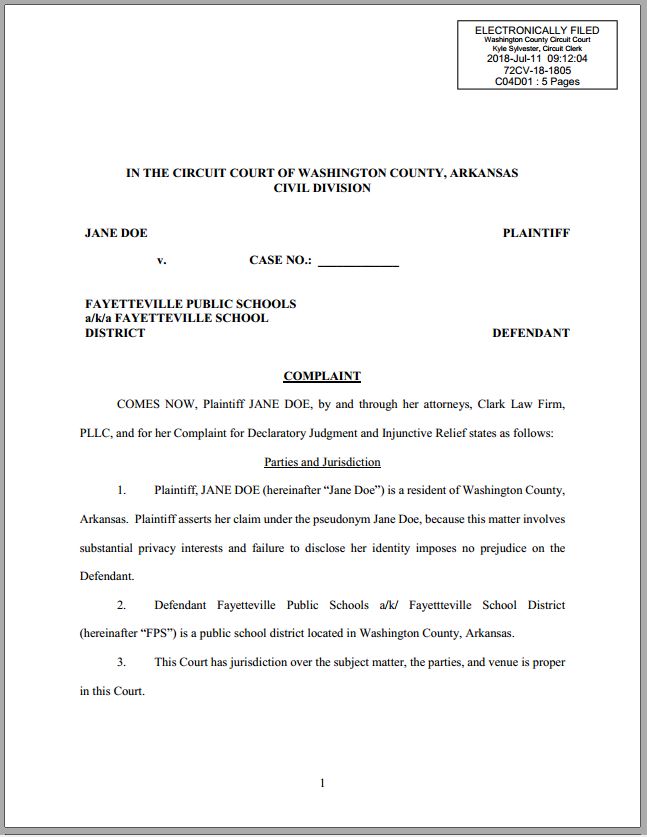 Sloppy Mrs. Clark gave out way too much identifying information about her client in that April document and we had little difficulty in determining her identity from all the clues provided.

Clark gave sordid details of Wendt's and Newman's sexual infidelity and to now try and say release of the documents used in the firing of Wendt after she released details herself is a violating of Newman's privacy is simply ludicrous.

We have already given you a link to Clark's full document but here are some of the juicer bits from Newman's statement:

Surely anyone that worked for FPS could tell that Clark's client was Newman. We found out her identity in a matter of minutes with all the clues provided. 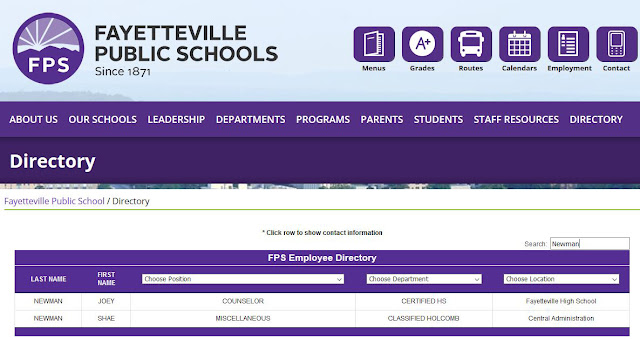 Then the salacious stuff is dished out: 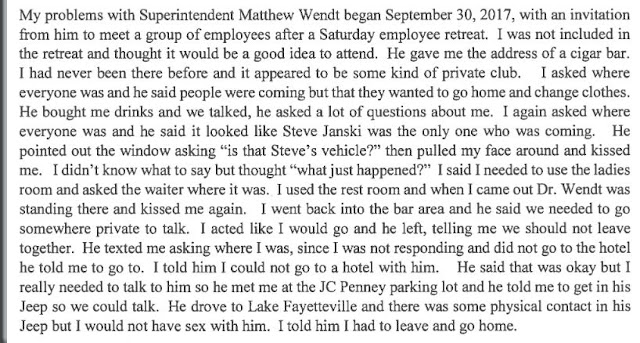 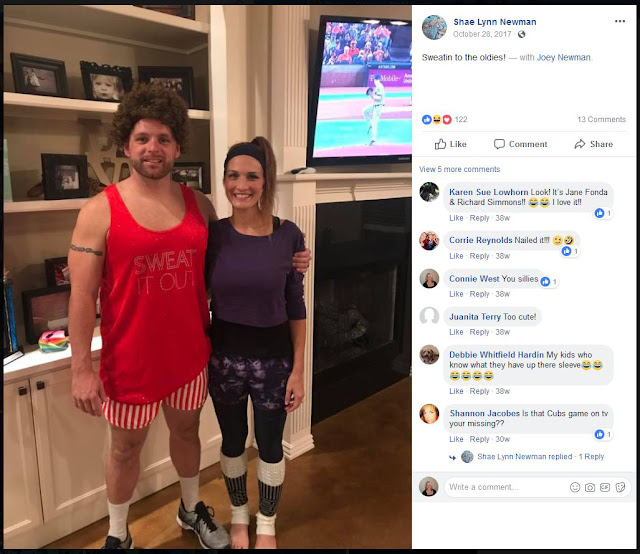 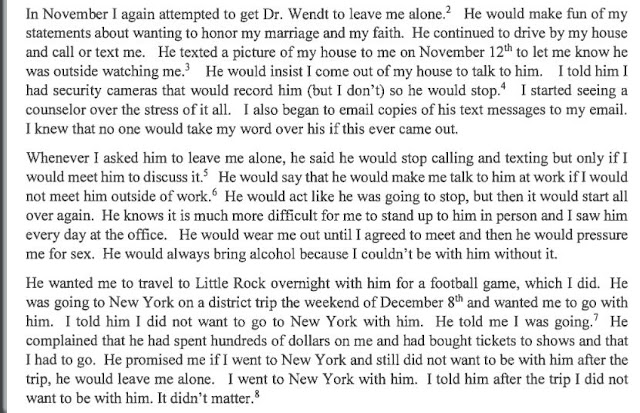 According to Newman's statement, she told her best friend and a sister about her infidelity with Wendt. Seems she told everyone close to her except her cuckolded husband.

Newman could have and should told her husband if she was really being forced to have a sexual relationship with Wendt. Hell, her best friend or sister could have notified the authorities - taking a person across state lines for sex is a federal crime. 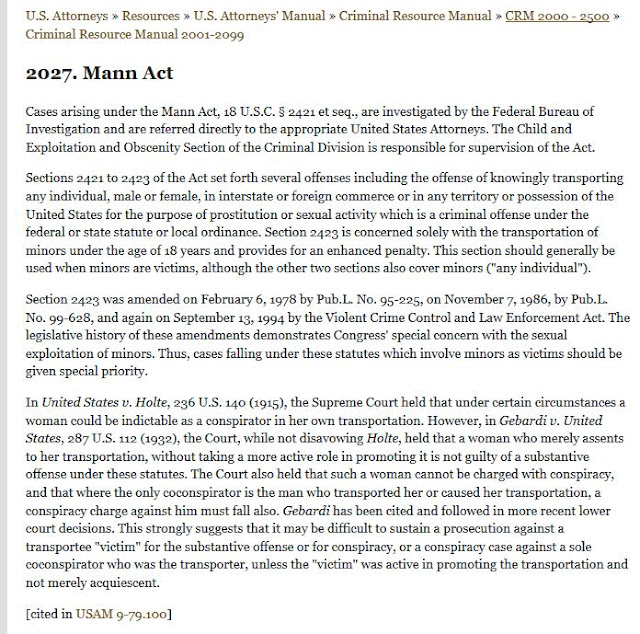 Examples of text messages don't give any hint what Newman wrote in response to Wendt's messages. See for yourself:

It will be interesting to listen to the recording that was provided to Lawson on March 15th as well as what Newman wrote to Wendt when we win our lawsuit against FPS in the coming week.

No doubt Lawson and Clark have opened themselves up to having complaints file against them with the Office of Professional Conduct. Complaints that will  be easily substantiated.

BTW - Wendt was sued for taking around $180K from a school district that once employed him. You can read the complaint by clicking here.

Stay tuned for updates.  This circus will be in town for a while.

The attorney for Shae Newman, a.k.a. "Jane Doe" has filed a Motion to Seal yesterday to keep Newman's text messages to her adulterous lover and former boss Dr. Matthew Wendt secret. 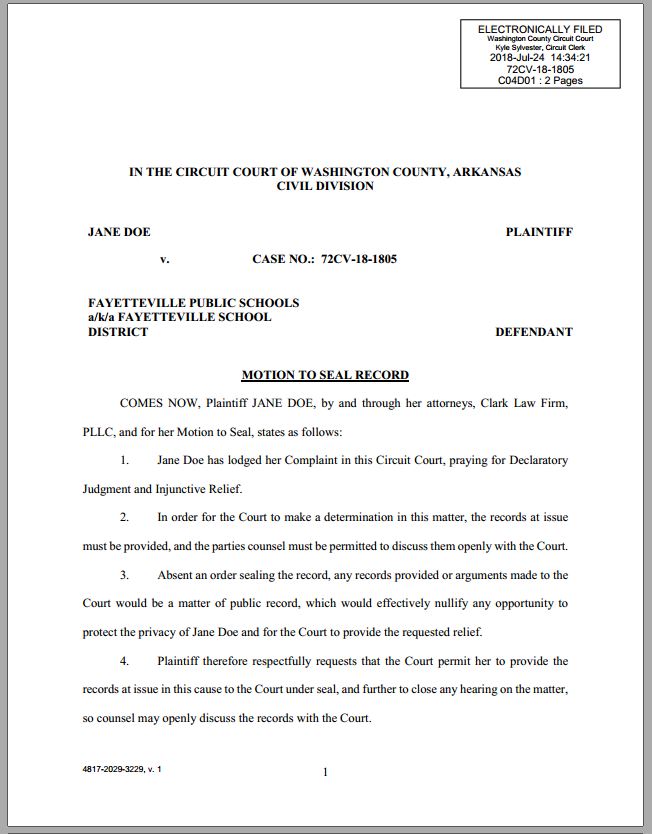 Several sources have told us that the other individuals that were provided notice of our AFOIA request for documents concerning Wendt's firing may not be "innocent parties".

We are digging into these allegations and will post more updates as information and documents become available.

Our sources also point out that only after Newman did not receive the PE position at Holcomb in January, as she was promised, that she started refusing to continue the relationship with Wendt.  Newman was was offered and took this position the day after he was fired.

Missy McJunkins Duke, the outside counsel hired by FPS since in house counsel Chris Lawson is not up to the task, filed an answer to the complaint filed by "Jane Doe"/Shae Newman. 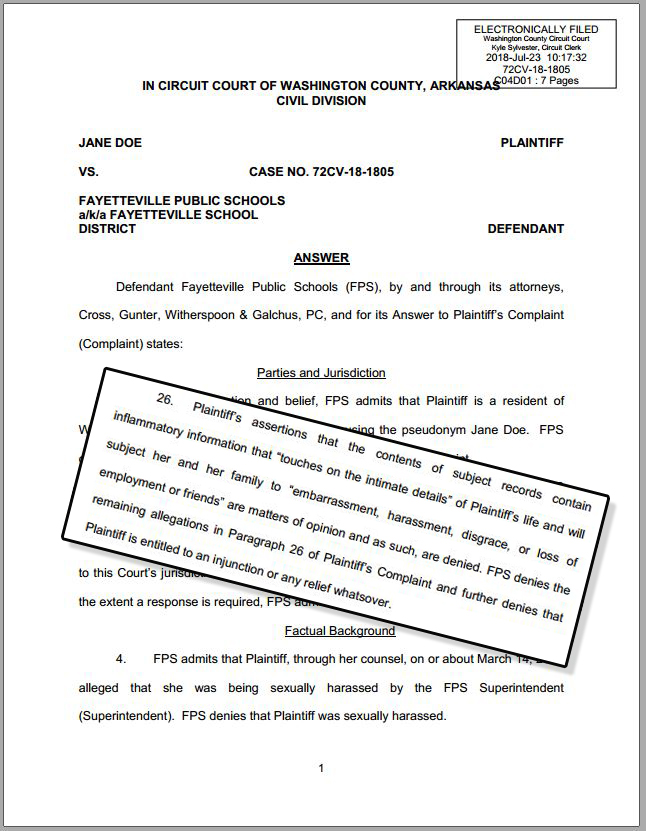 You can view the full document by clicking here.

We are filing a motion to be included in the "Jane Doe"/Shae Newman case as a third party intervenor  to protect our rights under the Arkansas Freedom of Information Act.

That should make things a little more interesting.