Highfill Mayor Stacy Digby was arrested this morning in connection with having a sexual relationship with a 17-year-old girl, according to Sgt. Shannon Jenkins with the Benton County Sheriff’s Office.

In January, the Benton County Sheriff's Office announced it was investigating Digby on the possibility of an inappropriate relationship between him and a juvenile. 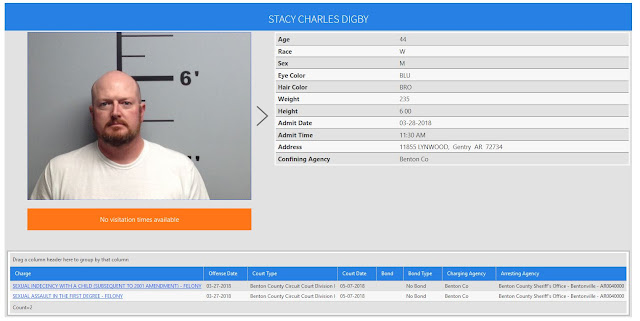 Digby resigned this morning shortly before being arrested. Stacie Williamson, the Highfill recorder/treasurer, will now serve as interim mayor. 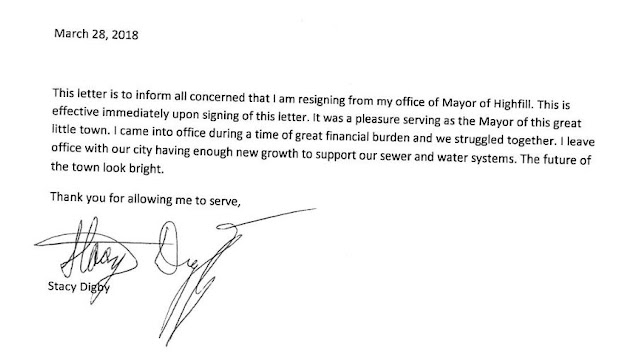 Russ Hall, the pastor, told investigators the leadership position is similar to that of an elder in other denominations, adding that lay leaders often represent the Methodist church at state and national events, according to a probable cause affidavit.

It is believed that the juvenile attended services at the church and Digby had contact with her there.

Residents had approached city officials about concerns over the mayor’s relationship with the girl, which began in 2014, according to the affidavit.

Residents reported recently seeing the girl sitting on Digby’s lap at a bowling alley. Another time a Highfill officer found the girl in the mayor’s office around 1 a.m., according to the affidavit.

Highfill Police Chief Blake Webb asked for an outside agency to investigate, and the sheriff’s office opened an investigation in January.

On January 10th, the sheriff’s office searched Digby’s home on Linwood Street, where they found pictures of the girl, her clothes and medication.

One of the girl’s siblings later told deputies that Digby would come to their house late at night and once sent the girl a picture of his genitals, according to the affidavit.