Bond was set Wednesday at $60,000 for Stacy Charles Digby, the now former Mayor of Highfill who resigned shortly before being arrested and charged with two felony offenses stemming from his inappropriate and illegal sexual contact with a female minor. According to online records at the Benton County Detention Center, Digby remains in jail at the time this post was published. 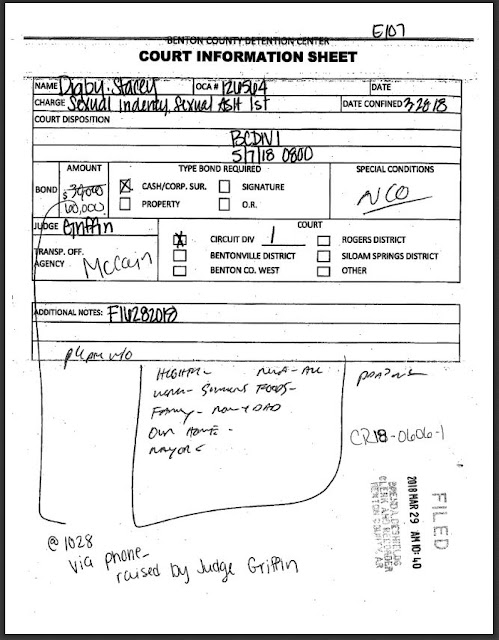 Benton County District Court Judge Chris Griffin had initially set Digby's bond at $30,000 but later doubled it.
Apparently Digby began his relationship with the minor a year after his divorce in 2011,  At that time the girl was 12 and was attending the Highfill United Methodist Church with her grandparents.

Digby's home is located next door the the church.

When first questioned by authorities the 17 year old denied any sexual contact with Digby. However, she later detailed their relationship and confirmed that she and Digby had sexual relations. 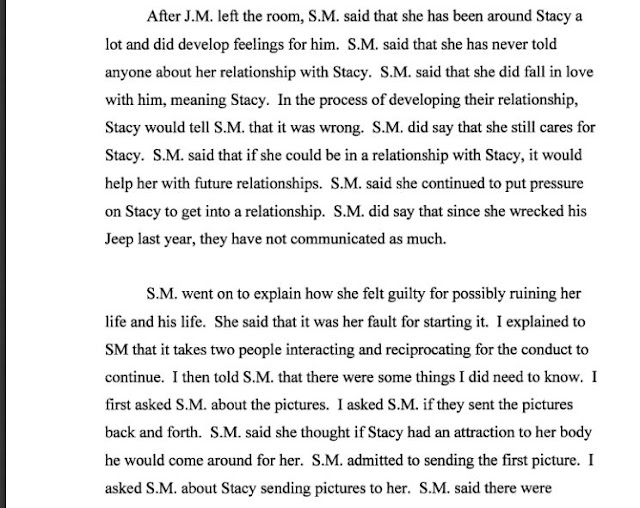 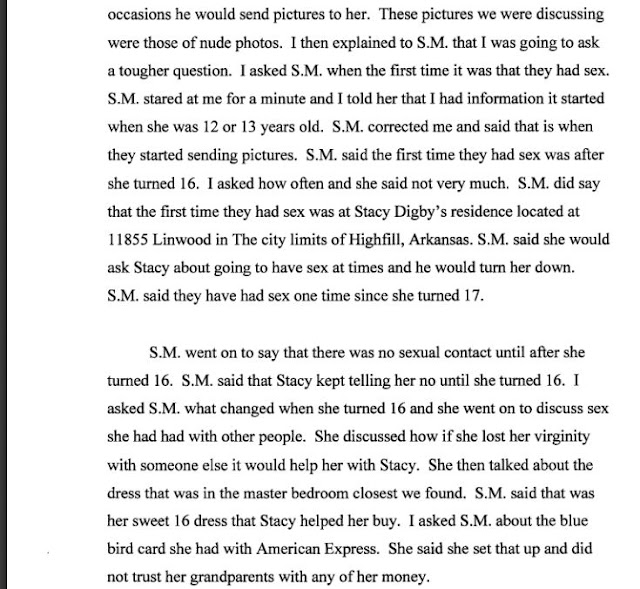 It appears that there was some effort by Digby to not portray him as a youth minister but rather as a lay minister in covert contact between him and S.M. while the investigation was underway. 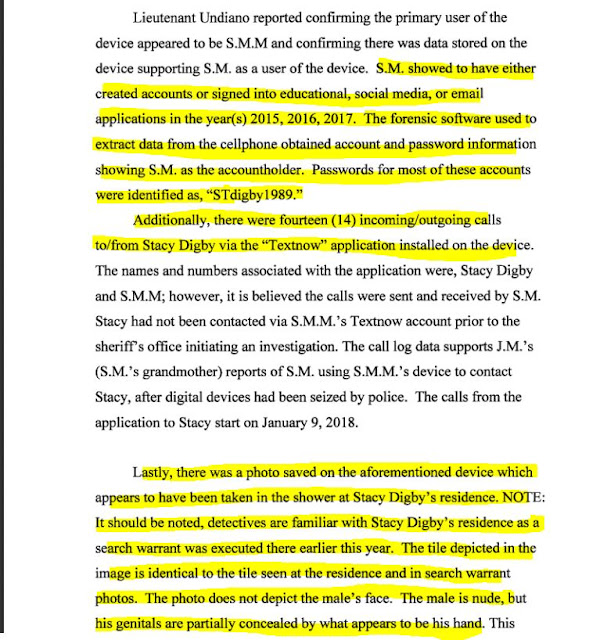 Digby's parents were not very cooperative with authorities and did not want them to take the external hard drive their son had hidden in their milk barn. 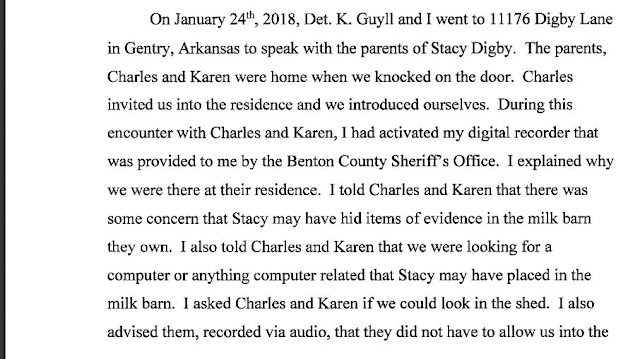 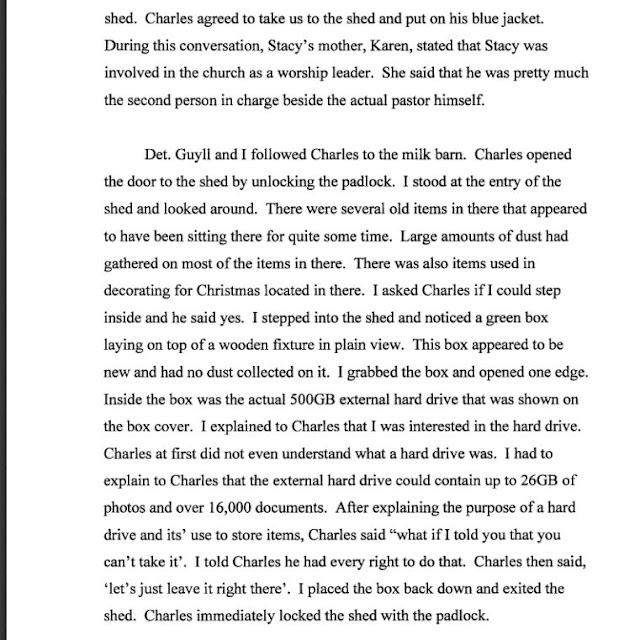 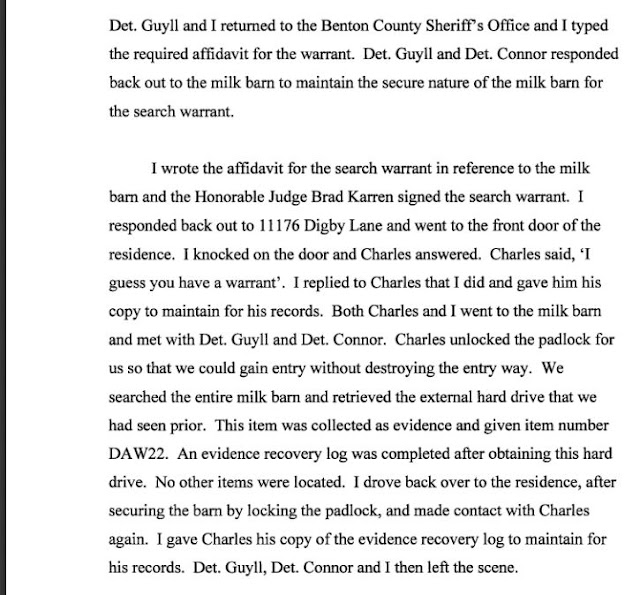 Perhaps Digby gets his wild side from his mother. 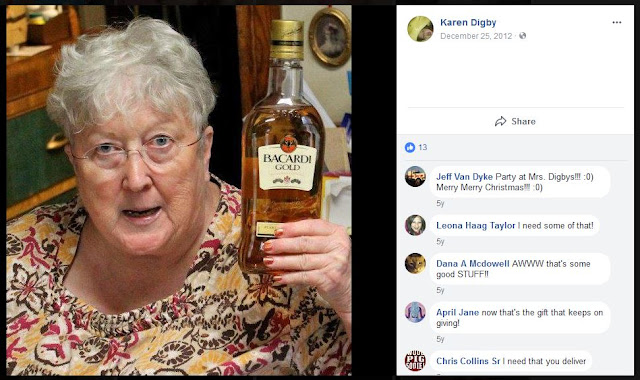 A former girlfriend of Digby's, Amy Trammell,  related his confession to her of his illegal sexual relationship with the minor.

Digby also told Trammell that he was going to marry S.M. when she turned 18.

The 13 year old sister of the victim , identified as "S.S.M." provided some illuminating details. 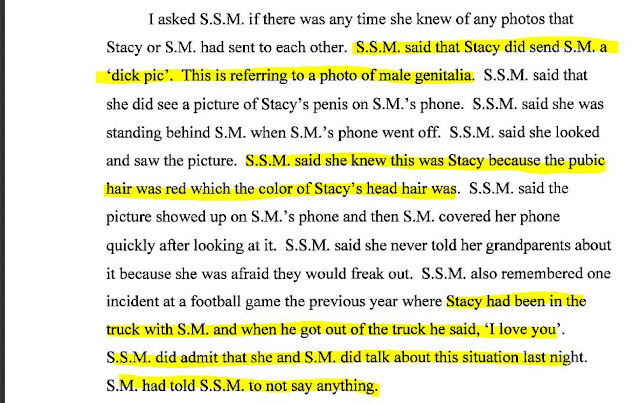 The complete 30 page affidavit can be viewed by clicking here.

A poor job was done in the redaction of the document as we were able to identify the victim from reading it in only a few minutes.  We were also able to identify one church member that brought concerns to the authorities. 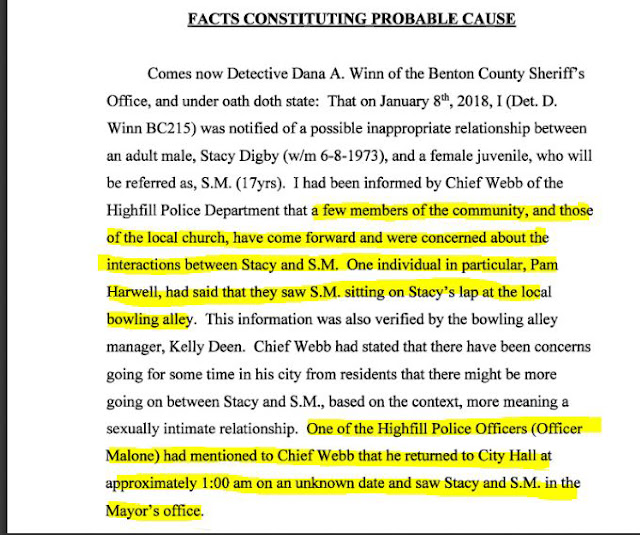 The minister of the Highfill United Methodist Church was interviewed as the victim is a parishioner and investigators thought he might have some information to shed light on the sick situation. Wrong. Rev. Hall has has been quoted by the media as saying the allegations and charges against his pal Digby are false. You can hear him say that in this news report.

The United Methodist Church takes a dim view of they type of  behavior and actions Digby was involved in with the minor and has a method to remove him from its membership role as detailed in its Book of Discipline. 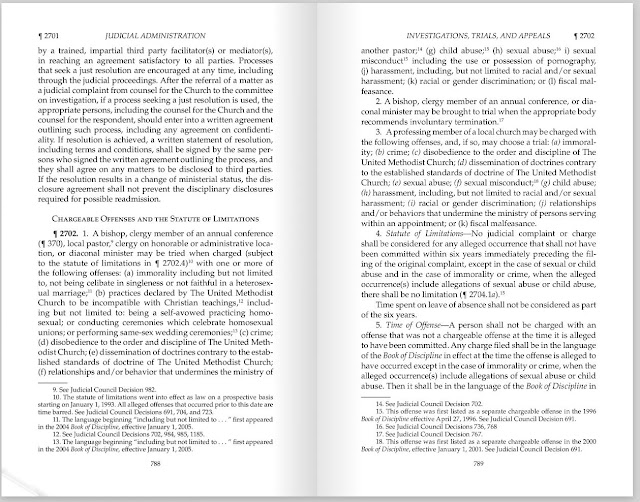 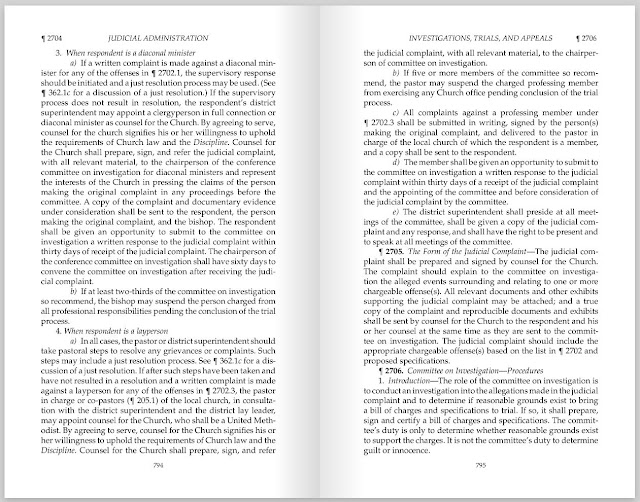 Rev. Hall's comments will no doubt remove him as a participant in any action the local church takes as his bias has been clearly demonstrated.  Maybe he needs to read the affidavit and keep his mouth shut for the good of the UMC and his congregation.

We wonder if member of Hall's congregation came to him with concerns about Digby? If so what did Hall do beside offer Digby unfettering support?

As a member of the clergy, Rev. Hall is a mandated reporter under Arkansas Code § 12-18-402. If parishioners came to him about Digby, did Rev. Hall pass those suspensions on to the appropriate law enforcement agencies?

Probably  not. That is something the Boone County Prosecuting Attorney should look at.

They need to get Digby out of the Highfill United Methodist Church to protect other minor females from becoming his next victim. Might be a good idea for the District Superintendent and Bishop to look for a new minister at the Highfill UMC as well.

Don't expect the Arkansas United Methodist Church Bishop Gary Mueller to have anything to say about this matter.

We are still waiting on him to answer our question about the UMC returning the $100K bribe that former Jefferson County Judge and retired UMC minister Henry "Hank" Wilkins accepted from lobbyist Rust Cranford when Wilkins was a state legislator and he passed on to his pastoral charge, St. James UMC in Pine Bluff.

We never met a UMC Bishop that had any spine or much intelligence and Mueller is no exception. Most are pompous blowhards that could not find their way out of a paper bag.

According to posts on the Facebook account of S.M.'s grandmother, S. M. has been missing for 22 hours.

We attempted to contact the Benton County Sheriff's Office but could not reach any media contacts.  We they returned our call (using the number 501-712-2312) we were on the phone with a content sharing partner in NWA and did not recognize the number as being from the BCSO as they are in the 479 area code.  A nasty voicemail message was left complaining that we did not answer.