The publisher of this blog attempted to enter a public building today to attend an open public meeting and was denied access by DFA Revenue Security Coordinator Curtis Briggs. 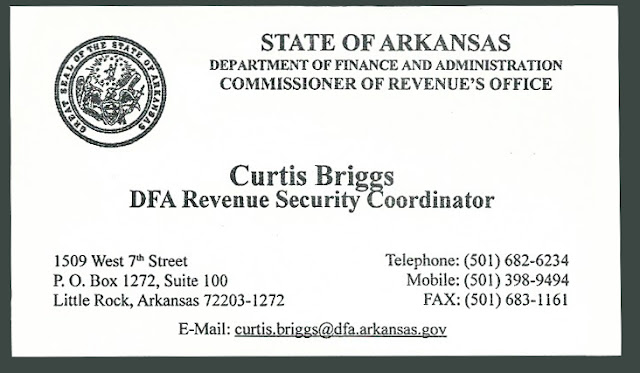 Briggs illegally denied our publisher access to a public building and a public meeting due to butt-hurt over a previous post made about him on this blog in which we exposed him lying to the North Little Rock Police Officer when Briggs deceptively indicated that he was a Little Rock Police officer killing time trolling through Burns Park while waiting to execute a search warrant in Lonoke.

NLRPD accused him of Criminal Impersonation in a police report. 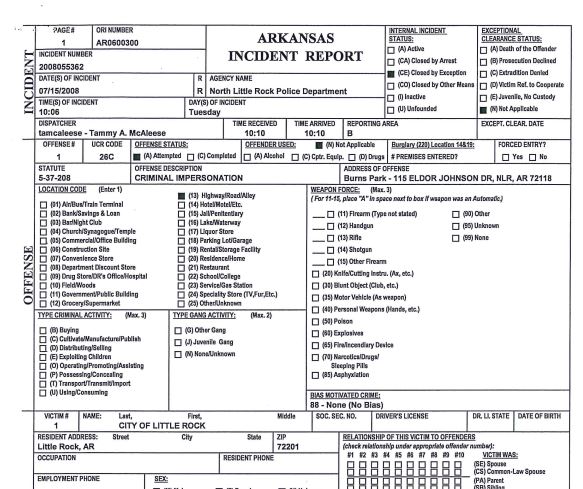 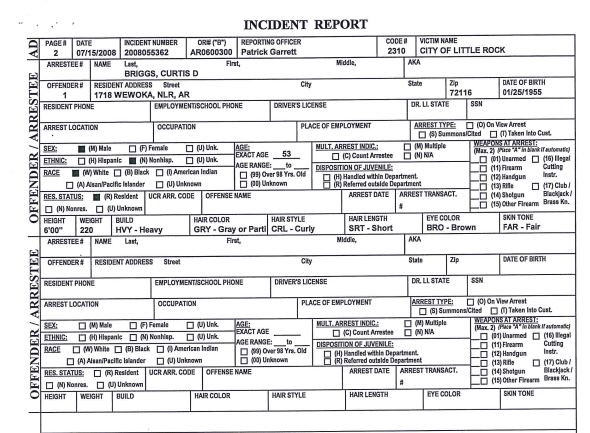 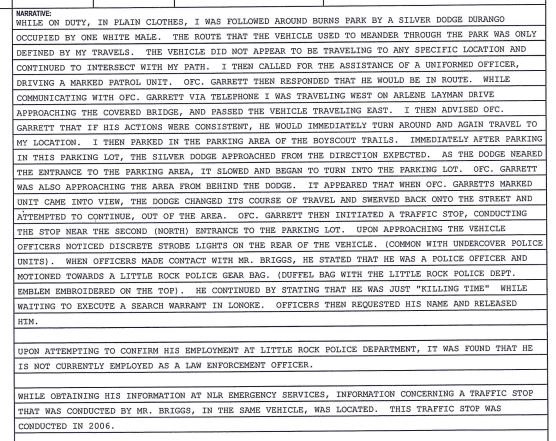 Briggs resigned, in lieu of being fired,  from the Little Rock Police Department according to sources. 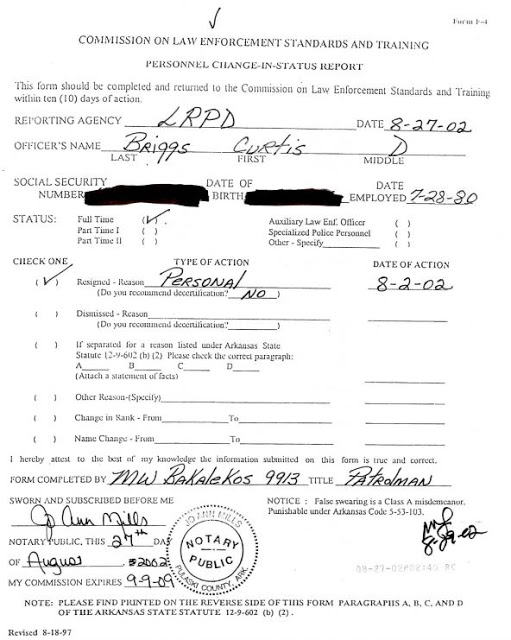 Briggs lied when confronted by our publisher that he had been the subject of a post on this blog.

We were not surprised that Briggs would lie. He has a lengthy history of lying as we pointed out in our previous post.

Why DFA would hire Briggs is a question that DFA will more that likely never answer.  We understand he left employment with  the Insurance Department unwillingly.  But DFA has no problems hiring liars, after all they hired Boyce Hamlet to head ABC Enforcement.

Denial of access to a public building for a public meeting will not go well for Briggs or DFA.

Stay tuned for the rest of the story.