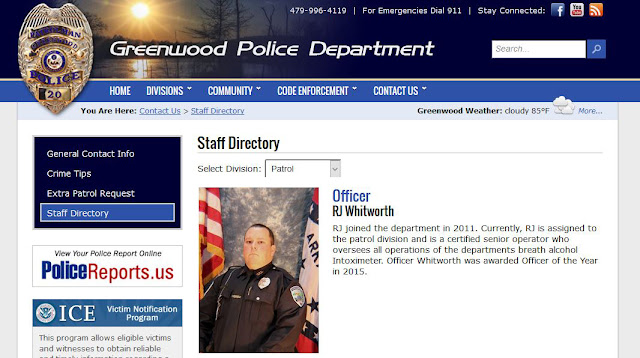 Regan Wayne "RJ" Whitworth Jr., a seven year veteran with the Greenwood Police Department, was placed on administrative suspension yesterday after an arrest in the early hours of Sunday morning on DWI charges.

Officer Whitworth was arrested for suspicion of DWI following a vehicle accident in Lavaca. Greenwood police chief Will Dawson said that Whitworth, who was arrested by the Arkansas State Police, will remain on suspension during an internal  internal investigation into the accident and subsequent arrest.

Whitworth was booked into the Sebastian County Adult Detention Center at 4:48 a.m. Sunday morning and was released at 6:09 a.m. after posting a $1,000 bond. Whitworth was booked on a DWI misdemeanor charge.
(Information scoured from InsideFortSmith) 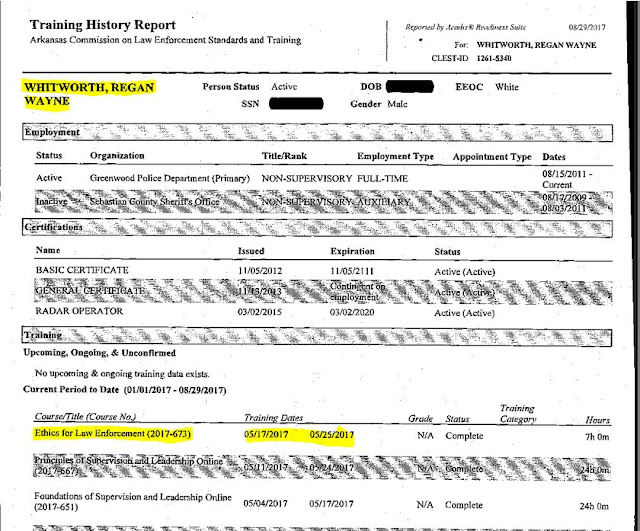 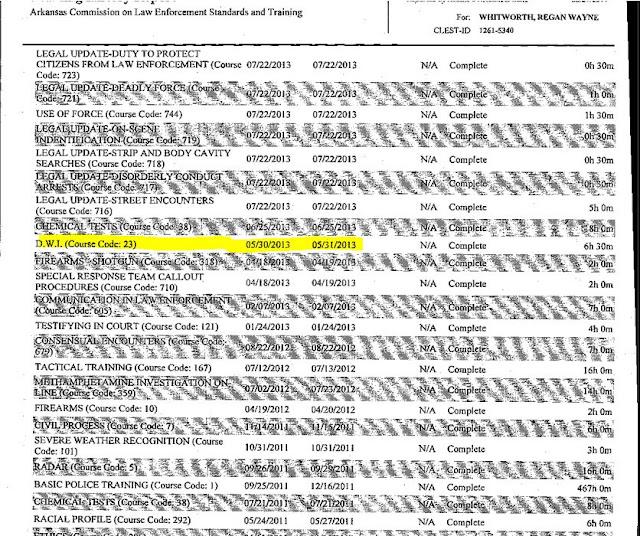 Before joining the Greenwood Police Department, Whitworth was an Auxillary Officer with the Sebastian County Sheriff's Office. 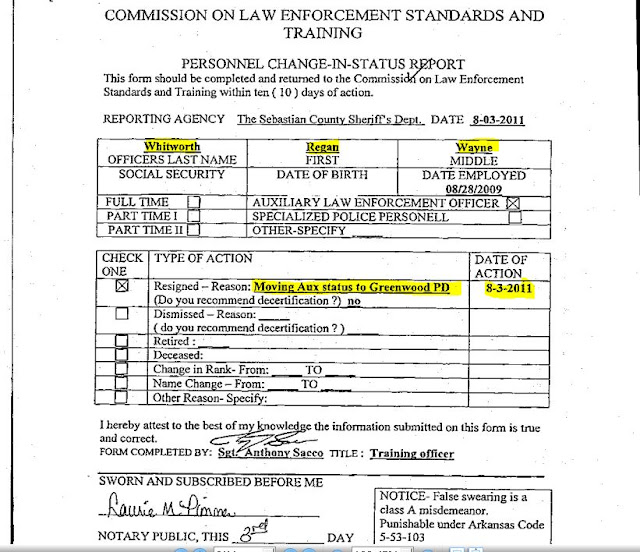 A request was made to the Arkansas State Police for video from the trooper's dash camera that responded to the accident. 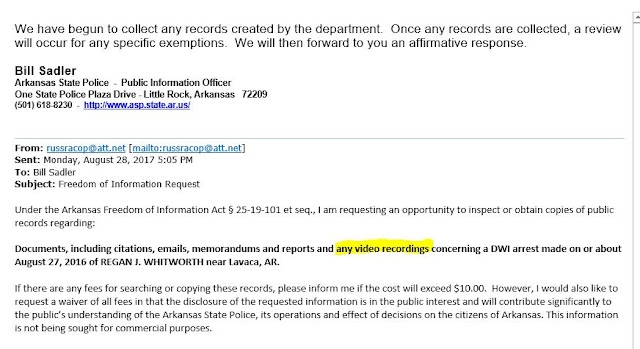