With some dogged prodding, we were finally able to get the Arkansas State Police to provide all the 911 calls that were referenced in the report regarding the accident investigation.

Asa III called 911 shortly after the accident.  He was not sure where he was exactly and he told the 911 operator that he was heading north.

Then a passerby called to report the accident and told the same 911 operator that the accident occurred in a south bound exit lane off I-49.

Too drunk to realize that he had already called 911 once, Asa III called 911 a second time, much to the shock and amazement of the 911 operator.

Then a Fayetteville Fireman called 911 dispatch to report that Asa III was intoxicated and gave specific details where the accident had occurred.

Asa III's speech is slightly slurred, not nearly as slurred as it was a little later when the State Trooper arrived, but it is clear that he is not all there. 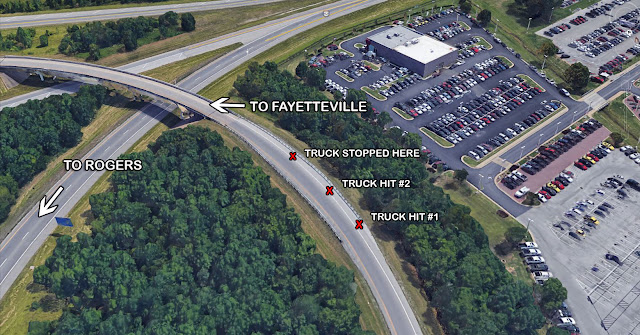 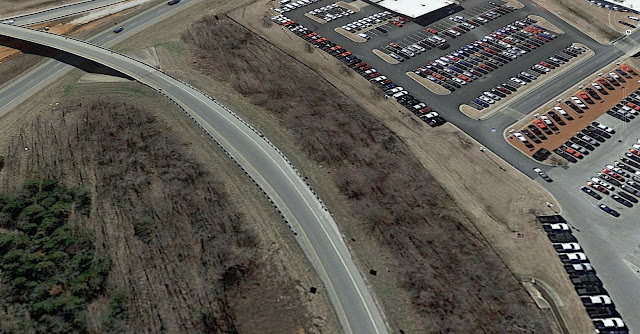 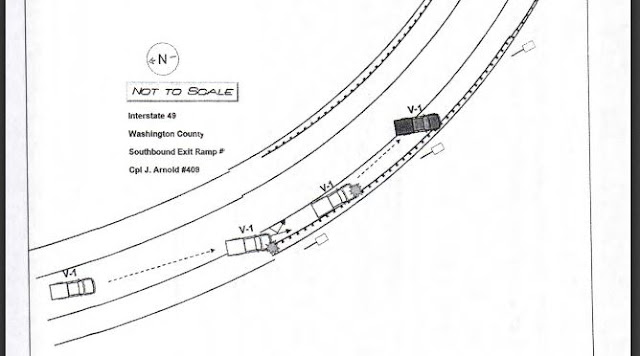 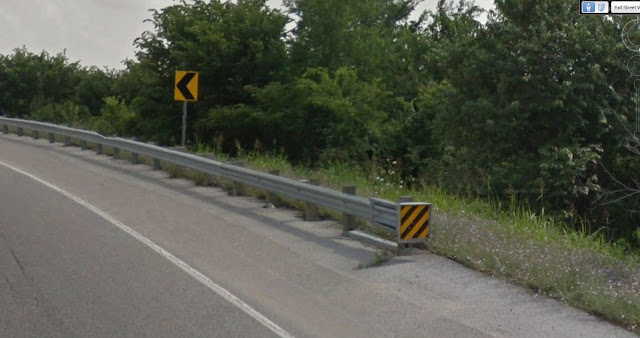