Need an accident report? Arkansas Court of Appeals rules you can take a photo of it or copy it with your own equipment for free

Back in May, the Arkansas Court of Appeals ruled that an individual can inspect and take photos of accident reports or scan them with their own equipment all free of charge.

That ruling was in an appeal of a case filed by Little Rock Attorney Ben Motal, who had attempted to take a photo of an accident report at LRPD headquarters using his cellphone in October 2018.

Motal appealed Judge Pierce's decision and the Arkansas Court of Appeals ruled that Motal's rights had been violated and reversed the decision of the lower court. 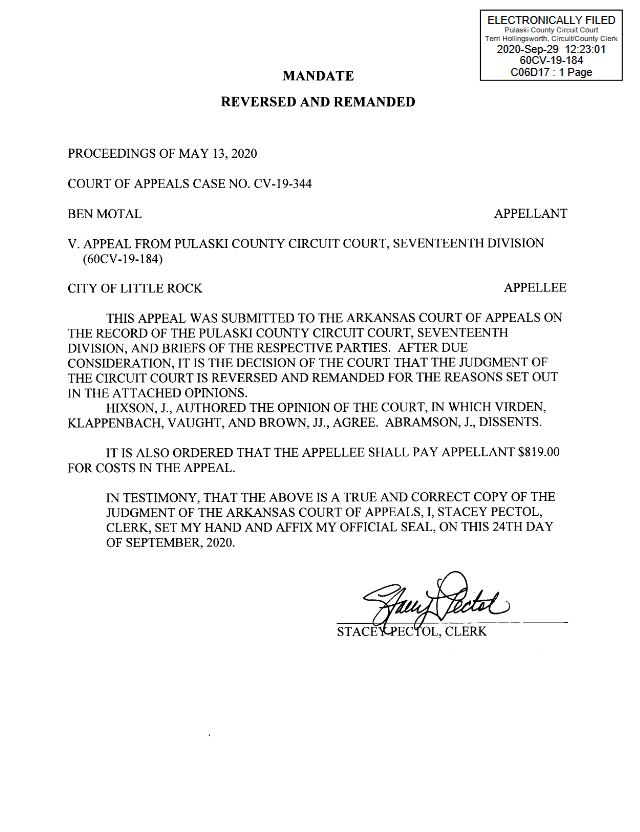 LRPD and the city were poorly represented by deputy city attorneys Caleb Garcia and Drew Middlebrooks according to the Opinion filed by Judge Kenneth Hixson.

Obviously, these two were not the top of their class and ended up taking steady public employment instead of going out on their own when no law firm made them offers.

The city has lost several similar lawsuits that we filed over FOI violations and will surely lose the ones we filed this year that are pending in Pulaski County Circuit Courts.

While the feckless mayor and the corrupt police chief claim transparency, no previous administration has had some many lawsuits filed against them for transparency/open records violations.