Records on file with the Arkansas Secretary of State and the Pulaski County Clerk reveal that the appointed superintendent of the Little Rock School District never moved his voter registration to Pulaski County from Benton County when he was hired by Arkansas Department of Education Director Johnny Key. 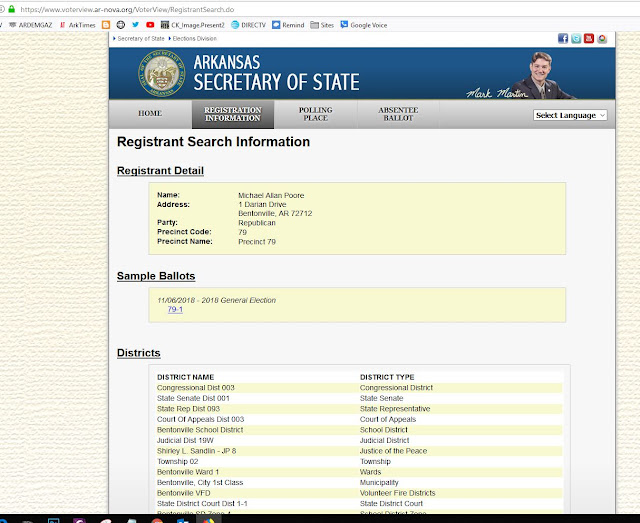 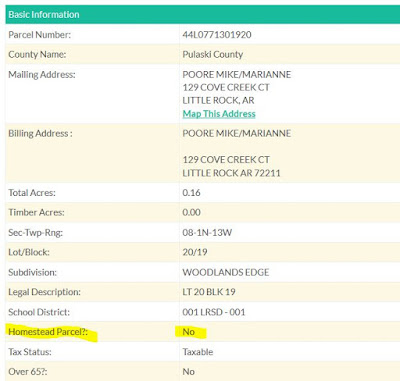 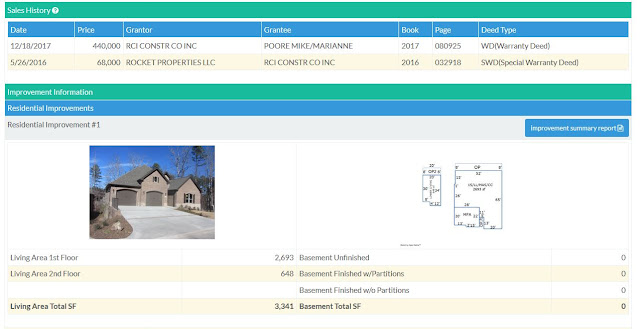 Where he lived in the city prior to that is unknown. Perhaps he stayed in a hotel during the week and went back to Bentonville on the weekends as he still owns a home there. 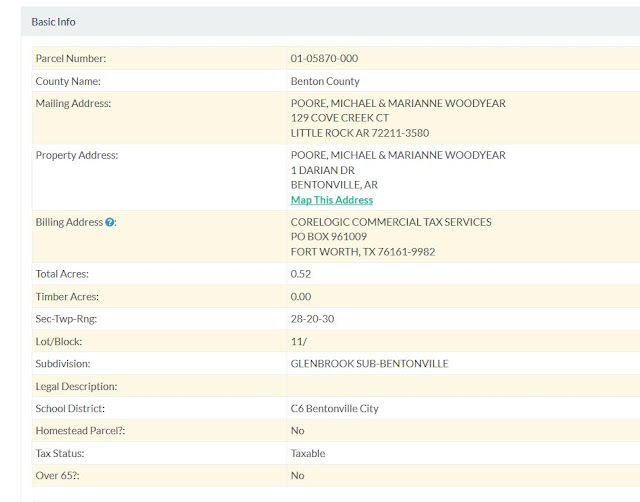 Poore was all over TV and at a couple of board meeting encouraging Little Rock voters to pass a millage increase to benefits Little Rock schools last year.

But how committed can you be to a community when you don't even bother to change your voter registration so that you can vote for the tax increase you are calling for?

Poore should be embarrassed and resign.

Johnny Key needs to give control of the Little Rock School District back to citizens now and let them elect a school board and hire a superintendent of their choice.

Registering to vote in the county should be a requirement, just like residing in the city.

***
You can watch and see if Poore changes his voter registration by clicking here.
Type in Michael Poore and input his date of birth, 8/17/1961.

***
We also received information from a highly reliable source that Poore had issues with credentials when he arrived in Arkansas. He lacked the required education for certification to be a superintendent. His GRE source were so low that Harding University had to waive admission standards to accept him.  More on this later.

***
Interesting reading from the blog of Judge Wendell Griffin, Justice is a Verb!, about that millage election.  http://wendelllgriffen.blogspot.com/2017/04/the-little-rock-school-district-millage.html

Wonder what Judge Griffen thinks about Poore not bothering to register to vote to support the millage he was asking Little Rock residents to vote for?

The term mercenary educator pops into our mind.